Wife, mother and grandmother Janet Disney passed away just weeks after being diagnosed with a primary malignant brain tumour. She had lived her whole life in Wellington, Somerset, and was married to Steve for 36 years. The couple were members of the United Reformed Church and Janet, a keen baker who loved her holidays, was 74 when she died in June 2015.

“We had to wait for the scan results. We told the consultant we were due to go away for a few days to our caravan and it was agreed we should still go. As it happened, we were on our way to Dorset when the call came. It was devastating and I was in tears as I was told that Janet had an inoperable brain tumour on the left hand side and that, eventually, her right side would diminish. In fact, her whole body was affected for the last six weeks or so of her life. She relied on me completely for the last month and, as any husband would, I did everything for her.”

Janet and I were both working at Dairy Crest in Wellington when we met. She was working in the canteen and we shared a joke or two. She was married at the time but things didn’t work out and, to start with, I was her shoulder to cry on. It wasn’t love at first sight or anything like that but we grew close and eventually married on 17th March, St Patrick’s Day, in 1979. Janet, the eldest of eleven children, was 12 years older than me but age simply didn’t come into it and we were very much in love.

Janet had two sons from her first marriage, Simon who is now 50 and David who is 56. Sadly we were not able to have children together and I grew into the fact that I would not be a father and we got on with enjoying our life together.

We settled together in Wellington. Janet had been there all her life while my father was born in the town and returned there from Southall, London, after the war. It is a wonderful place with friendly people where life is slower and the air fresher than London.

Together we enjoyed some wonderful holidays – Janet loved to do the competitions in Take a Break and the first time she boarded a plane was for a sixteen-and-a-half-hour flight to Bali where we stayed for 10 days all-inclusive after she won a prize. We also travelled to many of the Mediterranean islands, Tunisia and France. We both enjoyed Janet’s competition wins which included a Valentine’s weekend to Bruges and she also got to do a supermarket trolley dash! We loved camping and had a caravan in Blandford Forum, Dorset.

The United Reformed Church became an important part of our lives. We were married there having been turned away by other churches as Janet was a divorcee. We enjoyed being part of the fellowship which the church gave us and we got involved in helping out and fundraising. Latterly, Janet was treasurer.

As we approached Christmas 2014, Janet wasn’t herself. She was having lapses of memory and, at first, I thought she might have Alzheimer’s disease. Janet realised there was something wrong but she put it to the back of her mind and just carried on. I kept an eye on her and in February we went to the doctor where Janet was examined. It was decided she should have a brain scan just to be on the safe side but I remember the doctor’s words: “I don’t think there is anything wrong with your brain.” How wrong that was. Despite the fact we were referred for an emergency scan, it was two months before the appointment came through. Two days later we had a call to say there was a shadow on Janet’s brain and she was called back for another scan.

We told the consultant we were due to go away for a few days to our caravan and it was agreed we should still go. As it happened we were on our way to Dorset when the call came. It was devastating and I was in tears as I was told that Janet had an inoperable brain tumour on the left hand side and that, eventually, her right side would diminish. In fact, her whole body was affected for the last six weeks or so of her life. She relied on me completely for the last month and, as a husband would, I did everything for her.

The doctor couldn’t say how long we would have together but in my heart I thought we would have another three months or so. Her condition was deteriorating but despite that we still planned our holiday for the following year and talked of going to Ireland to celebrate what would have been our 37th wedding anniversary.

Janet was put on the highest possible dose of steroids and although this alleviated the swelling in her brain it caused her blood sugar level to become dangerously high. She was admitted to hospital to get this under control but just wanted to get home. I knew it was her wish to die at home. We got her home at 8.30pm on Friday and, as usual, I made her as comfortable as I could. I was clearing some things out of the room and when I stepped back in she had passed away. She did not suffer and it was just as if someone had turned a light switch off, in a way it was so beautiful.

I have a positive outlook on life and, because of our strong faith, Janet and I had no fear of dying. I am getting on OK by myself, keeping busy with the cooking, ironing, and the garden. I was working in the security industry until the summer of 2013 and I’m glad I left work when I did as it meant I spent the last two years of Janet’s life at her side.

Next year I am planning to walk 630 miles along the South West Coast path. I will be raising money for Brain Tumour Research in memory of Janet and I want to do all I can to prevent other families going through what we have endured. It is shocking to learn that just 1% of the national spend on cancer is allocated to this devastating disease.

Janet would no doubt have thought I was mad to take on a challenge like this but I am looking forward to it. I will always miss her of course but I know that she is here with me. 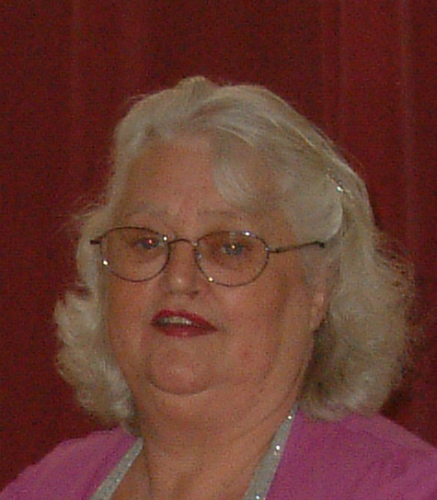