Paul and Helen never anticipated that their wonderful family life with their much-wanted daughter Matilda would come crashing down with Helen’s diagnosis with an aggressive brain tumour. In the four and a half years she survived with a glioblastoma multiforme, Helen underwent surgery four times as well as chemotherapy and radiotherapy treatment.

Here is Helen’s story as told by her husband, Paul…

I first met Helen in 1999 when she and I both worked for the same radio group. We were at the annual ‘bootcamp’ training event in Bristol and it was shortly after she had split up with BBC Radio 1 presenter Chris Moyles. We met up again the following year at the next bootcamp and got on really well, and then in 2001 finally got together. Our first official date was on Brighton beach on New Year’s Eve of 2001, so that day was always a very special anniversary to us.

Within six months of getting together we were practically living together. We bought our first house in 2003 and got married in 2005. The day was absolutely awesome with just a small number of family members and closest friends. In the evening, we had a fancy-dress party, to which we invited around 200 guests. The theme was TV and movie stars, with a fish and chip supper from a van.

We both desperately wanted a family but Helen didn’t get pregnant. Eventually we started on IVF and, on the third round, Helen found herself expecting. The pregnancy was fine until Helen went into labour and gave birth at just 25 weeks and 3 days. Our daughter, Matilda, was only 1lb 13oz and had to be resuscitated. She was then due to have heart surgery until, on the day itself, it was found that the hole in her heart had closed up. 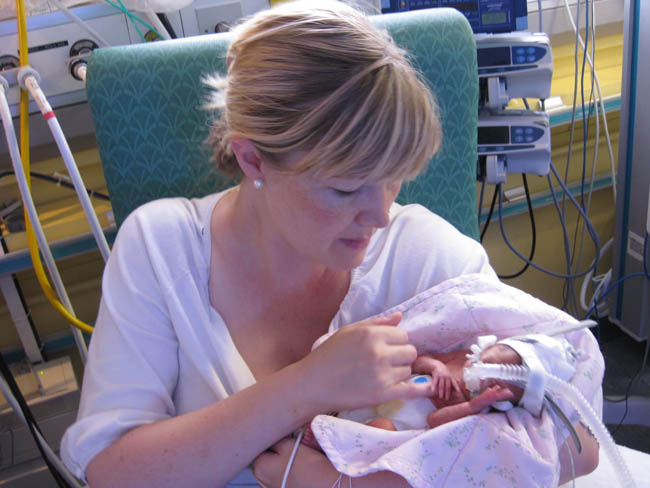 Looking at Matilda now you wouldn’t know she had endured such a difficult start. I am so proud too that she is doing so well. Despite having been born prematurely in July 2010, she is in the year ahead at school compared to where she would have been if she had actually been born on her due date in October.

“It was a massive shock to learn that Helen had been diagnosed with an aggressive glioblastoma multiforme (GBM) in October 2014 when Matilda was just four, with the added heart-breaking news that the average survival for this type of brain tumour was a mere 14 months.”

After an awake craniotomy and subsequent radiotherapy and chemotherapy, Helen took a year out to recover. I like to think of 2016 and 2017 as her ‘Golden Years’. She had no treatment and no reoccurrence and even managed to get her driving licence back for six months. Helen threw herself back into being a mum, a wife and a radio presenter. I sold my first business in 2016 in order to spend more time at home. We had seven or eight holidays during that time; weekends away together when Matilda went to her grandparents and lots of family trips. 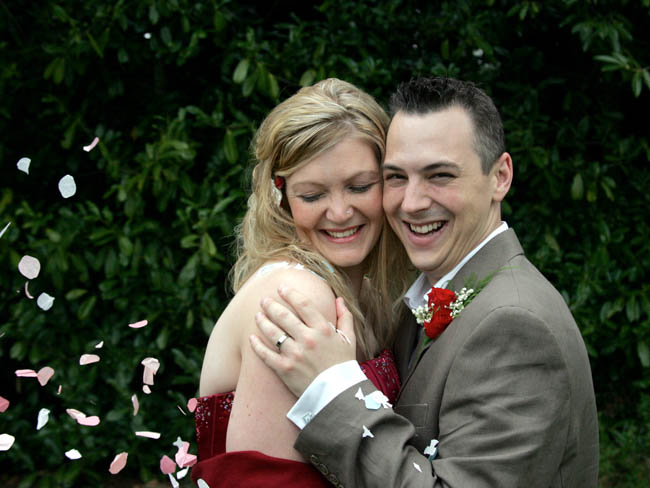 The only advantage of knowing Helen was going to die years before she actually did was that I knew I had to step up and be prepared to not have a wife and to be a single parent.

Sadly, in early 2018 a scan revealed new growth and Helen underwent a further awake craniotomy. She then suffered a subdural haematoma, which can be an unfortunate side-effect of brain surgery, which left her unable to walk. Four holes were drilled into her head to relieve the pressure and this made an immediate difference. Helen then underwent further radiotherapy and chemotherapy. The surgery and radiotherapy knocked her out completely. It was an awful year for her, but also for me as I stopped being just a husband and became her carer as well.

By the end of 2018, we learned of yet another reoccurrence.

“It was then that Helen and I realised that nothing was going to stop the progression of the tumour. She had to accept that she wasn’t going to achieve her goal of seeing Matilda through university, or even through primary school.”

Previously, Helen had experienced partial seizures affecting her movement and speech and was on lots of anti-seizure medication. Her arm would start moving and she wouldn’t be able to talk or would rapidly repeat what she was saying. By the end of 2018 her mobility had reduced again, with each day showing further deterioration.

Further surgery was scheduled and then cancelled on the morning itself. We had to wait another week for the operation to take place and in that week, Helen became wheelchair-bound. Because of her paralysis, the neurosurgeon explained that she would not now be able to have an awake craniotomy and that there would be a very high chance she would be left permanently disabled. This is pretty much what happened. 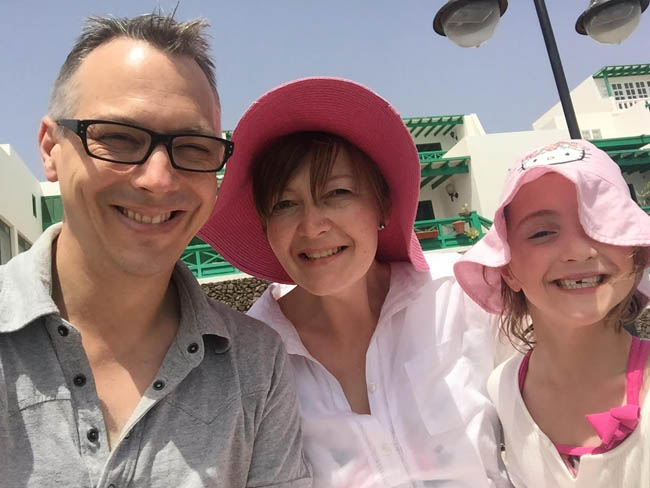 “If I had had my time again, I would have tried to persuade Helen not to have this final surgery, even if it that meant she would have died a few months earlier than she did.”

Helen spent two months in hospital recovering in the stroke ward, which was terrifying, especially for Matilda coming to see her mum. Nevertheless, the physios were amazing and Helen did manage to regain some use of her arm as well as learning to walk again with the use of a quad stick.

Ahead of her coming home, we put in a stairlift and created a downstairs bedroom.

Helen underwent radiotherapy, despite being warned by the consultant that she could lose all mobility and the progress she had made in the stroke ward. He was right. It completely knocked her back and she became wheelchair-bound again and increasingly dependent.

By this time, I was Helen’s carer, acting as a single parent, whilst also the sole breadwinner with my own business to manage. It was a very tough time and I really struggled, even with so much help from our friends, and carers coming in four times a day. Helen and I argued a lot, having never really argued before. Neither of us was happy. It was hard to see her deteriorate every day, including in her speech. Sometimes she couldn’t even hold onto her thoughts.

The family home was strained, and our house felt more like a care home. Yet there were still moments when we sat together and watched TV or looked at photos, which was lovely. Helen was constantly trying to reassure me that she was still herself and even painstakingly made me a playlist of our favourite songs.

In April 2019, Helen went to Willen Hospice in Milton Keynes for what turned into a month-long assessment and treatment. When she was admitted, she could still feed herself and self-transfer onto the toilet, even if it took her many minutes to do so. By the time she left Willen, she had deteriorated. She’d stopped being able to do her own personal care, couldn’t transfer out of her wheelchair, and her speech was awful. Everything happened so quickly. 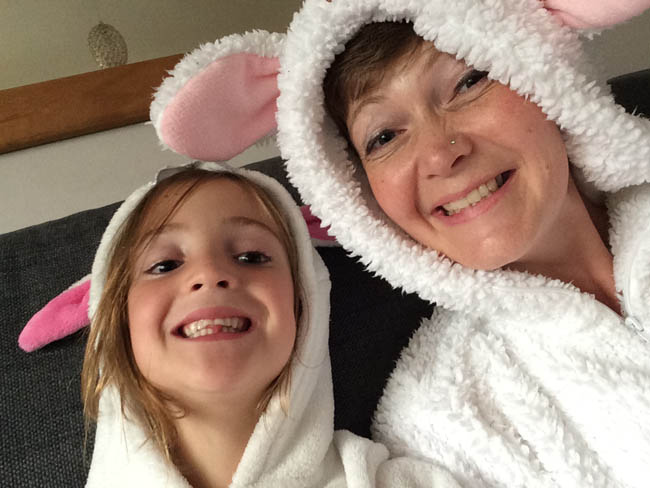 Then Helen started having seizures again, so she had an emergency MRI which showed massive growth in her tumours. We were told there was nothing more they could do. Helen came home for her last few weeks. I relaxed at this point. So did she, and Matilda too.

“We all knew what was going to happen: that Helen was going to die, and we accepted it. Despite being relaxed about dying, Helen expressed her sadness that she wasn’t going to see Matilda grow up and her sadness about leaving me.”

Helen was given 14 months to live but actually survived four and a half years. The downside, however, was the end for her, our family and friends was horrible – I wouldn’t wish it on anyone. If we had lived in Switzerland, things would have been so different. My entire view on assisted dying changed during her final 10 days back in the hospice.

Helen passed away on 18 June 2019, with me, her parents and sister, as well as a few of her closest friends by her side. We were chatting and laughing and listening to A-ha, Helen’s favourite band.

Helen’s last 18 months were very cruel. It was especially horrible to put Matilda through this. She is now benefitting from art therapy and my recovery has been so much better since I started going through counselling.

“Helen may have died last June, but I lost my Helen a long time before that.”

Matilda and I are getting on with our lives, having fun and looking forward to moving to a new home shortly. We had a lovely long holiday together in Cornwall last August and I am looking forward to taking her to Walt Disney World later this year for the first time. Sadly, we weren’t able to do that with Helen.

GBM is absolutely devastating, aggressive and incurable and the most common type of primary brain cancer in adults. Because of the diffuse nature of GBM, tumour cells are almost always left behind following surgery, so radiotherapy and chemotherapy are the next stages of treatment. 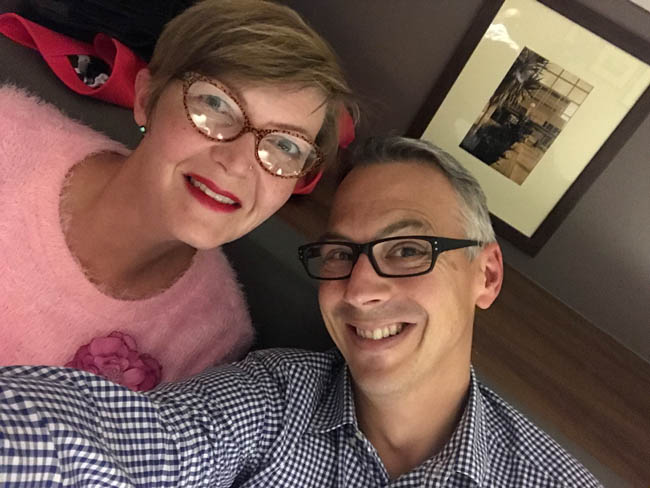 Helen was a very healthy woman in her 40s – she didn’t drink and didn’t smoke. Aside from what is offered for GBM on the NHS – a treatment protocol which has barely changed in decades – Helen also tried repurposed drugs, sometimes went to a hyperbaric oxygen chamber in Milton Keynes and took many supplements a day including cannabidiol oil.

The only way we can bring about better outcomes for brain tumour patients is through investing greater funds into research. I hope by helping to raise awareness, I am doing my bit to bring forward the day when a cure is found and families will no longer hear that a loved one has been handed a death sentence, like mine did.

You can read Helen’s own account of her story up until December 2015 here.

If you have been inspired by Helen’s story and would like to know more about our lobbying, research updates and fundraising opportunities, please sign up to our weekly e-news. 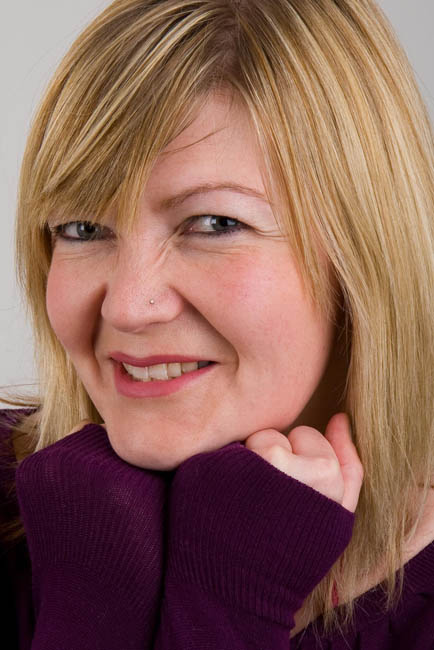