Young Finn from Barry in Wales was just 12 when he died from a diffuse intrinsic pontine glioma (DIPG) in July 2018, almost a year after his diagnosis. After experiencing double vision, a trip to the optician led to Finn being referred for an emergency scan at University Hospital of Wales, in Cardiff. The scan revealed devastating news of an inoperable mass on his brain stem which carried with it a stark prognosis of nine to 12 months. Despite radiotherapy to prolong his life, Finn died six days short of a year after his diagnosis and never got to meet his nephew.

To help her process Finn’s death, sister-in-law, Alana has written a book to share Finn’s memory with her young son, and other families who may have found themselves in the awful situation of having to explain a brain tumour to a child.

Here is Finn’s story, as told by his sister-in-law Alana…

It took about 18 months after Finn’s death for me to complete ‘ A Guardian In The Sky’. I found the process cathartic, helping me through my grief, which was delayed due to the birth of my son, Luca.

I wrote the book for Luca. So he could understand why Finn was no longer with us. 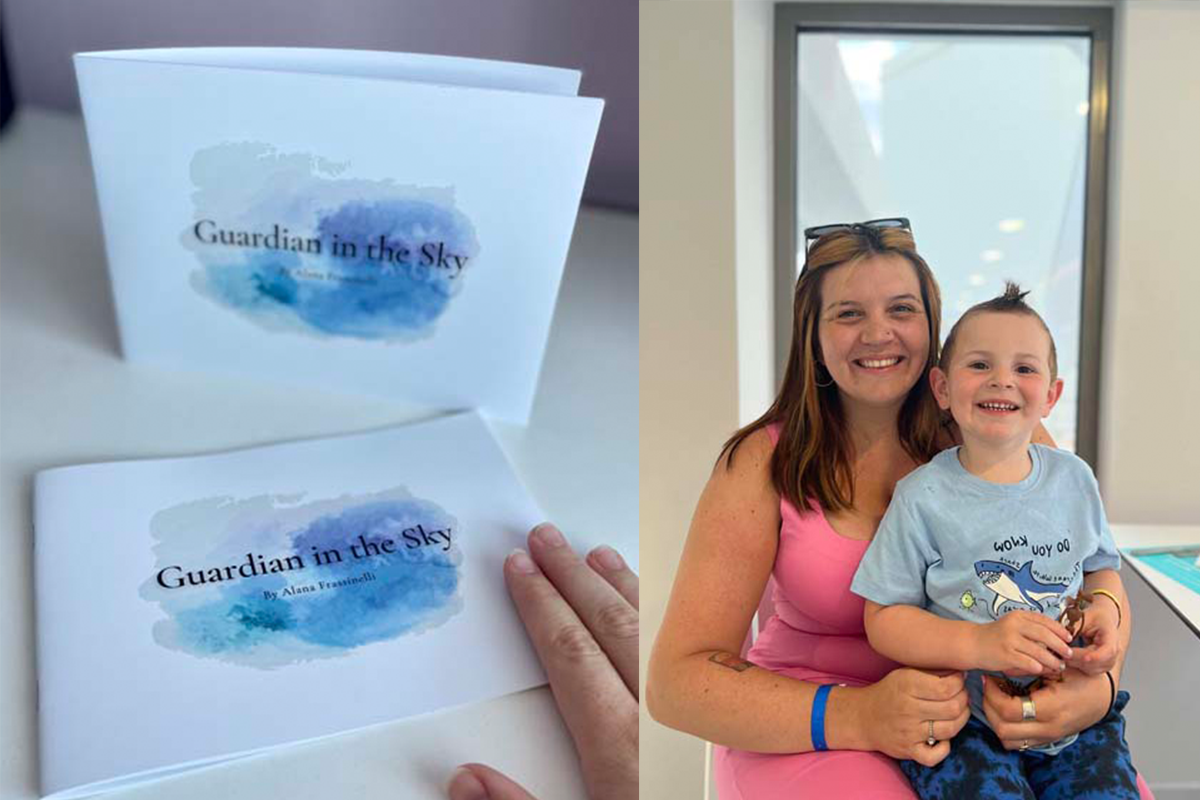 Even though Finn isn’t with us anymore, we talk about him all the time and the book was a way of keeping his memory alive. He would have been such an awesome uncle – he even came to one of the scans with us and was excited to meet his nephew but sadly died when I was 32 weeks pregnant.

Finn was in my life for a year before he was diagnosed. He was such a polite little boy, sometimes quiet – other than when he would be gaming on his Xbox and his mum would have to ask him to keep the noise down. After he was diagnosed in 2017 the whole family saw a change in his personality – it’s scary to think that a brain tumour can change someone so much. From being a polite well-mannered young boy who never swore, to saying exactly what he thought and using language I’d never heard from him before was a shock – we used to call it ‘tumour humour.’ Although he remained polite most of the time. 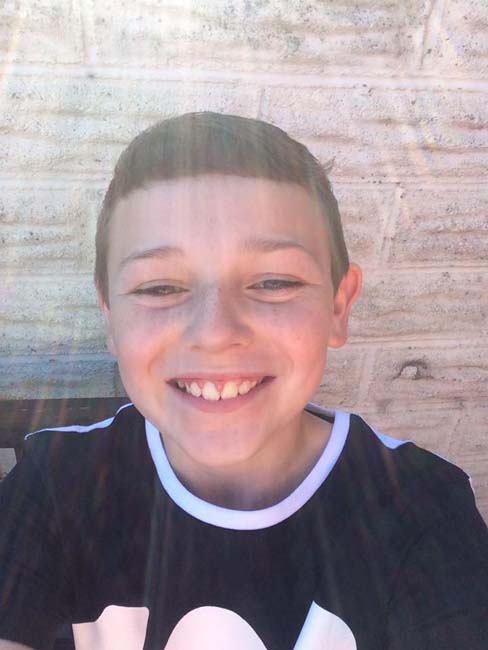 In July 2017, Finn started to experience double vision which prompted his parents, Lee and Joanna to take him to get his eyes tested. After the appointment the optometrist referred Finn to University Hospital of Wales as a matter of urgency and an MRI scan showed a mass on his brain.

I was performing in a musical when I checked my phone and saw missed calls from Finn’s brother Jesse, who was my partner at the time and is Luca’s dad. A text on my phone read ‘somethings wrong with Finn, we are at the hospital and it’s not good.’

Finn was diagnosed with a diffuse intrinsic pontine glioma (DIPG) which is a fast-growing tumour and carries with it a terminal diagnosis.

“It was as blunt as ‘take Finn home with this medication and make some memories’.”

Shortly after his diagnosis, Finn developed a turn in his eye and needed to wear glasses. He started radiotherapy treatment, not to cure the cancer but to offer some kind of extension of his life expectancy which we were told was between nine to 12 months. 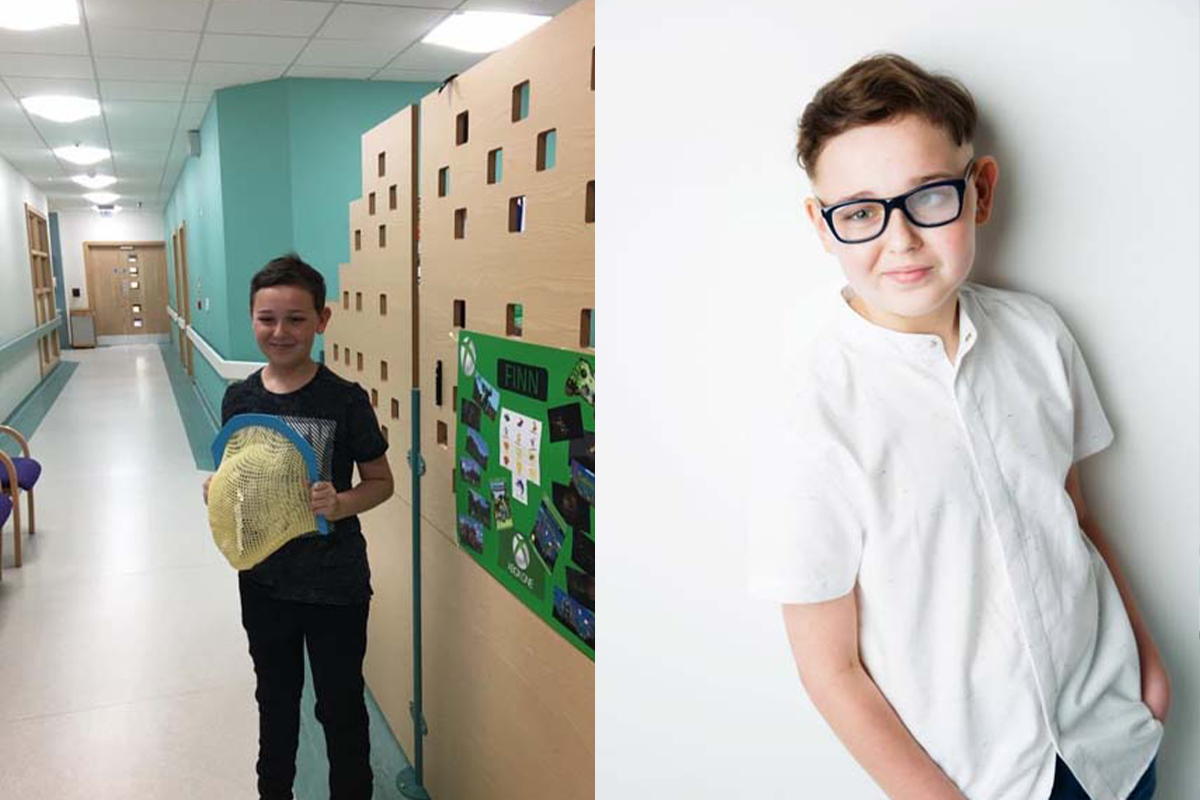 He remained strong throughout his treatment and would often say ‘I’m going to beat this' even though the stats around patients diagnosed with a DIPG living beyond 12 months is less than 1%.

As well as blurred vision, Finn gradually became less mobile, eventually getting around only by using a wheelchair but he remained positive.

As he went through radiotherapy, he seemed even more determined with each session that he was going to beat this disease and became incredibly strong willed.

His breathing was impacted by the tumour and with every unusual sound he made, we would leap to his side in panic checking he was OK, there was the odd occasion where we needed to ring emergency services to the house, and he would be discharged until the next episode.

In February 2018, Finn was rushed to hospital and doctors prepared us for the end of his life – Finn’s dad, Lee described that as one of the worst nights since diagnosis.

Finn was given steroids and fluids and then the next day he was able to sit up and talk and from February until July, when he died, Finn was cared for at Tŷ Hafan Children's Hospice in Sully, the corridors of which have the handprints of all the children who have stayed at the hospice, Finn’s included. 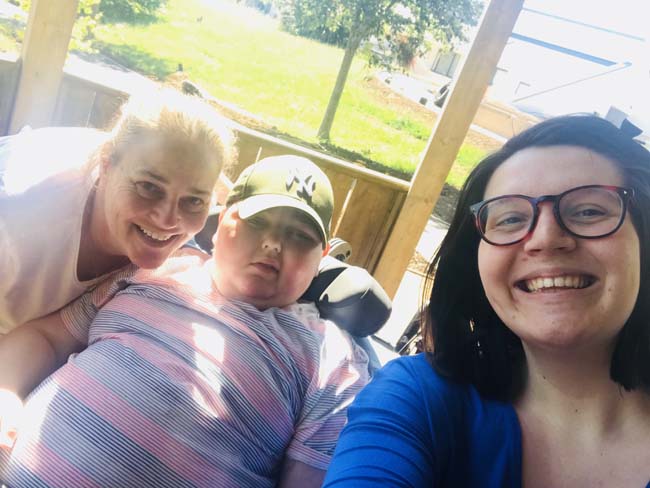 At times it was unbearable to see this polite boy go through so much trauma over what felt like an eternity.

Despite losing the ability to use his hands, the day before he died, Finn painted an apple tree with his fingers. It was such a special day and that illustration sits in the front of the book I wrote.

So much credit has to go to Finn’s immediate family. His parents, Lee and Joanna are the most amazing people and parents I have ever known. And his brothers, Jesse, Jack and Ross who were by Finn’s side throughout everything. 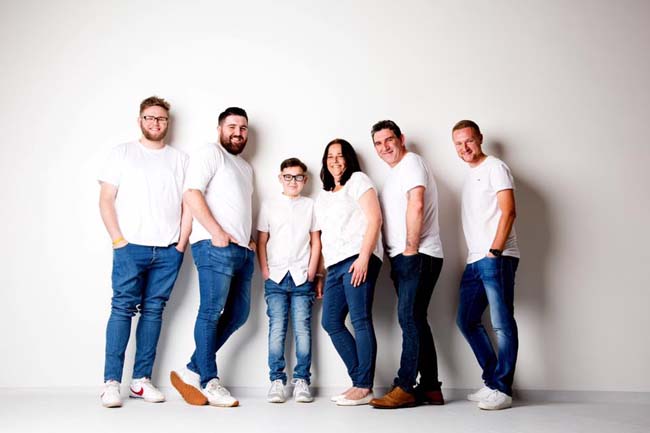 Finn was a lovely young boy, with a massive heart, a wicked sense of humour and he has left a hole in our hearts which can never be filled.

As part of Finn’s legacy, we set up Finn’s Foundation which gives cash grants to families of children with terminal illnesses to try and lift the burden of financial worries during end-of-life care, 20% of all donations go straight into DIPG research.

My hope is that by sharing Finn’s story, I can help loved ones talk to their young children and family members about loss and help keep the memory of the lost person alive. 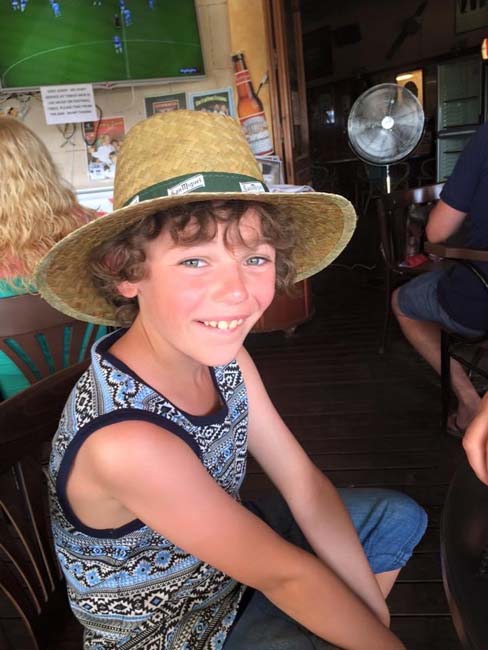