Duncan was an extremely intelligent, kind and thoughtful man. He was an avid fan of Formula 1 and Le Mans. In June 2015 he was diagnosed with a grade 4 glioblastoma multiforme. After an 18 month battle, he passed away aged 55.  During the last weeks of his life he endured severe mental torture until he was admitted to a hospice where doctors and nurses were able to adjust his medication to prevent him from suffering anymore.

Here is Duncan’s story as told by his sister, Gayle:

“Duncan’s passing has left a huge hole in my life, as well as the many people whose lives he touched. His funeral was extremely well attended with many people voicing how he had “changed their lives for the better”.  It seems so unfair that he was taken in his prime with so much joy to have and to give. I miss him dreadfully.”
Duncan was the oldest of 4 siblings; as well as me, he had another sister and a brother.

Duncan had numerous jobs in IT over his working career, but latterly he had been a Chief Information Officer for a number of years with various firms, the last being at Control Risks.  He was always very healthy and fit.  Duncan enjoyed playing rugby as a younger man and was a keen cyclist & skier. He had a flamboyant dress sense and loved buying and wearing his carefully chosen clothes. He was an avid car enthusiast and particularly loved Formula 1 and also Le Mans, having not missed going to the annual 24-hour endurance race for 32 years.  Hopefully, this year some of his friends are going to Le Mans in his memory.

In March 2015, Duncan had a cycling accident.  He was very badly winded, broke two ribs and incurred a shoulder injury.  His left side didn’t appear to be healing as it should so he had physiotherapy which didn’t seem to help.  When he began dragging his left foot, he was referred to a neurologist.

The referral, in June 2015, led to a subsequent MRI scan which devastatingly revealed that Duncan had a brain tumour.  Duncan underwent a full craniotomy at the Royal Marsden. His neurosurgeon, Simon Stapleton, (who was the protégé of the pioneering neurosurgeon Henry Marsh) deemed it a successful operation, but tragically the brain tumour turned out to be a grade 4 glioblastoma multiforme (GBM4).  Despite discovering that this was the worst possible tumour to have with a very low survival rate, Duncan, being a very positive person by nature, refused to read anything negative about his condition.

Duncan then started treatment with six weeks of radiotherapy, followed by chemotherapy continuing for a year. Although an incredibly difficult, stressful and tiring time for Duncan, he remained positive until a routine three-monthly MRI scan in August 2016 showed that the tumour had come back. It was at this point that the oncologist at the Royal Marsden advised Duncan to switch to second line chemotherapy.

Within six weeks, any hopes we still had were dashed completely when a further scan showed that the tumour was still growing apace.  We were advised that it would be better for Duncan to come off the chemo altogether to give him a better quality of life.  This was a
particularly harsh blow for Duncan.

Finally having to face the grim reality that he was dying, he understandably became very low.  He felt that he had always worked hard, and although he had spent money on his many interests, was conscious that he had enough money saved for his retirement. He felt he had been delivered a cruel blow to have his life cut so short, especially knowing he had so much that he still wanted to do.

In the last month or so of Duncan’s life, his mobility and mental capacity became badly affected by the growing tumour. We initially organised for carers to come in to give his medications and then either a friend or I would be there with him in the evening.  Duncan was usually up all night, constantly wanting to urinate or defecate, so very soon we were forced to move him into a care home to get him more help.  He was by now becoming very unhappy and paranoid. The staff weren’t able to administer enough drugs to keep him calm so after 10 days in the care home we decided to take him back to his flat with full-time carers in place this time.

Sadly, Duncan was deteriorating by the day and the district nurses were unable to give him enough drugs on their visits to keep him from his mental torture.  After another 10-day period, the Princess Alice found a bed for him at their hospice, where doctors would be able to get his medication under control.  Although it was heart-breaking to acknowledge that he was unlikely to ever come out, it was a relief for me to eventually see Duncan getting the correct dose of medicine which would prevent him from having such mental anguish.  Although the strong medications, along with the growing tumour, meant that he was unable to converse properly, at least he wasn’t in any pain anymore.

Duncan’s passing has left a huge hole in my life, as well as the many people whose lives he touched. His funeral was extremely well attended with many people voicing how he had “changed their lives for the better”.  It seems so unfair that he was taken in his prime with so much joy to have and to give. I miss him dreadfully.

When Duncan was diagnosed with the GBM4, I did start doing some research. Although I knew that survival rates for someone with his type of tumour are extremely low, I felt the best way to help him remain positive was to also keep that positivity myself – maybe Duncan would be one of the very lucky ones. I attended pretty much every one of Duncan’s appointments and it was only during the summer of 2016 that it became obvious to me that he wasn’t going to defy his prognosis.

I believe that part of Duncan’s legacy should be to raise awareness and funds for research into such an underfunded form of cancer.  He would be so happy to think that we are helping to bring about advances in science which will in turn lead to more effective treatments and better survival rates for people diagnosed with GBMs.  It’s such a cruel type of brain tumour, particularly for someone who was so young, healthy, bright and vibrant like Duncan. 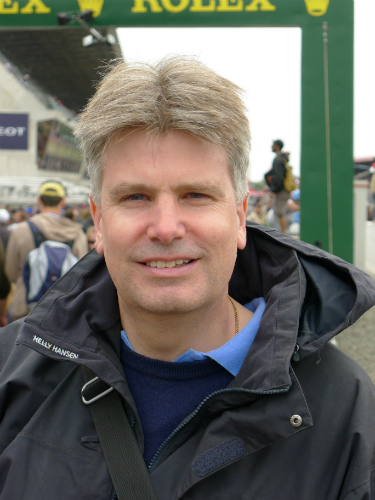