Daryl Owens was diagnosed with a grade 3 astrocytoma when he was 34 years old. He always stayed positive, approaching everything with a sense of humour, and his condition at one point stabilised. After two years however, Daryl began to deteriorate and in October 2018, three years since his diagnosis, he passed away with his wife Jude and his parents by his side.

Here is Daryl’s story, as told by his wife Jude…

Daryl was always more worried about others than himself, even after being diagnosed with a brain tumour. I remember when he came around from surgery, the first thing he said to us was: “sorry to worry you all.”

At that stage we weren’t sure exactly what was happening to Daryl. He’d gone to A&E a few days previously and after a CT scan was told he had a large mass on his brain but it never crossed our minds that it could or would be cancer.

It was October 2015 and Daryl and I had just moved into our new flat in London. I was 32 and he was 34. We were looking forward to decorating our new home and making plans for the future.

Help Fund the FighDaryl had been having crippling headaches for at least eight weeks but the GP told him it was stress or possibly a sinus infection. I could see he was getting worse though and before long he was suffering from double vision, hand tremors, sickness and fatigue. Everything moved so quickly from that stage and before we knew it, Daryl was in theatre.

"A few days after his operation, the surgeon told us that the mass was a grade 3 anaplastic astrocytoma in the left frontal lobe that couldn’t be cured but could be treated. We just sat in silence, not knowing what to say to such devastating news."

Eventually, Daryl asked if it was going to kill him to which the surgeon said: “yes”. Daryl then asked the prognosis and he said: “two to three years.” It was an indescribable moment but Daryl somehow stayed positive.

Daryl had always been a happy-go-lucky guy and we hit it off quickly after meeting at work around 10 years ago. He was the office joker and loved making people laugh but he always worked hard and was really down to earth. He loved his music, reading, sports and fitness and was a keen foodie and wine collector. 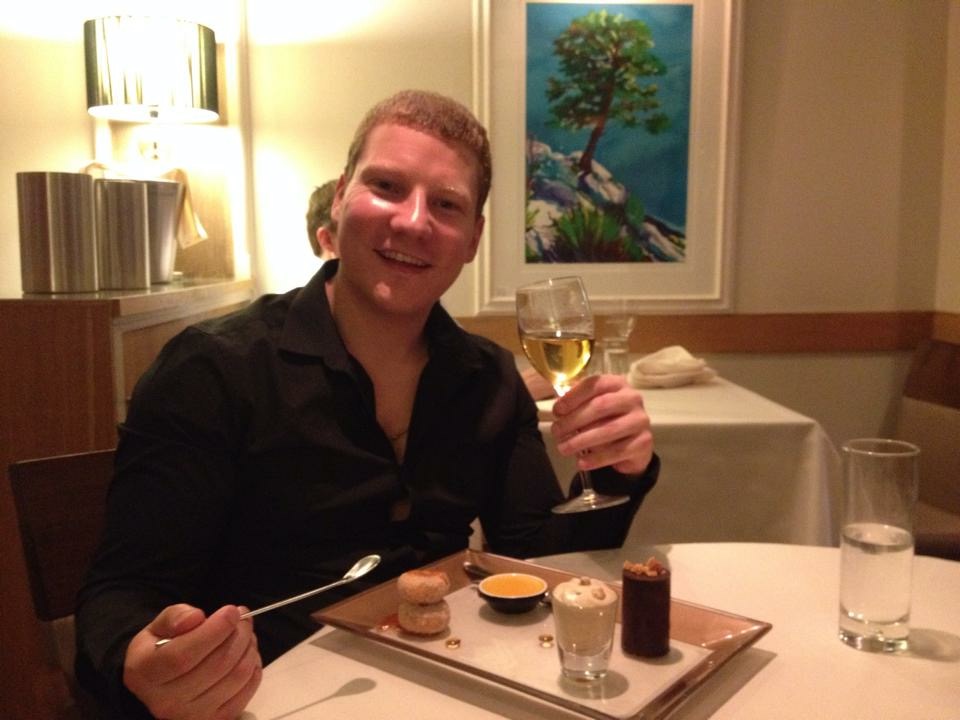 When we moved into our new flat in 2015, we looked forward to paying our mortgage off in years to come, getting some dogs and then moving to the countryside. Little did we know we would have just three more years together.

After his initial radiotherapy and chemotherapy, we switched Daryl’s care to Dr Paul Mulholland at University College London Hospital at the recommendation of a friend who also knew someone with a brain tumour and was doing well after having undergone immunotherapy. Daryl was lucky to have private healthcare through work which meant we could choose a consultant who specialised in brain cancer and could offer the latest treatments if it came to it. We just wanted him to have the very best chance possible. 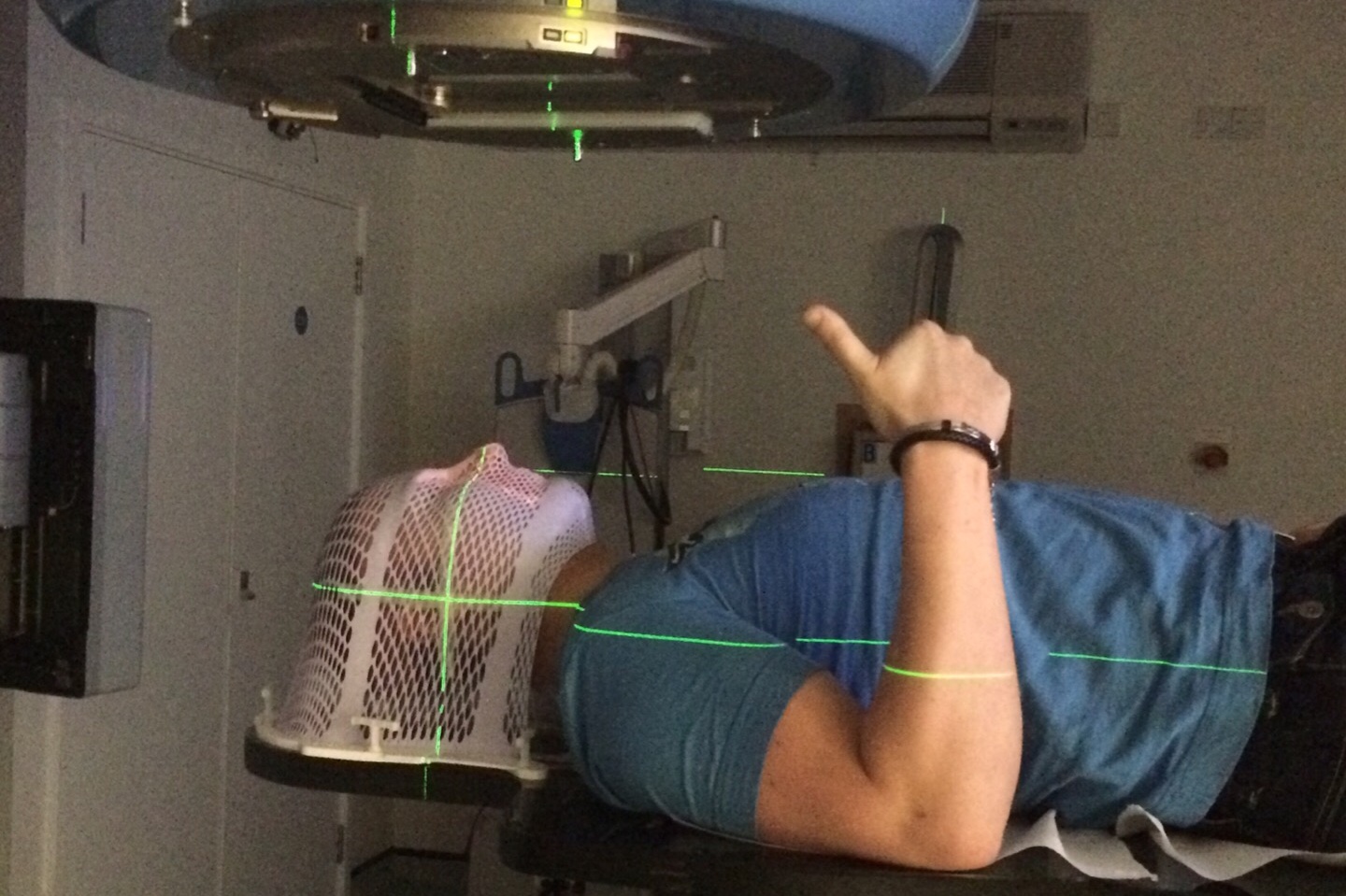 Our lives changed drastically throughout Daryl’s treatment: from going out eating and drinking, to having our days revolve around hospital appointments. However, it wasn’t all doom and gloom and, as strange as it sounds, I honestly cherished those times. After each appointment, we would walk for two miles as he was keen to try and keep up his strength and fitness, and find a café for some lunch or a cup of tea. We'd sit and chat and laugh about things then we would go home and spend the afternoon watching films on the sofa. It was quite an odd but strangely happy routine we'd fallen into. 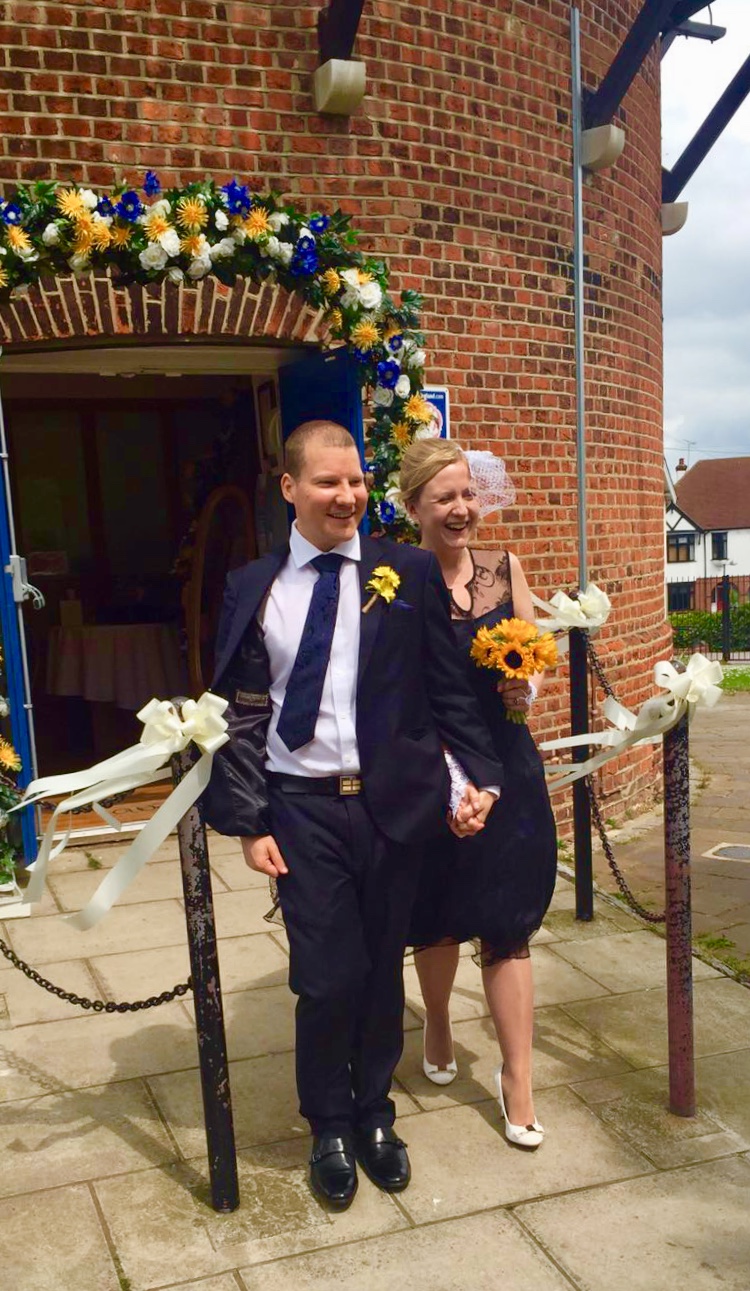 Although marriage had never been part of our plan, a brain tumour diagnosis has a way of changing your perspective on things so in May 2016 we tied the knot. We had a small ceremony in a windmill in Essex, followed by a boat trip down the Thames with our nearest and dearest and then a night at the Ritz.

"Daryl was always very private about his brain tumour. I think he didn’t want to be pitied or to be known as ‘the one with brain cancer' but he was still passionate about raising awareness of the disease."

He wouldn’t get down about his own situation but hearing about others with terminal cancer would really upset him – especially children.

So, in February 2017 Daryl joined a group of us for a four-hour spinathon for Brain Tumour Research. We raised nearly £6,000 towards research into brain tumours and it led to us visiting the charity’s research Centre of Excellence at Queen Mary University London. It gave us both hope that one day people won’t have to suffer at the hands of this disease. 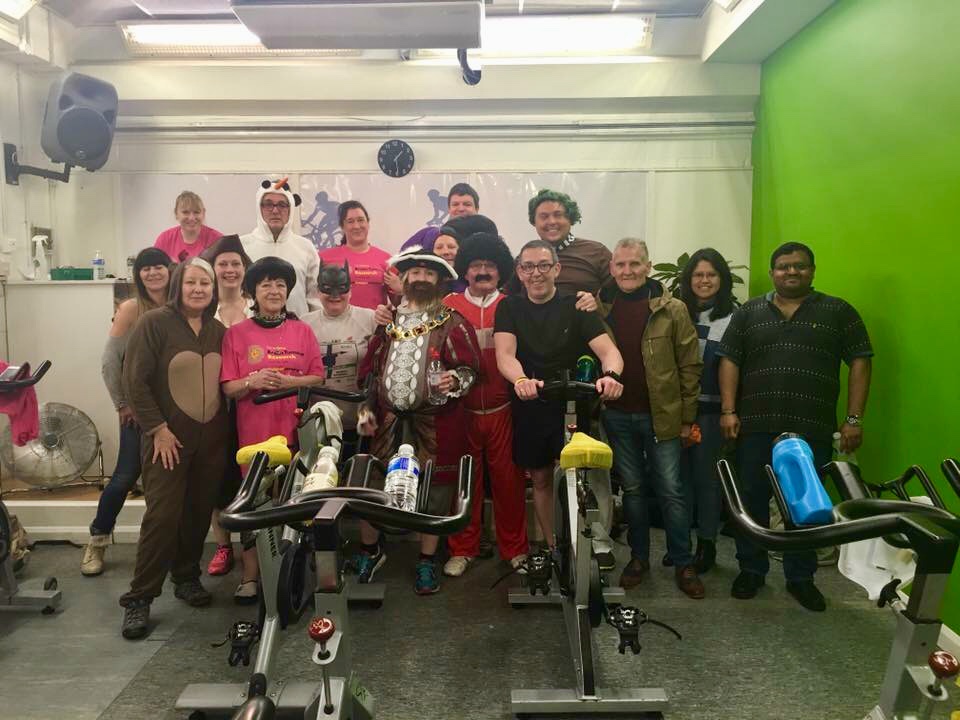 Knowing that the research probably wouldn’t save Daryl on time was really difficult for me to cope with and I battled with bad anxiety. As much as I tried to hide it from him, he could always tell if I was struggling.

"I felt guilty that he was worrying about me throughout it all but that’s just the type of person that Daryl was. What he found hardest about his diagnosis wasn’t the endless hospital appointments or constant scans but rather seeing how it was affecting his family."

On the whole, Daryl coped really well. He was always very positive but also realistic. Before hearing his scan results, he would say to me: “I know it will be good results this time but we need to prepare ourselves that one day it probably won’t be good.”

That day came in October 2017. We had just returned from our first holiday abroad since diagnosis to Santorini when Daryl had a funny turn at work and said he could ‘smell and taste the inside of his head’. I knew straight away that he'd had his first seizure. A scan the next day showed the tumour was growing – it was exactly two years since his diagnosis.

Further surgery wasn’t an option as the tumour was now so dispersed but he was given epilepsy medication and a different type of chemotherapy. Neither of these seemed to be helping and in January 2018, Daryl was having focal seizures again. New scans found the tumour had spread to his right frontal lobe.

Immunotherapy combined with yet another form of chemotherapy was our next hope but it seemed nothing could stop him from deteriorating. It was so hard to watch as he lost his speech. We asked him one day how he was feeling and the only way he could convey what was happening was to say: “I think the machine’s breaking down.”

In June 2018, treatment stopped altogether as the tumour was now a glioblastoma multiforme (GBM) and it was out of control. His mum Diane and I cared for him at home until September when his symptoms became unmanageable and it became obvious he needed hospice care. Until you’re in that situation, you think: “no husband of mine is going into a hospice” but you soon realise it’s the kindest thing you can do. We just couldn’t spend his last weeks at home with him in pain and me like a zombie with nothing left to give.

The team at St. Joseph’s Hospice in Hackney were incredible and made Daryl’s last weeks as comfortable and dignified as possible. On 7 October 2018, three years on from diagnosis, Daryl died with me, Diane and his dad Steve beside him. We miss him so much and still can’t believe that he’s not around but the one comfort is that he isn't suffering anymore.

"It’s important to me that Daryl is remembered for who he was and not for his brain tumour so I want to finish his story by reiterating just what a unique and selfless person he was."

His quick wit and dark sense of humour meant life was never boring with him. His care and compassion for others was beyond measure - even straight after his chemo appointments he would always give up his seat on the tube and help people with their cases up the stairs. I'm so, so proud to have been his wife and of the legacy he leaves behind... we could all do with being a bit more 'Daryl'

"I hope anyone reading his story will be inspired by his kindness and support research into brain tumours. This devastating disease took Daryl too soon but together we can help prevent more people being affected. Together we will find a cure" 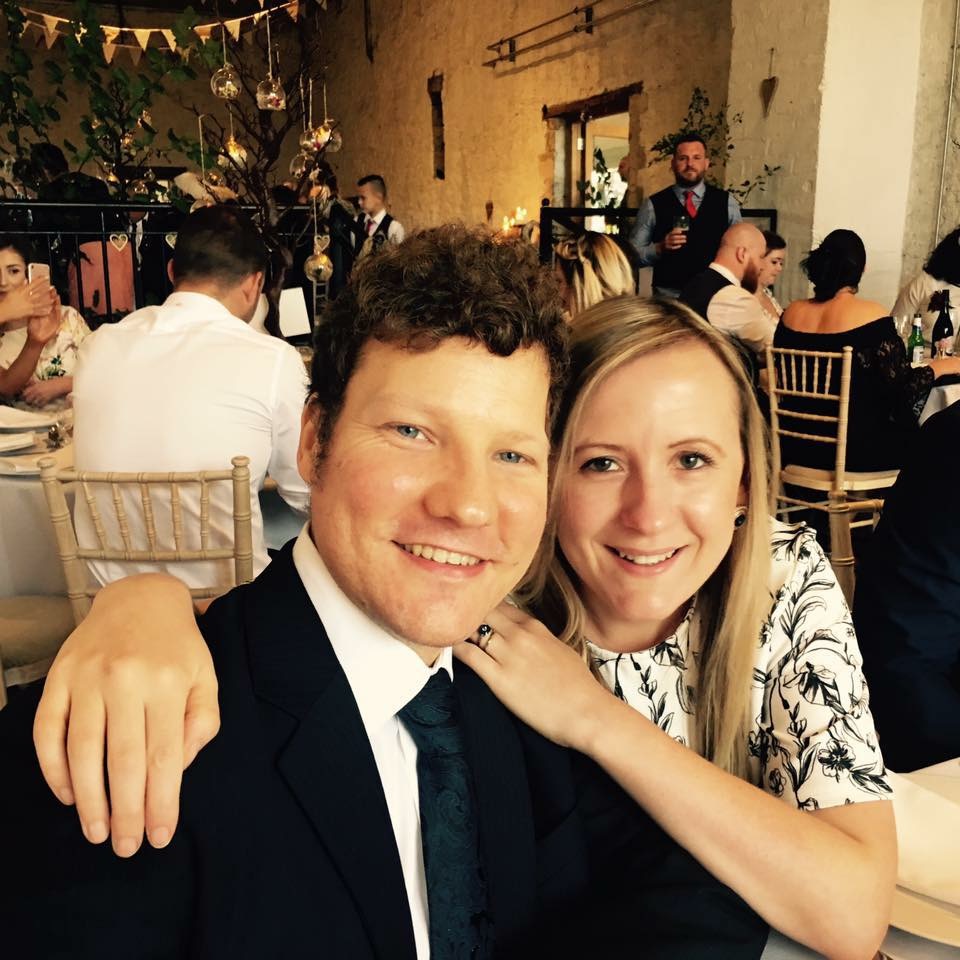 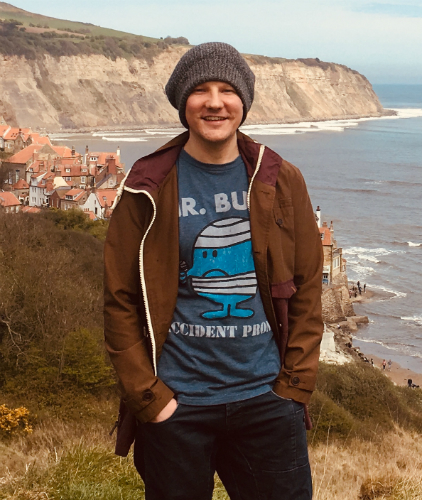