My brother, Danny, was a healthy, sporty, fun-loving young man but in 2010 he passed away, aged 36, with an astrocytoma brain tumour.  Just six months later in the same year, my wife, Maddie, lost her father to the same cruel disease.

“Danny passed away nine years after his diagnosis, aged 36
– yet another tragic example of the stark fact that more children and adults under the age of 40 die of a brain tumour than from any other cancer.  He walked his brain tumour path on his own, living with a gun to his head.
It makes me think all the more of him.”

My brother always lived life to the full.  Having got fed up with life on his Youth Training Scheme, he jumped on a train one day into Plymouth and joined the Navy, where he served for around six years before later becoming a sales manager, travelling round the country in flashy cars, still living it up.

And he was certainly still enjoying the high life, sinking the odd pint or three of Stella, when, in 2001, he woke up one morning and promptly fell downstairs, bumping his face on every step on the way down, as well as on some hall furniture.  His girlfriend found him covered in blood at the bottom, not looking very pretty, with various injuries to his head and face.  They thought the reason for his dramatic fall was that he had enjoyed one pint too many the night before!

Danny was taken to hospital and was about to be discharged when he had a seizure, which indicated to doctors that something more serious may be going on.  An MRI scan was performed, revealing a tumour in his brain.

Our world turned upside down.  Danny had always been the sporty one, from being a kid, to playing football for the Navy as a young adult.  Now he had a brain tumour.

Danny’s immediate concern was to protect his daughter from a previous relationship, who was five years old at the time.  He decided that, apart from taking medication for the epilepsy, he would not undergo surgery or any kind of treatment, such as chemo or radiotherapy.  Danny also moved house so that he could be closer to his daughter and be able to see more of her in the time he had left.

His family knew very little about his brain tumour journey because he was so secretive.  Danny always went for his consultant’s appointments on his own and if we asked about his illness, he would always gloss over the details.  The attitude in our family had always been to maintain a stiff upper lip and Danny certainly went along with that, particularly so that he didn’t upset his daughter or our parents.

The brain tumour affected the left side of Danny’s body, causing him to shuffle around, dragging his left leg.  Towards the end, he suffered with cognitive impairment and moved in with our parents.  He didn’t talk about his brain tumour with them and often ended up missing appointments, probably mainly because of his memory loss.

Near the end, Danny did agree to go through with a biopsy, but never asked his neuro-surgeon for specific details about the procedure.  I remember saying to him something along the lines of it being pretty straight-forward and that they would probably go up through somewhere under his arm. Afterwards, he gave me quite a bit of grief about “the massive axe-wound” he now had on his head!

The biopsy confirmed that Danny’s tumour was an astrocytoma which was by then inoperable.

Danny passed away nine years after his diagnosis, aged 36 – yet another tragic example of the stark fact that more children and adults under 40 die of a brain tumour, than from any other cancer.  He walked his brain tumour path on his own, living with a gun to his head.  It makes me think all the more of him.

Just after we lost Danny, and still in 2010, my wife’s father, Phil, was diagnosed himself with a brain tumour, passing away in three short months, aged 63 and only six months after Danny.

It is only through losing Danny and then Phil and reading Brain Tumour Research’s magazine that Maddie and I have realised what people with brain tumours go through.  It is a devastating disease for those diagnosed and their families.  Fewer than 19% of people with a brain tumour survive beyond five years compared to 50% for most other cancers, so maybe you could call Danny lucky in that respect, whilst Phil on the hand, survived less than a handful of months following his diagnosis.

Maddie and I have instigated Danny’s Dash – an annual fundraising event for Brain Tumour Research, involving an eight mile multi-terrain run, which this year raised £2,500.  The lovely thing about Danny’s Dash is that it has brought Maddie’s family and my family together, united with a common purpose. 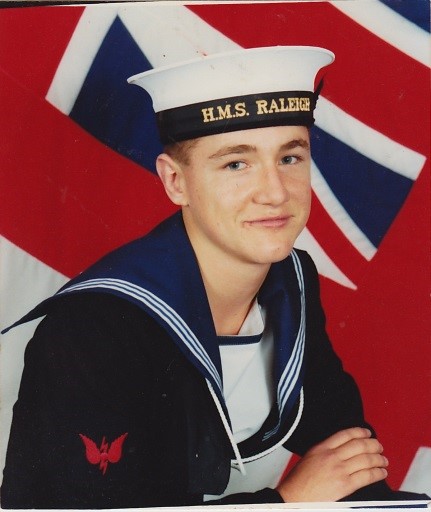