Passionate flat-green bowler Colin Shaw was 69 years old and 11 years into his retirement when he collapsed unexpectedly.  Initially thinking it was a reaction to malaria tablets taken in preparation for a forthcoming holiday, he and his wife were shocked to learn that he had an aggressive grade 4 glioblastoma multiforme (GBM) brain tumour.

With a second tumour discovered nine months later, Colin lost his fight only 18 months after the first diagnosis, with his family all around him.

“If there is such a thing as a perfect death, Colin had it.  We were all there, me and our three daughters, when he quietly slipped away.”

Here is Colin’s story, as told by his wife Barbara:

I met Colin in 1959 on a blind date.  We both worked on the fish dock in Hull, I was a clerk in a trawlers office and Colin was an apprentice fitter.

Colin’s career always had something to do with the sea.  After his apprenticeship, he joined the Merchant Navy, then worked on an oil tanker, followed by a time as a Superintendent Engineer for a fishing fleet in Lowestoft, and finally a General Manager of a shipyard in Great Yarmouth.

We married in 1963, while he was in the Merchant Navy.  His oil tanker job took him around the world, so we moved frequently for four years before coming back in the UK once he secured a shore-based job.  We settled in Blundeston and were blessed with three daughters: Helen in 1968, Clare in 1970 and Rebecca in 1974.

In 1997, Colin decided to retire early at the age of 58.  His father had died at that age from cancer, and he was convinced he would too.  He didn’t, of course, and spent many hours driving me around while I delivered meals on wheels, or playing bowls.

Flat-green bowling was Colin’s real passion.  He was secretary of the bowls club in Blundeston, and twice got through to the national championships.  He was never happier than when he was on the green.

We didn’t think there was anything wrong with his health.  We had booked an amazing holiday to Bali, Komodo Island and Australia, and were looking forward to seeing our daughter Helen who at the time was living in Sydney.  The only downside to the trip was having to take malaria tablets for a month beforehand.

Four days before our holiday, in January 2009, we were out delivering meals and decided to stop at a pub for lunch.  As we were leaving, Colin collapsed in the doorway.  I initially thought it was a reaction to the malaria tablets as they can cause seizures.  Two ambulances came, one took Colin and the other took me because I wasn’t allowed to travel with him.

When we arrived at the James Paget Hospital, I was ushered into a side room.  They told me that Colin had died in the ambulance, but they had managed to revive him.  He was admitted to the ward and on the following day had an MRI scan.

The results of the MRI were devastating.  His collapse had nothing to do with the malaria tablets.  Colin was diagnosed with a grade 4 GBM, a large and aggressive tumour at the base of his skull.

Colin was transferred to Addenbrooke’s Hospital in Cambridge, where they did a biopsy and another scan.  They told us it was attached to the spinal cord and therefore inoperable.  Colin was offered a treatment plan, but in reality nothing could be done and the prognosis was not good.

After two weeks in Addenbrooke’s, Colin came home and received regular radiotherapy and chemotherapy tablets simultaneously at the Norfolk & Norwich Hospital.  He seemed to cope with the treatment well, although he was a bit insecure on his feet and liked me to walk in front of him in case he fell.

The treatment left Colin open to other health problems and he spent two weeks back in James Paget with a nasty urinary tract infection, then again with pneumonia.  Alongside frequent seizures that meant having to give up driving, it was clear that his body was getting weaker.

Sadly, in September 2009 a regular MRI scan picked up a second tumour.  They offered to try and remove it, but Colin firmly refused.  He had not long turned 70, and it was around this time that he gave up his beloved bowling.  He had carried on playing for a little while after his diagnosis, but it all got too much.  He also refused any further scans from this point onwards.

After the second tumour was discovered, Colin’s health began to decline gradually.  Although his motor skills were fine – he could speak, read, and write without difficulty – his ability to walk deteriorated and eventually he had a bed downstairs in our house.

We tried to stay positive, and had carers and nurses coming to the house three times a day to help him out.  By late June 2010 he was almost bed-bound, only leaving his bed to sit in a chair alongside, but even that became too much effort.  He was also prescribed morphine as the pain increasingly got worse.

On 4th August 2010, the nurse who had sat with him during the night said his breathing had changed.  Fortunately, Helen had come over from Australia to visit with her then two-year-old, and by chance both Rebecca and Clare had come to the house to visit.  The doctor said he might last until the weekend but, with his family around him, he died at 1pm that afternoon.

If there is such a thing as a perfect death, Colin had it.  We were all there, me and our three daughters, when he quietly slipped away.

A service in celebration of Colin’s life was held in the Church of St Mary the Virgin, Blundeston, attended by over 250 people – business contacts, local bowls club members, family and friends.  The church was so full that some people had to stand at the back.

Since Colin died, I have supported Brain Tumour Research to raise money that will ultimately find a cure for brain tumours.   Each year I hold a coffee morning on Wear A Hat Day, as well as getting the local school and our MP involved.  I also hold a fundraising event in the local church each June, around the time of Colin’s birthday.

I tell everyone that brain tumours are the biggest cancer killer of children and adults under the age of 40 and that less than 1% of the national spend on cancer research has been allocated to this disease.  I want to spread the word and make sure that other families don’t suffer the way we have.

My youngest daughter, Rebecca, has since had two children that Colin never had the chance to meet.  This is the tragedy of brain tumours, how they rob you of years of life that you should have had.  That’s why things have to change, and a cure needs to be found. 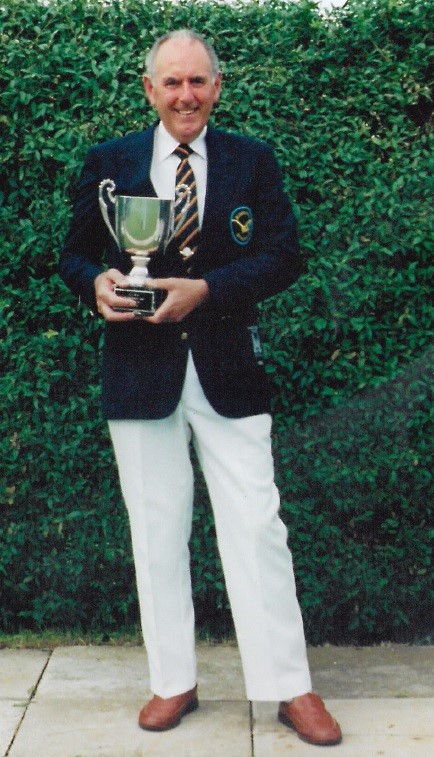