My darling daughter, Claire, had her life cut short by a brain tumour - the very same disease which had killed my sister, Valerie, 10 years previously.  Claire was just 30 years old when she passed away, just 14 months after diagnosis with a grade IV gliosarcoma.

“It was at this point I realised the “small lump” must be life threatening.  It all felt so unreal - to go from everything being so normal and then there we were looking this deadly disease in the eye.”
Here is Claire’s story…

It all started with my daughter, Claire, having headaches for a few months and seeming to be rather irritable.  She came over one Wednesday and said she felt very tired so we went to my bed for a chat and very soon she dropped off to sleep.  Later she drove home.

The following Saturday, Claire rang, saying she felt very sick.  I immediately went to her and she was in terrible pain, projectile vomiting.  She had previously seen her own GP who had sent her away, telling her to take a tablet.  I took Claire to her local hospital where I explained Claire’s condition to a doctor, quietly telling him that my sister had died of a brain tumour.  Despite this, he assured me Claire wasn’t suffering from the same condition and gave her a pain killing injection, before sending her home.  I stayed for the rest of the day and she seemed a little better.

I returned the next day and she was in awful pain; I’ll never forget the look of agony on Claire’s face.  I took her back to my house and then to my local hospital the following day.  We saw a Russian doctor in casualty who said he would arrange the ultimate – a brain scan.  I told him that my sister had died some 10 years previously from a brain tumour.  We waited for the results and the Russian doctor returned telling us they had found a small lump and that a neurologist would be with us shortly and wished us good luck.  Wishing us good luck seemed odd to me at the time.

In the clinical decision ward, numerous tests were carried out.  A young doctor said to me: “She is young so they are going to treat it aggressively.”  It was at this point I realised the “small lump” must be life threatening.  It all felt so unreal - to go from everything being so normal and then there we were looking this deadly disease in the eye.

Claire was transported early the next morning to The John Radcliffe Hospital under a blue light.  She joked all the way to the hospital and the atmosphere was light, totally belying the absolute seriousness of the situation.  Many doctors and surgeons saw her and the anaesthetist outlined the risk of the operation, telling Claire that she wouldn’t know anything about it, but it could be hard on the rest of us.  I fathomed she was telling us that Claire might not make it through the operation.  Claire joked with the doctors and nurses as she would during her entire illness.  I kissed her goodbye hoping against hope that she would be alright. I walked woodenly back to the empty ward and cried and waited.

A few hours later, the anaesthetist returned, happily proclaiming that everything had gone well.  Claire was later wheeled back, drunkenly smiling and carrying on like some actress that had just come off stage on first night!  I covered my horror at the massive scar on her head and told her that it was really impressive!

Claire stayed in hospital for a few days and then returned to my house.

Later we attended the hospital for the results and were told Claire had a gliosarcoma grade IV and that it had been growing for about seven months.  The doctor said they would keep it under control for as long as they could.  It went over Claire and her father, Dave’s heads.  When Claire went to have some of the staples out of her head I said to him: “This is terminal.”  Even though my sister, Valerie, had died of the illness, I still hadn’t prepared myself for this news.

Weeks of radiotherapy and chemotherapy followed.  My Claire was the bravest, most unbelievable girl, who joked with everyone in the hospital; the guys in for prostate cancer, the tea ladies, the doctors and nurses.  I always maintained a totally upbeat attitude and we were very close during those last months.  I have my doubts as to whether I should have levelled with Claire at the outset about the terminal nature, but I didn’t think I could face it and she didn’t actually ask me.  In Claire’s own words: “Let’s do what has got to be done and get on with it.”

During those months Claire lived with me and my second husband (not Claire’s father) and if I was feeling wrecked she would tuck me into bed on the odd occasion.

We had a holiday in our home in Crete and I am so grateful for that time spent with Claire.  We saved a tiny kitten from certain death on a ridge and spent a lot of time looking after him and finding him a new home.  Claire took a lot of pleasure out of this.

Claire was not treated sympathetically when, a short time later, she returned to work part-time and was disciplined for poor time-keeping.  All the time she had been well, she had been the most loyal, hard-working employee anyone could wish for.  I rang her boss and told him that Claire was terminally ill.  Claire never returned to work.

Claire went on holiday with her friend, Catherine, during October, but things were going downhill.  She missed breakfast most mornings, but at least she went and seemed to have a good time.

At the beginning of December, I was getting increasingly worried about Claire and she was admitted into the Cancer Ward.  She was given massive doses of steroids in an attempt to shrink the tumours.

Claire came out for the day on her birthday and we had Monkey Island restaurant to ourselves and had a lovely time with the family for Claire’s last birthday.  I bought Claire new clothes in red, as that was her favourite colour.

Claire came home for Christmas but had deteriorated since her birthday.

I received a phone call on New Year’s Day to say Claire had had a bad night.  When I arrived she was unconscious and the nurses hadn’t been able to reach her.  Upbeat as usual, I asked Claire how she was doing and she woke up.  She was very poorly indeed and was then moved to a room opposite the nurses’ station.  A doctor told me: “This is the beginning of the end of the journey.”  I told everyone I wasn’t going to leave the hospital and stayed day and night along with my friend, Margaret, who stayed with Claire while I slept, ordering me tea, toast and biscuits at all times of the night and was and still is the most amazing friend anyone could ask for.

Larger doses of morphine were administered and Claire was asleep for longer and longer periods of time.  During one time when she was awake she told me: “Dying isn’t nice.”  I really didn’t know what to say.  I just stayed close and during that last week she was never alone - there was always someone holding her hand.  Another time I kissed her head three times and she pursed her lips and intimated a kiss three times.  I didn’t realise at the time but that was goodbye and her last moments awake.  Around 6am on the morning of 8th January 2010, my darling daughter died.  My life was changed forever. 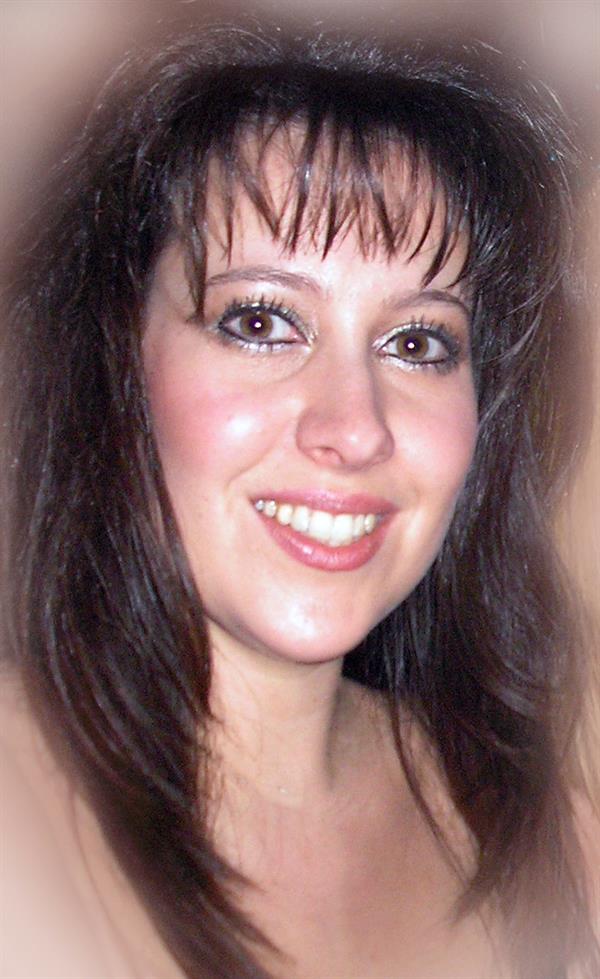