As a great-great grandmother, Claire’s pride and joy was her family and, aged 84, she was still able to drive, cook and care for friends and relatives. But, in November 2017, she suffered a seizure. Diagnosed with several brain tumours, her illness had irreversible effects on her personality and towards the end of her life she wasn’t even able to recognise her children. Since losing her mum, Claire’s daughter Amanda has fundraised for the Brain Tumour Research charity, and she is determined to raise awareness of how dreadful the disease can be.

“When Mum was discharged from hospital, it was horrible to see how badly the tumours affected her. She could no longer do the things she loved; she didn’t read, she struggled to make a cup of tea, and, no matter how hard she tried, she couldn’t even put letters in the boxes of her daily crossword. Her whole life was turned upside down.”

Here is Claire’s story, told by her daughter Amanda…

Mum was caring, loving and fair. I was the middle sister of my brothers Byron and Stephen and it was wonderful to see our family grow over the years, with Mum doting on us all. As a great-great-grandmother, she loved to hear about the children’s achievements, and mischiefs, and enjoyed spending time with her relatives. She’d even bought herself a laptop and made a Facebook page to keep in touch with her family; especially her great-grandchildren Zac, eight, and Matilda, six, and she often Skyped them too.

In her mid-eighties, Mum was still able to drive, cook and look after herself independently. She was an avid reader and completed the Daily Telegraph crossword every day. In September 2017, Mum celebrated her 84th birthday and we all assumed she’d be around to see many more birthdays in years to come.

Devastatingly, just five days after Mum’s birthday, my younger brother Stephen died suddenly, after suffering complications from heart surgery. And that was the beginning of an awful time for us all. Mum and I attended his funeral in France and upon our return started to make arrangements for the interment of his ashes in the family plot in Devon.

By the end of October, Mum was becoming increasingly tired and anxious, and the tremor she’d had in her hands for some time was getting progressively worse. She told me that she felt as if she had ‘a screw loose’. On my advice she went to see her GP, who put her symptoms down to grief and the delayed shock of losing Stephen a few weeks before.

One afternoon in November, Mum and I went to the cinema but, halfway through the film, she had a seizure. My first thought was that she was having a stroke and many kind members of the public helped us and called an ambulance.  Mum was confused but could talk a little and, once the paramedics arrived, she was rushed to the Royal Devon and Exeter Hospital. From that moment, her personality was never the same again.

In A&E, a CT scan showed that Mum hadn’t had a stroke, but it did reveal abnormalities in her brain. She was admitted to hospital and, as I took some night clothes in for her, it was upsetting to see her so confused, trying to put pyjama trousers on over her head. She then had an MRI scan, which confirmed that several tumours were growing inside her brain. Defiant to the very end, Mum refused any treatment and only wanted palliative care. She felt that she’d lived a good life and didn’t want to have surgery or to suffer the side-effects of chemotherapy or radiotherapy.

At the beginning of December Mum was able to leave hospital for a few hours to attend a memorial service for Stephen where, poignantly, she bravely spoke the commendation from the poem ‘For the Fallen’ by Robert Binyon:

‘They shall not grow old as we that are left grow old.
Age shall not weary them, nor the years condemn.
At the going down of the sun and in the morning,
We will remember them.’

When Mum was discharged from hospital, it was horrible to see how badly the tumours affected her. She could no longer do the things she once loved; she didn’t read, she struggled to make a cup of tea, and, no matter how hard she tried, she couldn’t even put letters in the boxes of her daily crossword. Her whole life was turned upside down as her illness affected her mobility, right peripheral vision, coordination and ability to sequence processes. On top of this, she became highly anxious and started withdrawing from social situations. She struggled to hold a conversation and, after five minutes with people, wanted them to leave. It was as if she was distancing herself.

Mum became very distressed without a sense of routine, so we tried to arrange for her carers to arrive at exactly the same time every day. She had a bracelet alarm which was worth its weight in gold as, whenever Mum had a fall, I would be notified immediately. As time went on, Mum’s mobility deteriorated further. The hardest part was in the early hours of New Year’s Day, when she had three falls in less than 12 hours. By the end of January, Mum had another bad tumble and the paramedics had to be called. Mum was still able to make decisions and said, ‘that’s it, I need to be in a care home’. Meticulous as always, Mum had already decided where she wanted to go.

Before Mum was hospitalised for another bad fall in February, we had arranged a date for her to be admitted to the care home. However, on discharge she was transferred straight to the home, and didn’t get a chance to say goodbye to her lovely flat. We tried to make her room as homely as possible, filling each nook and cranny with pictures and treasured possessions, but it was bewildering for Mum to be amongst strangers in an unfamiliar environment. Even though the carers, staff and community nurses were kind, caring and diligent, Mum found it hard to feel at ease. Both of us were scared of what was to come; we didn’t know how the disease was going to progress and I feared for how Mum was going to die.

Mum was in the care home for less than three weeks and I visited her as often as I could. A couple of days before she passed away, I was received a phone call to visit Mum, as she was very distressed. She was calling for her dad to take her home and she didn’t recognise me at all. I will never forget her saying ‘who are you?’, as she looked at me with distraught eyes. She slipped in and out of consciousness and had pain relief through a syringe driver. The following day I was relieved when Mum opened her eyes a little as I told her I loved her.

I wasn’t there when Mum, peacefully, took her last breath. There had been a heavy snowfall during the night and the roads were treacherous, and I will always remember thinking that Exmouth stood still the day Mum passed away. After her death, I felt a mixture of emotions. I was relieved that she was no longer suffering, but also felt numb and as if I was on autopilot. A few weeks later Zac and Matilda, who used to stay at Mum’s flat, said ‘it doesn’t feel the same without Nanny Claire here’, and I know Christmas will be hard for us all. We miss her dearly and it’s been a difficult year.

Since losing my dad in 1992, Mum had kept a diary and it was interesting to see that in the last few months of her entries, she’d put: ‘my writing is getting terrible and all I want to do is sleep’. It was as if her tumours were making themselves known before her diagnosis. As a committed Christian, her last entry was ‘watch over me Lord, I pray’. Her words reflected the most important aspects of her life: faith, hope and love.

I first heard about the Brain Tumour Research charity around the time of Mum’s diagnosis, when the former Mayor of Exmouth, Brian Cole, got in touch with our local church. He’d selected Brain Tumour Research as his Mayoral Charity of the Year and, as I’d seen the impact a brain tumour can have, I decided to help raise vital funds. As several members of the church community donated to the cause, I was moved by how many had been affected by this devastating disease. Through various activities across the town and in our parish, we raised enough to fund a day’s research, and, in recognition of this, Councillor Cole and I were invited to place a tile on the Wall of Hope at the University of Plymouth. Mum was always supportive of my fundraising and it’s a fantastic way to ensure her legacy of faith, hope and love continues for the benefit of others. 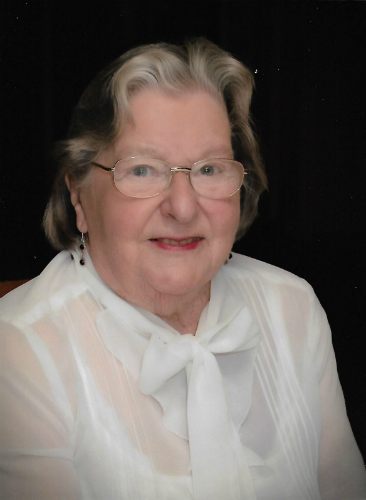