Marine biologist Caroline Cronin’s biggest wish after being diagnosed with a terminal brain tumour was to get back to work. There were two things she felt she still wanted to achieve – to get married and have a baby. She defied expectations to achieve both and the family were able to spend precious months at home together before Caroline passed away in October 2013 at the age of 32, leaving her husband Marcus and their six-month-old daughter Florence.

“The few times that Caroline allowed anyone to see her upset about her condition was when she worried about how her illness affected others. We both desperately wanted to be married and felt blessed to have a baby together. The grieving process takes a long time but knowing Caroline was able to do the two things she most wanted makes it a bit easier. We had been through so many very difficult times together and, when Caroline died, I was just grateful that it was as she had wished. I held her hand as she passed away at home. The first thing I did was to hold Florence and, in a way, it meant I didn’t feel as if I had lost Caroline completely as I had our baby.”

Caroline and I shared a love of the ocean and the outdoors. We were living in Plymouth and she was studying for her Masters at the University when she was diagnosed with a large grade 4 glioblastoma multiforme (GBM) brain tumour.

Many people reassess their life after a terminal diagnosis but Caroline didn’t want to make major changes. She loved her job and was content with her life. She just wanted to keep on living it for as long as possible. Despite the deterioration in her condition and the debilitating treatment, she managed to continue with her studies and went back to work. Through her work, study and travels, Caroline had achieved a great deal in her life but being married and having a baby were both things that she dreamed to having the chance to experience.

During the course of the two years that followed, Caroline had two operations plus radiotherapy and chemotherapy. We had been told it was highly likely the treatment would leave her infertile but when we found she was pregnant we received wonderful support and care from the team at Derriford Hospital.

Florence arrived on 23rd April 2013, ten days after we were married. Caroline defied the odds to come out of hospital and we spent a precious four to five months together at home. Being with Florence was extremely important to Caroline and it was amazing how focused she was on overcoming the challenges of her condition to care for the baby as much as possible.

The few times that Caroline allowed anyone to see her upset about her condition was when she worried about how her illness affected others. We both desperately wanted to be married and felt blessed to have a baby together and I feel as if the amount of happiness those two things brought her was something which she gave to me. The grieving process takes a long time but knowing Caroline was able to do the two things she most wanted makes it a bit easier.

We had been through so many very difficult times together and, when Caroline died, I was just grateful that it was as she had wished. I held her hand as she passed away at home. The first thing I did was to hold Florence and, in a way, it meant I didn’t feel as if I had lost Caroline completely as I had our baby.

Caroline and I had met about two years before her diagnosis and were very happy together. I was a teacher and she was working at the National Marine Aquarium in Plymouth. She was lucky enough to be working in an area which she was extremely passionate about and she loved her life. I was working as a teacher at the Lipson Co-operative Academy in Plymouth. We had both travelled a lot, Caroline had spent time in places including Madagascar, Fiji and Bermuda, through work and we had adventures together in Hawaii and France.


In autumn 2011 Caroline collapsed at home. Unusually for her, she had been suffering from severe headaches and had been vomiting in the mornings. She was taking strong painkillers for about two months and then eventually went into A&E from where she was referred for an MRI scan. The doctors identified a tennis-ball sized tumour in her brain and decided they would need to operate quickly to de-bulk it. The surgeon was very direct and told her that she had a 20% chance of surviving a year and a 10% chance of surviving for two years.

Caroline was strong-willed and independent. She took the news on the chin and managed to stay positive. She was determined to get home and get back to work although once it became clear there was a finite amount of time Caroline still hoped for two things: to get married and have children. Once she discovered she was pregnant her driving ambition was that she was going to have a healthy baby. There were concerns about how the pregnancy would affect Caroline and how her treatment would affect the baby and there were meetings of multi-disciplinary teams at the hospital and the thinking was the risks to the baby from chemotherapy were less than those associated with premature delivery.

There were difficult times of course. In February 2013, Caroline was taken back into surgery to have a shunt fitted to drain a build-up of fluid. There was an incubator outside the hospital room in case Caroline passed away. She made it out of hospital and we went to the register office as we had decided to get married. When they realised the severity of the situation, the officials wanted us to do it there and then. Caroline said: “I know everyone thinks I am about to die but I am going to survive long enough to get married and have my baby.”

We had a low key wedding in a local church followed by a blessing by the sea. Caroline was seven months pregnant and very tired as a result of both this and her treatment. It was decided she would have a caesarean on 23rd April. Her condition meant the procedure would be done under general anaesthetic rather than an epidural and there were the usual concerns about how she would cope with the anaesthetic. Despite this, Caroline was initially very excited. I was with her in surgery until she went under and could see that she was getting really worried. There were complications following the birth and I was warned that her family should come as she might not survive the next 24 hours. But despite all this and, after spending some time on the oncology ward while Florence was on the baby ward, Caroline did make it out of hospital. At first, she went to St Luke’s Hospice where I stayed with her during the night. Florence went home with my mum and I would collect her in the morning and take her into the hospice so she and Caroline could be together.

After Florence was born, Caroline was extremely emotional. It was something which she had hoped for so much that I think she just couldn’t believe it. Seeing her with the baby and helping her were very intense times but Caroline was as determined as ever. In the end she just ran out of strength.

Florence is now two-and-a-half, she has Caroline’s eyes and great leadership skills – she is strong-willed and bossy! I haven’t really talked to her about what happened yet but there are photos of Caroline around the house and I think, with time, things will come naturally.

Caroline was infuriated about how little money was spent on research into brain tumours. I will be marking the second anniversary of her death by running 120 miles in Portugal during my half-term break from school. I will be raising funds for the charity Brain Tumour Research and the Marine Conservation Society. Starting at Sagres on the south west coast, where Caroline and I spent our first holiday together, I will make my way along the Rota Vicentina to Sines where we spent our last holiday. I will be supported along the way by friends and family, including my mum Jo, and Florence will be there too.

Caroline wasn’t frightened of dying but she was frightened of being forgotten. I hope that she would be pleased that I am remembering her in this way and that the work taking place at the Brain Tumour Research Centre of Excellence at Plymouth University will prevent others having to endure the suffering that she did. 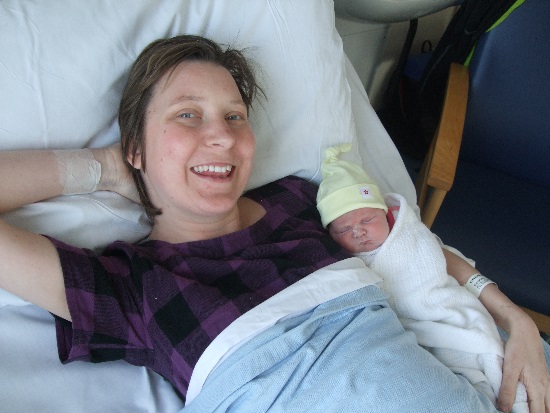