Psychiatric nurse Carol, from Fareham, died just six weeks after her diagnosis with a glioblastoma multiforme (GBM) – a highly aggressive type of tumour – in August 2000. She was 53 and left her two sons Mark and Simon. Now Mark, who studies at Bournemouth University, is determined to help fund the fight into the disease, by taking part in the Brain Tumour Research charity’s Wear A Hat Day with his fellow students.

Here is Carol’s story, as told by her son Mark…

As a psychiatric nurse, Mum was one of life’s genuine carers who always put others before herself. She liked to keep busy, had a tight-knit friendship group and, as she wasn’t keen on flying, often enjoyed holidays around the UK. Above all, she was a fantastic single mum to both me and my twin brother Simon.

Mum was silently strong in the darkest of days. I’ll never forget one afternoon on the oncology ward in Southampton General Hospital; a brain tumour patient was screaming in pain and clawing at his head. That was the first time Mum said she’d been suffering from headaches that bad for several weeks, but she didn’t want to cause a fuss or us to worry.

“Mum’s selfless nature was also reflected by the fact that after her death in August 2000, I found organised files in her home advising Simon and I how to handle her finances after she passed away.”

It was a dreadful shock to lose Mum just six weeks after her diagnosis with a glioblastoma multiforme (GBM) and I feel as if I didn’t process the grief until about two years ago. Counselling helped me to come to terms with my loss and I realised that I’d been keeping a lot to myself. It’s only now that I feel ready to share Mum’s story and to be able to put pictures up of her around the house.

It all began in July 2000. I was based at Royal Marines in Poole, but had returned to visit Mum at home in Fareham. I was terrified to find Mum collapsed on the floor, semi-conscious, barely able to communicate and surrounded by empty pill packets.  I now know these were painkillers to treat excruciating headaches which had, unbeknownst to Mum, been caused by her tumour.

Mum was taken by ambulance to the Queen Alexandra Hospital in Portsmouth, where the doctors were concerned about her state of consciousness. She was sent for an urgent CT scan, and we attended a follow-up appointment at Southampton General Hospital.

“It was just me and Mum in the room when we were told about her diagnosis. She was diagnosed with an aggressive and incurable glioblastoma multiforme (GBM), with an extremely poor prognosis.”

Once Mum got over the initial shock, it was as if she accepted the news and adopted the ‘just get on with it’ attitude. Surgery wasn’t an option, but she was offered steroids and painkillers to treat her headaches. Because of a long waiting list, she was never able to have radiotherapy, but I think this would have merely prolonged the inevitable.

Mum declined very quickly after her diagnosis and soon became bedridden. She wanted to have palliative care at home and I travelled from Poole to Fareham to care for her. The distance soon became too much, however, and I ended up moving in with Mum. I was thankful for the support of Macmillan nurses who helped provide her end-of-life care with dignity and sat awake with her through the nights, before Mum passed away peacefully with me and my partner by her side.

“It’s taken me a long time to talk about Mum’s death but in doing so it’s helped me come to terms with my grief. I think I tried to put everything to the back of my mind.”

It’s difficult to think of all the memories Mum has missed out on over the years, such as when I completed 22 years of service in the Royal Marines and my brother completing 30 years in the fire service. After suffering a knee injury, I started to take the physical health of myself and other veterans more seriously and that inspired me to study nutrition at Bournemouth University. By the time I finish my course, I will almost be the same age as Mum when she died. I wish she could be there to see me graduate.

I was delighted when the students’ union agreed to support me in my fundraising efforts for the Brain Tumour Research charity, in memory of Mum. We will be taking part in the charity’s annual Wear A Hat Day fundraiser in March, in a bid to raise vital funds and awareness. I was moved to hear that several other students had also been affected by a brain tumour and I hope that through sharing Mum’s story and fundraising it brings us that one step closer to finding a cure. 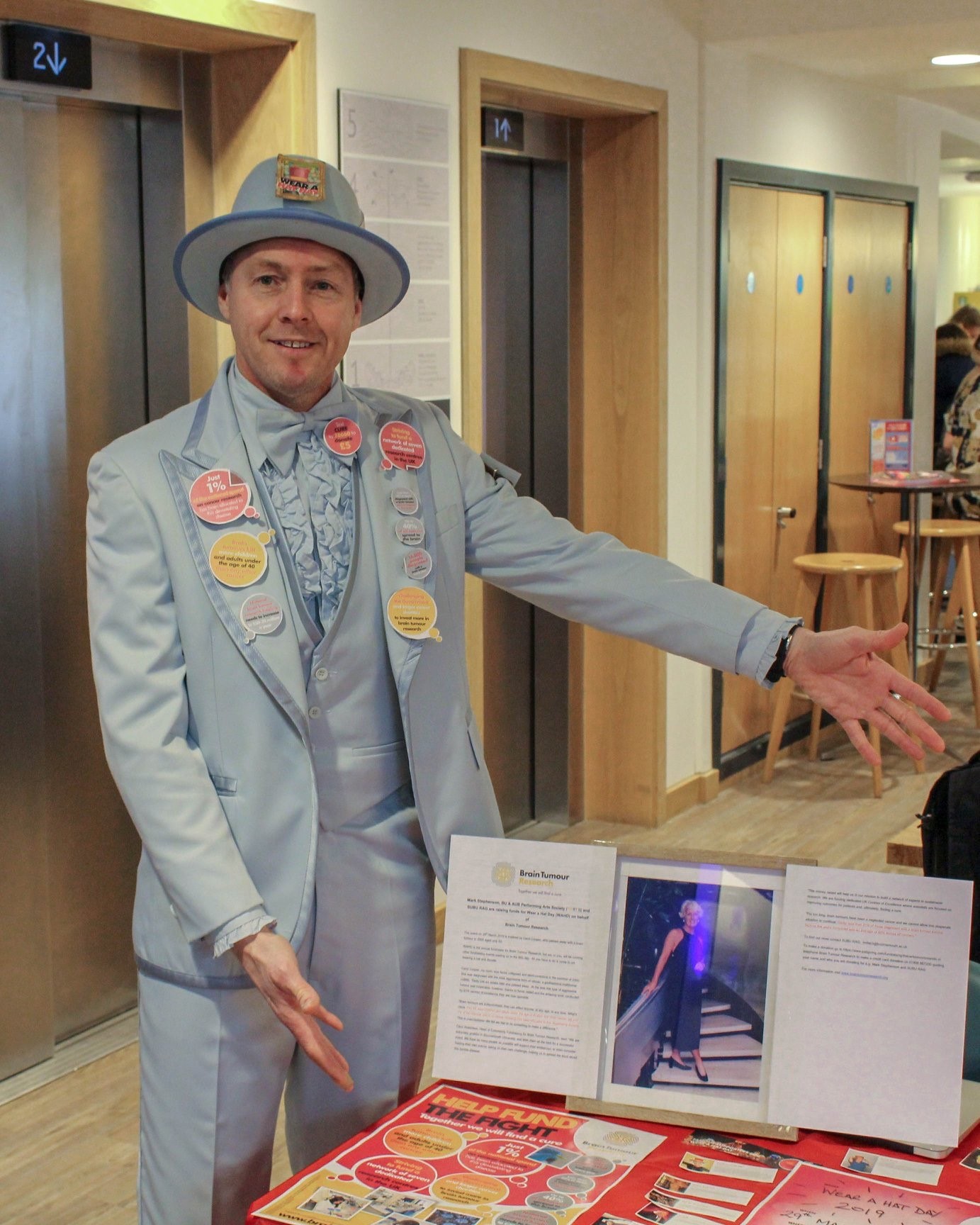 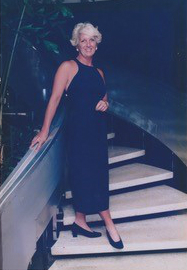