We are grateful to Bernice who worked with us in September 2018 to share her story here. Sadly, she passed away 18th February 2019. We remember Bernice as we continue our work to raise awareness of this devastating disease and to fund research to help find a cure. She will be forever in our hearts.

Former headteacher, Bernice McCabe OBE, has instilled one essential piece of advice in her pupils: you have to rewrite the story when life takes an unexpected turn. Little did she know, Bernice would need to apply this lesson in her own life when, at the age of 65, she was diagnosed with a glioblastoma multiforme (GBM). One craniotomy, one surprise proposal, and several courses of treatment later, and Bernice is as resilient and optimistic as can be.

“A CAT scan confirmed I wasn’t suffering from a stroke but something else was happening. I was transferred urgently to Addenbrooke’s Hospital with Rod driving separately behind the ambulance, worrying that I wouldn’t be alive when he met me there.”

For many people, retirement means slowing down but since I stepped down from my role as headteacher at North London Collegiate School (NLCS), life has been far from quiet.

“In December 2017, I received the tremendous news that I was to be awarded an OBE for services to education, an honour and a privilege that I’ll always cherish.”

My teaching career started in comprehensive schools in Bristol, my home city, before moving onto the role of head of Chelmsford County High School, and then on to NLCS where I served as head for a further 20 years. In that time, I also served on government advisory committees. Although I retired I had no intention of slowing down. I still had the desire and energy to do so much for education and continued my role as an educational consultant and Co-Director of The Prince’s Teaching Institute. 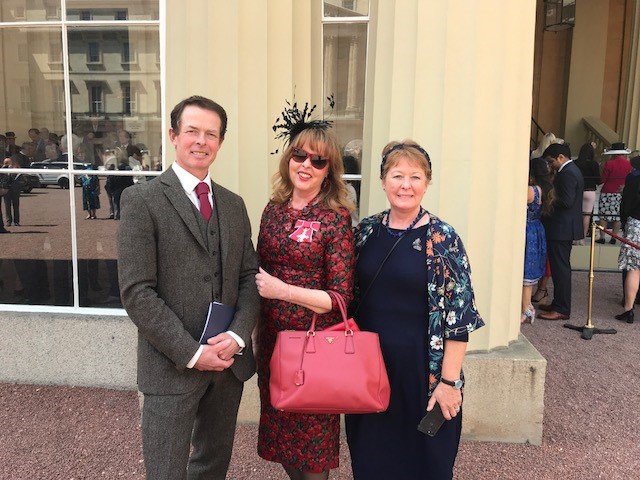 Two months later, however, came some unwelcome news. I’d been driving home to Cavendish in Suffolk, where I lived with my partner Rod, and I experienced a severe pressure headache. It was so bad that the two-hour journey took five hours as I stopped regularly to rest. I’d been feeling generally unwell around this time but as I’d been travelling a lot and not sleeping much, I’d explained it away as tiredness. Over the course of the next week, Rod noticed changes in me too: I didn’t feel like exercising, I was sleeping a lot, and I also had a bad fall in the bath.

On Tuesday 13th February, Rod’s concerns were growing and he called a GP to visit me at home. The GP instantly noticed that something wasn’t right and called for an ambulance to take me to West Suffolk Hospital. My memory is hazy but Rod tells me that I deteriorated rapidly and by the evening I was unconscious. He also noticed a spike in the anxiety levels of the staff and had the impression that when they’d seen someone in my condition, it didn’t usually end well.  A CAT scan confirmed I wasn’t suffering from a stroke but something else was happening.

“I was transferred urgently to Addenbrooke’s Hospital with Rod driving separately behind the ambulance, worrying that I wouldn’t be alive when he met me there.”

Surprisingly, when Rod did reach me, I was sitting up in bed and had dramatically improved since an hour and a half earlier. I’d been given a high dose of steroids which had successfully reduced the swelling and in turn my symptoms. As a result, my appetite had also increased and I was eating everything in sight – much to Rod’s amusement!

The following day, neurosurgeon Dr Stephen Price informed us that a craniotomy was provisionally booked for me two days later as scans had shown a five-centimetre tumour in my brain and, thankfully, it was operable. In the same extreme way that I’d deteriorated the day before, I made huge progress by Thursday and I was able to get out of bed by myself. It’s for this reason I think that Dr Price decided to send me home for a week. Rod was concerned that my discharge meant my case would no longer be classified as urgent but, in these situations, you have no choice but to trust the professionals.

“We were also informed that the tumour had the characteristics of a glioblastoma multiforme (GBM). Of course, I was worried but I felt a sort of inevitability about it and accepted what needed to be done.”

The next week at home was pleasant. I remained on a high dose of steroids and my appetite raged on, making my cheeks resemble those of a chipmunk, but it was a peaceful week spent with Rod and my sister, Jen. On the 22nd February, the night before my surgery, we returned to Addenbrooke’s and what came next was incredible.

“Rod, my life partner of more than 20 years, proposed to me in Costa Coffee in the hospital foyer. We’d travelled the world together and visited the most breath-taking places, yet here we were in Costa Coffee. I was over the moon and said yes without hesitation.”

The happiness from the proposal eclipsed any fears about surgery, and the team at the hospital filled me with confidence too. A friend of mine, Mary, is a neuro-anaesthetist and she’d assured me there was nothing to worry about, and the expertise and team work of the staff at Addenbrooke’s gave me even more faith in medicine. I was in theatre for over four hours and the surgeons successfully removed 90% of the tumour. Within 48 hours, I was back home with Rod.

After retiring from NLCS, I decided to keep my private healthcare and I’m so glad that I did because without it, I wouldn’t have been able to visit Dr Paul Mulholland for a consultation at University College London Hospital (UCLH). Dr Mulholland gave me the positivity that I needed, and whilst he didn’t tell me there was a cure, he reassured me that there was hope. I truly believe that your mental attitude can make an extraordinary difference. Another significant thing that happened whilst there was that Dr Mulholland spotted that I had a life-threatening pulmonary embolism which would have been fatal if left untreated. I had put the symptoms down to my asthma, so the visit to UCLH was life-changing in more ways than one.

In early March I received confirmation that the tumour had been a GBM and I was to undergo radiotherapy and chemotherapy to treat the remaining tumour. In the midst of all this, Rod and I were also planning our wedding which took place on the 14th March at St. Brides Church, Fleet Street. The location was fitting as Rod’s grandfather was an editor at The Telegraph, and we were married by the first female Bishop of London which felt apt after my two decades as head of a girls’ school.

“It was the happiest day, surrounded by our nearest and dearest, and I was so grateful for Rod, my life and everything I’d experienced thus far.” 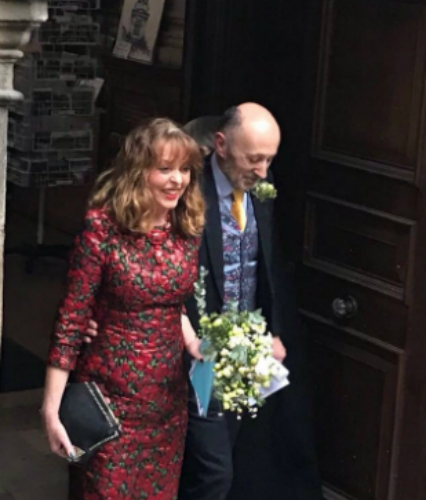 Soon after, I began six weeks of intensive daily treatment and I made a concerted effort to enjoy the everyday. I’d worked in London for so many years but now I could really take the time to enjoy the city, whether it was going to look at fabric in Soho, seeing a show in the West End, or spending time with friends and family. The daily treatment wasn’t too taxing and now that course has finished, I quite miss the constructive and positive environment at UCLH.

Immunotherapy started in May and I’m now undergoing this treatment every fortnight. I keep myself busy working as a consultant for NLCS Enterprises, overseeing the development and educational strategy of international branches. However, I still take the time to enjoy life back in Suffolk, whether its walking around the village each morning or giving some tender loving care to our garden. Rod is also back in Suffolk, having retired as head of Bristol Grammar School earlier this summer, and we’re both very much looking forward to a holiday to Kefalonia in September.

I was absolutely delighted to learn that the tumour remaining after the operation has reduced by more than 50% since the immunotherapy, which is more than I could have hoped for. However, it also saddens me that this treatment isn’t available to all brain tumour patients on the NHS.

“Who wouldn’t want their child, parent or partner to have the best possible prognosis? I’m fortunate to have private healthcare but what about those who simply can’t afford it?”

For that reason, I’m supporting the Brain Tumour Research charity in its mission to secure funding for more research. I hope that one day all patients will have access to the very best treatment, outcomes will improve and, ultimately, a cure will be found. 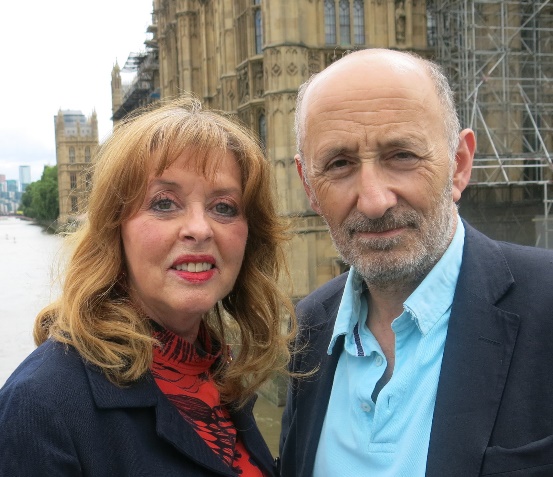