Ava’s mother was alarmed to find a lump on the back of her two-month-old baby’s head, but was told by her GP it was a soft spot. The lump had grown to the size of a tennis ball when Ava finally had an MRI scan, aged seven months. A biopsy determined the lump was a primary malignant melanocytic brain tumour with intra as well as extra-cranial components. After surgery, there was nothing more which could be done to save little Ava and she passed away in her mummy’s arms, aged just eight months.

Her mummy Stacey tells her story…

When my little girl was born on 9 October 2016, I felt so lucky. I already had a little boy, Adam, then five years old and now had been blessed with a baby daughter.

Ava was a very happy and smiley baby and very bubbly and vocal, always babbling away. Everyone loved her because of the way she interacted with people.

She was two-and-a-half months old in December of 2016, when I noticed a pea-sized lump on the back of Ava’s head.

“The GP told me it was a soft spot, and that all babies had them. I wasn’t sure I had ever seen the same on Adam’s head, but I tried not to panic and to convince myself that the doctor was right.” 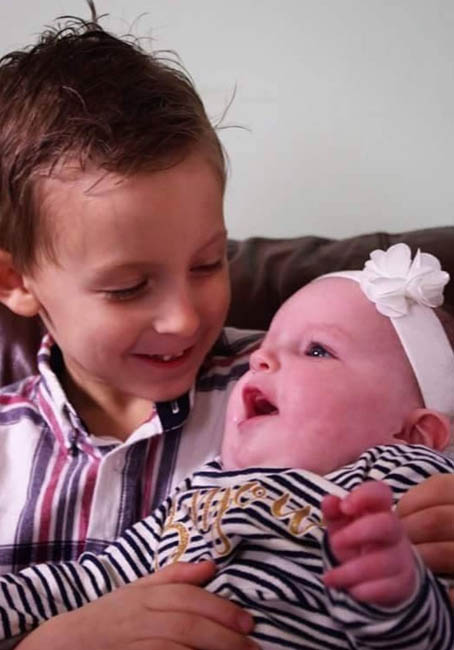 I went for a second opinion when the lump became the size of a grape and my instinct was telling me that this was something serious, but was fobbed off again.

It wasn’t until the lump was the size of an apple that Ava was referred for an MRI scan at the Great Western Hospital in Swindon. It took months to get an appointment and I had to keep ringing for a cancellation. Eventually, on 7 May when her lump was the size of a tennis ball, Ava had an MRI scan. I was with my mum when we were told that they had found a mass in Ava’s brain and she needed to be transferred to the John Radcliffe Hospital in Oxford. I was really shocked, but somehow not surprised, when I was told that Ava had a brain tumour.

Three days after the scan, Ava, then seven months old, underwent a biopsy. She was so brave and continued to smile. We stayed in Oxford for a week. It was awful. I just wanted to take my baby home and be a family again. 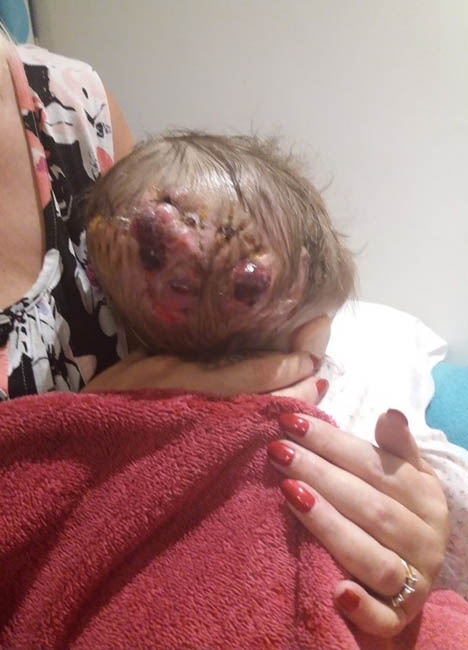 “When we got the biopsy results, they were every parent’s worst nightmare. Ava had a cancerous melanocytic brain tumour with extra and intra-cranial components, meaning that the tumour was growing both inside and outside her skull. My heart broke into a million pieces, I told myself I must try to remain positive and that with treatment she would get better.”

We went home, but a week later Ava’s head started weeping. After a visit to the Great Western, we were again transferred to the John Radcliffe. A neurosurgeon came to see Ava and told us she would have an operation the following day to debulk the tumour.

During the four hours of her operation, I prayed she would pull through and was amazed when I saw her in recovery, smiling and babbling away. This was despite the fact that they nearly lost Ava twice on the operating table and were only able to remove 40% of the tumour. 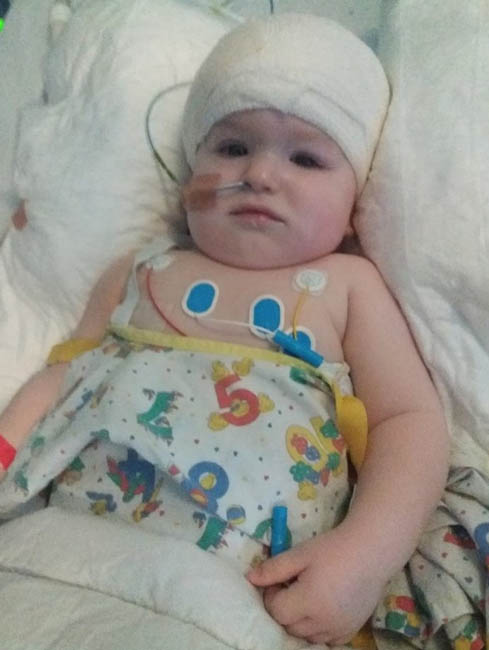 As if that wasn’t gutting enough, we were also told that Ava wasn’t suitable for chemotherapy or radiotherapy because neither would touch the tumour.

“They told me that Ava’s cancer was terminal. My world crumbled in that instant. All I could think was: Why me? Why my baby? How do I tell my five-year-old son his sister is dying?”

Ava was put on steroids and at the end of May we came home. We tried to carry on as normal, although my mum stayed with me to help out if I needed a break.

We were able to remain at home until 23 June when I made the very tough decision to take Ava to the Helen and Douglas House hospice in Oxford. The staff there were amazing and Adam loved it so much. There were so many things there for him to do. We had Ava christened and she had a visit from Po, one of the characters from the TV series: The Teletubbies. We also had a ‘first birthday party’ for Ava, even though she was only eight months old, and invited her godparents, as well as friends and family. She slept through most of it because she was getting so tired.

On 29 June, Ava’s breathing slowed right down. It was Adam’s sixth birthday and again she slept through most of the celebrations. I held her in my arms as we sang Happy Birthday to Adam and had tea and cake. By this time, I knew it was nearing the time for Ava to go so everyone left and I remained with Ava and sang her: Brotherhood of Man’s “Save your Kisses for Me”, which was our song. 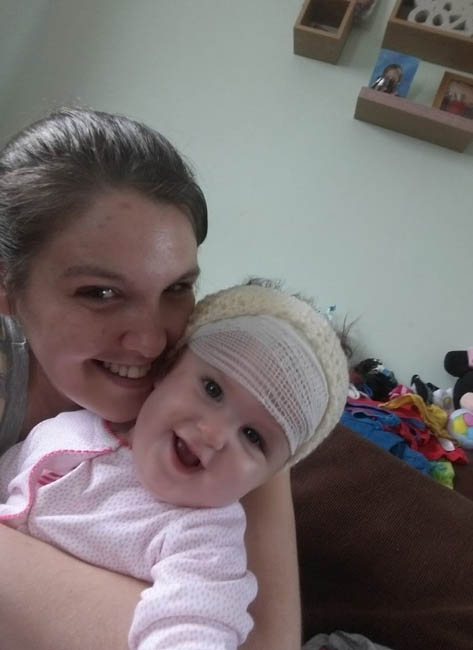 I went to bed at 11pm but was woken at 2am on 30 June by my mum to tell me I needed to come quickly to be with Ava.

I went into her room with tears in my eyes and put my hand on her back and told her it was OK and that I would be OK.

“Ava took her last breath and my heart broke again. I lifted her up out of the bed and cradled her in my arms and sang Save your Kisses for Me to her over and over again. Walking out of the hospice without my little princess is the hardest thing I will ever have to do.”

All I can say is that if you find a lump on your baby’s head, don’t be fobbed off. I hope a cure is found for what Ava had to save other children and families going through what we have. 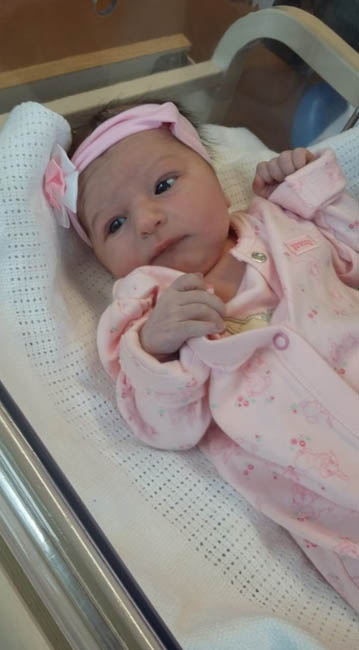