Atif was a loving father and husband and at the pinnacle of his career at a prestigious London law firm when he was diagnosed with a glioblastoma multiforme (GBM) brain tumour, dying two years later. Now his wife finds comfort in the fact that Atif has left his legacy in both of their daughters.

Although I lost my husband to a glioblastoma multiforme (GBM), I am very proud that his legacy lives on in our daughters: 11-year-old Zaina and Zara, 14. Since losing her father, Zaina has become interested in a career in neurosurgery or neurology and Zara, like her father, is passionate about humanities. She may go into law, like her dad, or politics and is particularly keen on addressing inequity in society.

Atif and I met at university and became a couple very quickly. We were both studying law at the London School of Economics (LSE). Atif had always known he wanted to be a lawyer and was extremely driven. 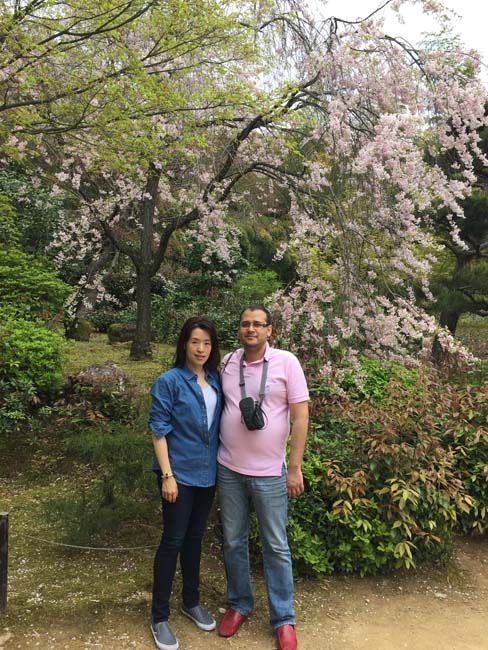 By the age of 41, Atif had reached the pinnacle of his career. He was a young equity partner at Allen & Overy, one of the five most prestigious London-headquartered, multi-national law firms. Aside from his career in banking and finance, specialising in Islamic finance, which involved a lot of international travel, Atif loved cricket and football, supporting Arsenal, and was a real family man. He always found time to hang out with the kids at weekends, and would take them to parks, restaurants and outings in the countryside.

In February 2017, Atif was due to go on a business trip to Dubai, but cancelled because he was feeling so very tired. It was just as well because, out-of-the-blue, he had a seizure in the night in bed beside me.

“I woke up and thought Atif was dying of a heart attack. While I made sure he didn’t fall off the bed, our younger daughter Zaina phoned for an ambulance.”

That was when our lives changed for ever.

At St Mary’s Hospital in Paddington, Atif had a number of tests and MRI scans. The medics suspected all kinds of things, including that he had contracted some exotic virus. Despite all the scans, nothing was obvious and he remained under close monitoring for many months.

In October 2017, Atif suffered a panic attack. I was with him in Kuala Lumpur on the first business trip he had taken since his seizure. We immediately returned to London where he had another MRI scan which revealed he had a cancerous glioma in the brain.

In November that year, Atif had a biopsy which confirmed we were dealing with a glioblastoma multiforme (GBM). We asked what the life expectancy was and were told it could at worst be very short or at best 10 years, but this was the exception to the rule.

“I am sure I did the bulk of my grieving then. We did our own research and discovered all the grim statistics. I did quite a bit of crying and preparing myself for loss while my in-laws were over from Pakistan.” 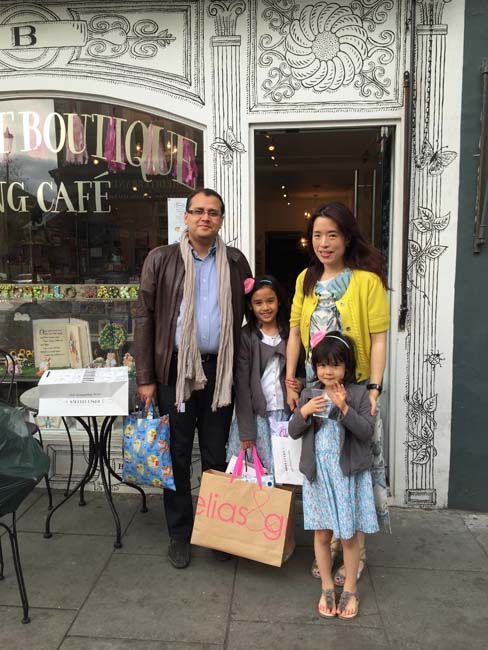 Atif and I became very proactive within online survivors’ support groups, we read lots of books and looked into complementary therapies – I guess that’s why he continued to live for two years after diagnosis.

Atif underwent a craniotomy at The Harley Street Clinic in London under leading neurosurgeon Professor Ashkan and then had the standard treatment of radiotherapy and chemotherapy. He had a recurrence in late 2018 which led to a second craniotomy under Prof Ashkan in January 2019.

Meanwhile we continued to look into other options. Throughout his journey, Atif followed the ketogenic diet and we felt it really helped, along with intermittent fasting, especially when he was going through chemo. I noticed that whenever he did eat sugary foods, there was an immediate and marked deterioration. He also used the Care Oncology Clinic (COC) protocol – a combination of oral medications specifically designed to target the metabolism of cancer, depriving the cancer of the nutrients it needs to grow and spread.

Atif began second line, single-agent lomustine chemotherapy in February, 2019, but only managed two cycles because his blood cell count fell dangerously low. We explored immunotherapy: specifically personalised dendritic T-cell vaccines and went to the IOZK clinic in Cologne to seek treatment. By the time the vaccine was prepared for Atif, using his tumour sample, he was already deteriorating rapidly and IOZK nearly turned us away. I had to beg them to administer the first dose of the vaccine, which they did.

“Back home after the first vaccine, Atif met with his oncologist who decided to withdraw all conventional treatment and gave him weeks to live. We were prepared for this eventuality, but my husband wasn’t prepared to just give up.” 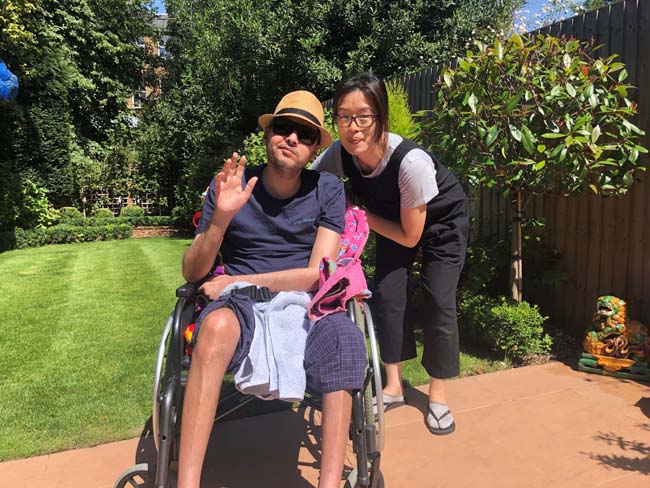 He was transferred to a hospice in St John’s Wood, North London, and continued on various alternative therapies including metformin (the key component of the COC protocol) which controls blood sugar levels, as well as CBD oil. Incredibly after two months in the hospice, Atif, who had such an immense desire to live, had stabilised enough to be discharged. He had hospice care at home where although he was bed-ridden and incontinent, was able to go out in a wheelchair to restaurants and eat his favourite foods.

In October 2019, Atif developed pneumonia and was taken to A&E at St Mary’s Hospital, Paddington. He could have died that night, but again it was not his time. He went back to the hospice for a month and then came home again.

The end came peacefully at home. Atif passed away in his father’s arms on 13 December 2019, surrounded by family.

Atif was never one to put off enjoying life and loved going to restaurants and on holidays. He worked extremely hard and still found time to create wonderful family memories.

“I look back now and it is lovely to know that we really made the most of our time together. Many couples bicker during challenging circumstances, but we never did. We got along so well and laughed and joked about everything. I can’t believe he has gone and that we’ll never have those times again.” 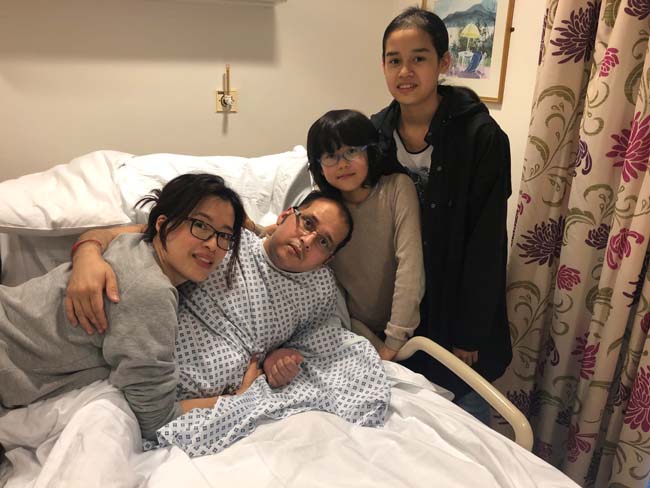 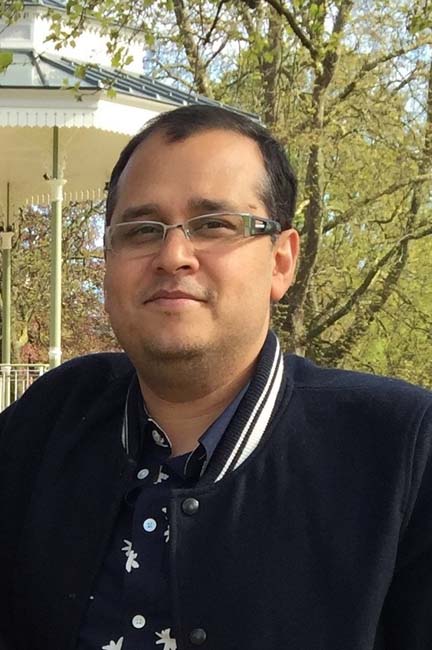