Ashley Shameli was 22 and training to be a solicitor when he was diagnosed with a grade two astrocytoma brain tumour after suffering a massive epileptic seizure. He underwent several operations with the pioneering brain surgeon Henry Marsh and endured gruelling chemotherapy and radiotherapy. He lived for another eight years and died aged 30, leaving his beloved mum Jeanette, his dad, his older sister Shardi and younger brother Shervin.

“When Ashley was born I was six-and-a-half. I remember being so proud to be the big sister of such a beautiful, happy little boy. My other brother, Shervin, was born a year and half later. The three of us were exceptionally close as children and lived together when we moved to London. I will never forget Ashley’s beautiful smile, his cheeky dimple, his twinkling eyes and his kindness. He adored his family and we adored him.”

Ashley was highly intelligent, a straight-A student, but when he went to law school we noticed that he started to struggle with his work. He said he was under a lot of pressure. I noticed that the ibuprofen tablets were rapidly decreasing and when I asked him about it he told me he was suffering from severe headaches due to the amount of work he was doing. I was worried about him but put it down to his studies.

Before taking up his training contract with the international law firm, Allen & Overy, Ashley took a gap year in order to carry out charity work overseas.

It was a Saturday morning in November 2004, after he returned to the UK, that our lives changed forever. Ashley was due to collect my mother from Shrub Hill Station in Worcester. He would always meet her on the platform as he didn’t want her to struggle on her own with her bag. When he wasn’t there to greet her as usual she walked out to the car park where she found him unconscious and lying in a pool of blood by his car. We didn’t know it at the time but Ashley had suffered a massive epileptic fit. He had cut his head when he fell.

Ashley was taken to hospital by ambulance where he regained consciousness. He was cleaned up and blood tests were carried out. A very brusque consultant said they had been unable to find out why he had collapsed, that they had excluded diabetes or heart problems and that there was probably something wrong with his brain. He told Mum and Ashley that a CT scan would be organised in six to eight weeks or whenever his secretary “got around to doing it”.

My brother Shervin and I rushed to the hospital and were told what had happened. I was furious when I heard about the doctor’s dismissive attitude. I took another doctor to one side, told him I was a barrister who had specialised in personal injury, and that if anything happened to my brother while he was waiting for a scan, that could have been prevented if a scan had been carried out sooner, I would sue the Trust and the consultant personally for medical negligence.

Ashley received a scan within the hour.

We were incredibly distressed but nothing could have prepared us for what was about to happen. We were taken into a side room (we came to dread side rooms) where a junior doctor told us that my 22-year-old brother had a brain tumour which measured “5 x 5” on the front right hand side of his head. I asked if he meant 5 x 5 millimetres. The response was 5 x 5 centimetres, the size of a small apple.

I will never forget that moment or the look of bewilderment on Ashley’s face as his hand moved slowly to touch his head. It was as though everything stopped. Life, as we had known it, had ended forever.

We were told that Ashley would be referred to a neurologist in Birmingham within a couple of weeks. We asked for more information about his prognosis. The brusque consultant returned, told us the tumour was very large, high-grade and inoperable. He said my brother had up to a year to live.

We weren’t prepared to give up. Ashley’s life was far too precious. I telephoned everyone I knew asking for advice and we scoured the internet. Within three days we managed to get Ashley an appointment to see the pre-eminent surgeon, Henry Marsh, at St George’s Hospital, London.

Mr Marsh looked at the scan. He told us that the tumour was benign and operable. He didn’t promise us a cure but said that surgery would definitely extend Ashley’s life and extend his life it did - for another precious eight years.

Ashley was prescribed anti-epilepsy medication to control the seizures and, in January 2005 he underwent an “awake craniotomy”, a surgical procedure pioneered by Mr Marsh in which the tumour is removed under local anaesthetic (while the patient is awake) in order to minimise damage to the brain and maximise the amount of tumour that can be safely removed. The tumour was identified as a grade two astrocytoma.

Throughout surgery and the treatment that followed, Ashley remained so strong, not just for his family and friends but for the medical professionals whose lives he touched. He empathised with those around him. On one occasion, he volunteered to let a student nurse put a cannula into his arm. It was the first time she had done it and he reassured her that she was doing it brilliantly and that it didn’t hurt him. He was selfless to the end.

By March 2005, Ashley was well enough to start his training contract at Allen & Overy. He didn’t want people to know about the tumour. He didn’t want sympathy. He wanted to be treated in the same way as everyone else. Many of his work colleagues had absolutely no idea that he was unwell.

We lived from scan to scan. The closer we were to scan day, the greater the level of fear. Ash would joke that he felt more nervous during penalty shoot-outs when England were playing football. Yet again, he was putting on a brave face for his family.

There were more operations, plus radiotherapy and chemotherapy. Ashley was adamant throughout that he was going to fight the tumour and I think his positive mental outlook helped to keep him alive. He had great resolve and was determined to fight until the end. Mr Marsh operated for the final time in September 2011.

We cared for Ashley at home in Worcester. Shervin and I gave up our jobs and moved from London to be with him for every moment that we had left together.

Ashley lost his sight, movement and speech. I’m not sure if he could hear us but we kept talking to him and telling him how much we loved him. It was my great privilege to be at his side, holding his hand, when he died on the morning of 5th March 2012.

Since losing Ashley we have been fundraising for the Astro Brain Tumour Fund which focuses on low-grade gliomas like his. I have a fundraising page which has raised approximately £3,000. Shervin and his wife, Jane, declined wedding presents when they got married and instead set up their own Just Giving page for donations to the charity.

I would do anything to bring Ashley back, but I can’t. What I can do, however, is my utmost to ensure that no other brain tumour victims, or their families, suffer in this way. I am determined to do all I can to raise awareness of this dreadful disease. Brain tumours kill more children and adults, who (like my brother) are under 40, than any other cancer yet receive just 1% of the national spend on cancer research. 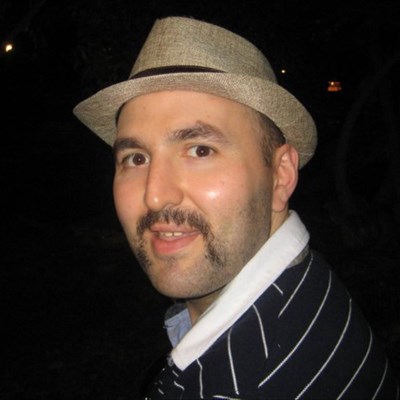