Annie had severe speech and language difficulties which meant that she had to attend special schools from the age of six.  Despite her problems, Annie was a ray of sunshine and made friends wherever she went.  On leaving school she found herself a job, met her future husband and started a family.  After all the early adversities, it seemed that Annie’s life was to have a fairy tale ending…

“As a family, we are all united in a desire for Annie’s legacy to be that fair amounts of funding are dedicated to research into brain tumours.  We want there to be hope, not despair, for other people who learn that a member of their family has been diagnosed with this devastating disease.”
Here is Annie’s story as told by her father Nick…

Annie was the third of our seven children.  She was pretty, always happy and very cute, but there was a growing awareness during her early childhood that something was not quite right and we were seeing a speech therapist before her second birthday.

For a year, Annie attended our local school, but as she still wasn’t speaking and as there was nothing available locally, we were forced to send her to a charity-run school in Worthing, West Sussex – the long journey between Suffolk and the South Coast every Friday and Sunday became our routine.  It was awful leaving her, but there was no alternative.

The school was incredible and, under the care of an inspirational head teacher, the children thrived.  Annie became a confident little girl and by the age of 10 she was fluent in sign language and started to say a few words. It was at this age that she said “Mummy’’ for the first time.

Along with her speech and language difficulties, Annie was also diagnosed with dyspraxia and her balance issues persisted throughout her life.  She was clumsy and often tripping over. Her constant accidents around the house followed by “Oops’’ became a bit of a family joke.

Annie’s teenage years were very happy.  By this time, she had moved to a school in Oxted, Surrey.   Annie took and passed GCSEs in Art, Design & Technology and English and discovered an aptitude for running and swimming, as well as canoeing.  She took her canoeing instructor’s badge, even though she was never able to actually instruct.  When she was at home, she enjoyed singing in St Michael’s Church choir in Framlingham.

For sixth form, Annie went to a school in Derbyshire.  Despite the fact that she was moved from pillar to post to complete her education, it never seemed to faze her.  She made friends wherever she went and always seemed to make a big impression.  Despite what many people saw as a setback, Annie thrived.  She grew into an independent, determined young lady with an unparalleled desire to better herself.

On leaving school, the job market was always going to be tricky for her, but once again she overcame the hurdles put in her way and secured a full-time job in a firm of chartered surveyors.  She was responsible for general administration, although she wasn't able to answer the phone as she still had some speech and language problems.

During her lunchtimes she would often pop into the local supermarket for something to eat.  After a couple of months of chatting to one of the young lads who worked there, she was asked out on a date.  Two years later, she and David were engaged.  She was 24 years old when they married in September 2010 in St Michael’s, Framlingham on a typical English day of mixed weather.   We held the reception in the garden with wonderful home-cooked food and heaps of bunting.

Their first baby, Noah, was born a year later and little Lily came along a couple of years afterwards.  Annie was a natural mother who made her children the centre of her and David’s world.

In March 2015, out of the blue, Annie developed a severe squint. A month later, she started falling over quite frequently. Increasing problems with her eyes led to a series of eye tests which eventually showed indications of demyelination (damage to the myelin sheath, a protective covering that surrounds nerve fibres in the brain and spinal cord), suggestive of Multiple Sclerosis (MS).  We read widely and clung to the knowledge that MS has different forms, some of which never progress.

Sadly, Annie’s symptoms worsened and she struggled to walk without falling over.  She underwent further scans and we were told there was a suspicious shadow on the brain stem.

A biopsy was performed at Addenbrooke’s Hospital after which, bizarrely, for a day or two, Annie was able to speak more clearly than ever before.

We were devastated to be told, in July 2015, that Annie had an astrocytoma grade 3 or 4 and had a very poor prognosis – maybe just a few months.  Because of its position on the brain stem, the tumour could not be operated on and chemotherapy wasn’t an option.  Basically, there was no treatment available, apart from palliative radiotherapy.

By now she was in a wheelchair, unable to move her right hand or leg.

Annie came home to live with us and her Mum, Madeleine, became her primary carer. Noah and Lily went to live with their other grandparents.

We felt so desperate and refused to believe that we could do nothing to help her, so we started to explore diet and alternative medicines.  We tracked down a homoeopathic doctor working within the NHS in Norwich, who was a fantastic support and gave us something to cling to. We also organized hydrotherapy and hyperbaric oxygen treatment.

For nine months, Annie had a good quality of life.  Her children visited her regularly and we took her out as much as possible.  Annie was alert and comprehending, even though she wasn’t walking or talking.

Christmas was special, but shortly after that we found Annie stopped being able to communicate even via her iPad.  Until that point, remarkably, she met every adversity with amazing buoyancy.

Annie was in and out of hospital with unexplained kidney issues and a couple of times spent a few days in the hospice.

One night in early March, when Annie appeared to be recovering from a chest infection, her father sat up with her late into the night; she was bright and communicating by squeezing his hand.  The next day we couldn’t wake her.  It was a strange coincidence that her aunts – one who lives in America and the other in Leicestershire – chose to visit that day.  The aunts took all Annie’s siblings and David out for lunch, which just left the three of us at home.  Annie started to breath erratically and then, with Mum and Dad at her side, she squeezed our hands and slipped away peacefully.

The church was packed for Annie’s funeral – she had touched a lot of lives.

As a family, we are all united in a desire for Annie’s legacy to be that sensible amounts of funding are dedicated to research into brain tumours.  We want there to be hope, not despair, for other people who learn that a member of their family has been diagnosed with this devastating disease.  It is so wrong that just 1% of the national spend on cancer research goes to brain tumours, particularly as it is such a young person’s disease.

We set up Annie’s Challenge after our beautiful daughter was diagnosed with an incurable brain tumour and Annie was actively involved in every aspect.  She helped build the website herself and witnessed Kitty completing some runs to start off the fundraising.

Annie also knew that her brother Henry was committed to “doing something mammoth” to raise awareness.  He decided to walk from UK to Kathmandu – a distance of 6,500 miles. The story of this walk is unfolding on the website www.kathmandu-it.uk  Please follow them.


If you have been inspired by Annie’s story, you may like to donate to this fundraising page in her memory: www.justgiving.com/campaigns/charity/annies-challenge/kathmanduit 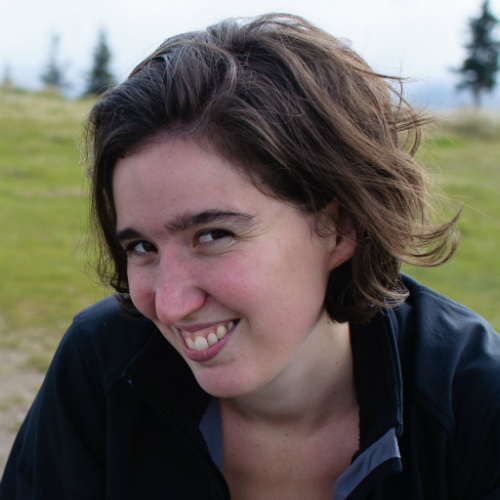