Anna was diagnosed with a brain tumour in February 2005 and following a 7-hour operation to remove it she underwent an intensive chemotherapy programme at Addenbrooke's Hospital in Cambridge. For 15 months she spent every other week in hospital but sadly, like the majority of children diagnosed with brain tumours, Anna lost her battle and passed away aged 3 years 8 months.

Anna was an inspiration to everyone she met. She never once complained that she had lost her hair or had to be fed through a tube in her nose for 15 months. She was courageous and even though Anna was frightened many times when she was in hospital, she never once refused to do what was asked of her.

Despite the constant drain on her energy that comes with chemotherapy Anna was full of life, full of character and full of mischief. It is a tragedy that someone so young should die and my wife Carole, daughter Sara and I miss her so much.

Throughout Anna’s treatment Carole and I were privileged to meet a lot of brave children like Anna – too many in fact. We also discovered that whilst all children’s cancers are serious, many of them, like leukaemia, have high cure rates, however some cancers, like brain tumours, have very low survival rates. And those fortunate to survive the gruelling treatment programme of chemotherapy and radiotherapy can have significant problems with learning ability and behaviour.

Before we knew Anna was going to die, Carole and I vowed that we would try our best in
the future to help those children with brain tumours and try to improve their chances of
survival and rehabilitation. Anna’s death has given us extra purpose to achieve this goal, albeit an enormous challenge, but if we all had the attitude of not doing things because it was too difficult we would not have seen the significant advancement in medicine over the last 25 years.

It will be a very long haul and we do not underestimate the challenges that lie ahead but we are inspired by Anna and children like her who battle every day and with your help we want to give future children a better chance of survival. 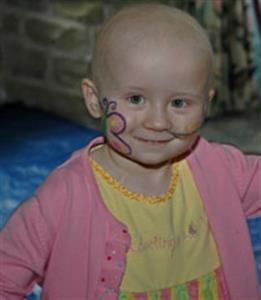