Andrew Atkinson-Whitton loved life. In his 37 years, he touched so many lives with his infectious smile and happy-go lucky nature. Andrew kept smiling even when he was diagnosed with a grade 4 glioblastoma multiforme (GBM) and had to undergo intensive surgery and treatment but the tumour was too aggressive. He died 20 July 2018, just 14 months after diagnosis, leaving his husband Carl, mum Jill and brother Robert.

Here is Andrew’s story, as told by his mum Jill …

It was May 2017. I was at work when my son Andrew called to say a colleague had taken him to A&E. I told him I’d meet him there but he said not to worry and that he would be home soon. Andrew called Carl, clearly upset, and told him they had found a mass on his brain.

"Deep down, we think he knew something wasn’t right in the few weeks leading up to diagnosis."

Andrew had been experiencing a strange pain in his knee and he was losing feeling in one of his legs; even making a hot drink and using the kettle and iron had become a challenge for him. He was a healthy 36-year-old and shouldn’t have been struggling with such day to day tasks. I had told him to go see his GP who suspected a trapped nerve in his lower back and told Andrew to go back in six weeks. When his symptoms suddenly worsened, however, Carl made a referral through a private health care policy.

In the end, it wasn’t a doctor’s advice that led Andrew to A&E but a concerned colleague. Andrew had been trying to drive to work one morning but he couldn’t feel the pedals in his car so a colleague picked him up from home and took him to hospital. That was the day everything changed.

"After his diagnosis, the GP wrote Andrew a letter to apologise but we had no anger or resentment. Andrew had a glioblastoma multiforme (GBM) which is the most aggressive type of brain tumour, so there was nothing the GP could have done to stop it."

What’s more, Andrew’s consultant believed the tumour hadn’t been there much longer than three weeks. We just wish it hadn’t been a grade 4 tumour and that we could have had more time together.

Andrew and I were exceptionally close, we saw each other all the time and now he’s gone I miss him terribly. In 2014, I was diagnosed with breast cancer and Andrew took me to and from radiotherapy appointments every day. Little did we know that a few years on, we would be back at the same hospital, this time with Andrew undergoing radiotherapy instead. It was such a cruel twist of fate. He was such an intelligent young man who truly loved life and his passion had always been art – before his diagnosis, he even began to sell some of his artwork – but that was yet another part of his life brought to a halt by this horrible disease.

Surgery and treatment followed and Andrew stayed smiling throughout. He was such a vibrant person with a really happy disposition, and he was loved dearly, not just by me, but by his brother Robert, Carl, friends, and colleagues and pupils at Green Lane Primary School. 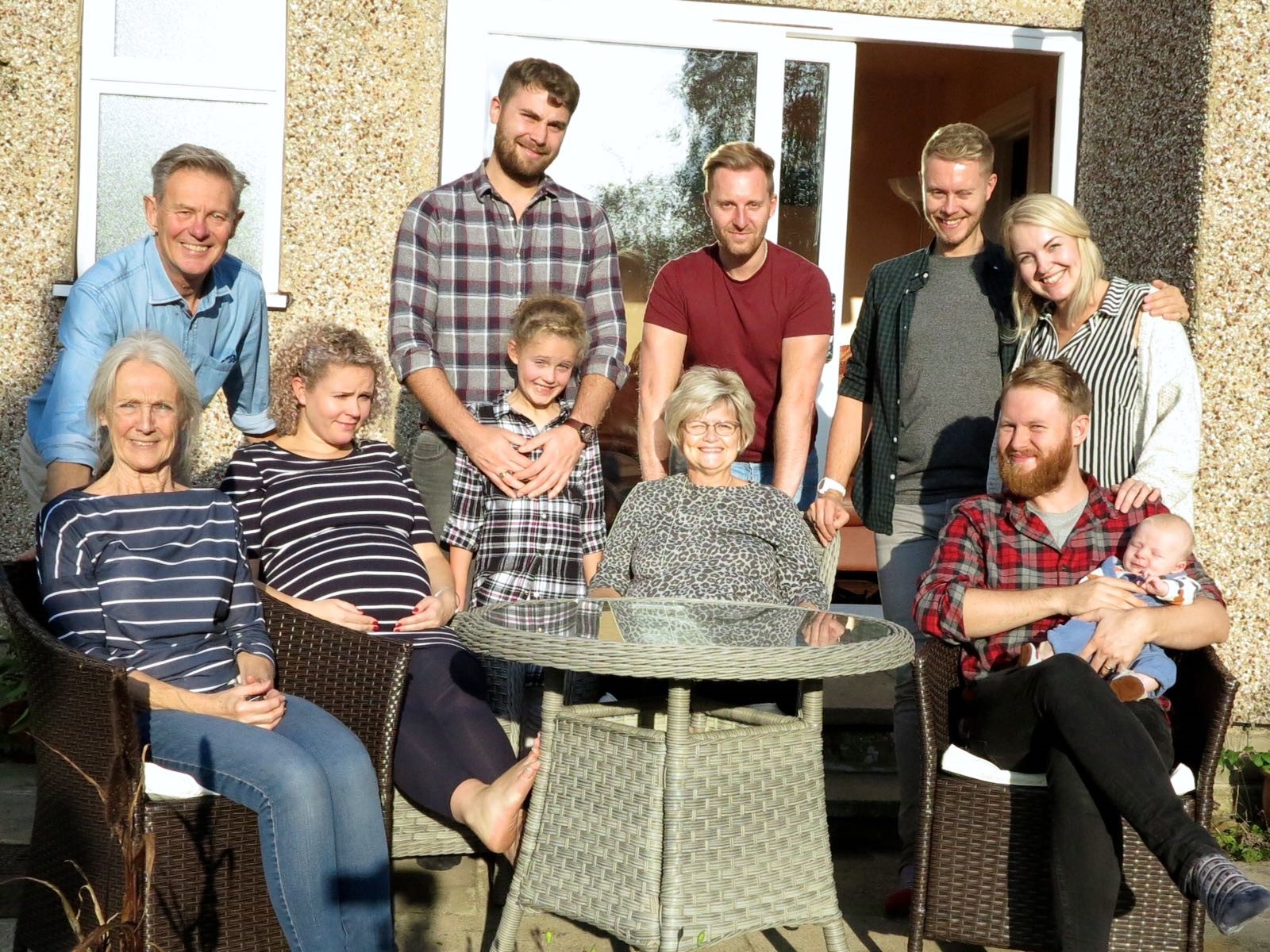 Andrew had been working at Green Lane Primary as an Assistant Head for more than five years and was extremely dedicated to the job and popular amongst the children. He was popular outside of work too, and loved entertaining and spending time with me and our friends. It was clear at his funeral how truly loved and treasured Andrew was.

His treatment went smoothly and, knowing that we had about 14 months left together, we didn’t let his diagnosis hinder our plans. We decided to buy a house together and moved in on 22 December 2017, but within a few weeks, Andrew became seriously ill and was found to have blood clots in his lungs.

He was admitted to hospital where he then caught swine flu, pneumonia and had a bleed on the brain – and despite the odds at the time that Andrew wasn’t going to pull through, he succeeded through his own sheer determination.

"Amazingly, he still stayed positive and I remember one time a nurse told Andrew some bad news but instead of getting upset he said ‘It doesn’t matter. How are you?"

After such a scary time, I decided to propose to Andrew. He had always wanted to get married and said yes straight away. We had an amazing wedding day on 4 May 2018, surrounded by family and friends at Chapel Allerton Hospital in Leeds. It was an extra special day as Andrew was baptised at the same time. 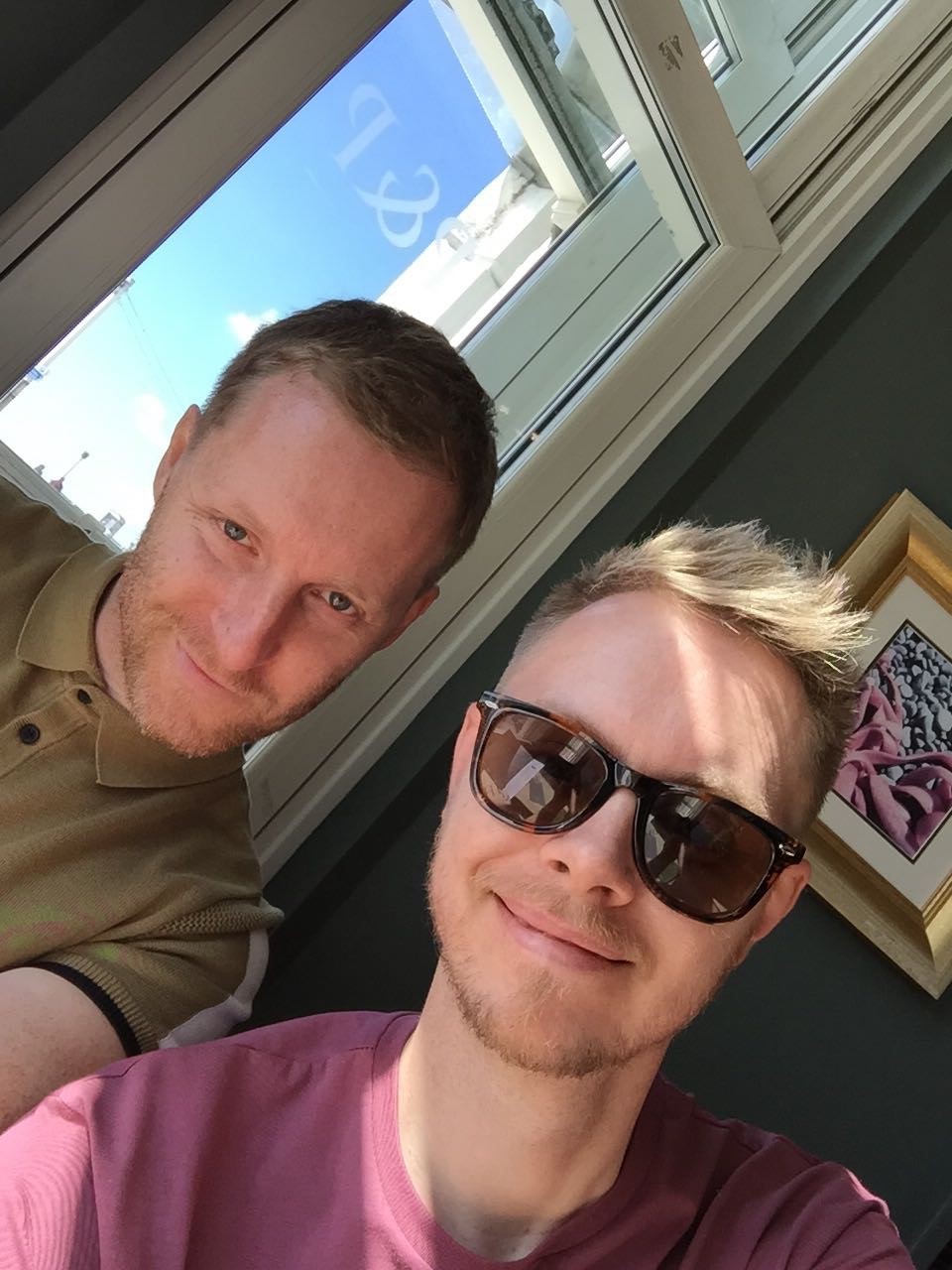 Our happiness was short-lived as two months later Andrew started to rapidly deteriorate. He lost his ability to walk and talk and started suffering seizures.

Everyone at school missed him dearly and they started fundraising for Brain Tumour Research in his name. When Andrew was in hospital, his colleagues brought in a scrapbook of photos and messages from the Wear A Hat Day event in March 2018.

"The pupils came in wearing their favourite hats and danced through the school in a giant conga line. They raised £1,300 in Andrew’s name for the Brain Tumour Research charity and, although he couldn’t speak or smile at this point, we could tell he was very touched by it all."

I remember one of the messages from the pupils at school said: ‘Mr Whitton is always laughing and joking. He walks down the corridor humming and always pops his head in and winks at the class.’

Sadly, Andrew was never able to see his pupils again as he died peacefully in July 2018, surrounded by Jill, Robert and me. We miss him so much, but we take some comfort knowing that he isn’t suffering anymore. Brain tumours are so cruel and unfair, and I want other families to know they’re not alone.

"If we all talk more about our experiences and raise awareness, then we can stop brain tumours being such a neglected cancer and make a positive change in our loved ones’ memories."

Andrew lives on in all of us and his three-year-old niece and two-year-old nephew talk about Uncle Andrew all the time – always saying that Uncle Andrew is in the stars watching over them. 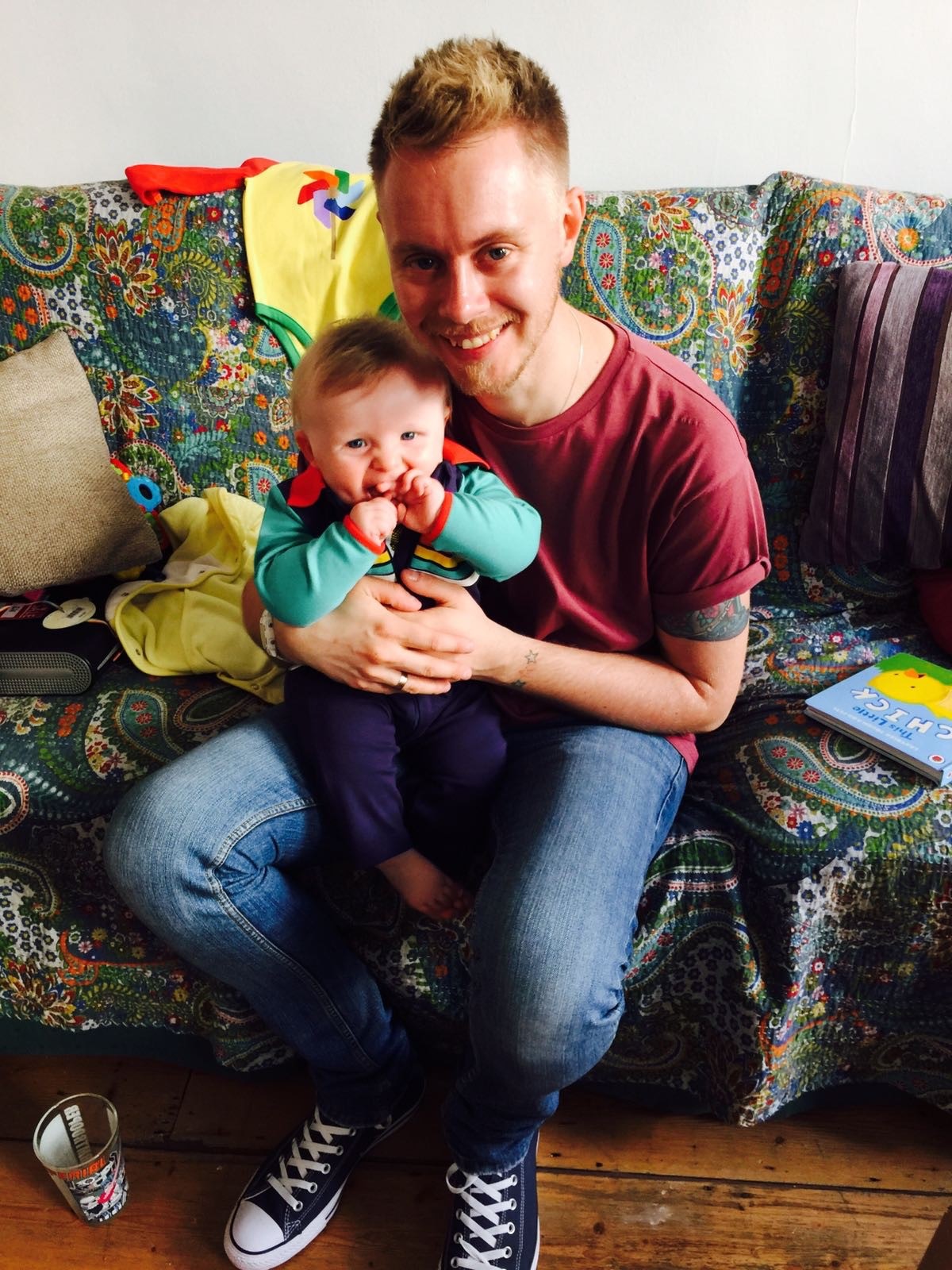 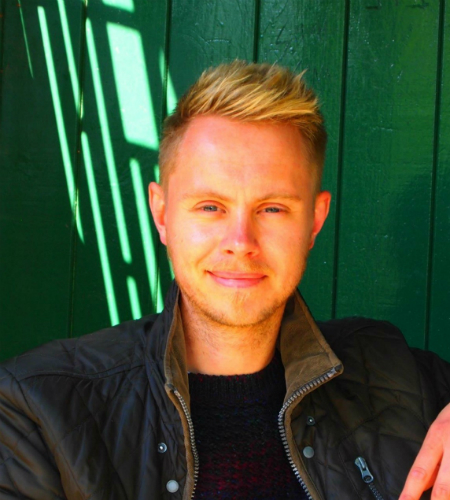