Ainars Trojanovskis from Newcastle upon Tyne was a fit and healthy dad to Daniel, 15, and Oliver, 10. Towards the end of 2020, he started to experience phantom smells and had problems with short term memory. In January 2021, he suffered a seizure while at work and was taken to hospital. He had a CT scan and an MRI scan which revealed a lesion on his brain. He was told it was likely to be a low-grade glioma but after his operation in April, a biopsy revealed he had an astrocytoma. Ainars underwent chemotherapy and radiotherapy, but a scan showed the tumour had spread to his spine. He died on 23 October 2021 with his loving family by his side.

Ainars was the most amazing, open and optimistic person who made friends everywhere he went. He never complained about his health because he was so fit and healthy. He was hard working and he loved his job as a panel beater at a garage.

Towards the end of 2020, Ainars started to complain about his short term memory, which was strange because he always had such a good memory, but he couldn’t remember things like the names of famous actors that he knew. 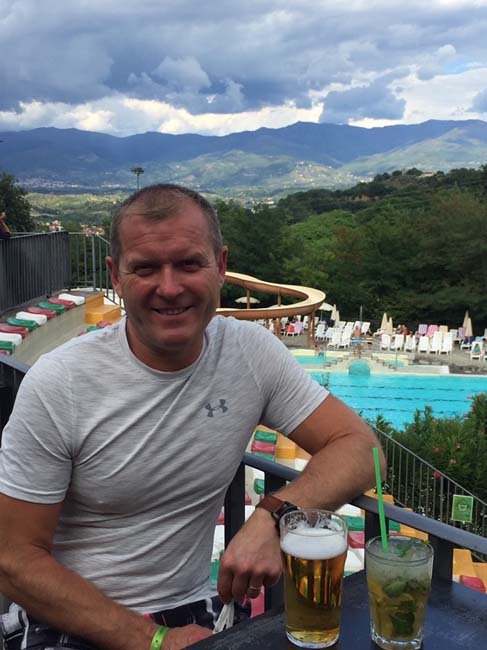 “In December, he said to me : ‘Do you smell something burning?’ but there wasn’t any such smell.”

In January 2021, Ainars called me when he should have been at work. He said: ‘Don’t worry, I’m at the hospital because I had a seizure at work’. He had been taken by ambulance to Northumbria Specialist Emergency Care Hospital where staff suspected that he had suffered an epileptic seizure.

At the hospital, Ainars told the surgeon that he had actually had more smelling episodes that I hadn’t been aware of. He said it was like someone was frying food right under his nose, but he hadn’t said anything because he didn’t think it was so unusual. 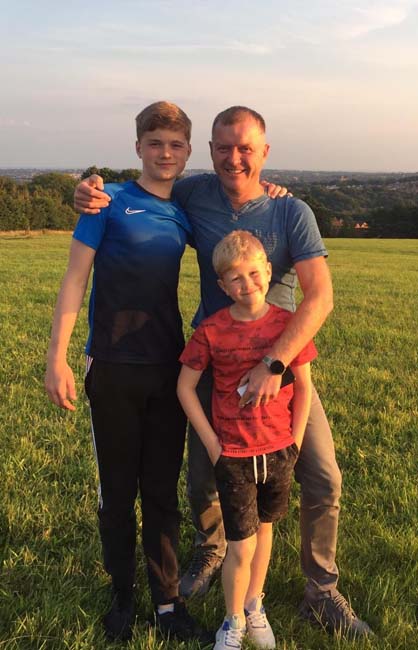 He spent five days in hospital where he had CT and MRI scans. He was prescribed anti-seizure medication and was sent home. Ainars was feeling absolutely fine and returned to work but two weeks later, at a consultation with a neurosurgeon, we were told that Ainars had a low-grade glioma. We were so shocked.

After the consultation, we decided that surgery would be the best option. Because of COVID we were waiting patiently for an awake craniotomy to safely remove all of the tumour without having an impact on his memory and speech. Unfortunately, this was not meant to happen because Ainars had a grand mal seizure in March and he was put on a high dose of steroids. We were advised to go for surgery as soon as possible.

Ainars had an operation on 6 April at Royal Victoria Infirmary in Newcastle. It went well and they managed to successfully remove 80% of the tumour. I was relieved to see that his memory had not been affected. 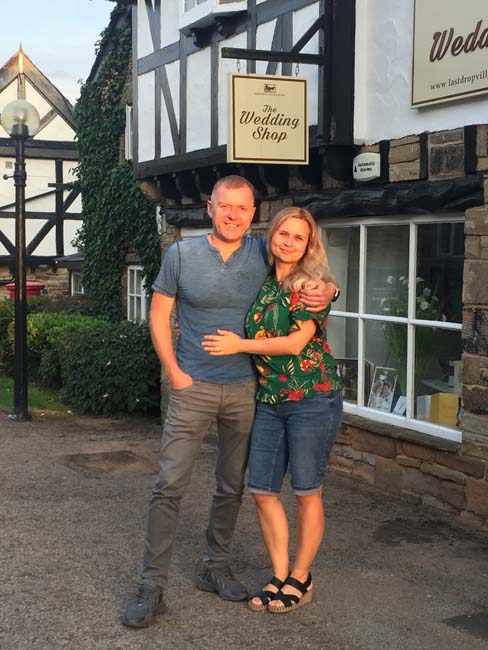 “When we received the results of the biopsy, we were devastated to find out that the tumour was actually an astrocytoma wild-type that would eventually develop into a glioblastoma (GBM).”

Despite this, we still had hope that treatment would work and didn’t want to believe the scary statistics about brain tumours. Ainars went through 33 rounds of radiotherapy, followed by chemotherapy. He was very brave, optimistic and hopeful throughout, and he hardly ever complained about anything. Ainars was even able to return to work in the garage for a few weeks in August which made him really happy.

However, after the first cycle of chemo he ended up in the Freeman Hospital with uncontrollable vomiting. They thought it was a reaction to the chemotherapy so they put Ainars on a drip for four days. I wasn’t happy so I insisted that Ainars had a scan. 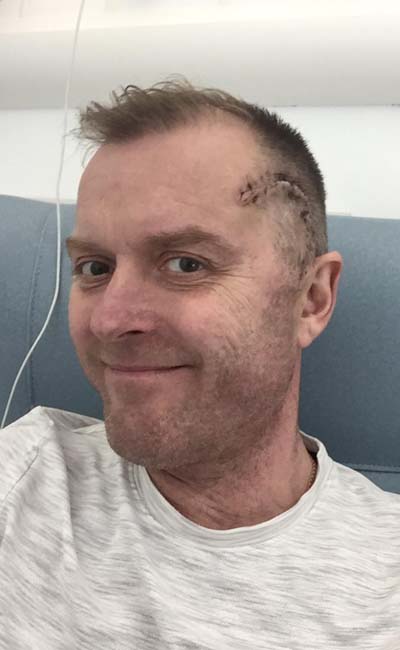 “The scan revealed that not only had the treatment not worked, but the tumour had spread to his spine. I was in total shock, it was like the end of the battle.”

We were told that this was very rare, but could not believe how unlucky he was. Ainars didn’t want to give up fighting and was keen to try a different chemo, but he felt too poorly to be able to do it and the rate of success was too low.

I stopped working so I could look after Ainars at home. He was getting worse so my mum moved in with us and she gave up work to help me with Ainars and to help take Oliver to school. 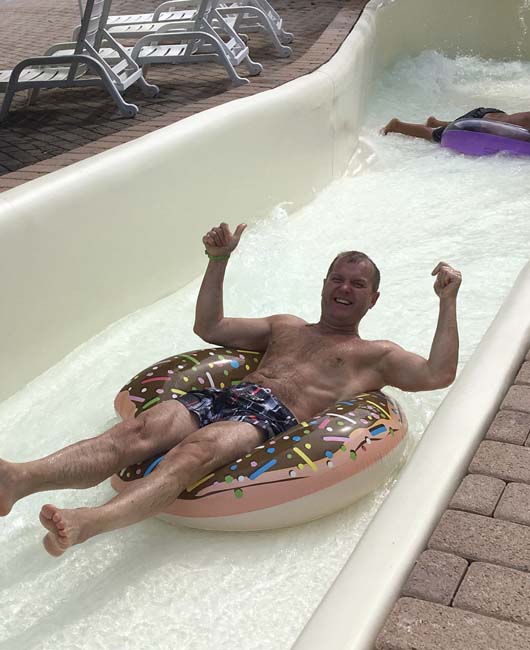 “It was a horrible situation; he was struggling right until the end. He went two weeks without food, I was having to put food into a syringe to try and get some food into him.”

His anti-seizure medication wasn’t working so he was suffering from lots of seizures. Thankfully, we had an excellent palliative care team, who helped me and my mum to look after my husband at home. We will forever be grateful to them.

My husband lost his battle and passed away while holding my hand on 23 October 2021 at home surrounded by his family. He was only 48, and he was loving, caring, enthusiastic, optimistic, always smiling and he loved life more than anyone I know.

“My two boys, Oliver, 10, and Daniel, 15, will grow up without their dad being there to support them. This breaks my heart.” 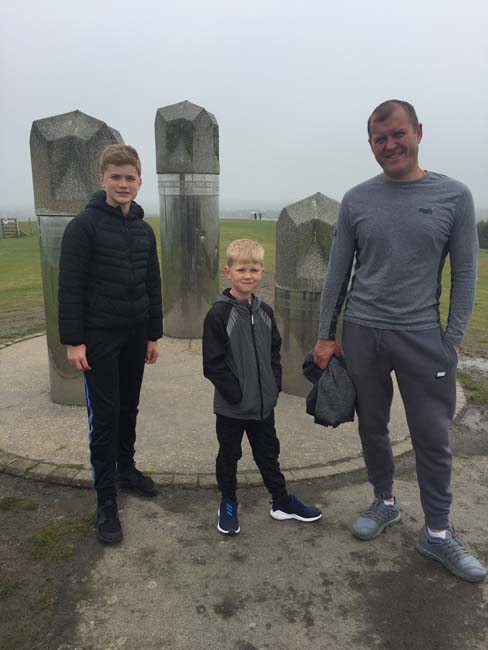 The fact that treatment for brain tumours has not changed in the last 50 years also breaks my heart. There have been so many advances in science, medicine and technology in recent years, but not enough money is invested in brain tumour research. If I didn't insist that the medical staff did an MRI scan on Ainars’s spine as well as his head, they would never have known about his tumours. More needs to be done to raise awareness of this devastating disease. I hope that the story of my husband will help to do this. It’s the least I can do. 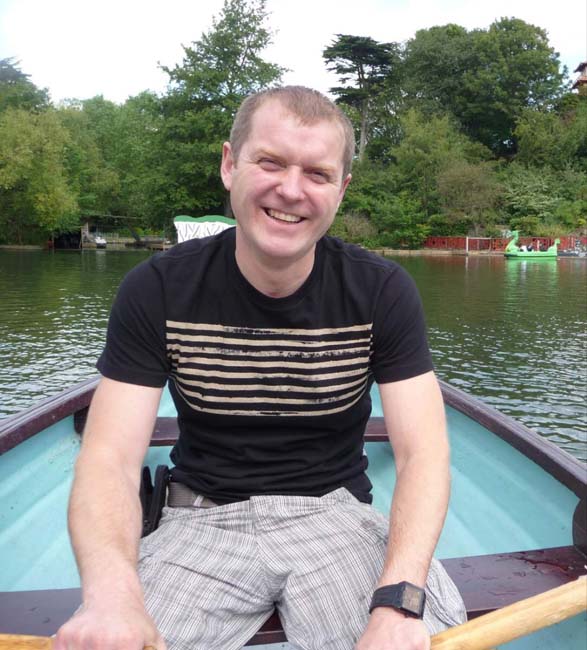