Director Adrian Vitoria was shooting a film in the States when he was diagnosed with a brain tumour. He underwent surgery and self-funded pioneering new treatment, continuing to work on what was to be his final project while having chemotherapy. Adrian returned to Suffolk in the later stages of his illness. He passed away in November 2016 at the age 48.

“I don’t think people are aware of how cruel this disease is. It was torture for me to watch as Adrian was robbed of his mobility and his faculties especially as he was such a great communicator. He became bedridden, unable to even lift his head. It was an agonisingly slow decline as my brother became locked-in as the tumour grew.”

My talented and wonderful brother Adrian had twice cheated death before the brain tumour which was to claim his life was diagnosed.

As a toddler, he underwent surgery for a pulmonary stenosis which, had it remained undiagnosed, would have killed him in a matter of weeks. Many years later he was caught up in the 2004 Boxing Day Tsunami which claimed the lives of more than 280,000 people. He fled his hotel in Sri Lanka helping, and being helped by, local families as he went.

In the years between and immediately after those two brushes with death, Adrian had trained as an actor and realised his dream of becoming a film maker. He had directed the soaps including Casualty, Brookside, Hollyoaks and The Bill, “made” it in Hollywood, where he worked with Robert De Niro and in Norway with Sean Bean. He directed acclaimed films such as Age of Heroes with Sean Bean and Danny Dyer, The Crew with Stephen Graham and Heist with Robert De Niro. He was close friends with The Lost Boys actor Billy Wirth and they were in touch until the end when Billy was a pall bearer at Adrian’s funeral.

Throughout it all, Adrian remained my “little” brother, handsome, much-liked and hugely likeable, generous and driven. As the eldest, I was protective and always in charge of him and our brother Richard Bastick.

After we left school, Adrian and I used to go out together in London quite a bit. We would go to clubs and bars and dance at parties. Every now and then, sensing I was “cramping” his style, he would ask me to leave his side for a bit because he didn’t want people to think I was his girlfriend. He was a handsome young chap, very popular with women and I found it quite funny.

Adrian was always a performer and it’s only recently that we have discovered plays he wrote whilst at school, assigning roles to his classmates. He could sing as well, at one stage he was head chorister at school and I can remember how he would sing and dance to entertain the elderly nuns as he waited for me to finish lessons at my convent school. Adrian was a leader, captain of the school rugby team and the boys used to look up to him.

As a teenager Adrian was pursuing his theatrical ambitions. He went off to the Lee Strasberg Actors Studio in New York, founded by the American exponent of “method acting.” Alumni included Angelina Jolie, Scarlett Johansonn, Alec Baldwin, Sienna Miller and Brandon Lee. Training as an actor helped him to understand that his true passion was to be a film maker; he wanted to direct.

Adrian lived and worked in LA and would come home regularly to London where he had a home in Notting Hill. He got to know so many people and when he was back home he would nonchalantly drop into the conversation that he had been chatting to Hollywood legend Jack Nicholson at a party. He went to the Oscars and knew George Clooney – even “body doubling” for him once when George was staying at a hotel in London and needed someone to act as a decoy so that he could leave from the back door without alerting the press who were camped outside.

Adrian was liked and likeable, a genuinely nice guy. With his blue eyes and big smile, he was one of those people who really did light up a room. In the film business it’s not unusual for there to be a slightly difficult relationship between the crew and the director. But this wasn’t the case with Adrian, he had a certain way about him, especially with the actors. He was always playing music and making sure everyone was relaxed. He knew how to get the best out of people.

Adrian was in the States when he became ill. When he came home to visit us in Suffolk in March 2015, we noticed he had lost weight and, odd as it may sound, his head looked bigger – maybe because of the weight loss?  He didn’t mention anything about headaches but a couple of months later he was admitted to hospital in New York where a scan revealed he had a brain tumour. Together with our parents, Teresa Vitoria and John Bastick, our brother Richard, and my husband Tim Stonehouse, I flew over on 1st June.

The operation went well and when we saw Adrian he was obviously shaken by what had happened but encouraged they had managed to remove most of the tumour.

Once he was well enough Adrian flew back to London where he was treated by Paul Mulholland, the oncologist who was also treating Nicki Waterman, who was a celebrity fitness trainer and columnist for The Sun newspaper. Like Nicki, Adrian’s tumour was a glioblastoma multiforme (GBM), the worst possible type. It was cancerous and aggressive. With no clinical trials available, Adrian took the decision to self-fund a course of DCVax®, a pioneering new type of immunotherapy treatment. Cells from Adrian’s excised tumour were used to create a vaccine using activated dendritic cells, the master cells of the immune system.

I knew there was no cure but remained hopeful the treatment would buy time. We had to remain as positive as possible. Adrian seemed to manage to remain optimistic throughout his treatment which included radiotherapy and chemotherapy.

Adrian’s diagnosis had been kept very quiet and although he wouldn’t have been able to work on a big movie during his treatment, he was on set throughout what was to be his last project as a director. Working with his friend, the writer Alistair Audley, he directed the short film Leni, Leni about the German filmmaker and Nazi propagandist Leni Riefenstahl played by Hildegard Neil. Although they were close, even Alistair wasn’t fully aware of how serious things were. Adrian lost his hair, struggled with his peripheral vision and had difficult remembering things but he remained typically brave and hard-working.

When Adrian came back to visit us in Suffolk in early December 2015 I could see that things weren’t great. He couldn’t write and was struggling to read. We were never able to have a conversation about death and dying even when we tried in subtle ways.

Adrian was taken ill while away over Christmas and came back to London earlier than planned. He did try a few courses of the drug Avastin, again self-funded. I think it helped him a bit.

I remember meeting up in London during the summer of 2016 and he was smiling and upbeat, incredible given the circumstances. Adrian always considered himself to be a Suffolk boy and, as his condition deteriorated later that year, he rented a house here. He would walk around the grounds, determined to walk while dragging his leg, listening to Samuel Barber’s Adajio for Strings from the film Platoon, this was Adrian’s battle.

I don’t think people are aware of how cruel this disease is. It was torture for me to watch as he was robbed of his mobility and of all the faculties which had made him such a good communicator. He couldn’t read or write properly. He became bedridden, unable to even lift his head. It was an agonisingly slow decline with Adrian becoming locked-in as the tumour grew.

The dreadful deterioration continued as the weeks of autumn passed and Adrian was treated by the hospice at home team. On the evening before he died, I sat with Adrian and held his hand. He gave me a look as if to say goodbye and I told him I loved him. He passed away on 20 November 2016 at the age of 48.

Adrian was a very generous person and we cannot let his death be in vain. In fact he made it very clear to his great friend Alistair and me that we had his blessing to support the work of Brain Tumour Research.

Alistair was very moved by what his friend had gone through and we agreed we should do something. I am so pleased that Adrian was able to give his blessing to the idea of a charity screening of their short film Leni, Leni to raise funds for Brain Tumour Research and that, in telling his story, we can help others.

To receive our magazine and updates please complete our registration form http://www.braintumourresearch.org/contact-us


The views or opinions expressed within are not necessarily those of Brain Tumour Research. This content has been shared for information purposes only. Brain Tumour Research does not recommend or endorse any particular treatment. If you have or suspect you may have a health problem, you should consult your doctor or other suitably qualified medical professional. Our member charity brainstrust can provide additional information on treatment options. 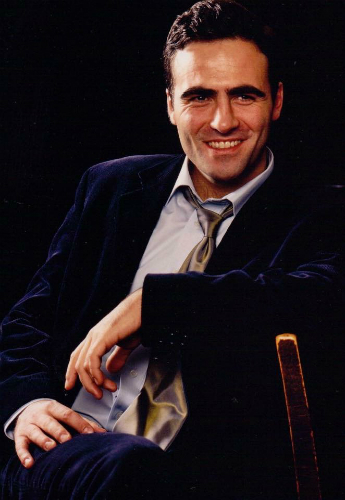