Havant resident Zoe, 42, was diagnosed with a tangerine-sized meningioma in 2012, and life has never been the same since. The inoperable tumour damaged Zoe’s pituitary gland – meaning she will be on hormone replacement medication for the rest of her life. But Zoe’s health scare was also the wakeup call she needed to make the most of every day. Less than a year after her diagnosis, Zoe married her partner Candice and adopted their daughter Isabella, and now Zoe is looking forward to taking part in the Brain Tumour Research charity’s Wear A Hat Day for the third year running.

Despite the fact my tumour is low-grade, it’s had a huge impact on my life. Many people have told me how lucky I am that my tumour isn’t more aggressive, but my diagnosis changed my life dramatically – for better and for worse.

My tumour was, in some respects, the wakeup call I needed. After my diagnosis in 2012, my partner Candice and I soul-searched and wondered what we would regret had I been given a worse prognosis. The two things we wanted to do were to get married and to start a family. We finally tied the knot in May 2014, after 17 years together, before adopting our daughter Isabella the following August. 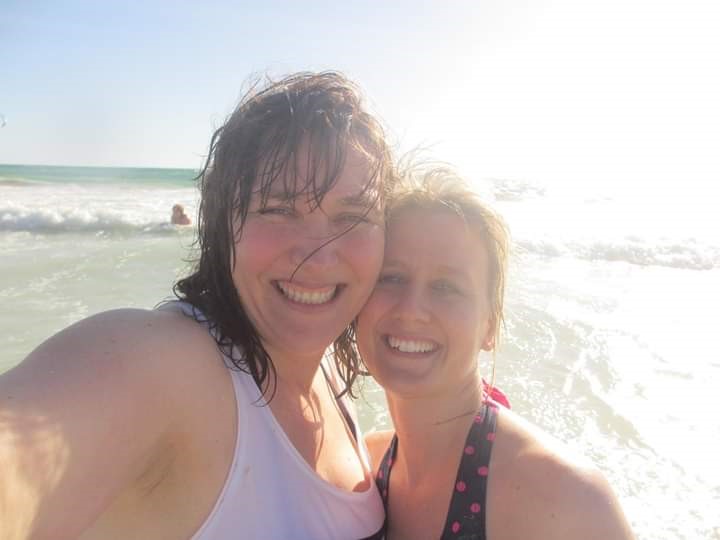 However, my tumour has severely impacted my health, and I have had to accept that I will never be the person I was before my diagnosis. Because of the damage to my pituitary gland, I feel constantly exhausted and have to take daily medication.

It all started when I was studying in my final year at the University of Chichester, in 2012. I was feeling very lethargic and my periods had stopped, but I put this down to the stress of studying, while also working full-time as a nursery nurse. I didn’t feel like myself and suffered from painful migraines too.

If my symptoms weren’t because of stress, I thought it must be the menopause, so I went to the GP and asked for a blood test, which showed that I had elevated levels of prolactin hormone. I received a follow-up phone call a couple of weeks later, just the day after my graduation, where I was told I needed to have an MRI scan at the Queen Alexandra Hospital in Portsmouth, as my hormone imbalance indicated that I might have a small pituitary tumour. The news was daunting but I wasn’t overly concerned, as the doctors sounded very calm.

"When I received the results of the MRI, however, it all hit home. The scan revealed that I had a larger tumour than anticipated and it was wrapped around my carotid artery: a ‘no man’s land’ for brain surgery, which meant my tumour was inoperable. I felt as if I was on the outside of my body looking in, and Candice broke down in tears."

My tumour was confirmed as a cavernous sinus meningioma and it was growing into my pituitary gland, which explained my hormone imbalance. As radiotherapy might have damaged the gland, I was advised to ‘watch and wait’ with routine MRI scans. I was prescribed medication to control my prolactin levels, took some time off work over Christmas 2012, and soon felt much better.

Candice and I spent the new year in Australia, and stayed with my dad. It was during this holiday that we realised it was finally the time to get married. Our wedding in May 2014 was everything we could have dreamed of and we presented our guests with pin badges from the Brain Tumour Research charity to help raise awareness. 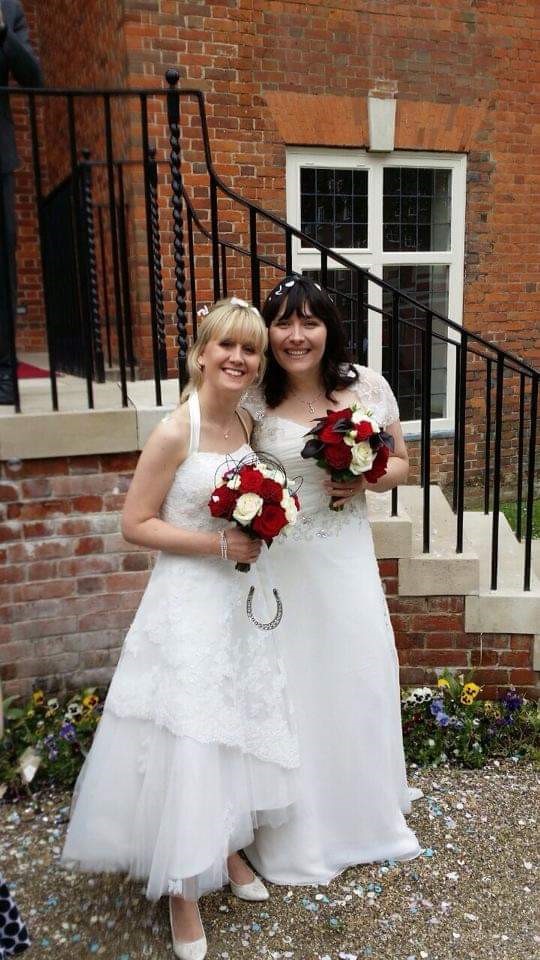 "We began the adoption process a few weeks later and welcomed our darling Isabella into our home in July. She is wonderful and brings so much light into our lives."

In the months leading up to the adoption, however, I wasn’t feeling quite right. I was snappy and often sick, suffered from migraines and soon became very unwell. By September 2014, the symptoms were so intense that I just wanted to scream and crawl on the floor.

After a number of inconclusive tests at the Queen Alexandra Hospital, a scan revealed that my tumour had grown a further 1mm; enough to cause further damage to my pituitary. I wasn’t producing any oestrogen and went into adrenal crisis, as I could no longer produce cortisol. Steroids helped to control my symptoms but it took me a while to get back on my feet. At one point, I remember my mum crying, as she thought she was going to lose me.

Life became a trial and error of testing different doses of medication. I thought things had just about settled down when, at the beginning of 2016, the tumour began pressing on my optical nerve, causing diplopia and trigeminal neuralgia, resulting in double vision and facial pain. I had a six-week course of radiotherapy at Southampton General Hospital, which made me very tired. I also lost a lot of hair, but I didn’t feel too self-conscious and it soon grew back.

The radiotherapy stabilised my tumour and a follow-up scan showed that my tumour had shrunk by 3mm, alleviating the pressure on my optic nerve. 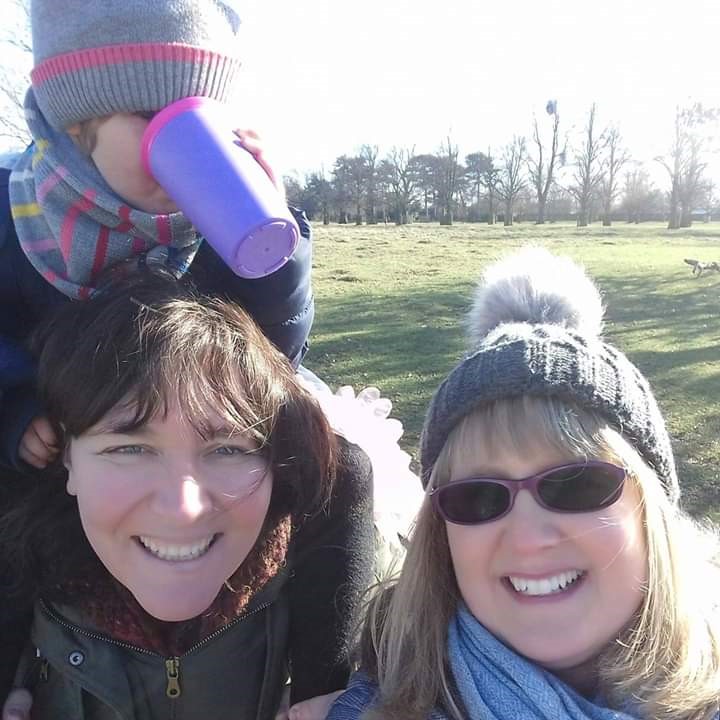 When I was first diagnosed, I was very anxious that my tumour would kill me. Now, I worry more about the effect it will have on my body while I’m alive. I know I’ll never be the same as I was before my diagnosis and this is why I want to raise awareness of low-grade brain tumours and how they can have a dreadful impact on someone’s health.

"I’m very excited to be taking part in Brain Tumour Research’s Wear A Hat Day for the third year running. This year, I’ll be holding the fundraiser at my local community centre and I can’t wait to see all the local residents turn up in their favourite hats."

Get your FREE Wear A Hat Day fundraising pack 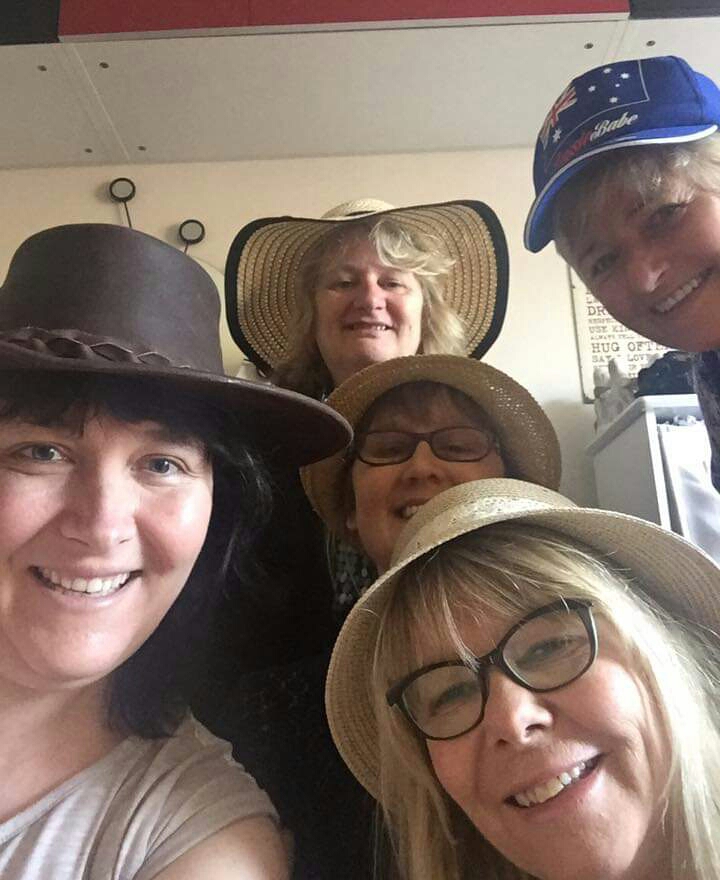 Despite my debilitating symptoms, I try to stay positive for Isabella. Isabella calls my tumour ‘mummy’s blob’ and she understands that I need medication and regular scans. While I’m taking time away from work to look after her, I’m looking forward to returning to work in future, and I want to pursue a supporting role in a school. I’m thankful for the support I’ve had from my friends and family members over the years and joining a Facebook group for meningioma patients really helped me come to terms with my diagnosis. 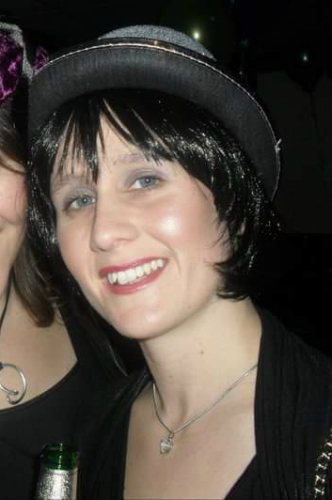