When Milton Keynes resident Tom Meager was diagnosed aged 26 with a grade 3 anaplastic oligoastrocytoma, it was a shock because his family were expecting it to be confirmed as a low-grade tumour. A devoted family man, Tom is inspired by his two young children and is doing well and now on annual scans.

Here is Tom’s story as told by his wife Tanya…

Tom and I met through our joint love of cars – we both went along in our late teens with friends on what was known as “The Cruise” near the old hockey stadium in Milton Keynes to show off our prized automobiles and, as they say, the rest is history.

Tom was never ill – he didn’t even get colds. He was also very fit and went to the gym daily. It was there that he had a big fit in April 2014 and was taken by ambulance to A&E at Milton Keynes General.

Prior to the fit, Tom had experienced what the GP had diagnosed as ‘auras’ when he felt dizzy and would drop whatever he was holding. He had already undergone an MRI scan in the February of that year. We had eventually received a letter informing us that they had found ‘a lesion’ but we were still waiting for an appointment to discuss what that meant. We later discovered, having still not heard anything and ending up writing to the CEO at the John Radcliffe Hospital in Oxford, that the neurosurgeon had forgotten to put Tom on his list.

“It was therefore quite a shock when the CT scan confirmed Tom had a brain tumour. I was 14 weeks pregnant with our first child so the news on top of all the hormones raging in my body, made me feel very stressed.”

Tom underwent surgery in July to remove as much as possible of what we were told looked like a low-grade tumour.  We had bought tickets for Ford Fair at Silverstone (Europe’s biggest Ford festival) and Tom was desperate to go. He managed to persuade his neurosurgeon to discharge him on the Friday to give him time to prepare his car for the event on the Sunday. Fortunately, friends and family all pitched in to help him get ready.

Devastatingly, when we got the results of the biopsy, they confirmed that Tom actually had a grade 3 anaplastic oligoastrocytoma. I burst into tears.

“Tom didn’t want to know the name of the tumour – he just wanted to get on with the treatment and get his life back to normal.” 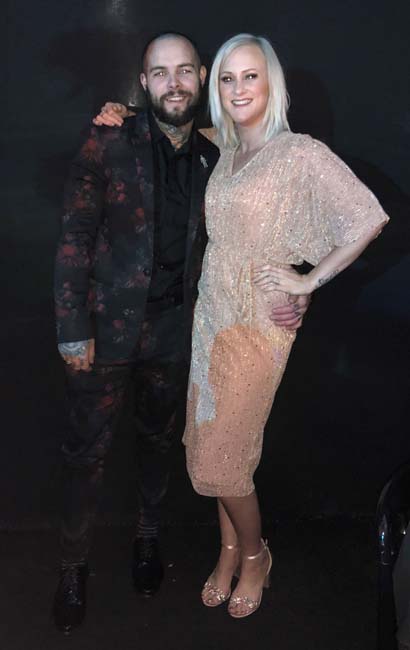 Two weeks later, the surgeon went back in to try and remove more of the tumour and we were given the comforting news that they were successful in removing all the tumour cells they could see.

Tom’s mum and I had booked ourselves into a hotel in Oxford while he was having both craniotomies so that we could spend as much time as possible with him.

At the beginning of August, I woke up to find Tom burning hot to touch. He had tests at MK General and was then sent back to Oxford because his bone flap had become infected. Poor Tom had to have another operation, this time to remove the bone flap. Following the procedure, the wound began leaking badly and doctors were talking about taking Tom down to theatre yet again. Bravely, he elected to have more stitches without an anaesthetic.

Our baby was born at the end of September – a girl we named Sienna – just a week before Tom started treatment. He had six weeks of radiotherapy and then six cycles of chemotherapy which he started in December.

Tom coped remarkably well with his treatment compared to others I communicated with on online forums.

“I am sure it was our beautiful little Sienna who got Tom through it all – they have such a special bond. It was lovely to see the two of them together, but it also made me feel very sad that, because of having chemo and radiotherapy, we were told that Tom would more than likely be left infertile.” 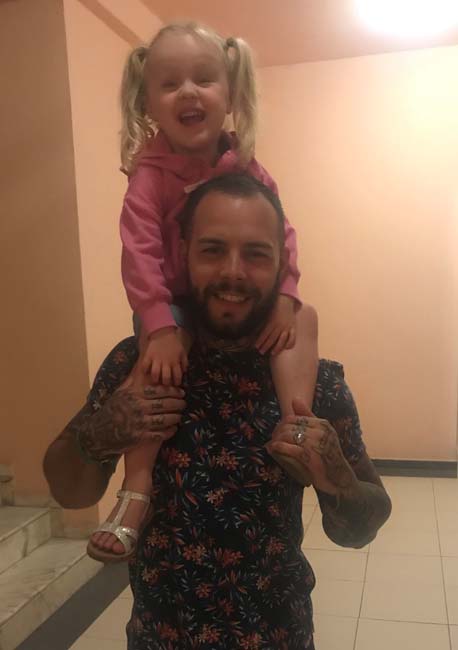 In August 2015, Tom was well enough to return to work as a car mechanic. He had MRI scans every three months to start with, then it went to every six months, then every 12 months and now he’s been told that he doesn’t even have to have annual scans, which is great news.

“It’s a huge thing for Tom because having MRIs caused him so much anxiety that he had to take Diazepam beforehand.”

For me, though, although I know he’s had 20 scans back-to-back and they’ve all come back clear, I felt safer knowing that he was being checked regularly. That said, Tom’s consultant has told us that he’ll get him in for an MRI straight away if we’re ever worried about anything. 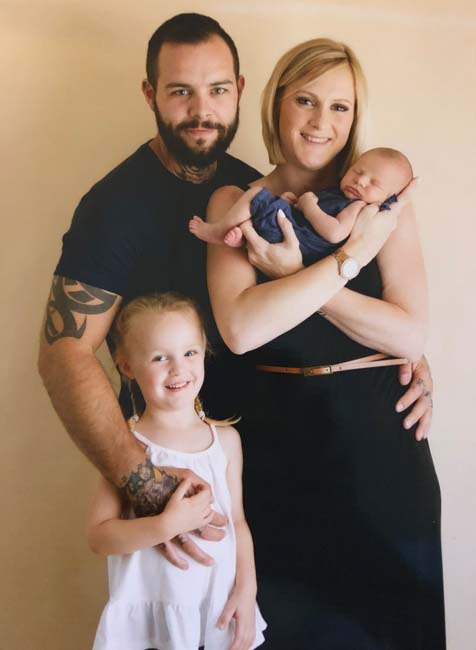 The best thing was the doctors were wrong about Tom being left infertile. I got pregnant again naturally and we had a little boy, Roman, born in July 2018.

Tom doesn’t like to talk about how he feels, so every time he has a headache, gets sick or has a funny turn, I worry. We are back to a certain kind of normal life, taking each day as it comes and making the most of it. Tom even started his own business last September, Ford ST Parts and Sales, which was something he always strived to do even after his diagnosis and has made me so proud of him. 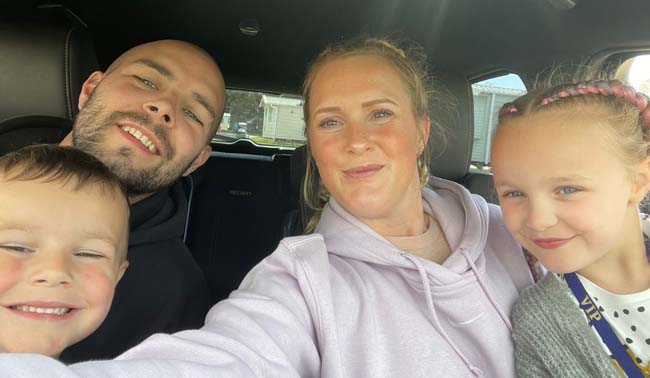 “I like to support other brain tumour patients and tell them Tom’s positive story in order to offer them hope.”

We feel very lucky compared to some of the other families we read about and are passionate supporters of Brain Tumour Research. Our family hosts fundraising events every year, including Wear a Hat Day which I’m hoping to introduce at the school I’m about to start working at. Watch this space! 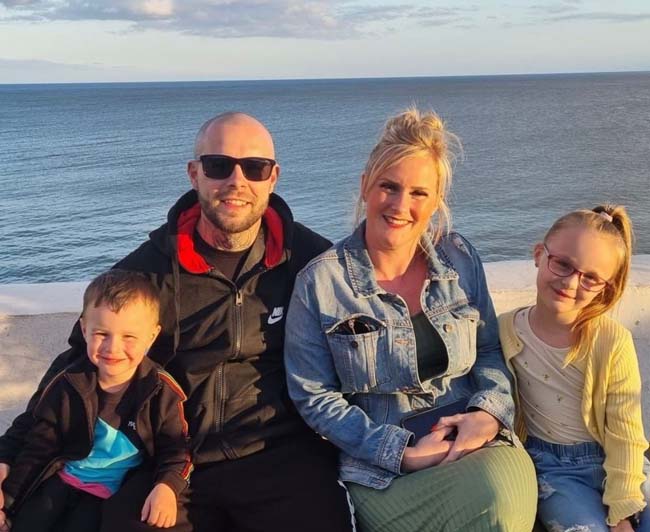 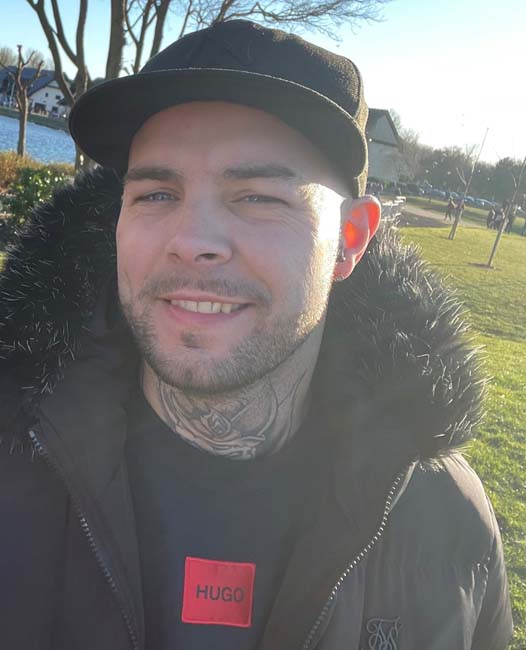