Tina Cranshaw, 51, from Doncaster, was on an online work call during the coronavirus lockdown in September 2020 when her colleagues noticed that her face drooped and she was slurring her words. Tina, step-mum to Daisy, 16, Theo, nine, Imogen, 28, and Abbie, 31, was taken to hospital where an MRI scan confirmed a mass on her brain. Tina underwent an operation to remove the tumour, a glioblastoma multiforme (GBM), and she was told she had just six to 12 months to live. In December 2021, Tina’s step-daughter, Daisy Cranshaw, 16, from Middlesborough, was also diagnosed with a brain tumour after suddenly getting strong headaches. Fortunately, medics say it’s not life-threatening and they don’t need to operate on it.

My step-mum had been absolutely fine and healthy, but it was during the COVID lockdown in September 2020 when she was working from home when things took a turn for the worse.

She was on an online video meeting at home when she suddenly got the worst headache, and she could smell gas. She started slurring her words and her face drooped. Her colleagues realised something was wrong, so one of them called an ambulance. 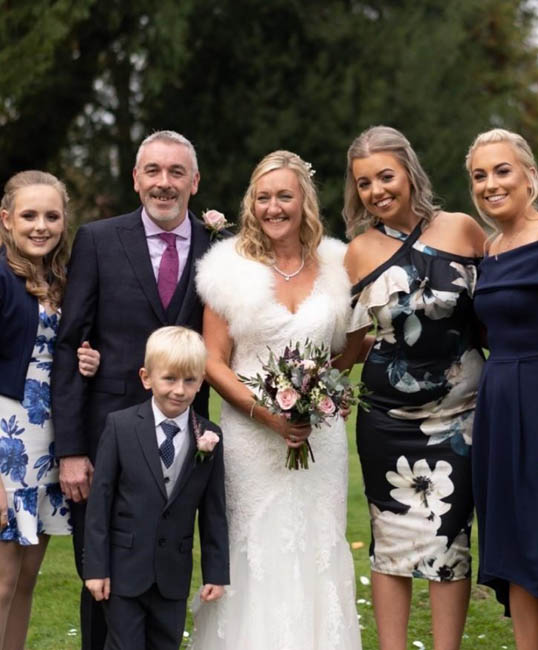 The paramedics took her to Doncaster Royal Infirmary (DRI). At first, the doctors thought she had suffered a stroke, but a CT scan revealed a shadow on her brain.

To double-check, my step-mum was sent to Royal Hallamshire Hospital in Sheffield for an MRI scan which confirmed a mass on her brain.

“It was horrible. I was doing my mock GCSEs, so it was a really stressful time. I was so worried, I kept thinking: ‘this may be the last time I see my step-mum’” 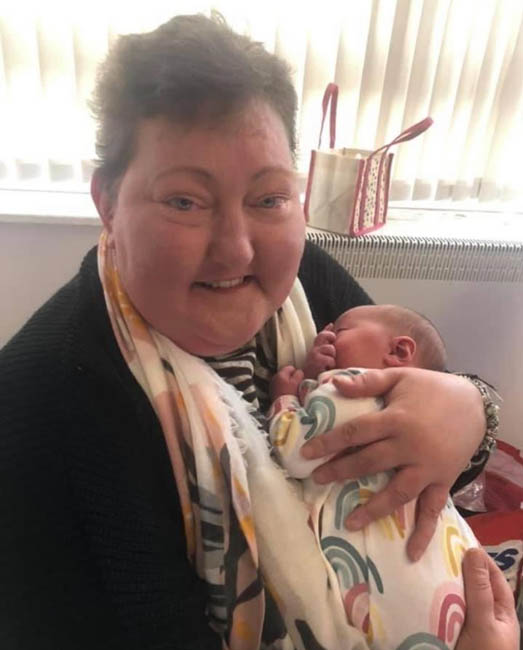 On 2 October 2020, my step-mum underwent an operation to remove the tumour, which was the size of a golf ball. It was a glioblastoma multiforme (GBM), and she was told she had just six to 12 months to live.

“She has deteriorated a lot since then, she is now bedbound, and she gets very tired. We used to go out for breakfast together, but we can’t do that now. It’s been really hard, but I just want to make the most of my time with her.”

In February 2020, I started getting really strong headaches. I went to see my GP, but she just said it was because of stress. The headaches continued so I went to Accident and Emergency at The University Hospital of North Tees. The doctors there said I was suffering from a migraine. 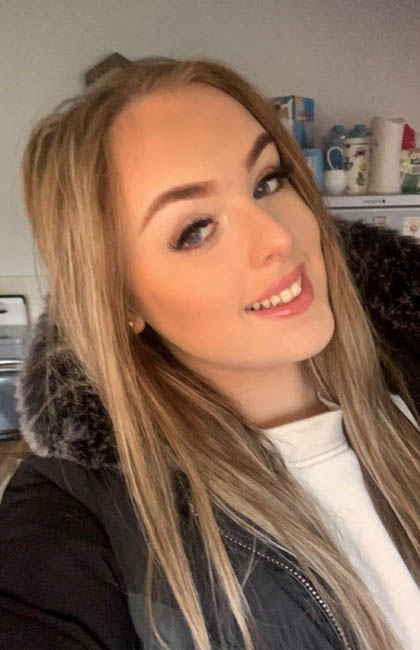 My GP eventually referred me to Outpatientsat the hospital. In September 2021, during a face-to-face appointment, I told the doctor that I had a blind spot on my left-hand side. He recommended that I do a visual fields test, so I went to do it at Specsavers, which confirmed the blind-spot.

On 9 December, I had an emergency MRI scan which revealed a mass on my brain, and I was referred to the Royal Victoria Infirmary (RVI) in Newcastle.

“It was the worst thing to hear, especially after seeing what my step-mum has gone through. Dad is gradually losing his wife, and I thought that he could also be losing me. It was horrible.”

Fortunately, they found that some of my brain tumour is dead, which is brilliant news. I need to have scans every three months, but I’ve been told it’s not life-threatening and they don’t need to operate yet.

There is such a lack of research into this devastating disease and more needs to be done. That’s why I took part in Brain Tumour Research’s 10,000 Steps a Day in February Challenge.

Not everyone is as fortunate as me to not have to have any treatment immediately like my wonderful step-mum.

She’s my inspiration and she always makes me persevere in everything I do. 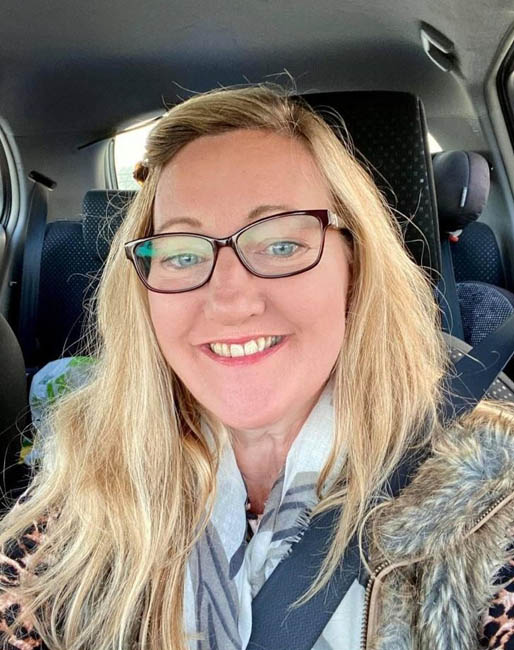