Father-of-three Tadeusz Dabrowski was diagnosed with a grade 1 meningioma in December 2015, aged 63, after experiencing dementia-like symptoms such as slow and slurred speech, as well as sudden incontinence. The retired banker, originally from Derby and now of Petts Wood, Bromley, in south east London, had surgery to resect the tumour in January 2016 and was discharged from hospital a week later. He suffered no deficit as a result of his experience and has had clear scans ever since, but recognises that not all brain tumour patients are as fortunate as him and has supported the work of Brain Tumour Research ever since.

My symptoms apparently began to manifest in little ways around 2012 with family members and friends noticing that something was wrong. My mother died in 2013, with further changes in my symptoms attributed to possible depression. I wasn’t aware of any such increasing problems and the first jolt I got was when I was taking my daughter, Natasha, back to the airport in July 2015 as she was working in New York at the time. Natasha said ‘go and see a doctor’ as she thought I’d lost the will to live. That was obviously not the case in my mind and I took a dementia test early August, where they give you a complex name and address to remember, then distract you for about 10 minutes and task you to recall them. I passed with flying colours so thought little more of it until later that year.

In the November, my wife Jacqueline and I holidayed in Puglia in southern Italy and that’s when embarrassing developing symptoms became more acute. I kept wetting myself and it was uncontrollable. I thought my brain condition, the suspected dementia, was getting worse and then there was the incontinence, so I was given two referrals – one for neurology and the other for urology. The first to come through was for my head, with an appointment made at Queen Mary’s Hospital in London on 22 December 2015 for an MRI scan. The following day Jacqueline took a call from the MRI unit instructing me to go to the main hospital near where I live, the Princess Royal University Hospital (PRUH) in Orpington. The oncologist we met showed us a scan which revealed a large tumour, measuring 8cm by 8cm by 6cm, in my right frontal lobe.

“Strangely, when they told me I had a brain tumour, I inwardly cheered because I thought: ‘at least I’m not on that slippery slope down’.”

Christmas 2015 was certainly strange and I was admitted to King’s College Hospital, London, on 10 January 2016 to be operated on by consultant neurologist Christopher Chandler the following day. My tumour was a grade 1 meningioma but size was the problem because, where it had formed on my right frontal lobe, it was pushing my brain to one side and, with the water sac that had developed on the other side to counteract this, my brain was literally in a vice, which gave rise to the issues. The operation took about seven hours and Mr Chandler’s first words to me afterwards were: ‘we got the lot’. He said it was the biggest tumour he’d ever taken out of someone at that point.

“I looked like I had gone five rounds with Mike Tyson and lost badly, but the bruising soon healed.” 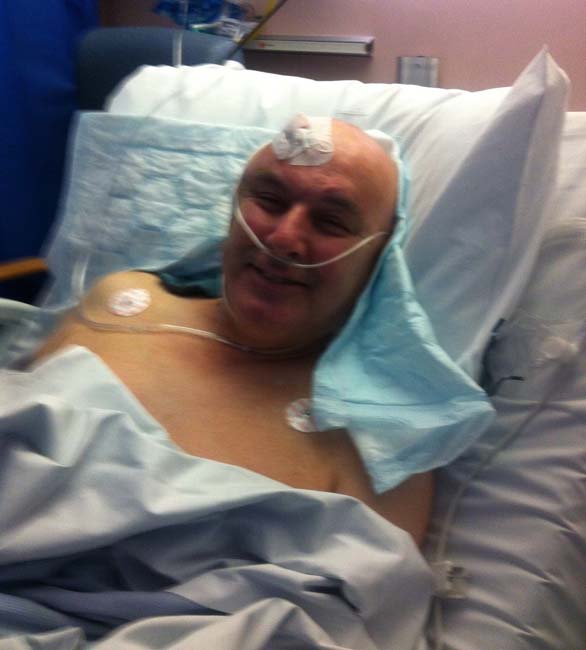 My first review after six months, in July 2016, confirmed I had suffered no deficit, with my only inconvenience being unable to drive for six months, which I accepted. My next two annual reviews, in July 2017 and July 2018, confirmed there had been no re-growth of the tumour and each time they said they couldn’t believe how well I’d recovered. At my July 2018 review I was told they would move them to every two years. My next one is this coming July and their words to me last time were: ‘it’s likely to be your last’ because I’m so low on their radar so I’m just waiting to see what happens then. To this day I consider myself to be very fortunate and I’ll happily give the attention I received to others who need it more.

I’m aware of being a bit more in touch with my emotions now, that’s one of the strange things to come out of this experience, but I was definitely lucky because had the lesion been on the other side of my head, it would have had a very different and much worse effect. I did get it, which is unlucky, but it was in the right place and they were able to remove it all. Fortunately, my urology problem was electrical, not mechanical, so the resection of my tumour cured that too. I wasn’t aware the two were related. Incidentally, as a result of my urology appointment, I found out I had the prostate of a teenager, so that was another relief.

They couldn’t determine the age of my tumour because it was old and slow-growing but it did cause a lot of problems I was unaware of. I know now that my speech had become slow and slurry but to me, I was still the bright 17-year-old from all those years ago. I wasn’t in denial, I was just unaware.

“If I had been on my own, I would not have done anything about it so I’m very thankful for Jacqueline and our three children.” 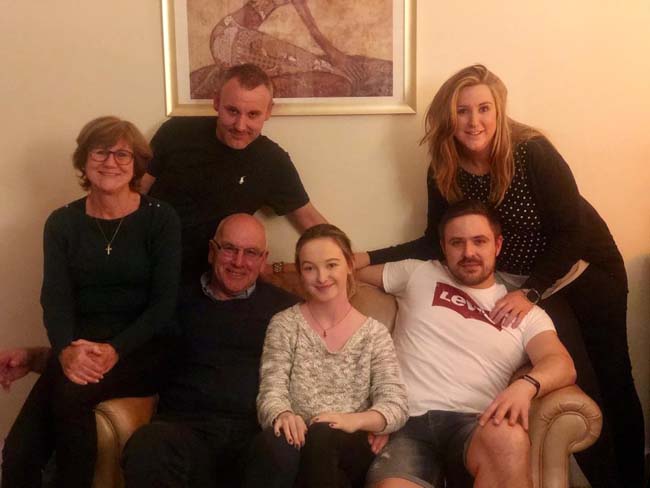 As soon as I was told what I had, I didn’t hide from it. I sought counsel from my friend David Grant, a Brain Tumour Research campaigner who has sadly since passed away but survived 12 years after being diagnosed with a glioblastoma multiforme (GBM). He was very helpful to me personally and very inspiring. I had the enquiring mind to find out everything I could about brain tumours because I wanted to face it head on. As I started to read up on the condition and the inadequate funding available, that’s when I found out more about the charity’s work, which I wholeheartedly support. I read all its stories of brain tumour patients and they’re heart-breaking, especially those about young children. More funding is desperately needed. 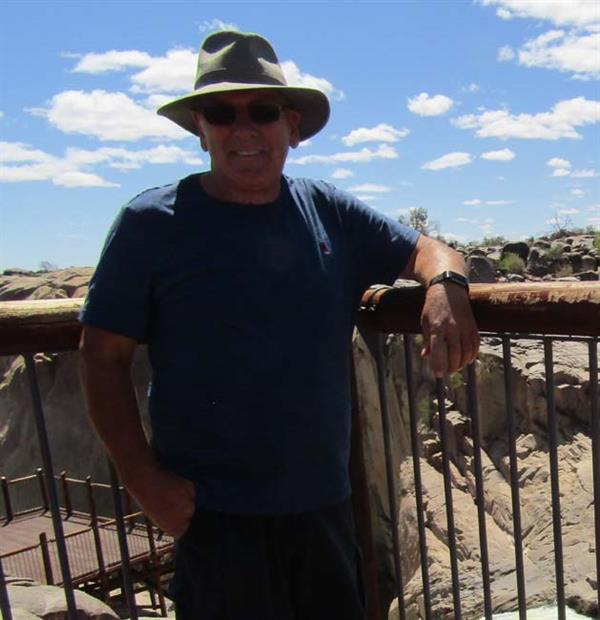