Stewart Tranter is living with an inoperable grade III astrocytoma brain tumour. The tumour was diagnosed in 2013 and, supported by his wife Anna, he has coped with extensive treatment including 30 cycles of radiotherapy and 14 months of chemotherapy, including the drug Temozolomide. Thanks to an understanding employer, Stewart, 35, continues to work and he is backing the campaign for more research funding.

After noticing some neurological symptoms in 2011, I was referred for a precautionary MRI. This showed an irregularity which needed follow up investigation and I underwent further scans.

It wasn’t until September 2013 that I received the devastating diagnosis of a grade III astrocytoma brain tumour. The tumour was confirmed after a biopsy.

The location of the tumour meant surgery was not possible and, supported by my wife Anna, 32, I underwent 30 cycles of radiotherapy and 14 months of chemotherapy, including the drug Temozolomide. I had my treatment in Derby and Nottingham.

We live at Little Eaton near Derby and I travel into Stoke to work as CRM manager at Staffordshire University.

At first I was off work full time but now I am back full time, working partly from home and partly in the office. I can’t drive of course but we manage OK. My employers have been very supportive and I find that working full time is a nice distraction to have. I like to keep busy as I think it is helpful to have other things to think about. Away from work my distractions include following my football team Bristol City, doing DIY around the house and gardening.

At the moment I am in remission, I feel great and I am fairly positive but you can never tell with these things what might happen. The way I look at it is that the longer I am here the more chance there is of some form of research being done which can extend my life or which could cure or remove my tumour.

I am fortunate at the moment in that there aren’t any major side effects from my treatment apart from a slight weakness down my right hand side.

When I was first properly diagnosed in September 2013, I thought if I could survive a year that would be good. It’s now December 2014 and I’m still here. Doctors tell me that people with this type of tumour survive for anything from a month to 10 or 15 years. There is no indication that I won’t be one of those exceptional patients. I am young, I have had the latest treatment, including Temozolomide and charities like Brain Tumour Research are doing amazing work in funding research.

This is such a devastating cancer which impacts on the under 40s and it is shocking to learn that brain tumours are the bigger cancer killer of children and the under 40s. I find it incredible that it attracts just 1% of the cancer research spent in the UK. It makes me angry that something so devastating is so overlooked.

Anything we can do to bring it to the forefront of people’s minds, especially those people who hold the purse strings is great. 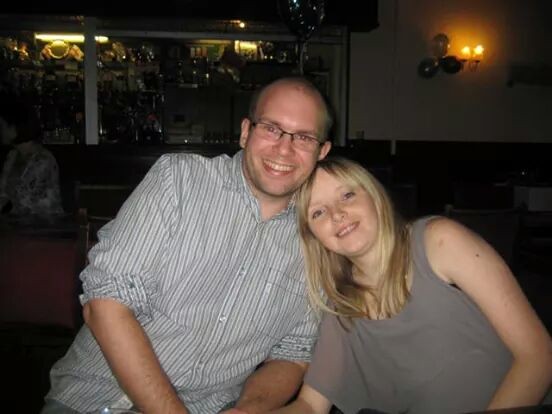