Emily and Marc celebrated the arrival of baby Rory on the first day of lockdown but their joy was short-lived as, just a few months later, his older brother Riley was diagnosed with a fast-growing brain tumour.

Riley’s story is told by his mum Emily …

Looking back, I think the signs were probably there around two years before we had any idea that there was something wrong with Riley. He was around six and he would occasionally get angry very quickly. Fast forward two years and our baby Rory arrived on 23 March 2020, the first day of lockdown.

I was doing my best to home school Riley as I nursed the new baby and things were very difficult. It really did feel as if I was constantly breastfeeding Rory and, of course, Riley needed attention too. He started to become introverted, just wanting to be on his own and complaining of headaches.

We allowed him to spend time on his tablet, to play on his Nintendo DS and to watch YouTube because that’s what he really liked to do and, to be honest, I just wanted him to be happy and for the household to be peaceful.

Riley had a good relationship with his step-brother Archie, my partner Marc’s six-year-old son, but, this time, when Archie came to stay Riley didn’t want to have anything to do with him and that was unusual.

“Things became very difficult as Riley seemed to withdraw more into himself and he would become mean, shouting, and saying cruel things.”

As Riley’s headaches worsened, we encouraged him to spend less time on his devices and tried to get him to get more sleep. His routine was all over the place because of lockdown and we even got help from the school nurse to try to get him back in a proper bedtime routine.

By the time he went back to school in September he started going off his food and saying it made him feel sick. He was eating so little and losing weight that we even thought perhaps he had an eating disorder.

Because he was complaining of pain in his eyes as well as headaches, I took him to an optician who referred us to an ophthalmologist at Sheffield Children’s Hospital. We had to wait for a date for a CT scan and were told it would be six weeks before we could see a paediatrician about Riley’s weight loss. It was at that appointment on 18 December when we realised how underweight he had become and we began to piece things together; Riley had been complaining about awful smells such as rotten fish and human waste which had contributed to him losing his appetite.

We were still waiting for a date for a scan and, out of desperation I phoned the doctor on 23 December. It was awful to see Riley, he looked like skin and bone and was losing his colour; he was clearly very poorly. We were told to go to A&E and Marc took him as I was with the baby. From there our world came crashing down.

“The year had started with hope and joy, with the birth of Rory but now, as 2020 was coming to an end, we were told the worst news of all: Riley had a brain tumour.”

A scan showed there was a mass on his brain and he was immediately put on steroids in order to try to control the swelling which was causing his headaches.

Once I had got to the hospital we sat down with the consultant to be told that Riley had a medulloblastoma, a fast-growing brain tumour which was around 4cm, the size of a golf ball. There was a 70% chance it was high-grade but I didn’t really take all of the information in; all I heard was that my son had a brain tumour and I couldn’t think beyond that.

On Christmas Eve Riley was sedated so he could have an MRI scan but his heart rate dropped massively and he went into cardiac arrest so he was taken straight into theatre to have a drain fitted which released the pressure on his brain. Thankfully, that intervention made a massive difference; for the first time in months he could eat properly without feeling sick.

Riley was upset to be facing Christmas in hospital and it made matters worse that on 29 December, the day of his operation, the snow started to fall and he so desperately wanted to be able to go out and play in it.

The surgery lasted 14 unbearable hours. On the whole it went well and almost all of the tumour was removed. A small fraction was on his brainstem and couldn’t be cut away without causing significant damage. Sadly, the operation did change Riley as he was left with posterior fossa syndrome (PFS), a collection of symptoms similar to locked in syndrome, which still affects him. He has had to learn to walk and talk again, it has been a long and difficult road but we have been working hard.

“In early January we learned that his tumour was a grade 4 medulloblastoma and he finally came home from hospital on 2 March having started radiotherapy and then chemotherapy which will last for 36 weeks.” 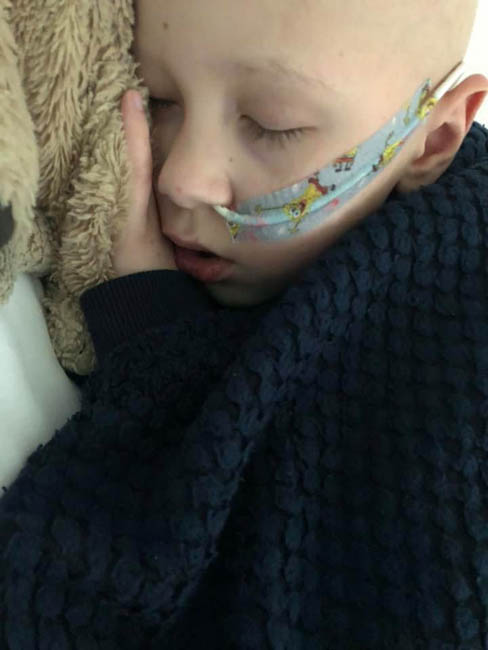 Nearly six months after his operation he is about 85% back to normal. We can’t even think about him going back to school at this stage but we hope that, come September, he might be able to go back in a phased return. Riley is still unable to eat properly as his treatment has affected his tastebuds so he is being fed via a tube.

Riley’s tumour is fast-growing and, if it doesn’t come back within five years, his chances are good. His latest MRI scan was clear which was great news but I am petrified it will come back and I hate to think we might have to go through all of this again. 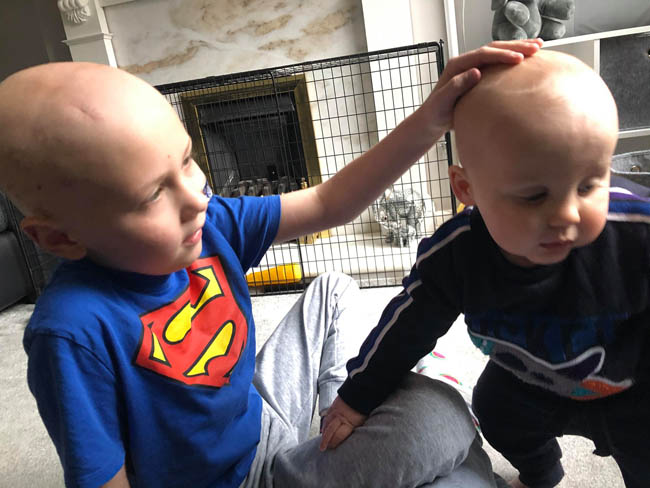 Going through all of this as a family has been extremely tough and COVID restrictions made things even more difficult. Only one parent was allowed at Riley’s bedside and no siblings were allowed on the ward. When the boys finally saw each other after two months apart it was magical, Riley was completed overwhelmed to see his baby brother and cried his eyes out. 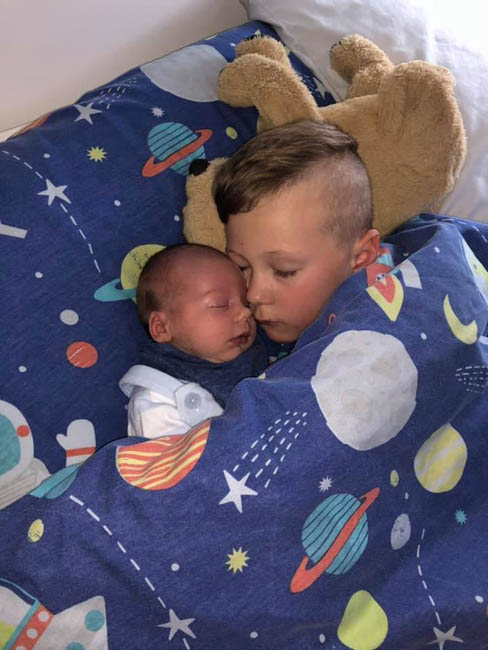 Had it not been for the pandemic I do think that Riley may well have been seen earlier and his brain tumour would have been diagnosed sooner which is critical in a fast-growing form of the disease like his.

The truth is we will never really know how different things might have been without COVID but I do know that precious little is known about brain tumours which kill more children than any other cancer yet, historically, this disease has been allocated just 1% of the national spend on cancer research.

It’s vital that more investment is made in research in order to understand more about brain tumours of we are to improve treatments and to help children like our son. I am sharing our story as I want to raise awareness and hope that people will consider supporting the charity Brain Tumour Research which has recently announced a breakthrough which could mean changes to how this type of tumour is treated in the future. 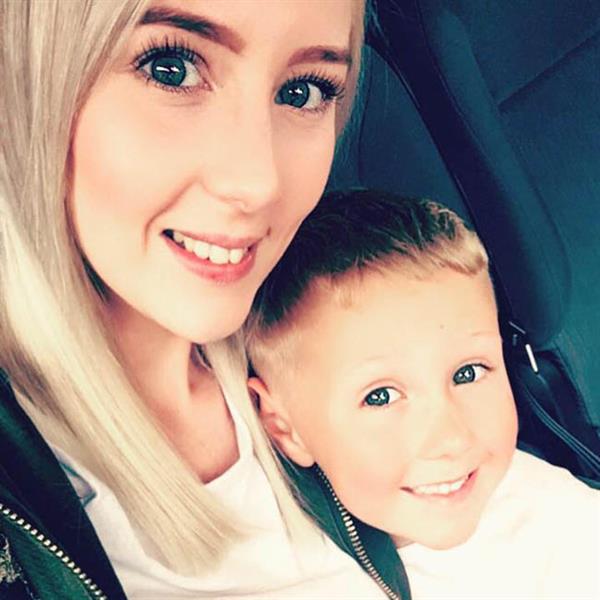