Rick was diagnosed with a grade 4 astrocytic brain tumour and given a survival prognosis of between two months and two years. He underwent standard treatment of surgery, which sadly had to be aborted, concurrent radiotherapy and chemotherapy, followed by more aggressive chemo. Rick had to learn to read, write and walk again. More than 11 years on, despite having to live with chronic pain and profound disabilities brought on both by his treatment and the effects of the tumour, he is thankful to have survived for so long and pleased to share his story of hope.

Some 11 years ago I was flying home from a business meeting – I was a director working for a company called Tenet Education Services – when I started to feel weird and woozy. As I disembarked from the plane, I found maintaining my balance difficult, despite not having tried the on-board hospitality!

I drove home with difficulty, but once home felt fine, although exhausted.

The next morning, I felt reasonably OK and, stupidly, drove to another business meeting, during which I realised I was slurring my speech and couldn’t write or read properly. It was at this stage that I became really quite worried. I drove home, finding driving increasingly difficult.

My wife, Daphne was equally concerned and she took me to A&E at what was then Frenchay Hospital in Bristol. I was aware that I was behaving erratically and losing my temper for no discernible reason. I even blamed Daphne for what was happening. Unsurprisingly, looking back, the doctor decided I should be admitted immediately. 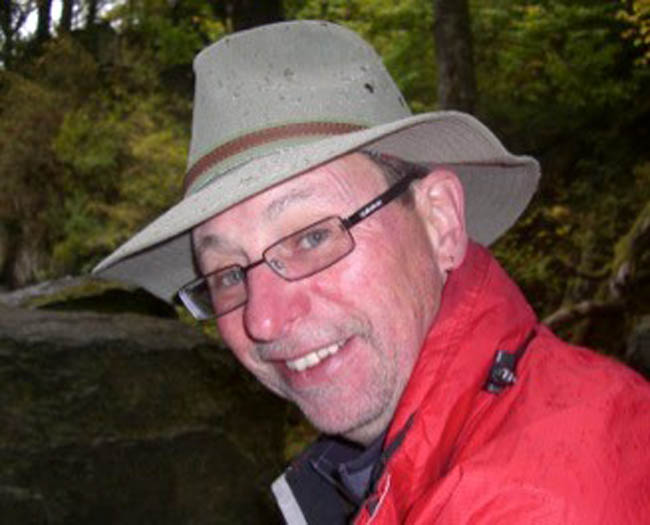 Initially I was thought to be the victim of a stroke, but I wasn’t convinced by this diagnosis because I didn’t think people continued to deteriorate after a stroke. I pointed this out and the stroke specialist explained that it could be because I had experienced a second stroke.

Daphne and I insisted on further tests. My condition continued to deteriorate while I was scanned and probed. Finally, I was diagnosed with a grade 4 astrocytic brain tumour (more commonly known as a glioblastoma multiforme GBM) on what one specialist described was ‘the most eloquent part of your brain’ – the cerebellum.

Surgeons attempted to remove the tumour, but when they opened me up they quickly decided that continuing was too risky and would lead to me suffering a severe amount of damage.

“It took me a long time to come round from the anaesthetic which was a bit worrying for all concerned, but when I did become fully conscious, I knew that someone had been inside my head. It was a strange, ethereal feeling like footprints in the grass.”

Obviously, it was a huge disappointment that my surgery to remove the tumour had to be aborted. It meant that I was left with radiotherapy and chemotherapy - just one option so it had got to work!

A further blow came when I received a survival prognosis of between two months and two years.

Soon after my failed surgery at Frenchay, I was referred to the Bristol Royal Infirmary for treatment under a brilliant oncologist and brain specialist.

“I had concurrent radiotherapy and chemotherapy, followed by an aggressive bout of high-dose chemo. It, as well as the oncologist, pushed me to the limit and for some six months, life was very difficult. During this period, I felt so awful that all I could eat was the flesh of jacket potatoes with no butter or cheese.”

The hospital suggested I stop the treatment, but, with the help of my wonderful and long-suffering wife, I was determined to continue and I managed to complete the course. Daphne was so supportive that, even in my misery, she only ever ate the foods I was able to consume – so an awful lot of jacket potato minus the skins! 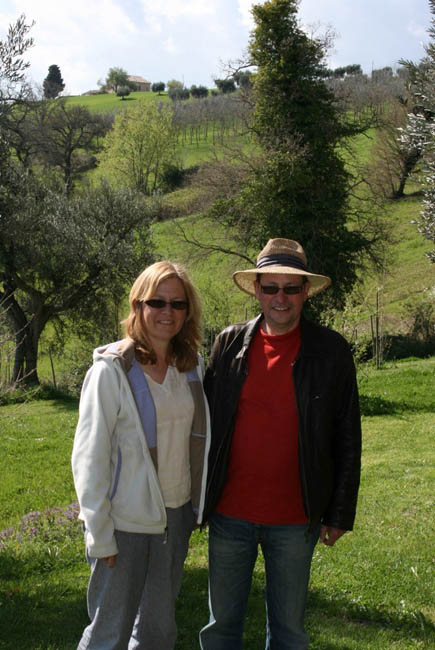 While I was having my gruelling chemotherapy treatment, there was a seven-year-old boy who was also undergoing the same. I learnt a lot from him. He had immense fortitude and just accepted what was happening to him.

Among the thoughts that loomed large in my mind during this period, was the fact that I had been one of three directors of a successful company, employing 35 people.

I also reflected on the pastimes I used to enjoy, which included rock-climbing, mountain-biking and travelling with my wife and resolved that one day I would get back to doing them. It all seemed a long way off as first I had to relearn to read. And write. And walk. Just some of the things we all take for granted.

Just before I became ill, Daphne and I had acquired two dogs and they really helped me keep going.

“No matter how bad things got, I had to walk the dogs and this helped restore my mobility, balance and general fitness, as well as being good for my mental health. In fact, the dogs were a vital part of my therapy and I feel I owe them, my oncologist and Daphne my life.” 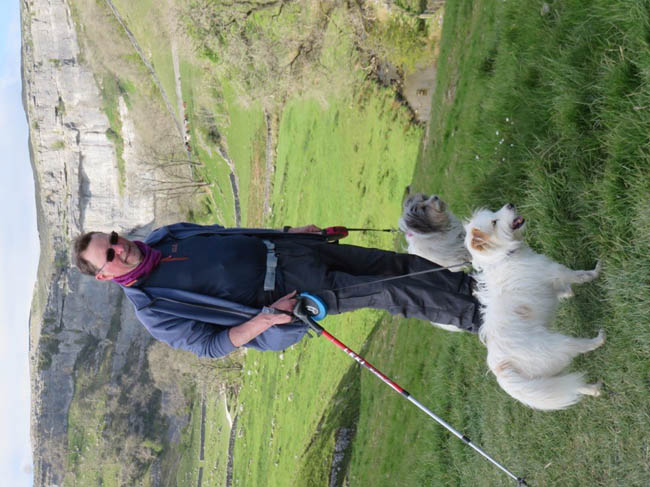 At the time, it felt devastating having so many limitations, but I had to learn to live with them. I couldn’t go back. Indeed, I couldn’t work anymore. But you do slowly move on.

The one change I find hardest to live with is the mental change. I have very little memory, either short or long-term, get confused, lack concentration and tire easily when confronted by any mental task. Indeed, doing a crossword is hard work.

“It seems that everyone focuses upon the prognosis and treatment and little attention is paid to the profound changes a brain tumour patient has to deal with. In my view it is one of the undiscussed aspects of any brain condition.”

As I got fitter, my friends rallied around and took me climbing, although this demanded their utmost patience. Mountain-biking, however, I soon discovered was a no-no! The climbing helped me slowly build up my strength and improve my balance. I am still prone to falls, but now they happen from-time-to-time, rather than every day. It is odd how, when I climb, my balance problems and pretty bad coordination seem to disappear.

I have also been aware that I have suffered with mental changes which are now relatively mild obsessive behaviours. However, early on in my treatment, we took the night train to Italy, because I wasn’t allowed to fly. Once there, I found myself obsessed with tombs and death, to the extent that I was seeing signs of death everywhere. Luckily, I recognised the behaviour as destructive and was able to focus on controlling it.

I still live with multiple side effects from my treatment, and I always will. My damaged spatial awareness means I struggle with things moving around me and this is life-changing. I can’t handle people moving around me or even things moving under a bridge as I cross it and become panicked in certain situations. Indeed, if Daphne is not there to guide me there are many simple tasks that I’m incapable of.

But it was so worth it to still be here! I have terrible pains in my feet, legs and hands, but it’s better to still be alive and put up with the pain.

“I also have a painful form of arthritis in my neck as a result of my radiotherapy and when I asked my oncologist why she didn’t foresee this, she answered: ‘We never expected you to live long enough!’”

It put everything – both my mental and physical disabilities – into perspective. How can I complain? I’ve had a decade I never thought I would have.

In October 2019, I was diagnosed with prostate cancer and underwent nasty, aggressive radiotherapy, although luckily not surgery. I don’t feel unlucky to have been diagnosed twice with cancer – it’s just one of those things you just have to deal with. However, I do wonder about the causes of my cancers.

Because of the pain I was in, doctors insisted on a whole-body scan to see if there were other cancers. Fortunately, there weren’t, but it showed up my chronic arthritis in my neck, as well as in my lower back and hips, hands and feet.

My worst nightmare by far throughout all this was when Daphne was diagnosed with breast cancer and needed treatment. I am so relieved she is now in remission. 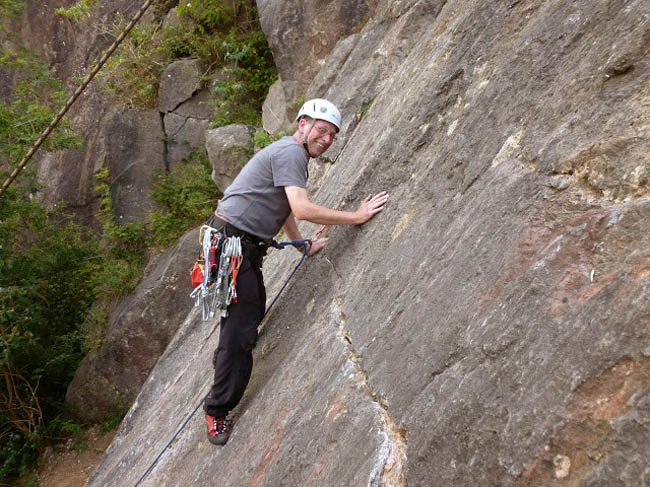 Throughout all my journey, which continues on because I am very aware that one day my brain tumour could well grow back, I have learned the benefit of setting myself targets. Little ones at first and then slowly I worked on expanding my horizons, while listening to my body and giving it rest when needed. I also continue to ensure I eat healthy, freshly-prepared food and to exercise with my dogs.

“If you’re reading this and have embarked on your own brain tumour journey, I wish you well and sincerely hope that in 10 years’ time you will look back and be able to say it changed everything, but I came through it – and I’m stronger for it.” 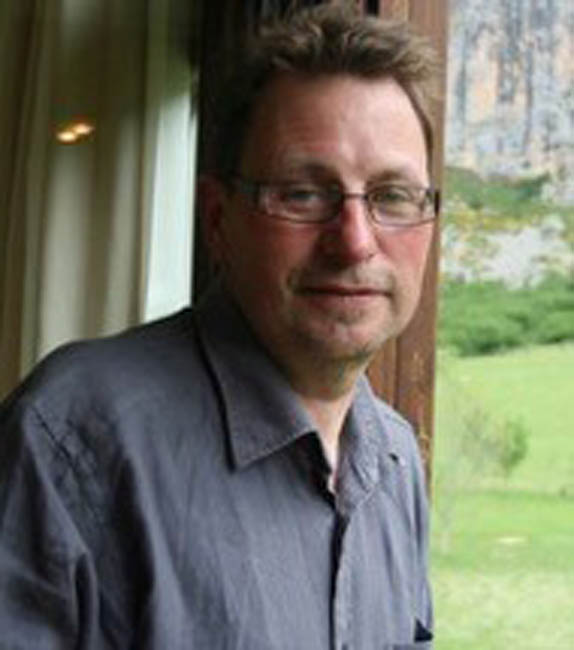