Philip was diagnosed in 2014 with an anaplastic astrocytoma brain tumour at the age of 38. It meant he had to leave the job he enjoyed as assistant head of a school. The uncertainty of his future with a brain tumour was brought home to him when a pupil at his school was diagnosed with the same condition from which she later passed away.

The first sign that anything might be wrong with me was when I found myself uncharacteristically often feeling very angry and impatient. I asked my wife Jo what I should do and she suggested I go and see the GP.

"The doctor was concerned enough to send me for an MRI scan, explaining that two out of four patients he referred were found to have a neurological problem."

Just a few days later, I was asked to return to Bedford Hospital where I was given the news that I had a brain tumour and would need to be referred to Addenbrooke’s. It was obviously a big shock, but I was hopeful that it could be removed with surgery and I could move on with my life.

After the craniotomy, the surgeon bluntly asked me: “Do you know you have cancer?” I thought he could have broken the news a bit more gently.

A week later it was confirmed that I had a grade 3 anaplastic astrocytoma – it was very difficult to deal with. From this point onwards Jo, my mother, family and friends provided a huge amount of support.

Jo has been amazing and does everything she can, although as a headteacher in another school she obviously has a lot of demands on her time. Not surprisingly, it has been tough for our teenage son Ben, dealing with the fact that his dad has a brain tumour. 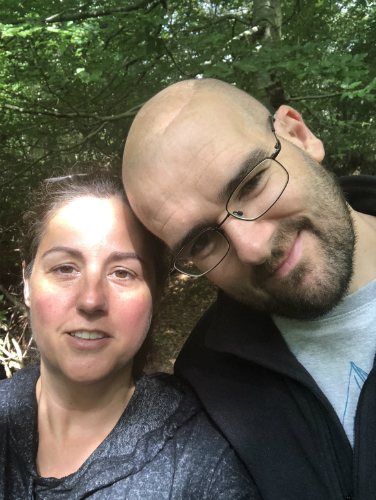 I am an only child and Mum and I are pretty close. She came to spend time with me for a few months until it was necessary for her to return home.

"Fortunately, I suddenly experienced a flash of positivity which made me feel I could build an empire. Then, just as abruptly, I was diagnosed with epilepsy – I was told I probably had been having seizures for a while."

I had to hand over my driving licence immediately and was put on medication. For two years I continued to have seizures which meant I could only work part-time at school in an administrative role.

I was entitled to a discounted railcard and a free bus pass which allowed me to continue to go and have lunch with my mum who lives in the Black Country and then watch my favourite football team, West Bromwich Albion, play.

Following surgery, I underwent radiotherapy with concurrent temozolomide, along with the added extra of adjuvant temozolomide as part of a trial to see whether this made a difference to patients.

Two years ago, having realised that if I couldn’t see someone speaking, I couldn’t hear them – I was relying on being able to lip-read. I was declared partially deaf and suffering with chronic tinnitus and now have hearing aids. I still prefer to speak to people face-to-face and find it difficult having conversations over the phone.

Fortunately, a change in my epilepsy medication, has resulted in me not having experienced a seizure for a year. Fingers crossed my re-application for my driving licence will provide a positive outcome.

"It would be so nice to be able to get back to driving, and I also like the idea of going for a pint at the pub again, although I haven’t drunk now for five years. It has certainly, however, saved me a lot of money!"

I know my future is uncertain so I am determined to enjoy my life as much as I can and I get a lot of pleasure from reading, cycling, playing golf and gardening.

"Learning in 2016 that one of the youngest pupils at my school had been diagnosed with an incurable brain tumour was really shocking."

Lucy Green really enjoyed art and as I graduated in fine art, I decided to hold after-school art classes for Lucy, her mum, aunt and sister as a fun thing for them all to do together. It led to us all becoming firm friends. When Lucy passed away last year it was devastating and brought home how brain tumours are the biggest cancer killer of children and the under 40s.

Learn more about Wear A Hat Day and get your FREE fundraising pack.

I am proud that Woodlands Academy supported Wear A Hat Day this year in Lucy’s memory, as well as putting up a memorial sculpture in the grounds so that she is never forgotten. 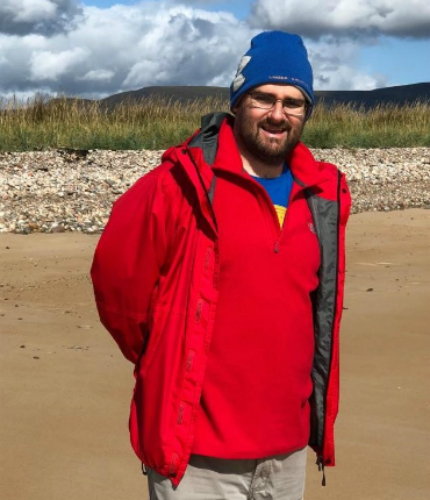