Paula was diagnosed with a glioblastoma (GBM) brain tumour in early 2021 after suffering with excruciating headaches and vomiting. She has always led a healthy life and used to be very fit, enjoying long-distance running, including marathons. Paula underwent surgery, radiotherapy and chemotherapy and was stable for a while until an MRI scan revealed she had regrowth in February 2022. Paula went back onto chemotherapy treatment and was also put on steroids. Having had a year post surgery without seizures, Paula was looking forward to getting her driving licence back until she had her first seizure.

At the end of January 2021, I had a headache which wouldn’t go away, even with paracetamol. It continued to get worse and, having had it for almost a week, I went to see an out-of-hours doctor, as it was the weekend, to see if I could get stronger painkillers.

The GP asked me lots of questions and checked my balance. I had never experienced a migraine before. I left with her urging me to seek further advice if anything changed, especially if I started having symptoms like blurred vision, speech or balance issues.

The headache didn’t get better and the pain was so bad it was waking me up in the middle of the night. Then one night I was physically sick too so I rang 111 and was advised to go straight to hospital. I had an MRI scan and was told I had a lesion on my brain.

“They told me they thought it was cancerous, which I found quite surprising – I didn’t think you could tell a tumour was malignant from an MRI. I was also told it was large and would need to be removed.”

I had my surgery on 8 February in Hull Royal Infirmary (HRI) where the surgeons were able to remove all of the tumour they could. They started talking about radiotherapy and chemotherapy even before I had the biopsy results to confirm it was cancerous.

A couple of weeks after the craniotomy, the results came through and I learnt I had a glioblastoma (GBM), the worst type of brain tumour.

I started chemotherapy and radiotherapy in March, thinking it was just to remove the last remaining cells, but they said: “It WILL come back!”

I started making the most of the time I have left and had a lovely holiday in Sorrento, Italy with my husband Rob and daughter Lucy. 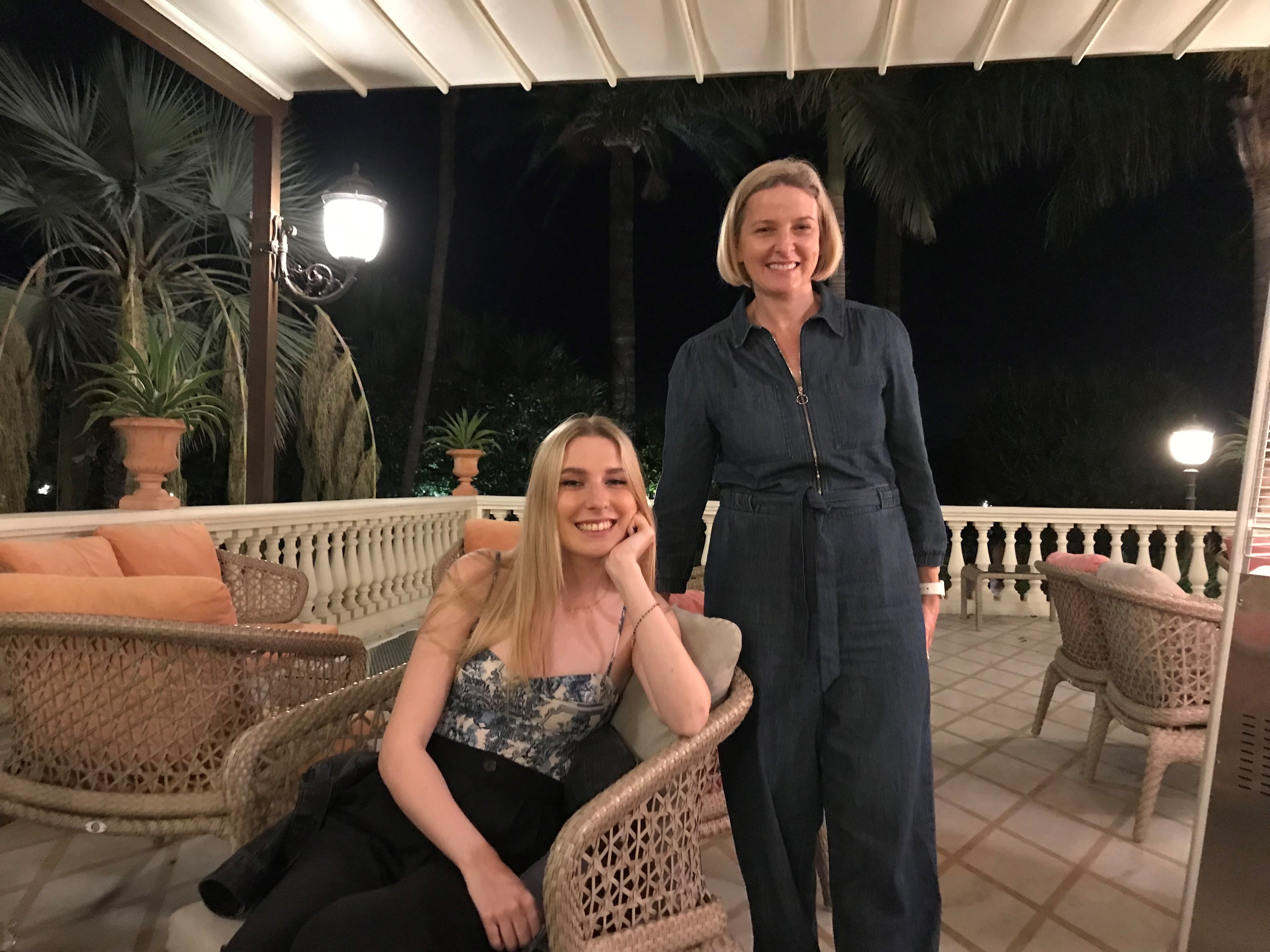 I tried to remain positive, but then, after several stable scans and the end of treatment, another MRI, in February 2022, showed regrowth. It was both disappointing and disheartening, although I did have my suspicions because in January I was waking up feeling ‘foggy’, like I had been drinking, and also having difficulties with my balance and would catch myself leaning over to one side.

On the other hand, although I was having headaches again, these would go away after I took paracetamol (so I had told myself it couldn’t be the tumour).

I was put on lomustine chemotherapy and had two cycles. I was also on steroids which made me put weight on. Then I had another scan in mid-May 2022, but the results showed that the tumour had continued to grow, so they decided to put me back on temozolomide. Unfortunately my liver function was high so treatment has been delayed. I have to travel to the HRI even for blood tests and prescriptions which is not very patient-friendly, especially as I have to rely on my husband to get me the 40 miles there, as I am not allowed to drive.

I had a very small seizure for the first time recently so have been put back on anti-seizure medicine. It affects me quite a bit, making me feel quite poorly. I don’t feel happy about going out on my own. It’s disappointing because I was getting ready to reapply for my driving licence, having gone a year post surgery without any seizures.

I have a daughter who is 22 years old. Lucy is coping remarkably well considering what is going on with her mother! It’s better that she’s an adult than a young child. I can’t imagine being a mum diagnosed with a brain tumour and having a young family. 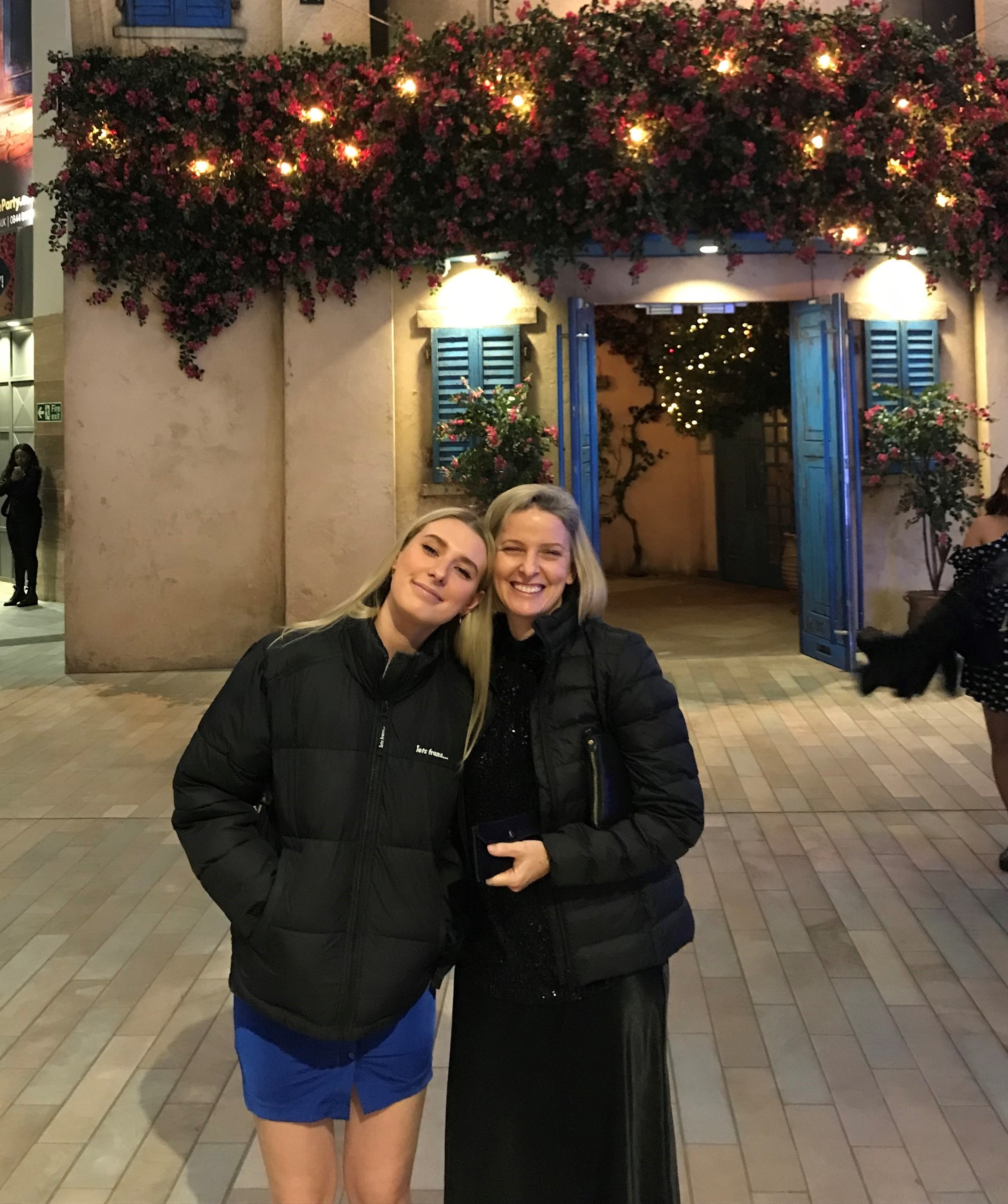 Lucy and I are very close and do lots of things together, including going on holiday, although we can’t go abroad now because it’s impossible for me to get travel insurance. Instead, we do lots of things in the UK – one of our favourite things to do together is going to the theatre.

When I was diagnosed I remember someone reacting with: “But you’re the healthiest person I know!” I always lived a healthy lifestyle and was very fit because of all the running I did – I have run at least 10 marathons including London and was looking forward to running the London again in 2020 when it was cancelled because of COVID. I tried to get back into running, but I am not well enough, in fact just taking a short walk can leave me exhausted and breathless now. 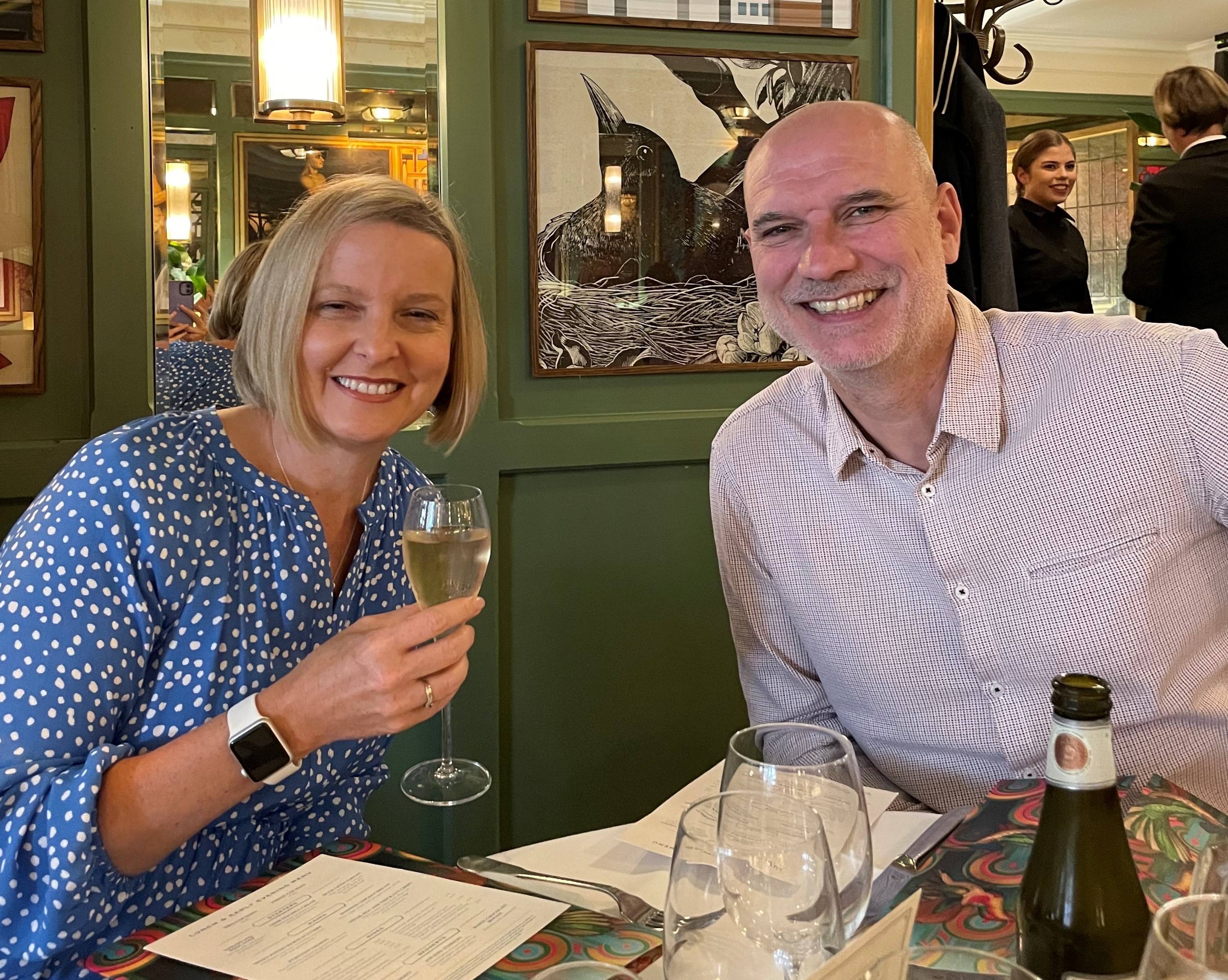 In the early days, I remember being very conscious that I was living with a terminal diagnosis and being consumed by thoughts about dying and leaving my family behind. My husband Rob and I have been together for 25 years, and married for 23.

“Now I try not to think so much about dying and instead focus on making memories and being positive.”

I was offered counselling which, because of COVID, was on the phone. I did find it useful because I am a talker and a sharer and I still remember a few things the counsellor said. I am lucky too to have a really good network of friends (a lot of whom I used to run with) as well as family and we often get together for coffee and cake. The sad thing is that since my recurrence, I find socialising quite tiring, so I have to limit myself and not try and do too much in one day.

“I thought that brain cancer was something older people got until I was affected. Tom Parker did a lot to help raise the profile of the brain tumour cause and making people aware that it affects a lot of young people.” 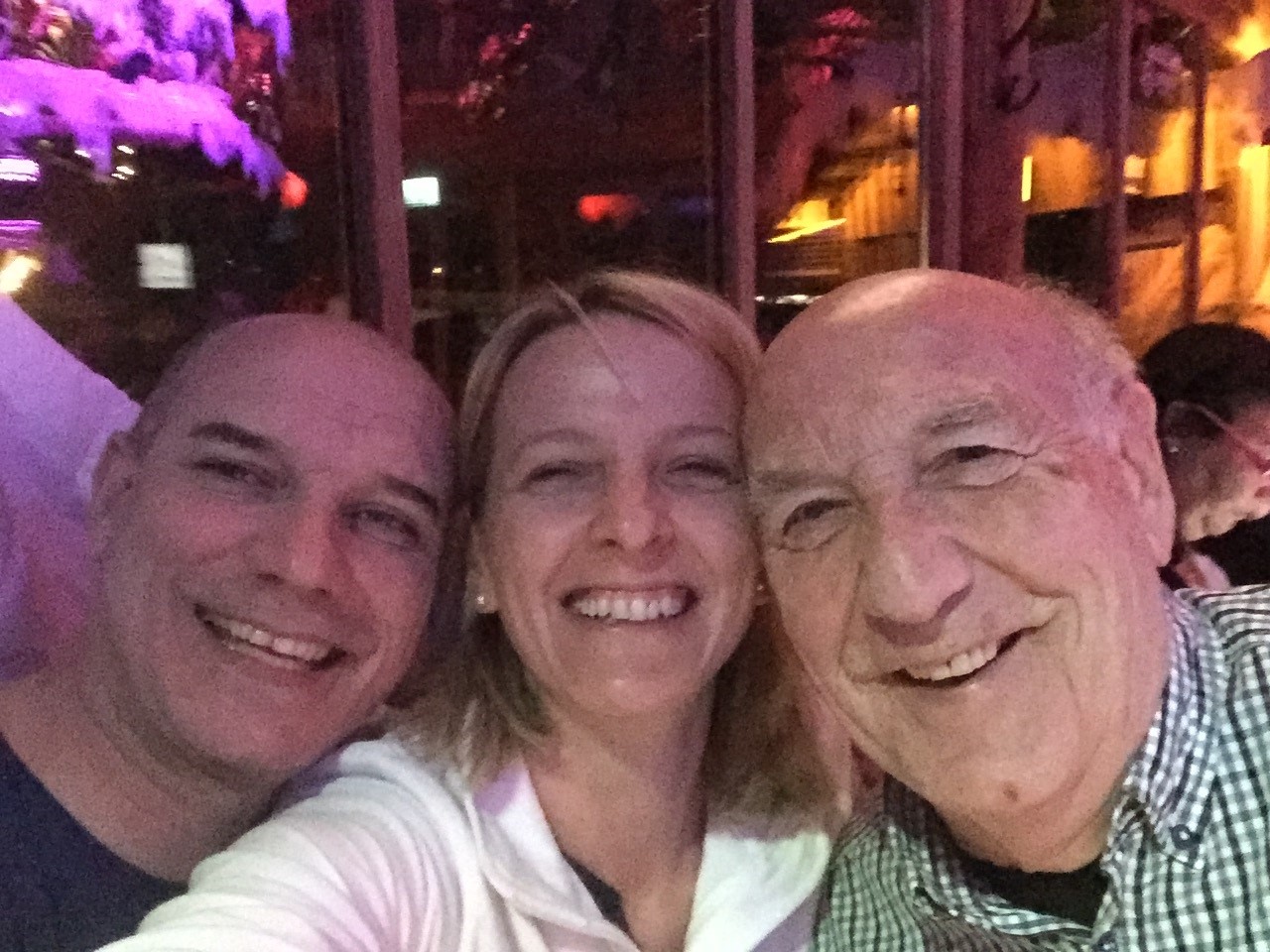 Now I am very grateful and indebted to my father-in-law Ray who has set up the Paula Coates Fund, a Fundraising Group under the umbrella of Brain Tumour Research. He held a very successful golf day at the club where he’s a member which raised close to £6,000 for the charity. 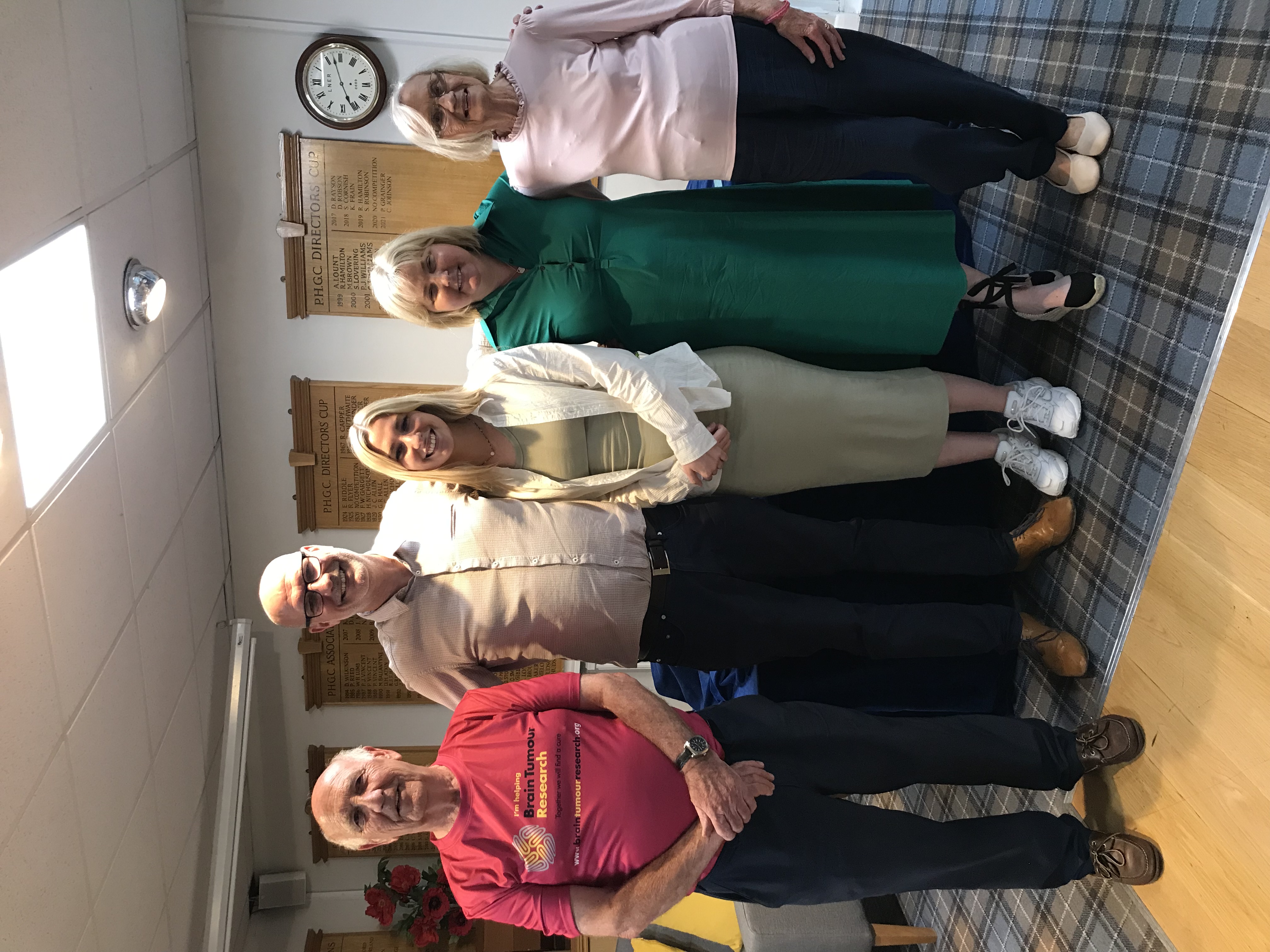 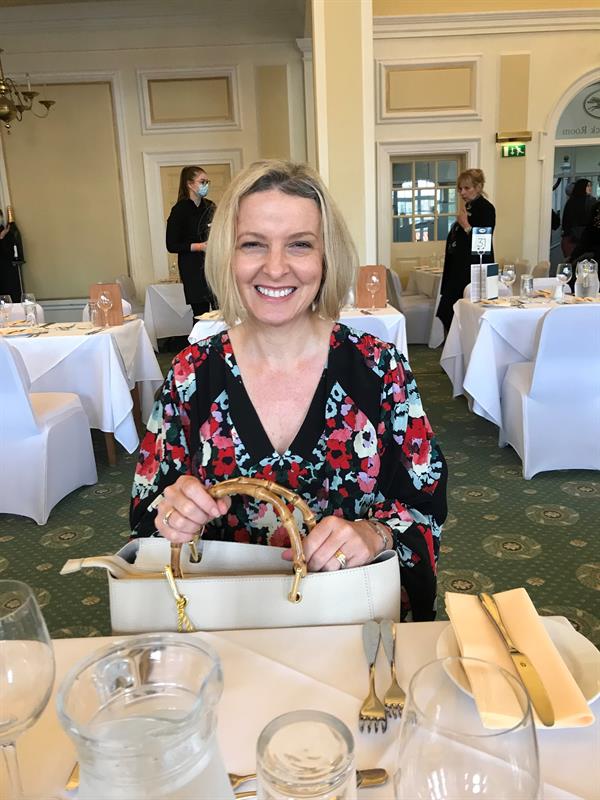