Former journalist Paul Taylor, 56, of Thanet, Kent, was diagnosed with a glioblastoma multiforme (GBM) brain tumour in September 2012. He underwent surgery to debulk the tumour and now, every three months he anxiously awaits the results of a scan to tell him if the tumour has returned.

After suffering from headaches for a few months, I went to see my GP who diagnosed me with migraines. I was prescribed medication but, every time I took it, it just made me worse. Eventually, I ended up in A&E and things went downhill from there. I underwent an MRI scan and was diagnosed with a glioblastoma multiforme (GBM) brain tumour.

I had an operation to debulk the tumour at King’s Hospital in London on 17th September 2012. They did a biopsy and I was hoping to be told that the tumour was benign but, unfortunately, that was not the case. It was a cancerous tumour and although the surgeon managed to remove it, I was told that it could recur.

Other than the headaches, I would have described myself as being in fairly good health, living with my wife Louise, a nurse, and our two children, and working as a journalist. A friend of ours, who is also a nurse, told me that she thought I looked unwell and it was that, coming on top of advice from my wife, which made me take myself off to A&E. With both of them telling me the same thing, I felt it was time to bow down to the weight of opinion and I am glad now that I acted when I did.

The diagnosis, of course, was deeply shocking. I had no idea there was anything seriously wrong and believed the initial diagnosis of my GP that I was suffering from migraines. The pain had been so severe that I had to take steroids to cope with it. When I was told I had a tumour I felt physically sick.

My tumour was in the right temporal lobe and, in many ways, the operation I had to debulk was a success as there was no damage to the optic nerve. Although I am fortunate not to have experienced lasting side effects I am seeing a counsellor and taking medication for post-traumatic stress disorder as a result of the surgery.

It is now two years since the operation and I continue to have follow-up scans. So far the results have been positive. For me, one of the worst things is the constant anxiety because I am never really sure what might happen if the tumour will come back and my condition will worsen. The time it takes from having a scan to being given the result is agonising; you just never know what you will be told.

Prior to my diagnosis I knew nothing about brain tumours but, as you might imagine, I did a lot of research very quickly. It is shocking to see that 16,000 people are diagnosed each year. This is the biggest cancer killer of children and the under 40s yet just 1% of the national cancer spend goes on brain tumours.

During my career as a journalist, I worked on local newspapers in Kent and freelanced for the nationals. I found my way into journalism after moving from Oldham to London to study as a mature student. Prior to that I had done a variety of different jobs. I had always enjoyed writing and received some acclaim. Initially I studied economics but transferred after a year to a course in writing and publishing which hadn’t previously been available. I left university in1994 and Louise and I married four years later. I was working right up until my surgery but since then it has been hard to find someone who will take me on. At the moment I am working on a newsletter project which I hope will turn into paid employment.

Louise has been a great support, not only to me but to our children, Madeleine 16 and Nathan, 14. The kids have coped well although we had a further blow a year ago when Nathan was diagnosed with a serious illness. He is Type 1 diabetic so you can imagine Louise has her hands full looking after everything.

I have also had great support from the community including a former journalist friend Mike Beaumont, now the landlord of The Four Candles pub and microbrewery who donated the proceeds from the sale of his first brew to Brain Tumour Research. 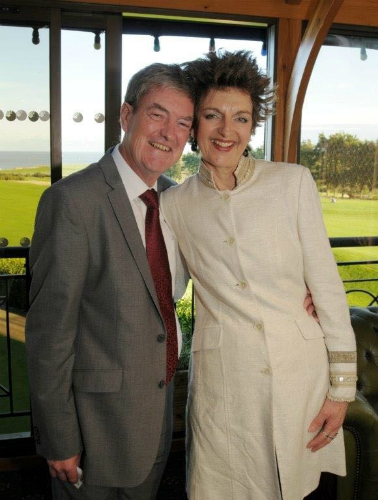