A year on from her diagnosis with a glioblastoma multiforme (GBM), Pamela has gone from being a happy and healthy grandma-of-four, who adored travelling and keeping fit, to not being able to walk.  A retired café assistant at Sainsbury’s in Arnold, Nottingham, she relies on 24-hour care. Her son Tony, 39, a deputy headteacher at Morley Primary School, Ilkeston, is committed to raising awareness of brain tumours. He has already raised £6,000, as he prepares to run the Virgin Money London Marathon for Brain Tumour Research.

Here is Pamela’s story, as told by her son, Tony…

The most heart-breaking part of Mum’s brain tumour is how much it’s debilitated her. She was slight, healthy and enjoyed nothing more than long walking holidays in Austria and Switzerland. Up to the age of 60, she even took a three-mile commute on foot to work and back. Now she struggles to move at all.

Mum’s appearance has changed a lot too. Her body is swollen on steroids and this is hard for my two young children Nathanael, seven, and 11-year-old Sebastian to cope with. They were once so close to their granny, who often cared for them while my wife and I were at work. Now they are scared to hug her and don’t understand what’s going on. 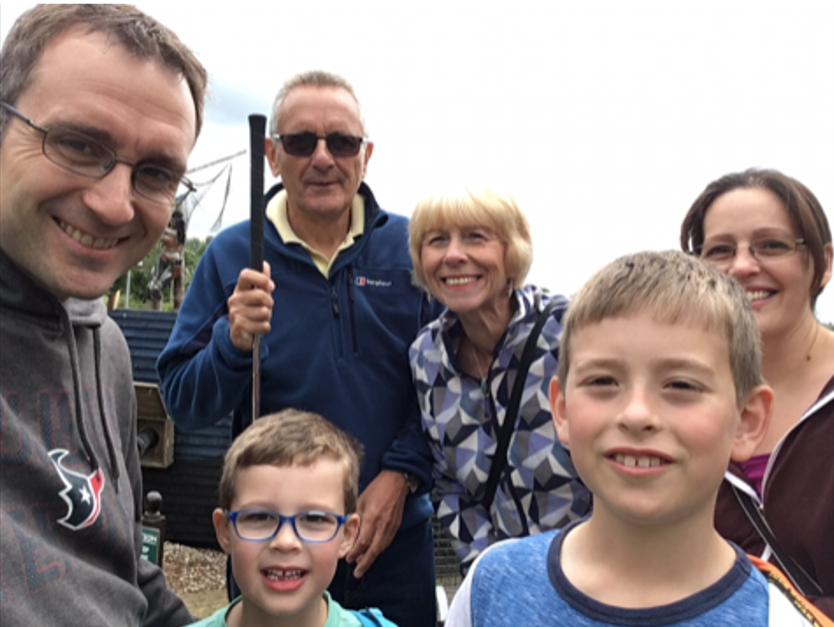 “Mum gets very confused but I’m relieved she still knows who we are. Some days are better than others, but it’s really hard to see how ill she has become. No amount of reading can prepare us for the reality of what is in store.”

It was in March 2019 that we received the desperate news that Mum was living with a glioblastoma multiforme (GBM), though the symptoms presented themselves several months beforehand. Mum was never ill and always had a smile on her face; no matter what life threw at her she always seemed to power on. So, it was quite out of character when she began complaining of funny turns.

After visiting the GP we were reassured that the symptoms were probably due to low blood pressure. Mum explained how she would feel tingly and experience a funny sensation in her head. However, follow-up tests didn’t seem to reveal a problem with her circulation.

We knew something was untoward when Mum said it felt as if her right hand didn’t belong to her. She also became unusually anxious, panicking when about to board a flight on holiday to Gran Canaria in January 2019. She had always loved travelling so it was very unlike her to become so afraid. 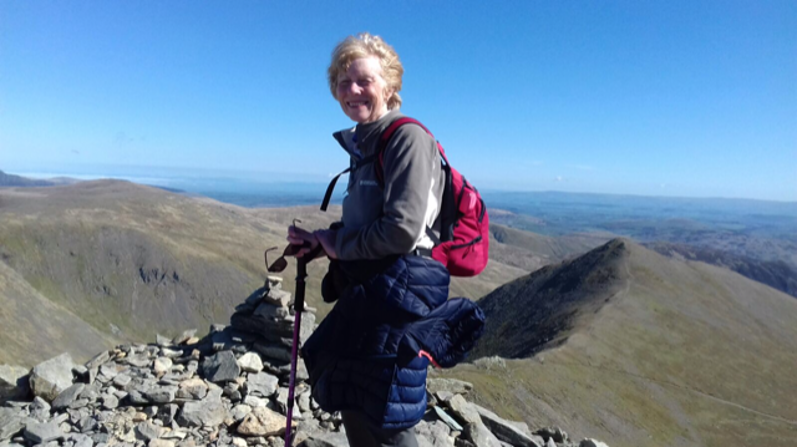 “Mum also started struggling with her balance and her mobility became impaired, so a week after returning from her holiday, she was referred for an MRI scan at Queen’s Medical Centre, Nottingham.”

I was with Mum as we were told of her highly aggressive tumour, located deep in her brain, deeming it inoperable. It was awful to realise that any treatment would merely prolong her life and not save it. I wondered whether to ask how long she had left, though the consultants didn’t seem to have a clear idea of how the disease would progress. I wish that she had been diagnosed sooner, giving her more time to enjoy her days, instead of suffering so much, requiring 24-hour care.

Mum had radiotherapy and chemotherapy and became dreadfully tired. It was a debilitating fatigue which prevented her from even turning over in bed. She was put on steroids which helped with her mobility, but drastically changed her appearance.

“A year on from her diagnosis and it’s impossibly sad to think how much Mum has gone downhill. On the worst days, she can’t even put her clothes on and she needs to be carried to the toilet.”

Mum is currently back at home and Dad is caring for her. Growing up, a son always sees his dad as his hero, but this is now 100% true. A man who has been loyal to every word of his vows, made over 44 years ago. He is a true rock, unwavering in his love and support and he is our champion. He is somehow able to carry on, managing to keep his smile and wonderful sense of humour.

I hardly knew anything about brain tumours before Mum’s diagnosis but now I’m determined to help raise awareness. I can’t believe that historically just 1% of the national spend on cancer research has been allocated to this dreadful disease. More needs to be done to ensure others don’t have to face this constant heartbreak and uncertainty of the future. 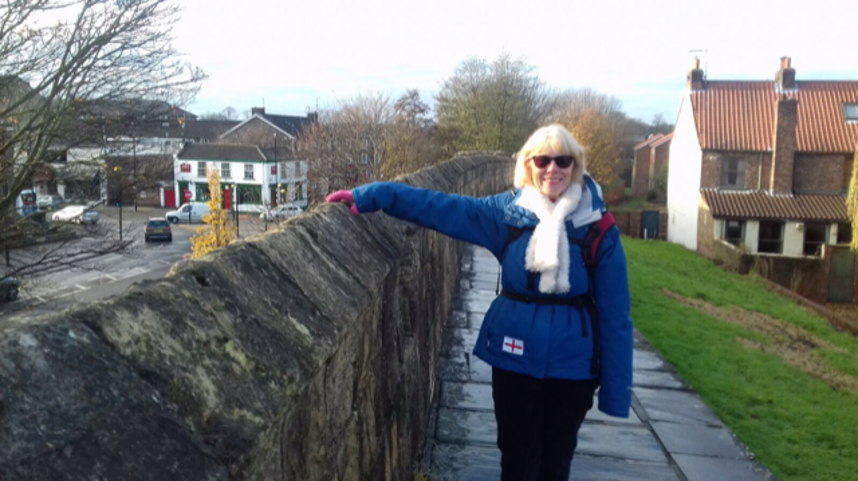 Having completed several half-marathons, I decided to take part in the Virgin Money London Marathon for the charity Brain Tumour Research. I’m in training for the event, which takes place in April 2020, and have meticulously organised my runs with a spreadsheet. It’s motivating to cross each training run off the list and it’s giving me something to focus on. I’ve really felt the benefits; running clears my head and distracts from what is happening to my mum.

I’m overwhelmed to have already raised more than £6,000 and much of the support has come from pupils and their parents at Morley Primary School, Ilkeston, where I work as a deputy headteacher. If there’s one thing Mum’s brain tumour diagnosis has taught me, it’s how many kind-hearted and generous people there are in my life, willing to join me in funding the fight against this horrendous disease.

If you have been inspired by Pamela’s story and would like to know more about our lobbying, research updates and fundraising opportunities, please sign up to our weekly e-news. 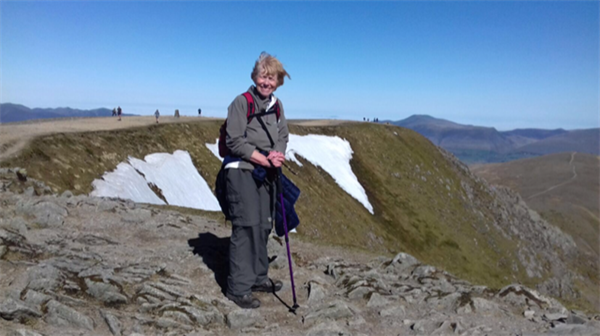