The family of 35-year-old Pali Uppal, from Leeds, is crowdfunding for potentially life-saving treatment, after he was diagnosed with an aggressive brain tumour in May 2021. Pali’s tumour is a diffuse midline glioma (DIPG), and its location on his brainstem means it is inoperable. The dad-of-two has been treated with radiotherapy on the NHS but his relatives are pursuing privately-funded treatment options, as his standard of care options in the UK are limited.

Pali is our world. He is the rock of our family; a father, husband, son, brother and dear friend to so many. He has a heart of gold and never fails to put others before himself. He is our inspiration every day and we are so proud of him.

“Our lives changed forever when, in April 2021, Pali started suffering from headaches.”

On 10 May, he went to the GP, who was concerned enough to send him to Leeds General Infirmary (LGI) A&E for a CT scan. He waited there for hours and hours, until finally he saw a doctor, who shone a light in his eyes and decided that he didn’t need a scan after all. They said he had tension headaches and he was sent away.

As a family, we weren’t satisfied with that diagnosis, so we urged him to book a private scan, for reassurance, if nothing else. On 27 May, he had a scan at The Yorkshire Clinic in Bingley and that’s when they discovered a mass located at the back of his brain. They weren’t able to say what it was but Pali was told he couldn’t drive, so my husband, Inder, went to collect him and took him straight to LGI. 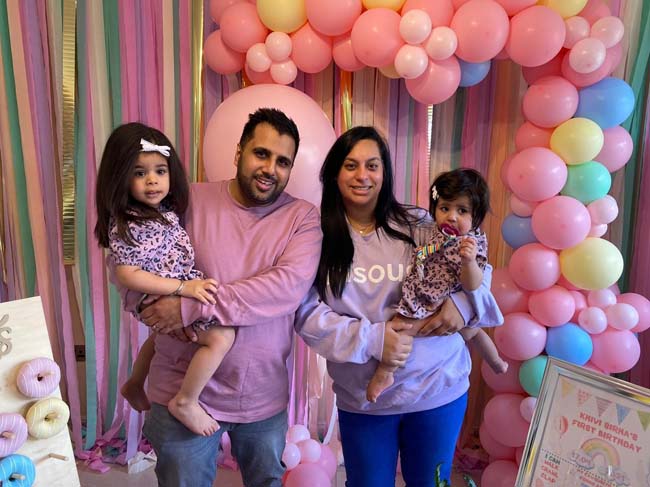 Within a few hours of arriving at A&E, Pali saw a neurosurgeon, who decided that they would need to operate the following day. On 28 May, he had brain surgery, during which the surgeon performed an endoscopic third ventriculostomy (ETV) to relieve the build-up of pressure in his head which had been causing the headaches. A sample of the mass was also taken for a biopsy.

Pali spent six days in hospital without his family by his side, due to the COVID-19 restrictions. His wife Jas missed him dearly, as did his daughters, who are just one and three years old. We took home-cooked food in for him every day but were unable to deliver it onto the ward. By the end of his stay, he would come to the ward doors to meet us, so at least we were able to see him but it was a really difficult time. We’re a very close-knit family, so we rallied round to support each other and made sure that Pali knew we are all there for him.

As he was still waiting for the results from the biopsy, we all prayed and prayed that it was going to be a low-grade tumour or even an abscess or infection. We researched day and night, as we wanted to be prepared for whatever we were going to be facing. In our naivety, we thought that even in the ‘worst case scenario’, we would have options available on the NHS in the UK.

On 9 June, the results of the histology report finally arrived and it was terrible news. The biopsy revealed a high-grade tumour called diffuse midline glioma or diffuse intrinsic pontine glioma (DIPG). We soon learned that this is a highly aggressive tumour that is particularly resistant to conventional treatment. Due to the position and depth of the tumour in the brainstem, the doctors concluded that it wouldn’t be operable. We couldn’t believe it. Pali has always been fit and healthy. He’s a sensible young man.

“He doesn’t smoke, doesn’t drink much and has no underlying health problems. I asked: ‘why?’ but no health professional we spoke to could provide an answer.”

One of the only treatment options available in the UK for this particular tumour is intensive radiotherapy for a period of three weeks, which Pali began at the end of June. Those three weeks were the most gruelling any of us have ever experienced, as the effects of the radiation hit Pali hard. 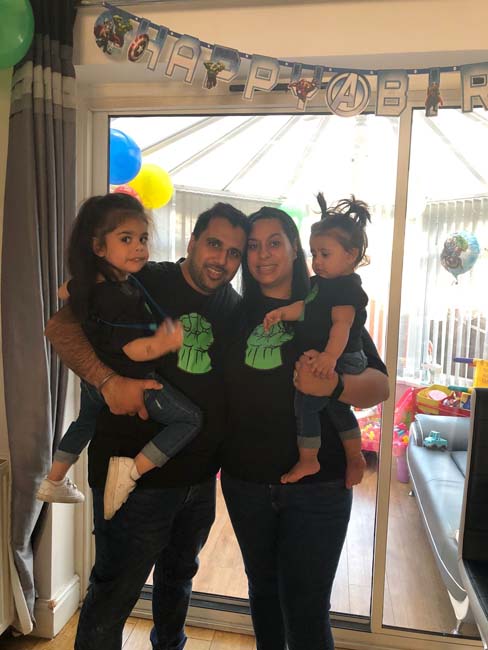 We weren’t prepared to accept that radiotherapy was Pali’s only option, so we continued to do lots of research and discovered a new trial drug, called ONC201. With the support of Pali’s medical team, we spoke to a paediatric oncologist at The Christie in Manchester, who has been treating a child with the same drug. DIPG most often occurs in children and is much less common in adults. The doctors supported our decision to go ahead with the phase II trial drugs, as they are showing very promising clinical results in fighting the exact mutation that Pali’s tumour has (H3K27M).

“That was the good news. The bad news was that the drug alone would cost £5,000 a month and, if effective, would require long-term use.”

Alongside this, we are looking into immunotherapy treatment in Germany, which will cost around £60,000 per treatment. Therefore, we are looking to raise £120,000 for Pali’s treatment and in order to help us do that, we have set up a GoFundMe page we’re calling ‘Fight4Pali #TeamPali’. In just a few weeks, the page has attracted more than £80,000 in donations and we are completely overwhelmed by the kindness and generosity of our friends, family and even complete strangers. We are members of the Sikh community and have been really touched by the way in which gurdwaras in Yorkshire and Glasgow have been collecting and contributing to the page. We have relied on our faith to get us through this awful time and feel so blessed to be part of this wonderful community.

We are fighting this on all fronts. We have contacted all our local newspapers and radio stations and have secured several interviews, which are helping to raise awareness, not only of our desperate situation but of the wider issues surrounding brain tumours. We have been in touch with Pali’s local MP, Rachel Reeves, the shadow chancellor, to ask for her support too. She put us in touch with the Medicines and Healthcare products Regulatory Agency (MHRA), as we are now pursuing the drug Avastin, which we are currently only able to access privately.  We will do whatever it takes to help Pali and we can’t thank everyone enough for their help so far. 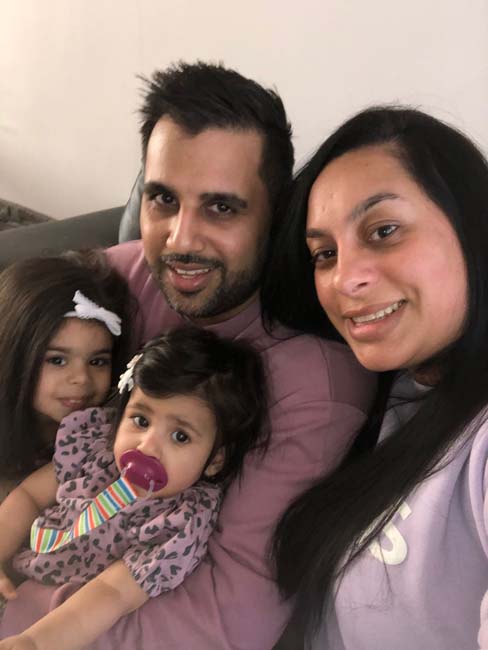 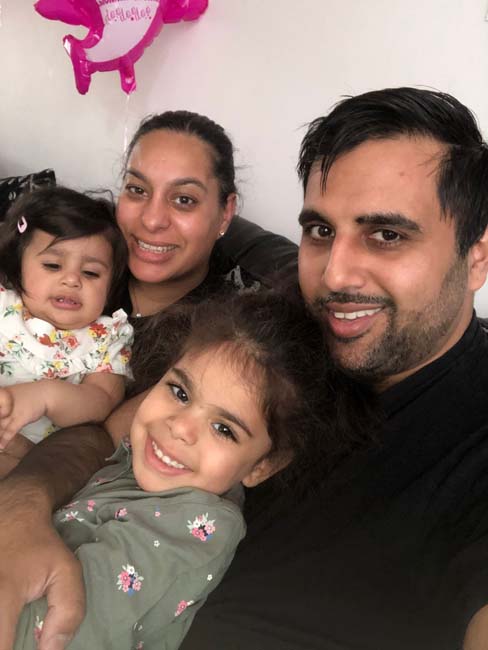