Twenty-two-year-old Olivia from Warwickshire had an isolated seizure in 2007, when she was just seven. After a medical check-up at Telford Hospital, she was discharged with no cause for concern. Nine years later, she began to have seizures during the night, waking up not knowing what had happened and these extended into the day. After biting the inside of her mouth during a seizure she was taken to hospital where a scan showed a mass on her brain. Due to the complexity of her tumour, Olivia’s diagnosis is thought to be a low-grade glioma or dysembryoplastic neuroepithelial tumour (DNET) after five years of clear scans, she remains on watch and wait.

Before my diagnosis I had no intention of going to university. I knew I always wanted to be a teacher but I was in no rush to make any decisions about my future, however, over the last six years that has changed.

My symptoms started when I was on holiday in Mallorca with my family. I was like any other seven-year-old, active and happiest when I was outside. I had a seizure out-of-the-blue it was a one off and the first time it had ever happened. When I returned home to the UK, I had an appointment with the doctor and was referred to Telford Hospital where I was tested for epilepsy. After these came back ‘normal’ I was discharged and for nine years lived my life seizure free.

When I was 16, I began to have nocturnal seizures. I never knew what had happened until I came round after the episode and saw my family surrounding my bed. They described hearing grunting sounds, as if I was choking. I had no idea what was going on but their concerned expressions said it all. These progressed into partial seizures which happened during the day. This time I remained conscious but lost my bearings and everything would sound echoey. These lasted 30 seconds and until last month I was having up to 20 a day.

It really knocked my confidence and all I wanted to do was stay in.

I injured myself twice after having these seizures, the first time I bit the inside of my mouth and another time knocked my head and gave myself a black eye. My mum called an ambulance and I was taken to University Hospital Coventry and Warwick (UHCW) where I was given an ECG, EEG and MRI. That’s when I was told they’d found something on my brain.

As soon as I heard those words, I thought the worst, presuming it must be cancer.

“However, since 2016 I have received multiple diagnoses. From being told it was a cyst to being told it is more complex and looks to be a low grade glioma.”

When I went back to visit my family in Shropshire, they would ask me how I was and ask about the tumour and I felt frustrated I couldn’t offer them an answer to what it was. I would read through my medical letters and feel stressed as it could be so many different things. 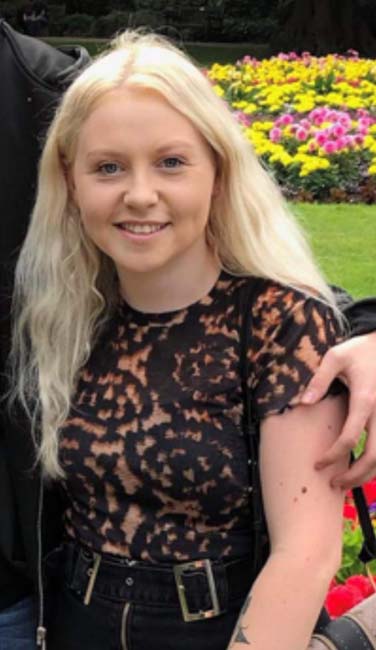 A second opinion at Leeds in July this year has narrowed my diagnosis down to a low-grade glioma or DNET. The doctor was brilliant at explaining to me how it could be either. I feel better knowing this but I am still chasing clarity. I am on a watch and wait with my tumour being treated as if it is a grade 1 glioma and I have annual MRI scans which have so far show the mass is stable.

I know that in the future, I may need surgery and chemotherapy, and as scary as that sounds, I am pleased to be getting answers.

A side effect of the tumour is a slight drooping of the right side of my face which I notice more looking at pictures. It has held me back from socialising and I am definitely more shy in a social setting, compared to how I once was. 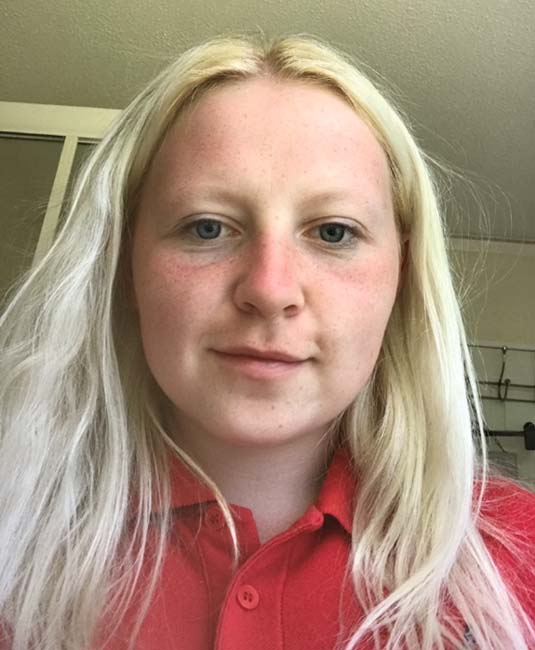 I was finally diagnosed recently with epilepsy which doctors don’t know if it is a result of the brain tumour or something I developed before. I am on anti-convulsant medication which has so far kept them under control, meaning I wasn’t allowed to learn how to drive when my friends were all taking lessons. I rely on my mum to take me to and from appointments.

One day I would like to start a family of my own, but I don’t know if my brain tumour is hereditary and I wouldn’t want to put that possibility on my future children.

There is still so much to learn about brain tumours, and my experience is proof of that. By sharing my story, I hope to inspire people to join the campaign in finding a cure for this disease, and let people know they are not alone. 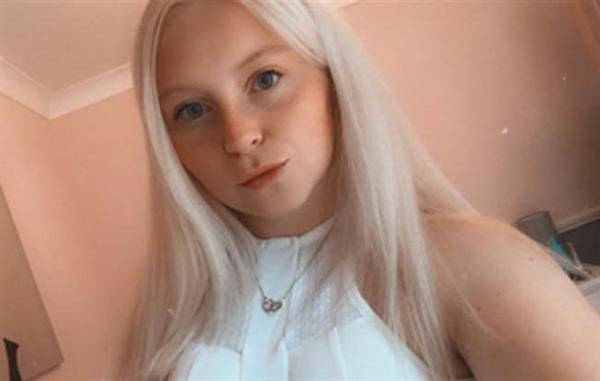