Nicola Clark was misdiagnosed with epilepsy at the age of 33 and unsuccessfully treated for the condition for seven years before her ganglioglioma was discovered in 2017. The mum-of-one, from Maldon in Essex, had been experiencing absence seizures several times a week so was ‘over the moon’ to finally know why they were happening. She underwent a craniotomy in 2018 and is now being monitored with annual scans.

I was a single parent working in IT in a busy London law firm when I started suffering from absence seizures in 2010. I didn’t understand anything about them so I went to see my doctor who referred me for further tests. Eventually I was told that I had epilepsy but, despite being given various scans and medications, my episodes continued to occur at increasingly frequent intervals.

Over the course of seven years, I went from having an episode every couple of months to several a week. They didn’t come with any warning signs and, over time, became so bad that I often found myself collapsing in the middle of the road or on a train platform when I was on my way home from work or picking my daughter up from school.

“I frequently had painful cuts and bruises, so it was an extremely challenging time.” 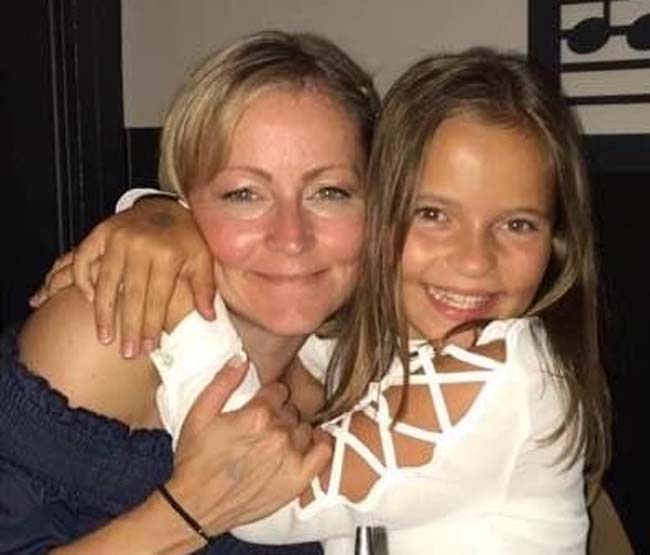 My husband, Matt, who I met during this time, was absolutely brilliant and saved my life on more than one occasion, the most memorable being when I was crossing a busy high street on a Saturday afternoon. I passed out whilst crossing the road and he had to run over, stop traffic and pull me out of the way. Life became like walking a tightrope as to if and where I would fall that day. 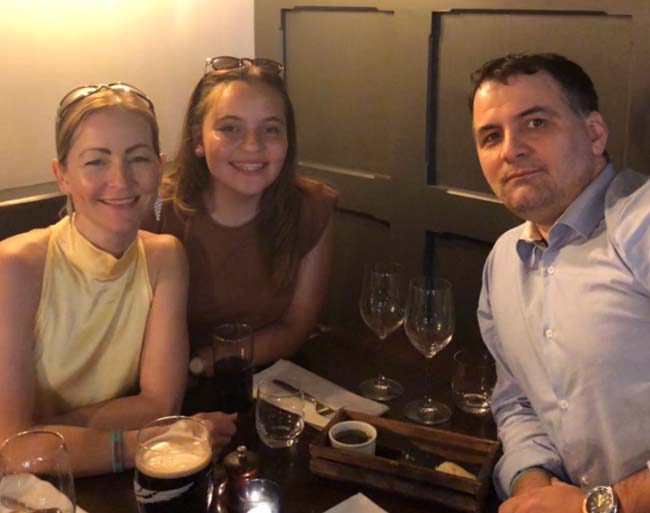 "It made me more than aware how quickly life can change, in an instant and without warning.”

I was passing out so much that I thought I was going to have to quit my job. To prepare for that, and as a healthy form of escapism, I began studying for a BA open degree, which I’m proud to say I achieved, despite everything I was going through at the time.

“Eventually, I went for a second opinion, to the Royal Hallamshire Hospital in Sheffield and, after having a scan, was told that I had a brain tumour.”

It may have grown since my previous scan years earlier and been easier to spot but they found it straight away. It sounds funny but I was over the moon. Matt thought I was mad to be so pleased by the news but it was such a relief to finally have an explanation for what was wrong with me.

“I was told it was probably a low-grade dysembryoplastic neuroepithelial tumour (DNET) but later learnt that it was a cancerous ganglioglioma and something I’d probably had since childhood.”

I kept everything to myself at the time and didn’t tell anyone about it. I was juggling lots of balls and was keen to keep them all in the air whilst trying hard not to worry, upset or embarrass anyone.

I underwent a craniotomy in April 2018. When I was given the option to have surgery I instantly said: ‘yes, please, take it out!’ I was really excited about it. Matt was obviously very worried but everything went well. When I got home I had so much adrenalin I felt like I could have gone for a run. Most importantly, though, I haven’t had a single seizure since. 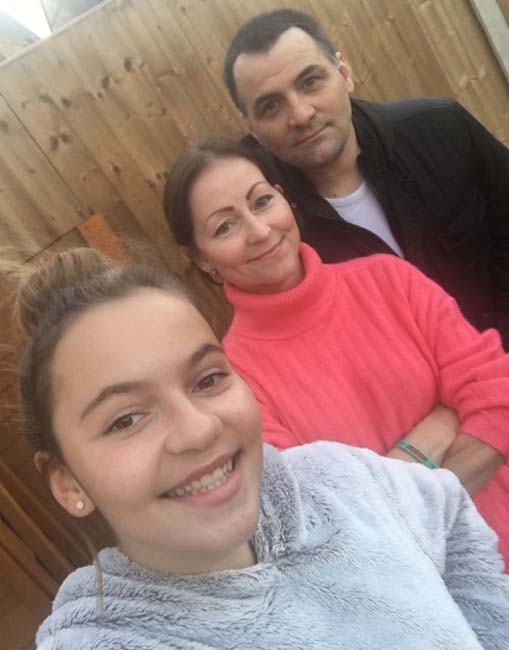 “I do find myself getting really tired but am able to manage that and I now talk openly about my brain tumour, remission and recovery to help others who perhaps want but don’t feel able to.”

Like me, they could be worried about their diagnosis having a domino effect on their life and they may be mindful about not wanting to worry those around them. It also doesn’t really feel appropriate when asked if you’ve had a nice weekend to reply with ‘unfortunately not, I’ve just been diagnosed with a brain tumour’.

As a result of the neurological tests carried out on me ahead of surgery, I was told that I had great linguistic skills and joked with the team about learning Chinese. After pulling through my surgery, I felt so good that that’s exactly what I did.

“In the year following brain surgery, I got a Mandarin qualification; it was especially to show my daughter that anything is possible if you put your mind to it.” 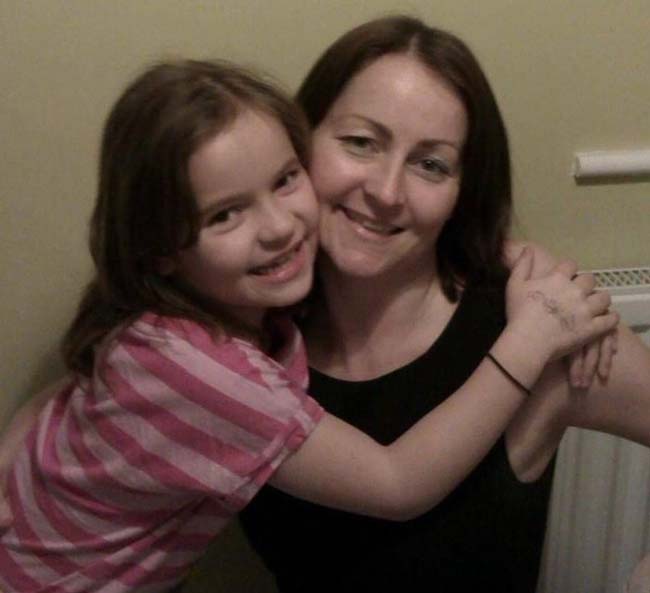 I’ve left my job in IT and now work as a disability business mentor, helping companies learn about people with invisible disabilities. Brain tumours can provide hurdles for those who have them but the more we talk about and understand them, the less hurdles there will be and the less isolated patients will feel.

“When you’re faced with your own mortality every day, it gives you a different perspective on life and, in my case, it’s made me want and be able to help others through their journeys. ” 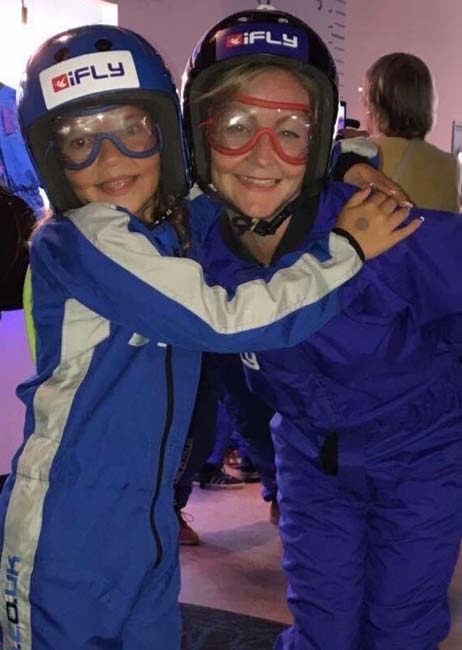 I’m now in remission but know that my brain tumour, like any other, is most likely to recur in the first five years after surgery. I’m approaching my fourth annual scan so, unsurprisingly, have some ‘scanxiety’ but I’m looking forward to a time when I no longer need scans. I know that it could come back one day anyway but I’ve decided not to live life worried about something that hasn’t happened yet. Instead, I learn and do more about how to live it to the fullest. 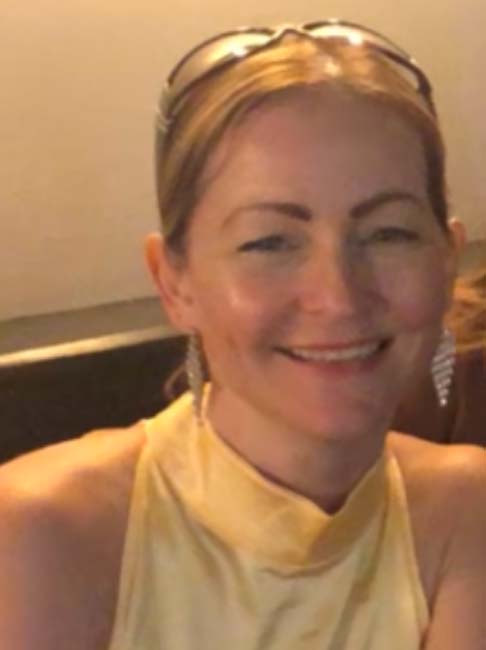