Mike lost his mum to a brain tumour and lived with distressing memories of her last few months so it was a particularly cruel blow for him to learn that he too had been diagnosed with the disease. Surgery to remove his meningioma brain tumour was the easy part; it has been the life-changing effects, particularly to his personality, which continue to be much harder to bear.

Back in 2011, I started to have excruciating cluster headaches. I would have a warning that one was coming on about half an hour before it happened because my left side would go numb. It allowed me to go home where typically I would lie in a darkened room for three days with music playing as I couldn’t read or watch TV because I couldn’t tolerate bright lights. I had recently separated from my wife of 19 years so it wasn’t a surprise when my GP put this sudden onset of migraines down to stress.

It wasn’t until 2015, two years after I had met Debbie, who was to become my second wife, that I was diagnosed. My cluster headaches had by this time become more frequent and the pain more unbearable so I was sent for further tests.

“It was then, aged 47, that I learnt I had a six-cm brain tumour which would have to be surgically removed. I was told that as it was a slow-growing meningioma,it had probably been growing inside my head for 15 or 20 years to get to that size.” 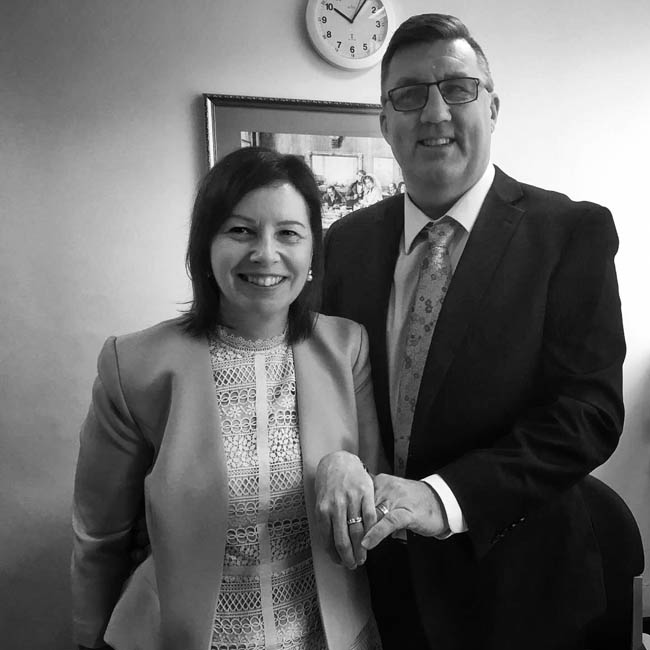 It was very distressing because I can clearly remember my mum being diagnosed with a brain tumour herself back in 1989, undergoing surgery at Addenbrooke’s followed by 18 months of rehabilitation and a six-month stay in a psychiatric hospital because there was no other facility available. Three years after first being diagnosed, the tumour grew back and although Mum had further surgery, she deteriorated quickly, becoming house-bound and then passing away.

Having been advised of the risks of brain surgery which included stroke and even death, my operation ended up being cancelled twice; the first time I was advised the night before, but the second time I was actually in Addenbrooke’s with my surgical stockings on and had been nil-by-mouth all morning and into the afternoon, when the surgeon came to me at 3.45pm to say they had run out of time. I am not ashamed to say I felt very angry at the time.

Four days later, I was back at the hospital and fortunately the craniotomy went ahead. However, when I regained consciousness, I found I had lost my memory – I didn’t know who I was or where I was. Debbie was with me anxiously showing me photos of my son and of her and hoping they would spark me to remember.

It was thought I might have had a haemorrhage, but the scan came back clear.

By 6pm I was back on the ward and given tea and toast, only to find I couldn’t use my left hand. I also needed a frame to move around.

“I pressed the medics to discharge me so that I could go home and rest – I felt like I had played four games of rugby back-to-back. Happily, a couple of days after surgery, I left hospital with 57 staples in my head.” 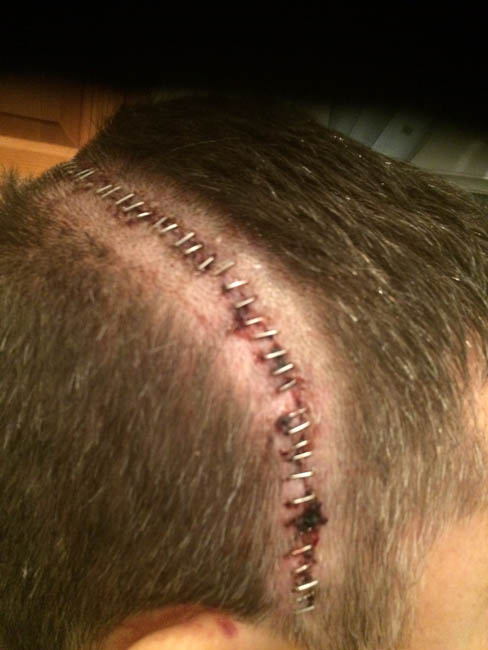 I left the hospital in a wheelchair, unable to walk more than 15 metres without stopping for a rest.

Brain surgery had been the easy part; I found the everyday things really difficult. I struggled physically with numbness down the left side of my body and still do so to this day. Having been an active sportsman, playing rugby until I was 47, it’s particularly difficult for me that I  can’t really play sports anymore.

I am still a massive rugby fan, following the British Lions, and it’s a passion I share with my son Kieran, now 21.

“However, it’s the hidden effects of my brain tumour that have had the biggest impact on my life.”

Cognitive fatigue strikes me with no notice. Some days I can’t get out of bed and struggle to be up, dressed and showered before 5pm. It’s like living with jet-lag with me fighting a mental battle, forcing myself to do things. Whatever I am doing on a given day, I have to plan in lots of rest breaks. 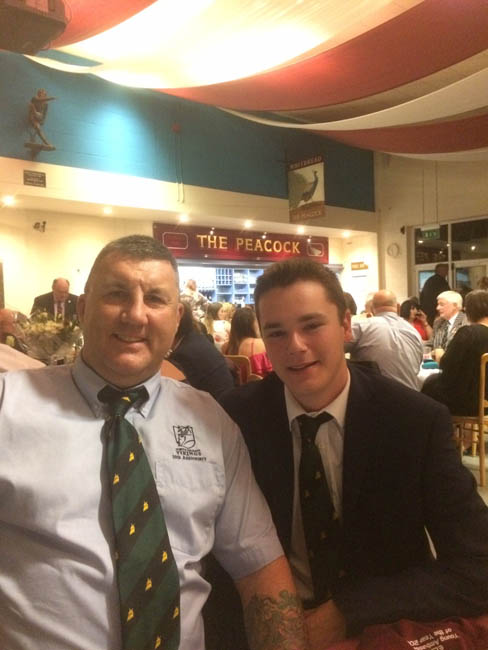 I also find I really suffer with mood swings. I used to be a calm and rational person, but now I am quick to anger, get frustrated very easily and am living with depression. I am so thankful that Debbie has stuck by me - we got married in 2018 – as well as my friends including two close mates who I am able to tell exactly how I feel and what I am thinking.

My GP referred me to Jubilee House at the Colman Hospital in Norwich for rehabilitation and I also spent three years working to improve my lost memory and problem-solving skills by attending support sessions run by the charity Headway.

“Before my operation, I had been a driver for a local company, transporting children with disabilities, including to and from school, but I had to give up my driving licence and therefore my job because of having brain surgery.”

It meant that Debbie had to drive me everywhere, until I was deemed fit enough to drive again by the DVLA. Bizarrely I was still entitled to keep a full motorbike licence, which meant I could still drive a 1,000cc bike.

I saw that Brain Tumour Research was launching its Cycle 274 Miles in August campaign and decided to sign up. I am not a cyclist, but having been a keen sportsman, it’s good to keep fit. I’ll ride my own bike and will also be pedalling on a static bike in the gym – hopefully averaging 10 miles a day, although I know some days that will be impossible because of my fatigue. We need to find better ways of treating patients and ultimately a cure so that families don’t suffer the heartbreak of losing loved ones like mine did, or have to live with an invisible disease like I do. 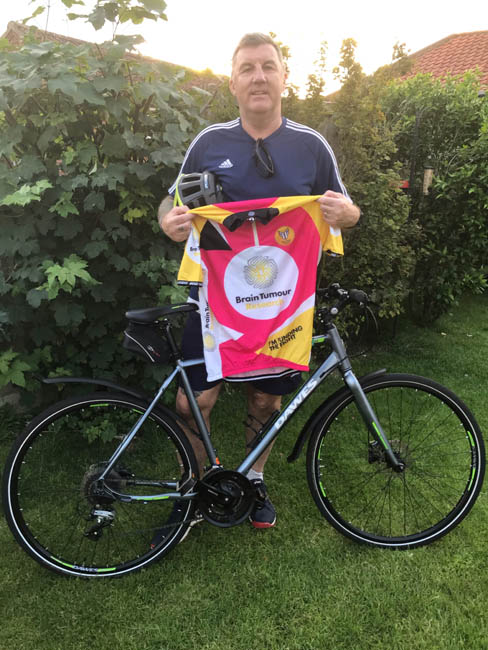 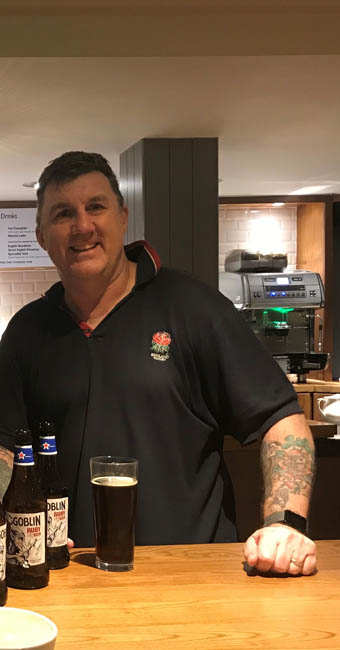