When retiree Mick Jeffs, from Haydon Bridge in Northumberland, began volunteering as a driver for the Tynedale Hospice at Home hospital transport service in 2014, the last thing he expected was to be asking for help from the very same service himself just four years later.

Mick was diagnosed with a grade 3 anaplastic oligodendroglioma at the age of 67. As he reaches the milestone one-year anniversary since his diagnosis and following months of intensive treatment, Mick is enjoying life as a grandad and feeling hopeful about the future.

I’ll never forget the day I was taken ill with my brain tumour, Thursday 19 April 2018. It’s memorable because when my wife Barbi was a student she once backed a horse called ‘April 19th’ and ended up winning a small amount of money on it.

It came without any warning. I’d spent the afternoon in the garden, cutting the grass for the first time that spring. I was actually feeling particularly pleased as, for once, the machinery had cooperated and so, having finished the job, I made my way to the kitchen to reward myself with a glass of wine. Barbi was there preparing the evening meal and, out of the blue, she heard me fall to the ground. I have no recollection of passing out or of what happened next but apparently, I was blue-lighted to Northumbria Emergency Specialist Care Hospital, where I was later admitted. 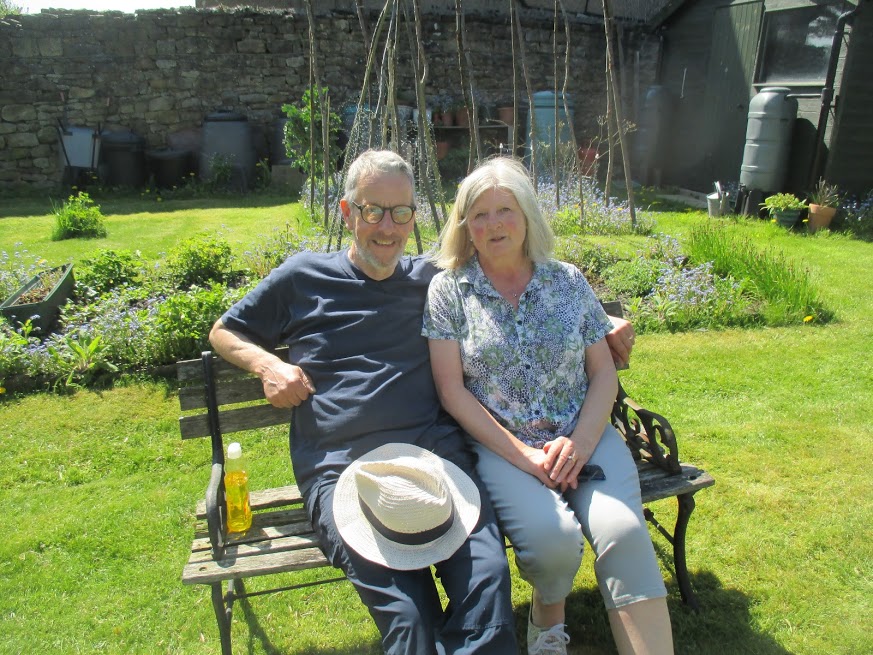 “The medics performed a CT scan, which revealed a ‘space-occupying lesion’ in my right frontal lobe. At that point my biggest concern was that I’d have to surrender my driving licence, due to my seizure.”

Having to give up driving has been the biggest challenge of all. I love being behind the wheel; we do road trips all over Europe and the west coast of Scotland. I was a Financial Services Account Manager before I retired and my job involved a lot of travelling around the UK. Being in the passenger seat has been interesting. If I don’t keep my mouth shut, I know I’d end up riding in the boot!

Over the course of the next month I had a series of meetings with various medical professionals. I met my neurosurgeon, Mr Otto Major. He immediately put me at ease; I had every confidence in him. The good news was that they could operate - I was in luck! I had surgery to remove as much of the tumour as possible, followed by a biopsy when they tested my tissue samples. I then had a long, three-week wait for the histology results. My tumour turned out to be an oligodendroglioma, or an ‘Oligo’, as I was told the medics call it. I suppose that was the ‘bad news’. The ‘good news’, revealed by the post-operative histology, was that the presence of a gene mutation meant the treatment regime was more reliable. 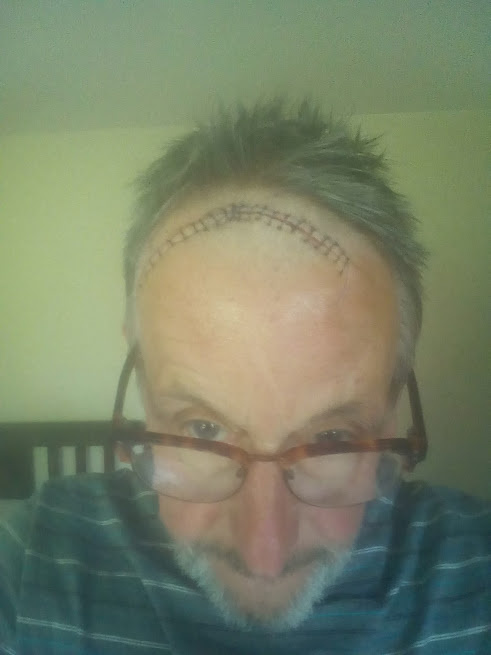 “I have nothing but praise for all of the NHS staff I’ve come across through my diagnosis and treatment.”

I was given steroids to reduce and prevent inflammation around the tumour. The side effects of the steroids were tough. They made me act strangely - I was convinced I was dead when I came home! Thankfully, in my professional life I had done a lot of work involving relaxation and mindfulness, which made the emotional effects of the treatment easier to cope with. In any case I was never going to allow myself to be negative about it. It was a grade three tumour but not particularly aggressive and with a well-defined treatment regime. 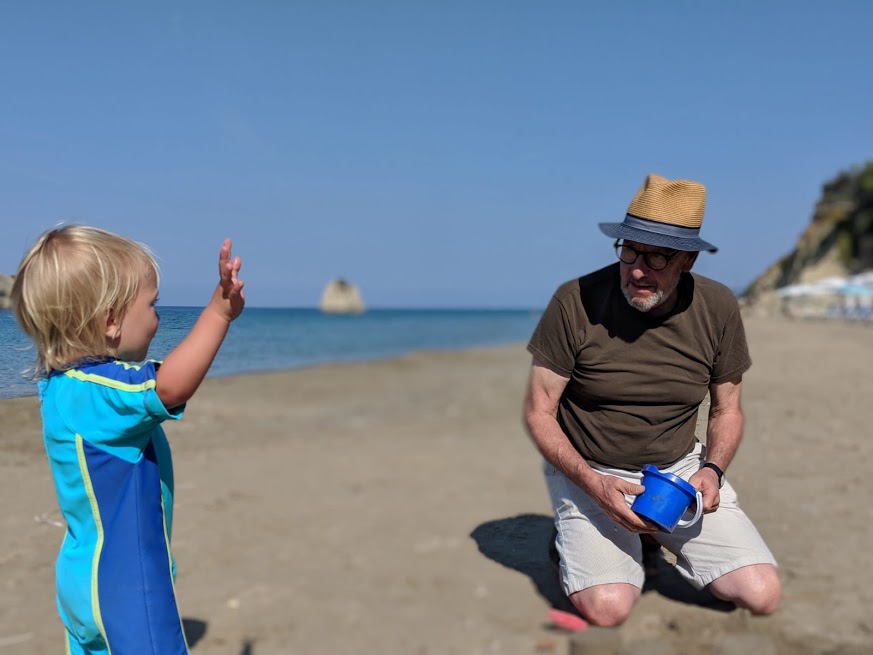 My surgery was on 17 May 2018. I had a few weeks off to recover and then began a course of radiotherapy, daily for six weeks. I was lucky to have plenty of help from family members, who drove me to and from the hospital for my treatment. There were a couple of occasions when I was stuck for a lift and so having been a volunteer driver for Tynedale Hospice at Home, delivering patients to the cancer centre in Newcastle, I was now the one having to ask for help. What goes around comes around, as they say. Following the radiotherapy, I had another few weeks off treatment, which coincided with a big family holiday in Corfu, then it was six months of chemotherapy, taken in tablet form at home.

My post-treatment MRI scan was on 25 March 2019. I met with my oncologist to discuss the results and was given the best news possible; the treatment had worked and I now only have to return periodically for six monthly checks. I count myself extremely lucky. A year on from my diagnosis I feel like I should mark the occasion with some sort of celebration. On the anniversary of me being taken ill I decided to cut the grass again. I also feel lucky because I never felt really poorly because of the tumour or the treatment. 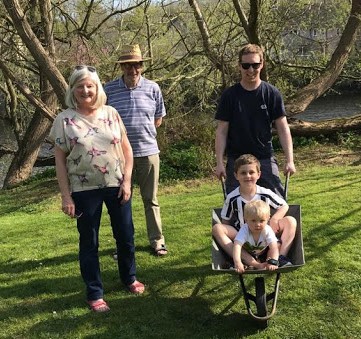 One thing I did find difficult to deal with, at times, was other people’s reactions to my brain tumour news. I’ve been open with friends and family as I believe that’s the best way to be but some people in my village were very upset. I soon realised that you can’t prejudge how people will respond to bad news. I’ve also learnt just how many people I know have been touched by cancer, including brain tumours, and many haven’t been as lucky as me. 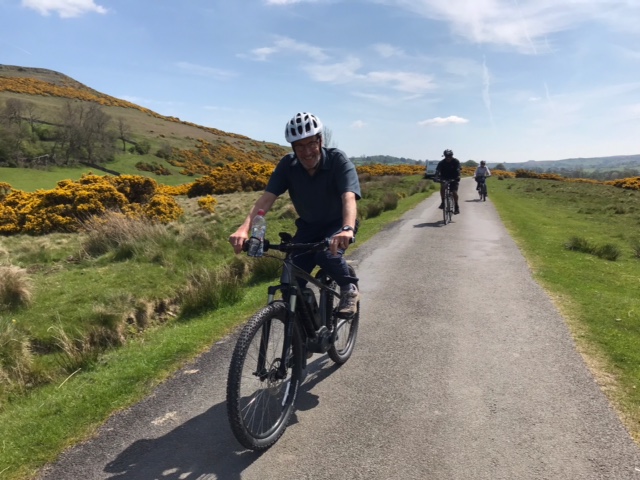 “The nurses who looked after me first alerted me to Brain Tumour Research. The current levels of funding for brain tumours are ridiculous, especially when you consider the number of kids and young adults the disease affects, it should be a priority.”

I bang on about being one of the lucky ones but I really am so grateful that I can still enjoy my retirement, in particular spending as much time as I can with my two grandsons. My illness has motivated me to keep fit. I set myself a challenge of walking 1000 miles this year and I’m set to achieve that so far. Before I was taken ill, I used to regularly donate blood and platelets and nearly achieved special acknowledgement for reaching the 250-unit milestone. That will never happen now and it’s a major disappointment to me but I invest my energy into encouraging others to donate instead. I have just started volunteering for the Tynedale Hospice again. It’s good to be able to give something back. 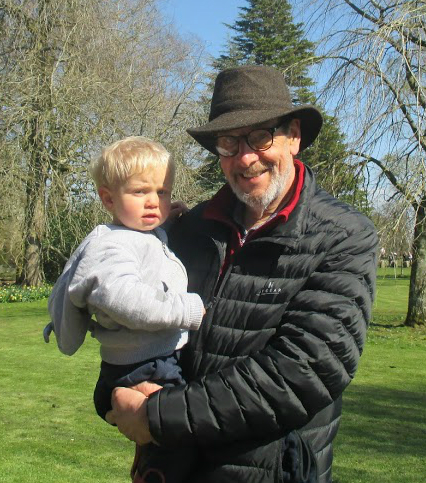