Maria was diagnosed with a meningioma in 2010 when her first-born son was just three. She had recently suffered three miscarriages. A couple of times she experienced a weird sensation in her arm akin to the feeling of having your blood pressure taken, but her GP hadn’t taken it seriously. Happily, she decided to get a second opinion and had surgery which completely removed the tumour.

I first noticed something wasn’t quite right in September 2009. I had always been pretty healthy and fit, although my job in London could be quite pressurised and, that year particularly, I was feeling quite stressed. I had recently experienced three miscarriages which no doubt contributed to my stress too.

"It was totally bizarre, but I was suddenly aware that my left arm felt like it was being squeezed, like it would be if you were having your blood pressure monitored. The experience lasted about 10 or 15 minutes and was so strange that I described it to my husband, Anthony."

It took me a few weeks before I went to see my GP. She told me that it was a migraine with aura, which I thought was odd as I hadn’t had any headaches. She was very dismissive, although she did tell me to come back again if necessary.

A month later, I had a similar episode with my arm again feeling like it was being squeezed and this time I went to pick up a piece of paper and the normal sensation you would expect when doing that didn’t feel right at all. My husband was away so I talked about my worries on the phone with my family in Spain. They were adamant they wanted me to have a second opinion. I was going back for Christmas, so an appointment was set up for me to see a neurologist in Spain then.

I had lots of tests and answered lots of questions – no, I hadn’t had any migraines or blurred vision, or even any seizures. I felt fine and very nearly said: “I am OK and don’t need an MRI.” Thank goodness I didn’t!

The following morning, I had an appointment to get my results. It was wet and I remember walking from the car to the hospital entrance thinking everything would be fine and then, for a second, thinking: “What if?” before quickly dismissing it. 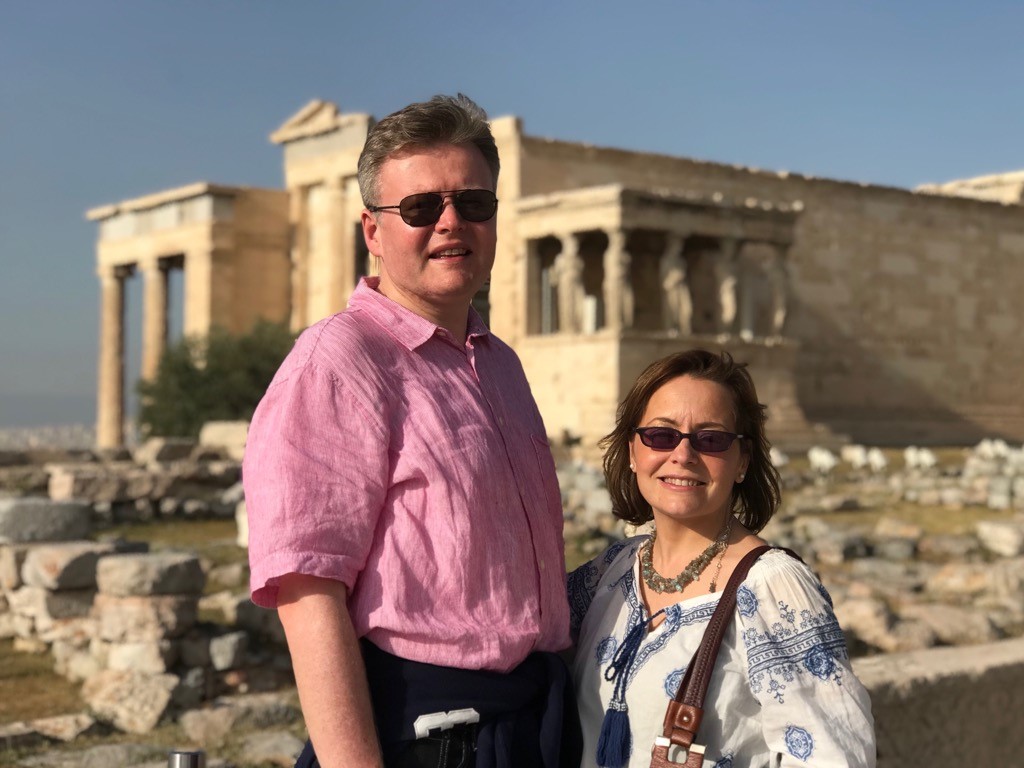 I saw the neurologist again and she was very direct. She told me I had a low-grade brain tumour. Although it was obviously a shock, I asked myself whether I could allow myself to be upset, seeing that it wasn’t cancer.

I managed to remain very clear-headed, conscious that I needed to take advantage of the small amount of time allocated to me to ask lots of questions. The neurologist was very patient and, before I left, gave me some anti-seizure medication which I decided not to take.

Three weeks later, I had an appointment with the neurosurgeon to discuss my forthcoming surgery. I wanted to know exactly what would happen during the operation and afterwards, as well as whether there would be any after-effects. He was very patient and answered all my questions comprehensively, as well as persuading me that I should take the medication that had been given to me previously.

My craniotomy was booked for around three weeks later so, in the interim, I went back to England to get everything organised. Fortunately, my husband was able to return with me to Spain and work from there. We enrolled my son Gaizka in a nursery school near to my parents because we knew that we would be in Spain for a few months – not surprisingly, both Anthony and Gaizka’s Spanish improved enormously!

"Ahead of my surgery, I put together a list of questions which ran over three pages and included my real fear that the neurosurgeon might sneeze in the operation theatre while doing something which needed the utmost precision!"

On the day itself, the confidence and trust I had in my neurosurgeon helped me to feel very positive. It also helped that a friend, who is a nurse, was working a shift that day and we were able to share a giggle together whilst getting my hair shaved off, in the hour before my pre-op. 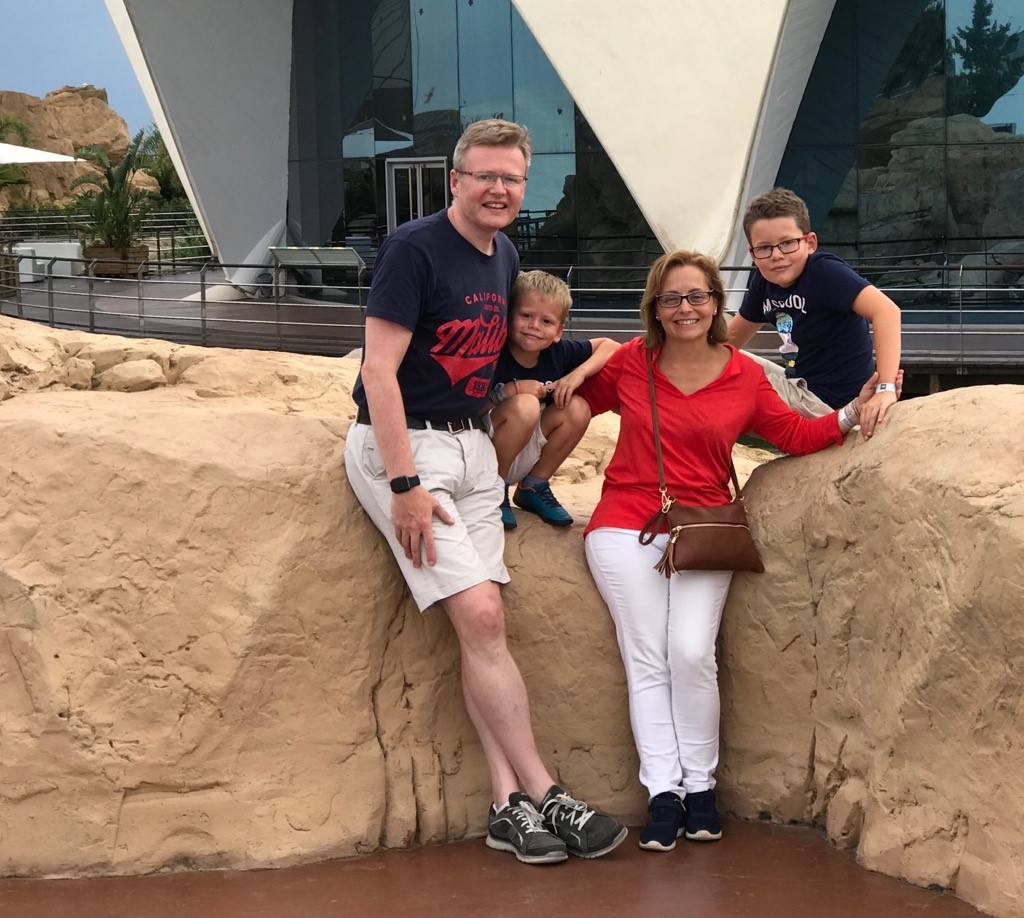 Happily, the craniotomy turned out to be very straight-forward, although the tumour, which had been the size of a golf ball when I had my MRI in December, had grown to the size of a tangerine. I also learnt that an artery had been feeding the tumour and that pregnancy can make tumours grow.

My after-care was very good and I was lucky not to feel any pain. A week after surgery I was discharged from the hospital.

I returned to England with no follow-up MRIs so for my own piece of mind I undergo annual checks privately. The week leading up to the scan, just like for anyone with a brain tumour diagnosis, is always horrible and filled with ‘scanxiety’.

"Although I was told that the operation was completely successful in removing all the tumour, every time I have a strange feeling in my head or suffer a headache, there is always a nagging worry that the tumour might be coming back."

I do feel guilty that I have been so lucky, especially when I read the grim brain tumour survival statistics or hear about patient support groups. My message to anyone who experiences anything unusual is to go and see your GP and, if they are dismissive, remember you know your own body better than anyone. Persevere until you get an explanation. I definitely think my GP should have picked up that something was wrong.

GPs need to have greater awareness of different diseases and conditions. You hear about too many misdiagnoses. 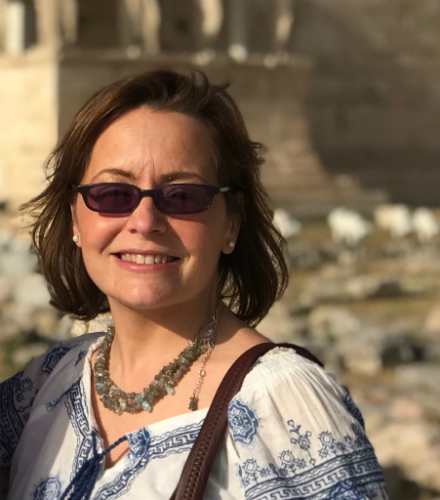