Lynne Collins, 61, is undergoing her fifth round of chemotherapy to treat her glioblastoma multiforme (GBM) – the most aggressive form of brain cancer. She has already endured surgery and now faces the difficult decision of whether to undergo radiotherapy which could leave her blind. As a former advanced nurse practitioner, she is under no illusion of how uncertain her future is.

When I talk about my illness, people often remark how well I look. This makes me wonder what exactly a brain tumour patient is supposed to look like. My disease is invisible and my future is uncertain; I live with a grade 4 glioblastoma multiforme (GBM) – the most aggressive form of brain cancer – and the doctors don’t think I will survive for more than four years.

“Having worked as an advanced nurse practitioner for more than 46 years, I know full-well how uncertain my future is. But I’m also a firm believer that you can turn any adversity into a positive with the right mindset.”

I feel as if I’m grieving for the person I was before I was diagnosed. I had to give up my job and that was a massive blow and the loss of independence is very hard. Having once graduated with a Master’s Degree in advanced nursing practice, I now struggle to understand simple things and I get confused easily.

“I’m disgusted that historically just 1% of the national spend on cancer research has been allocated to brain tumours and I hope that by sharing my story I raise awareness.”

My husband Brian has been very supportive and though we have no children, I have several four-legged babies. We have four dogs and a donkey and I adore being in their company, in our garden in the Herefordshire countryside. 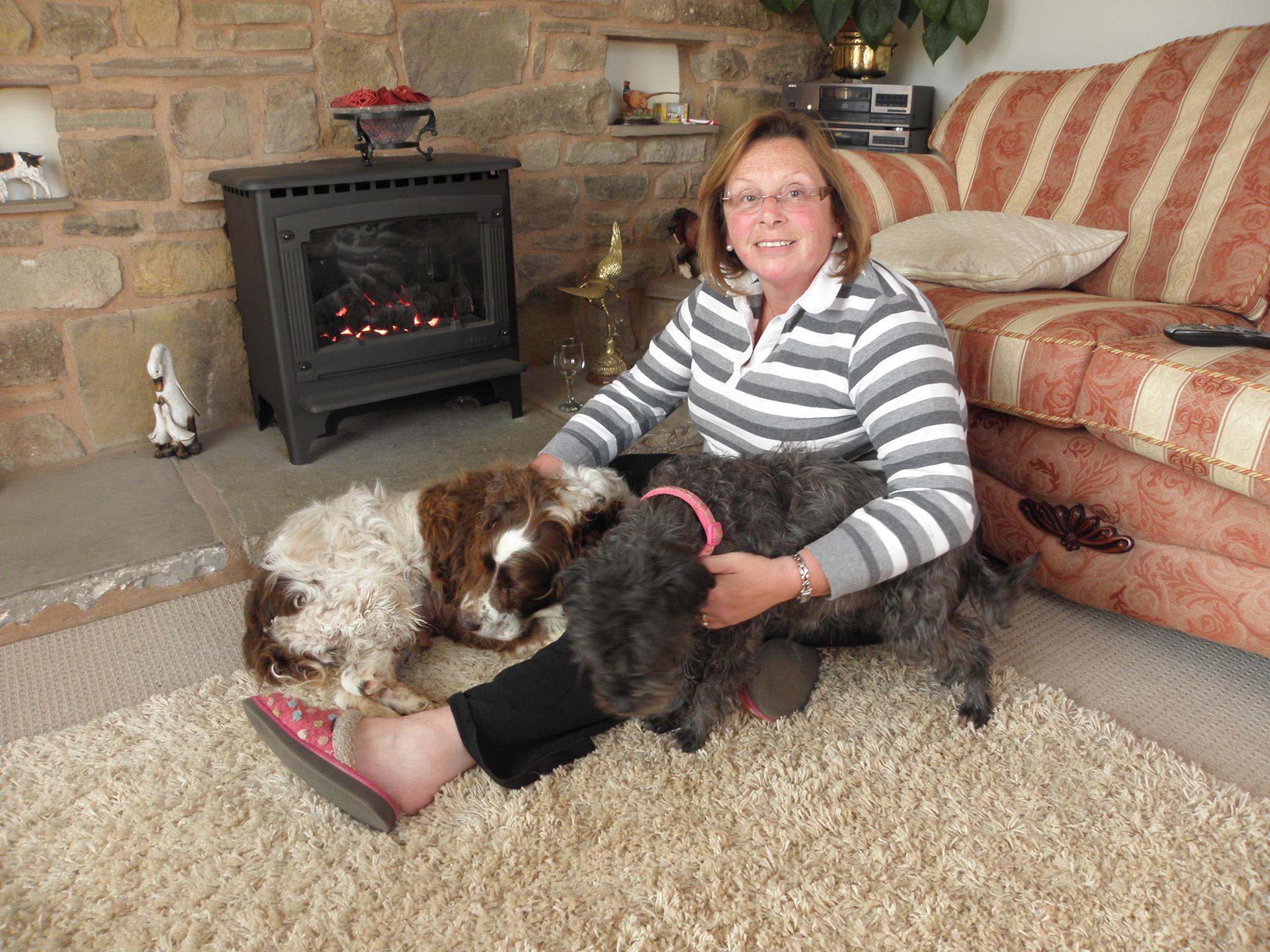 My diagnosis came in May 2018, though I had suffered with debilitating symptoms for some time. It all began in December 2017, when I experienced funny turns, which I suspected were transient ischaemic attacks (TIAs). During these episodes, I’d have pins and needles in my mouth and felt very faint. The GP didn’t think they were any cause for concern and told me to keep an eye on myself.

“I now know these episodes were focal seizures caused by my brain tumour, but it took a long time to get to this conclusion.”

After suffering from a particularly bad focal seizure, I saw a different GP in Bromyard, Herefordshire, and demanded that I had a CT scan. I suspected things might be more serious than initially thought.

The scan took place at Hereford County Hospital and I was astounded at how the results were given to me, while I was by myself, by the duty consultant. He said there was a swelling on my brain and I would be referred to the neuro-oncology ward at the Queen Elizabeth Hospital in Birmingham. Because of my role as an advanced nurse practitioner, I knew exactly what the swelling could be and I was terrified.

“I was diagnosed with a grade 4 GBM three days after being admitted to the Queen Elizabeth Hospital. It was very large and occupying a huge space in my right brain. I was absolutely devastated and it was even worse telling Brian the news. He fell to pieces.”

Brian and I have been petrolheads all of our lives, so having to surrender my driving licence was very tough. We met in 1986, while we were both racing drivers who toured the UK in a Ford Escort Mrk2 rally championship and have shared a passion for cars ever since. My Audi A5 convertible is my pride and joy and I saved up for a long time to buy it, but now it just sits on my drive. I live in a small village and feel very isolated not being able to get out and about very easily

I had a debulking operation a few weeks after my diagnosis, on 26 May 2018, which removed 80% of my tumour. Sadly, my tumour is diffuse and has spread into tiny nooks and crannies in my brain, making it impossible to be fully removed by surgery. I suffered dreadful complications from the operation including a brain haemorrhage which left me fighting for my life.

The doctors didn’t think I would survive 48 hours and I was taken to St Michael’s Hospice in Hereford. Somehow, the nurses managed to get me back on my feet again and fortunately I am still alive today. For several weeks, however, I suffered from left-side weakness and dreadful balance.

I’m currently on my fifth round of chemotherapy and have one more round to go. After that, I will have an MRI scan to see if there is any regrowth of my tumour. I’m at a bit of a crossroads as whether to have radiotherapy, as I’ve been warned that it could potentially leave me blind. But I want to do everything I can to try and stay alive as long as possible. I’m guided by my oncologist but ultimately the decision is mine and I have to take all the risks into account.

“I’ve been overwhelmed by the support I have received from my friends and family members since my diagnosis and I had a wonderful time inviting them to my silver wedding anniversary in May. I hosted a pig roast as part of the Brain Tumour Research charity’s Do Lunch campaign and raised £300 for this vital cause.”

I would particularly like to thank my former work colleagues at Hereford County Hospital who often visited me while I was an in-patient. They have been a huge comfort during a horrendous time and I feel lucky to have them in my life. 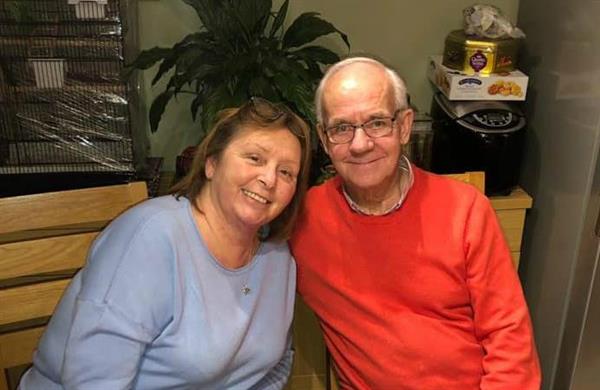