After being diagnosed with a rare astroblastoma, Lizzi Snaith’s life has never quite been the same. It was 2008 and she had just given birth to her daughter. Since then, Lizzi has been on a rollercoaster journey, undergoing four operations, two courses of chemotherapy, radiotherapy and Gamma Knife treatment – all whilst being a mum. Looking ahead, all Lizzi wants is some respite from the disease and for her daughter to not have to worry about her mum anymore.

I’ve been living with a brain tumour for 10 years now and in that space of time I’ve been operated on four times, undergone gamma knife treatment and radiotherapy and been treated with chemotherapy twice.

"The most shocking part of my story is probably that I was eight months pregnant when my symptoms first appeared."

I would suffer from excruciating migraines but they would disappear after a good night’s sleep. I put it down to sleep deprivation and even after I gave birth and the migraines would make me sick, I still didn’t think much of it. However, in October 2008, just months after my husband Jim and I welcomed our beautiful daughter, Katie, I was in hospital to have a brain tumour removed. I’ve had so many operations now that I forget what a pivotal moment that was. Apart from memory loss, there were no side effects from the operation and since then I haven’t suffered any migraines or other symptoms.

I suppose the emotional impact has been the hardest to bear over the years. Jim, my mum and I are all quite stoic people and we’re in a cycle of trying not to upset each other and therefore not showing how we really feel. So, I can’t tell you how my family reacted to my diagnosis – we all just put on a brave face and did what we had to do.

"A decade on however, we’re realising that we can’t bottle everything up all the time, and seeing how this is rubbing off on Katie has led me to try counselling."

We told Katie about my brain tumour in February 2014 when she was five. She is a bright girl and not much gets past her, so when Jim and I were in Sheffield for my gamma knife treatment, she didn’t believe that we had just been ‘away for the weekend’. She rang and wanted to speak to me but Jim said I was in the bathroom and couldn’t come to the phone. In reality I had a metal frame around my head and there was no way of getting the phone near enough. When we returned, she noticed I had marks all over and she wouldn’t believe our excuses. Katie was mortified when we told her; despite her young age, she knew that the words ‘brain tumour’ weren’t positive. Like her mum, dad and nana, Katie would put on a brave face but every time I had a hospital appointment, she would want to come with us. 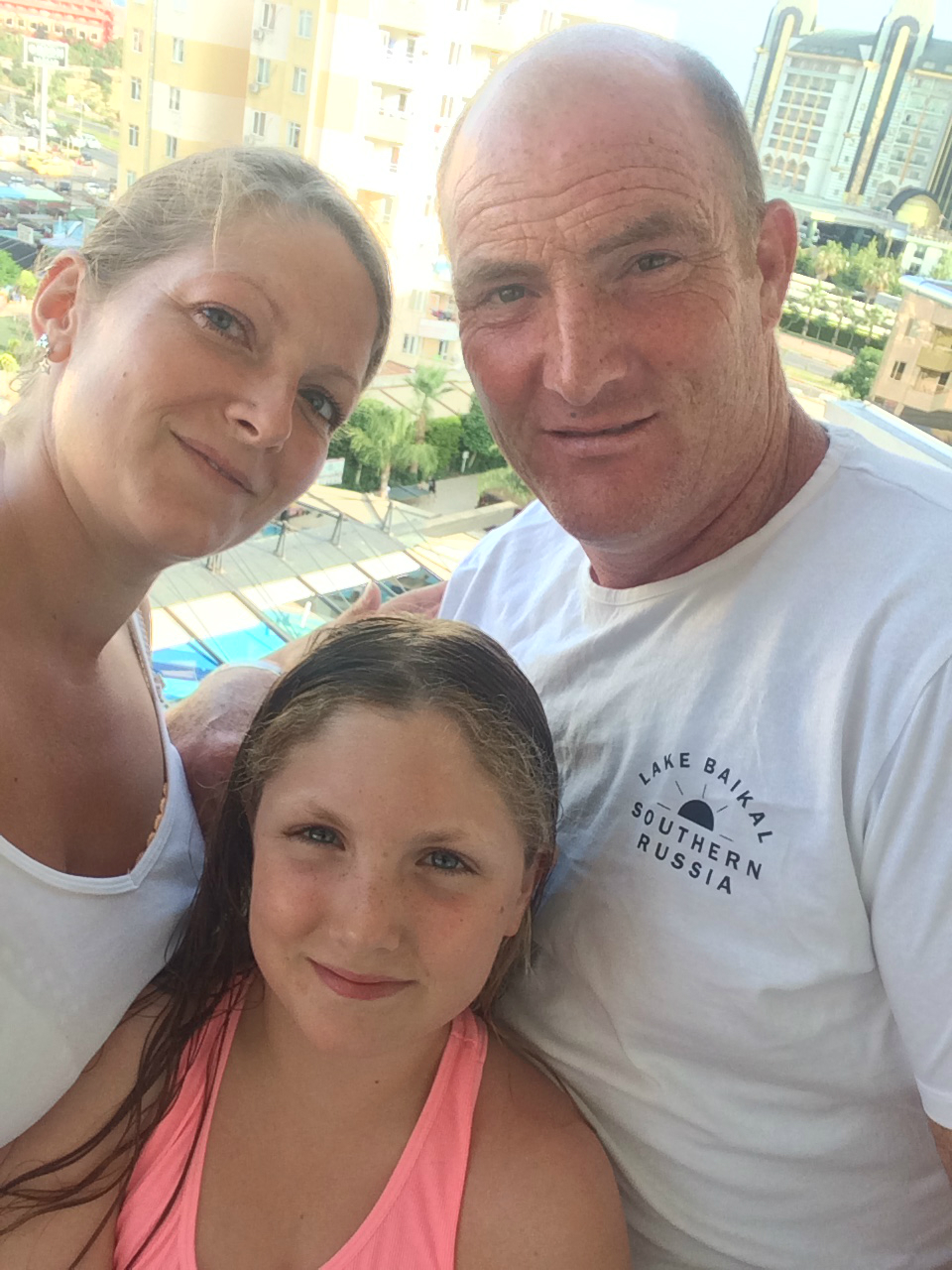 Recently, there was an issue at school when one of the older kids told Katie that her mum had cancer and was going to die soon. Katie remained tight-lipped and wouldn’t tell us what happened. Not long after, we argued, as mothers and daughters do and, as I was in the midst of chemotherapy, I told Katie I didn’t have the energy to tell her off. She said: ‘I don’t like it when you’re on treatment because I feel like it’s all my fault that you have a brain tumour.’

"All this time, she had been blaming herself for me being ill and it was heart-breaking. I explained to her that she shouldn’t ever feel guilty, and that my diagnosis wasn’t a result of me being pregnant but just a horrible coincidence."

It was equally upsetting to explain to her that brain tumours are indiscriminate, no-one knows what causes them and there are no answers. Jim and I are encouraging her to try counselling and hopefully now that I’m going, she will be more open to the idea. 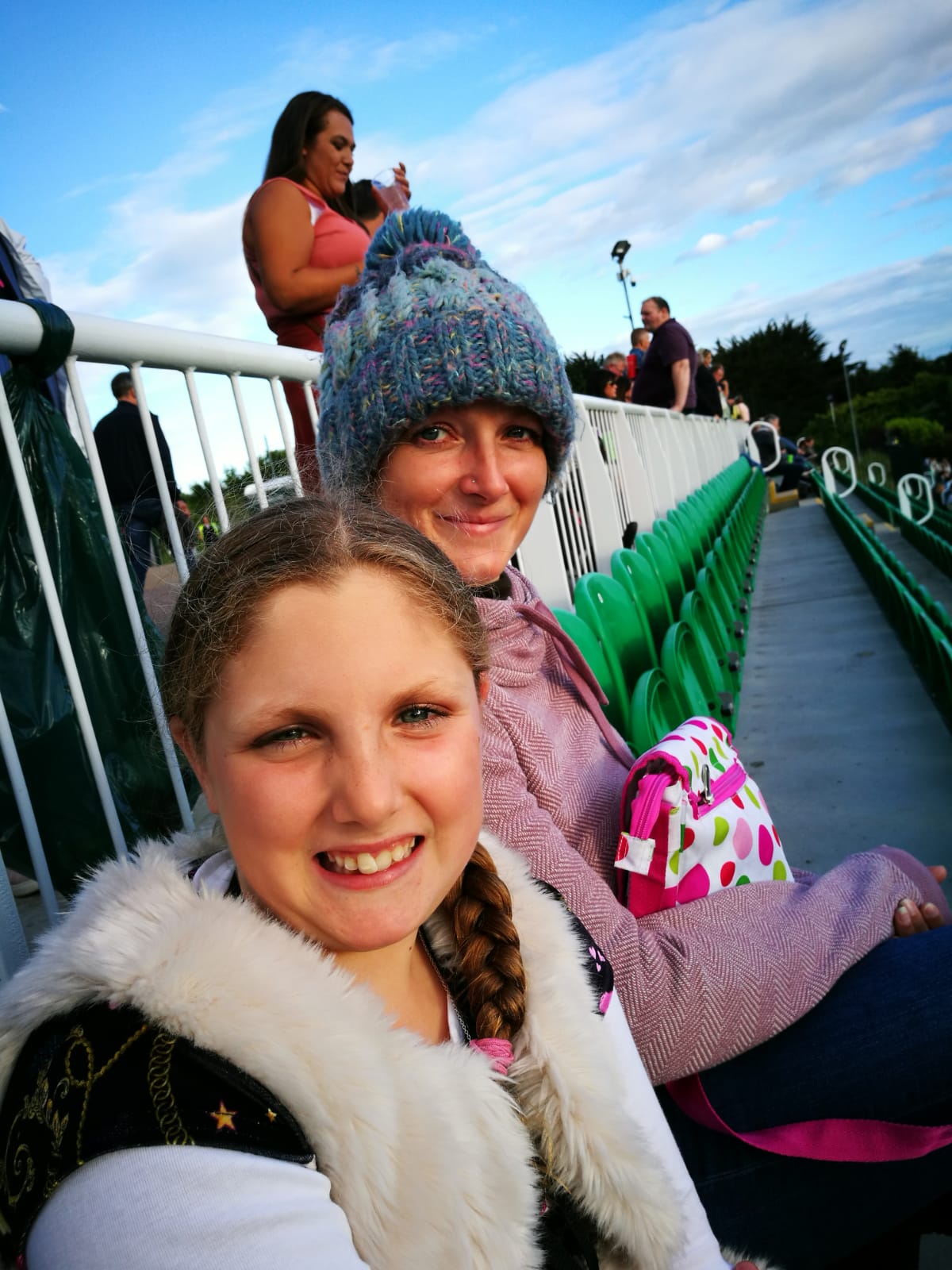 Over the years, my tumour has returned six times and I’ve had four operations. After the first operation, I thought that if there was no growth after a year, then I would get the all-clear. However, when it returned in December 2010 and I found myself in theatre again on New Year’s Eve, I learned the harsh lesson that the tumour will never be gone forever.

"It will always grow back and I will never get a break. The disease is incurable and I just have to keep going through the motions and living from scan to scan."

When the cancer returned in June 2018, surgery was no longer an option as the tumour has now wrapped itself around a major blood vessel. The oncologist said as I’m fit and healthy, maybe I should wait till the tumour grows some more before starting chemotherapy again. I chatted this through with Jim and my mum, and we decided it would be best for Katie to know that I’m ill just because of treatment, rather than because I’ve deteriorated.

I laughed nervously when the GP told me all those years ago that I had a brain tumour. I’d gone to the practice on my own for my CT scan results, thinking that nothing serious would be wrong because surely it would be the hospital contacting me with bad news and not my doctor? Life was a whirlwind from that moment and everything moved so quickly that the news still hadn’t sunk in a few weeks later when I was about to go into surgery.

"I avoided researching the disease because I would have ended up scaring myself; even when I was diagnosed with a rare astroblastoma, I didn’t want to read up on what this meant for me. We just tried to carry on as normal."

Through the years I have managed to keep working as an insolvency cashier; even though my memory was affected after the first operation, I fortunately remembered how to do my job. However, not being able to drive has meant I can’t work full-time anymore as I live in a remote part of Whitby and have to rely on lifts from Jim. In October 2014, I was made redundant but fortunately it coincided with yet another operation. Over the last few years I have just been bookkeeping for a few hours each week.

The chemotherapy I’m on now isn’t too draining; I am very tired and cold a lot of the time but it’s bearable. Each cycle is 10 days of treatment and 32 days off, and I’ve had three cycles so far. My next scan will determine how many more cycles I have to go through and what the next steps will be. The last time I was on chemotherapy, my platelet count dropped too low and they had to stop treatment. It was July 2011 and I was kept in hospital for a few days and ended up missing my 30th birthday – so, if anyone asks, I’m still 29!

In 2019, I’m hoping to run the Great North Run for the Brain Tumour Research charity. I was due to run in 2018 but had to pull out when the tumour returned.

"After living with a brain tumour for 10 years and not seeing any advancements in treatment, it saddens me that, historically, only 1% of the national spend on cancer research has been allocated to this devastating disease."

I hope I’m well enough to run and raise much needed funds, and I hope by the time Katie is my age, there will be a cure. 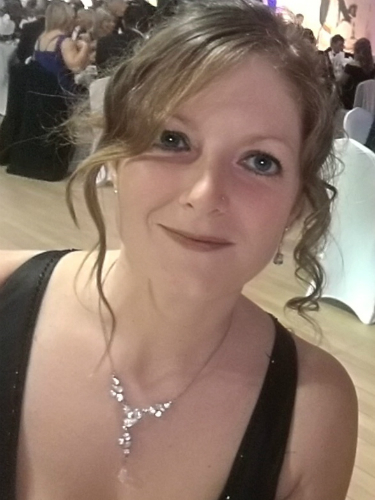