At the age of 41, Lisa Thomas, from Alton in Hampshire, was given the devastating news her dizzy spells and headaches were the result of a brain tumour. In July 2017, Lisa underwent brain surgery at Southampton General Hospital and was dealt a further blow when she was told the tumour was a glioblastoma multiforme (GBM). Lisa is now in the minority (just 5%) of patients who live more than five years after being diagnosed with this aggressive type of brain tumour. Lisa wants to share her story to help others who may be dealing with their own difficult diagnosis.

At the time my symptoms started, I was working as an air traffic controller, which I had been doing for 15 years until I had to medically retire due to my diagnosis. Giving it up was devastating, as I loved my job.

It started in October 2016 when I began to experience dizzy spells, and when one of them led to me passing out at work, and a colleague helped me, I booked an appointment with the GP, who wasn’t concerned, as it was an isolated incident.

My dizzy spells continued for a few months, and in January 2017 I passed out again. Doctors investigated a potential link to cardiac problems, but I was given the all clear and over the next few months my dizziness came to an end.

I went four months without any symptoms but in May the same year, I felt constantly tired and I had excruciating headaches. After several trips back and forth to the GP, I was given different antibiotics to try, as they thought I may have sinusitis.

It got to the stage where I felt as though they didn’t know what to do with the symptoms that I was presenting with and I wasn’t getting anywhere. It came to a head at the end of May, when I woke up feeling like someone was hitting on me over the head with a hammer. I was in agony. I called for an ambulance and was taken to A&E at Royal Hampshire County Hospital in Winchester, where I felt like I wasn’t being taken seriously. Doctors told me to take antibiotics. I found staff to be dismissive of the level of pain I was experiencing. The junior doctor eventually told me it was ‘nothing to worry about’ and to go home, rest and watch Netflix to help me relax.

My GP referred me to the ear nose and throat (ENT) clinic which would mean being seen in three months’ time but I couldn’t wait. I needed to know what was going on with me now, and I paid for a scan at Nuffield Health Wessex Hospital in Eastleigh, which I had at the end of June. I wanted to rule out a brain tumour from the list of potential health problems I thought it could be and I was hoping it was a blocked sinus.

“The scan confirmed my worst-case scenario was true and I was told there was a tumour growing on my brain. I was very scared.” 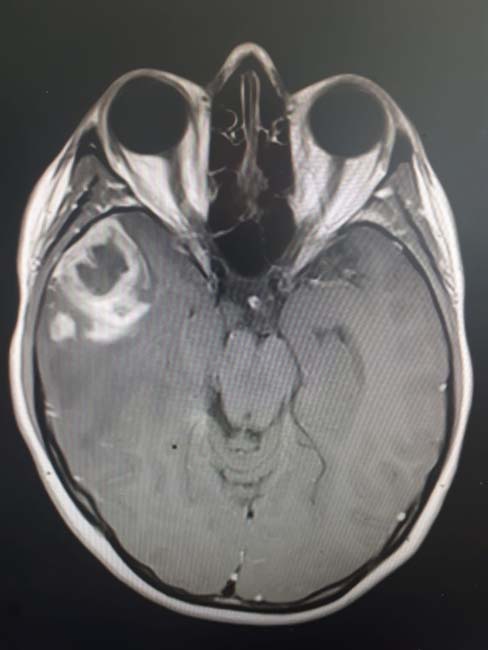 I started on steroids which helped to ease my headaches almost immediately and I met with a neurosurgeon at Southampton General Hospital, who explained the tumour was high-grade and that I’d need brain surgery.

It felt like a relief that they could operate and the tumour was accessible.

A week and a half later, on 17 July, surgeons removed the whole tumour and were pleased with how well the procedure had gone.

Before the operation I had to sign a consent form to have Gliadel wafers containing the chemotherapy drug Carmustine placed over the area where the tumour was removed. Over the next four weeks, these wafers would dissolve and ‘drip’ chemotherapy treatment to the area to help eliminate any cells that may have been left by the tumour. I would have agreed to anything at this point. As soon as the wafers dissolved, I started radiotherapy and chemotherapy treatment. 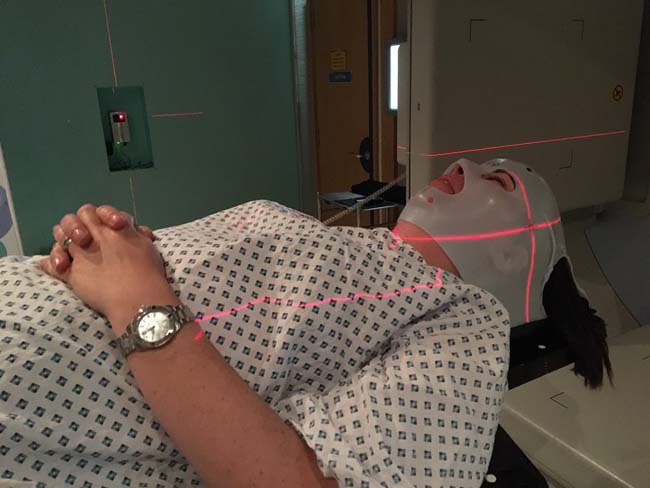 I was told the tumour was a glioblastoma multiforme (GBM) and I remember looking it up online and finding out the awful prognosis it carries with it: 12-18 months. Just 5% of patients survive more than five years – that was hard to read.

My mum and dad sold their home in Scotland and moved to Hampshire to support me, my husband Miles and our two children Jake and Daniel, who were just six and four at the time. We didn’t know what was going to happen and having family around was a huge help; we’re all very close.

At first, I couldn’t look at the boys without crying, imagining them growing up without me being around. We felt they were too young to be told about my diagnosis and wanted them to live a worry-free childhood. They know there is something wrong with my head, but that’s all. 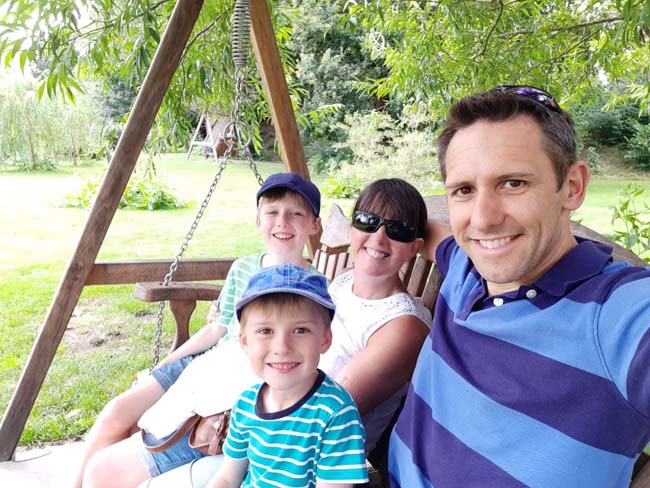 After my treatment I had three-monthly scans which showed clear results and after two years of clear scans I applied to get my driving licence back, which was a great step towards regaining my independence. I’m now having six-monthly scans and my last one was clear.

“To look at me, you wouldn’t know there is anything wrong with me. I feel I now have more energy than before my diagnosis. I’ve been left with short-term memory loss which means I need to write a lot of things down.”

Whilst going through my treatment I found an online Facebook group of people sharing their experience of living with a brain tumour and I remember seeing a girl who was six years clear of her GBM diagnosis and that provided me with such hope. She’s now 11 years clear.

In the same group, I saw details of a paid medical treatment by Care Oncology Clinic in London and I’m part of a group of GBM patients who take re-purposed drugs to starve any cancer cells of nutrients, making it a hostile environment for them. Every three months I have a call with a consultant from the clinic and pay for the prescription of drugs. I think of this as a preventative measure and wonder if that’s helping to keep my scans clear.

I wanted to wait until I was five years clear to share my story, to help offer hope to at least one other person at a time when they may really need it. 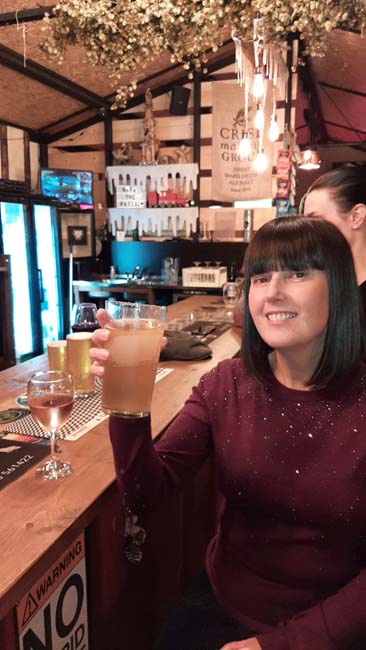