Lisa’s life was turned upside down when she was diagnosed with a brain tumour. Her tumour, a grade 1 ganglioglioma, was discovered when she was 32, though doctors suspected it had been growing since she was a child. Lisa, from Nuneaton, suffered complications from her surgery in 2004 and now 47, lives with a permanent shunt to drain the fluid in her brain. Alongside dealing with her illness, Lisa also had to come to terms with the loss of her mum and grandad, but is grateful for the support network around her.

Over the last 15 years, I’ve dealt with an awful lot: depression, bereavement and being diagnosed with a brain tumour. I had gone to university and studied law but my tumour, albeit low-grade, changed my life and threw my future plans into the air.

It’s been a long time since my diagnosis, but the pain of every hospital appointment and procedure is exacerbated by the fact that my mum is no longer by my side. She passed away suddenly in 2013. I don’t have any siblings and Mum often came with me to the appointments. Her loss is something I’m still coming to terms with. 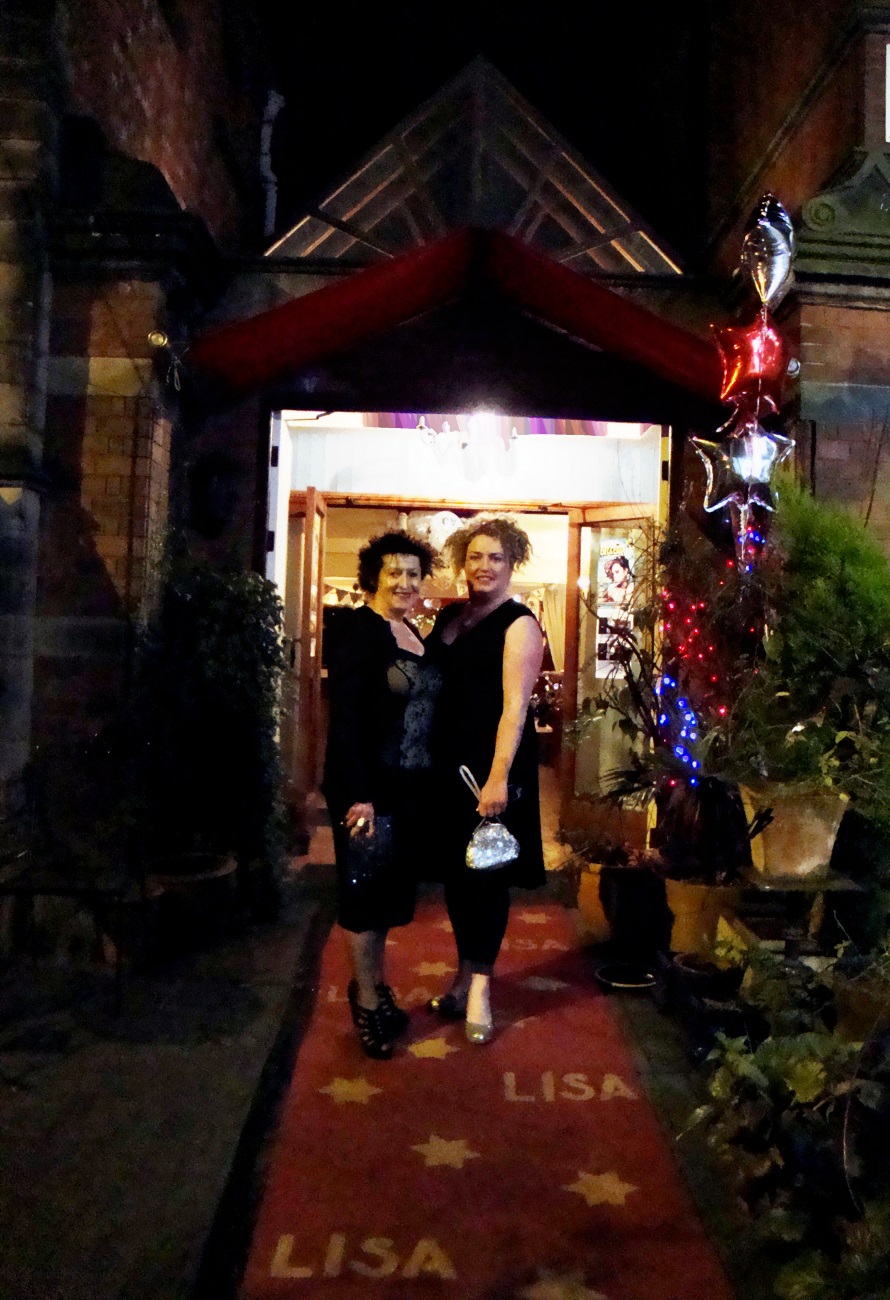 “I’ve faced numerous set-backs in my life, from family members who have passed away, to complications from my brain tumour treatment, but my neuropsychologist is always impressed at how I ‘bounce back’.”

The doctors believe my tumour had been growing since I was a child, but it took several years to get a diagnosis. Looking back, I’d suffered from terrible headaches while I was at university, which got worse over the years, and these were dismissed as stress.

When my symptoms began, life was tough. I was no longer able to work and was struggling with depression. Though I was vomiting often, walking into things and suffering from tremendous headaches, my friends and family members thought this was a consequence of my depression. The symptoms made what would have been a difficult time even worse, but I learned to pick myself up and carry on with life as best I could.

Things came to a head during a holiday to Italy with my mum, in the summer of 2004. My vision was blurry, I developed a tremor in my hand and slept for the majority of the holiday. I knew something was wrong and booked myself in for an eye test at Boots Opticians in Nuneaton upon my return.

“The eye test revealed swelling on my optic nerve. I was transferred to the George Eliot Hospital in Nuneaton for further assessments.”

My grandad was by my side as I went to hospital and he was a great comfort. I was told that there was pressure on my brain and I needed an urgent MRI. A couple of days later, I was admitted to University Hospital Coventry and Warwickshire (UHCW).

I instantly knew things were seriously wrong and my fears were confirmed. I was given the heart-breaking news that I was living with a large brain tumour. It was growing towards my brainstem and I needed emergency surgery to save my life. Despite the awful news, I was naïve to the journey that lay ahead, but remained positive. 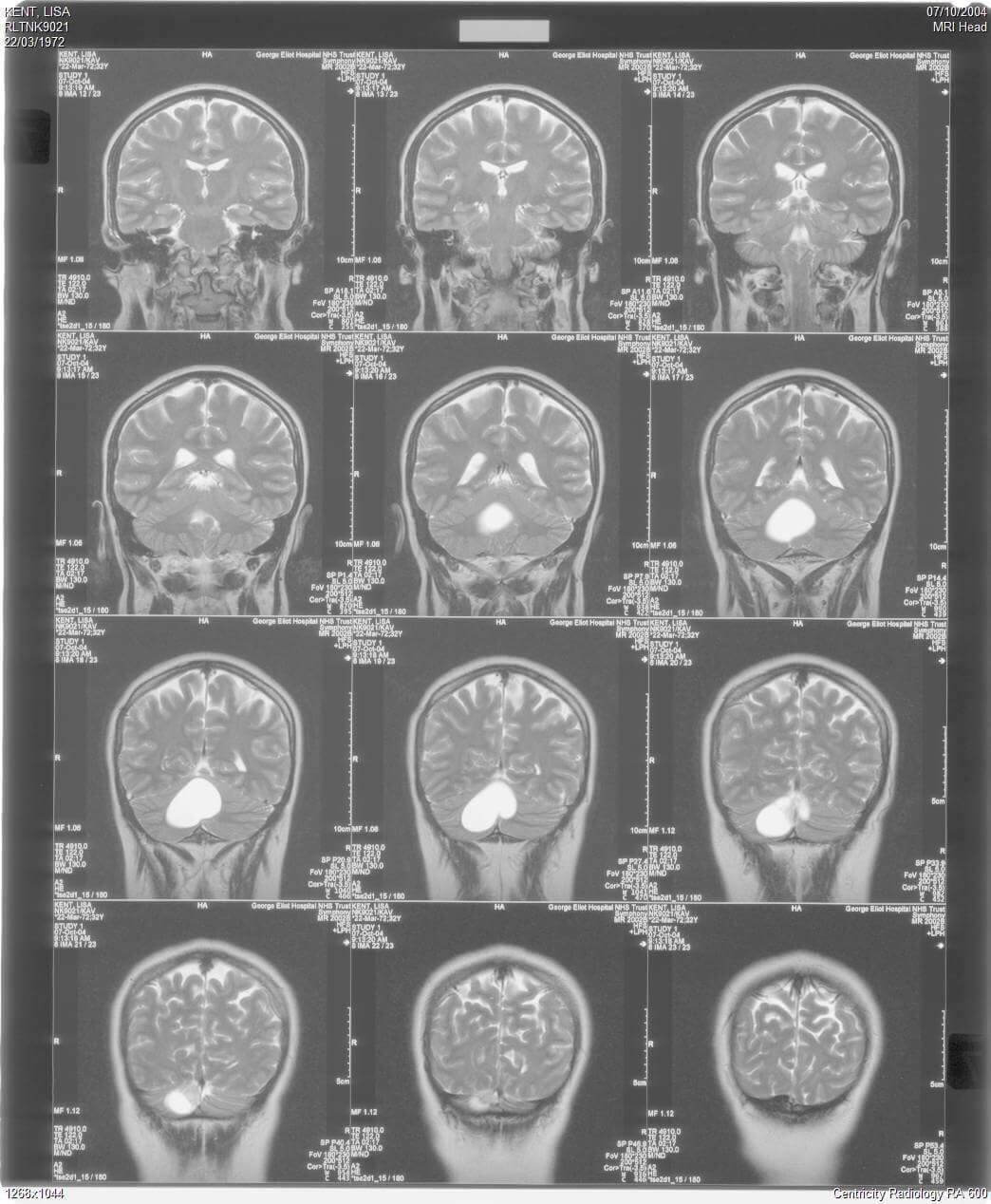 “There was a risk of a stroke and even death during surgery but I didn’t think too much about the risks. I just wanted the tumour out.”

While the operation was effective in removing my tumour, which was confirmed as a grade 1 ganglioglioma, I developed an infection and hydrocephalus – a build-up of fluid on the brain – which left me in hospital for three months. I was fitted with a lumbar peritoneal (LP) shunt which caused me no end of problems over the years. Removing it would be too risky and I have to have regular appointments to monitor the pressure in my head. 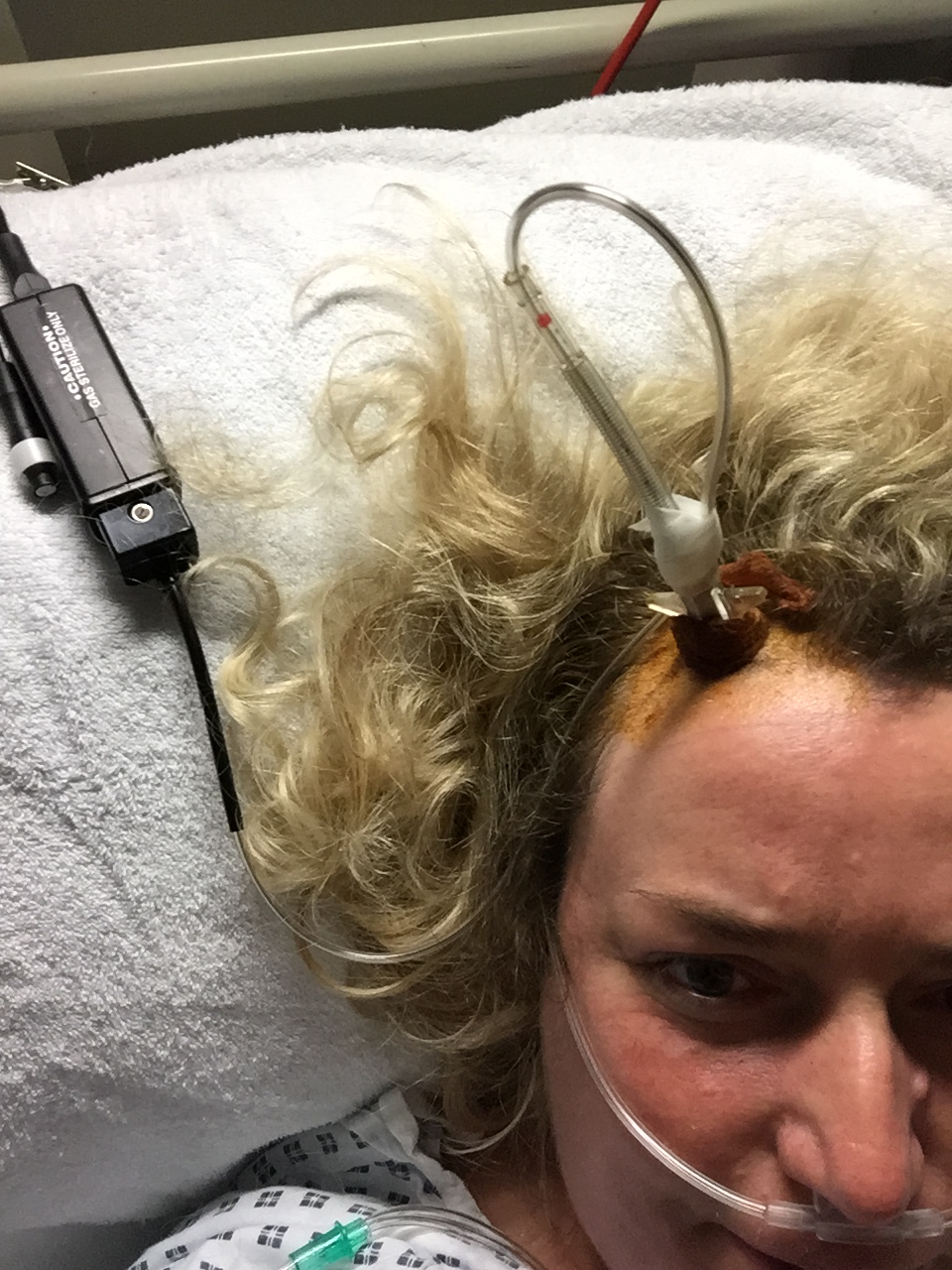 Even 15 years on from surgery, I still suffer from debilitating symptoms. The temperamental shunt causes headaches and sickness. There are times when I’m sick every morning and I’m also extremely sensitive to foods and smells. There is a large, fluid-filled cavity in my brain from where my tumour used to be and I can sometimes hear fluid ‘whooshing’ around. The noises are unsettling and affect my hearing. I also experience low moods and cognitively, have permanent concentration issues because of the damage to my brain.

A few years ago, I developed a urological disorder affecting the transmission of signals from my brain to my bladder. As a result of this I have to self-catheterise and attend regular appointments at University College Hospital (UCLH) in London. The doctors aren’t sure whether or not this has been caused by my tumour.

“ Because of the symptoms I experience on a daily basis, I am no longer able to work. I am grateful for the support network around me, including my friends and the consultants who help me get by. My neuropsychologist Louise Price, neurosurgeon Rahim Hussain, both at UHCW, and consultant at UCLH Rizwan Hamid, have been a wonderful support.”

It was a devastating blow to lose my mum and I will never forget finding her after she had died. My hospital appointments and procedures have been tough without her. I lost my grandad not long after Mum died and I miss talking to him every day. We were really close and I have such fond childhood memories spent with him. 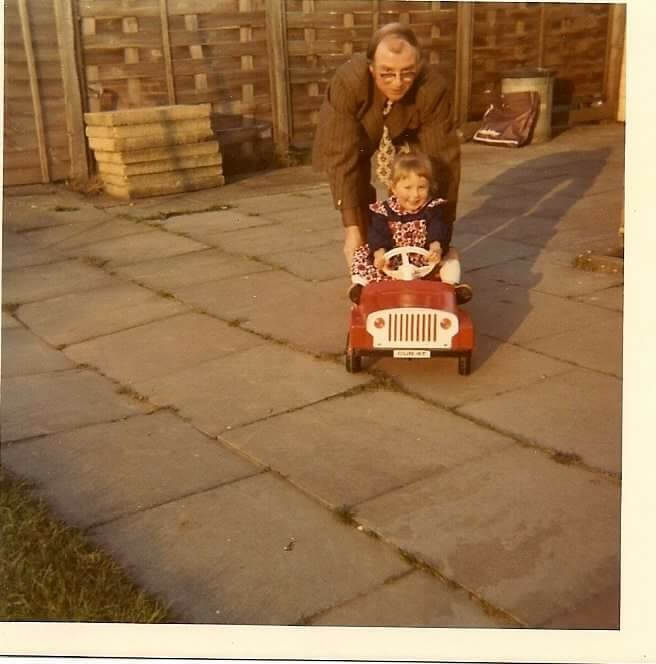 People often tell me that I’m strong but I have no option not to be. My symptoms will affect me for the rest of my life but I don’t want anyone to judge me or treat me differently. I make an effort with my appearance because I don’t want to be labelled with a disability. In truth, I live in constant pain and suffer from frequent headaches, infections and insomnia. It’s not easy as I also continue to suffer with cognitive problems including very poor concentration.

“My illness is invisible and many people wouldn’t know what I go through on a daily basis.”

Despite everything, I try to focus on the positives. I’m grateful that, unlike other patients, my brain tumour hasn’t robbed me of my mobility or speech, and I don’t suffer from epilepsy. Though it’s been a tough journey, I’m blessed to be supported by a great network of friends and medical staff who help me to manage my symptoms. 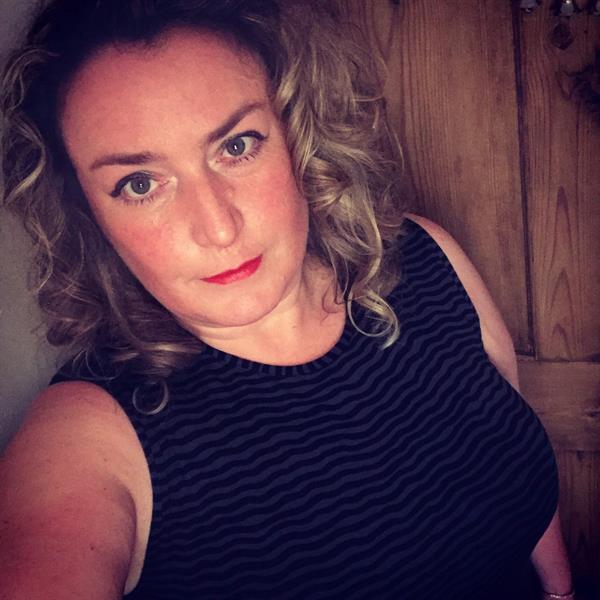