Laura Peggs, a former Teesside resident who moved to Bedford in 1997, was diagnosed with an ependymoma in 1988, at the age of 10. Her problems with coordination, balance and development were overlooked initially due to her mother’s ill health and it was not until 10 months after her mum died that Laura was taken to see a doctor and referred for a CT scan. She had a shunt fitted to treat hydrocephalus and underwent a craniotomy a week later, followed by radiotherapy. She was left with multiple life-changing conditions as a result of her ordeal, including hearing, sight and mobility deficiencies. Despite being housebound until recently and requiring the use of a four-wheeled walker, the 43-year-old is now preparing to take part in an adapted 10,000 Steps a Day in February Challenge, which will see her complete it over two months.

My life sounds a bit like a country and western song, particularly my youth. I am an only child and my mum, Susan, died when I was nine years old. The symptoms of my brain tumour were overlooked initially because of her ill health and it wasn’t until 10 months after she died that my dad, Roy, finally took me to the doctor. I’d been having problems with coordination, my balance was really bad and I wasn’t really developing as I should have but for a while he thought I was playing up because of losing Mum.

“The doctor looked behind my eyes and said there was something pressing on my brain and that I needed to go to the hospital.”

It was 1988 and we were in Teesside at the time, which is where I was born, so we went to the North Teesside Hospital, which transferred me to the Middlesbrough General Hospital for a CT scan. As well as a brain tumour, they found I had hydrocephalus and rushed me into surgery the next day to have a shunt fitted to release a build-up of cerebrospinal fluid (CSF).

About a week later I had another operation, lasting about seven-and-a-half hours, to extract the ependymoma, which is when I lost the sight in my right eye and was left profoundly deaf in my right ear and moderately deaf in my left one. I had radiotherapy treatment after that and, thankfully, it’s been pretty steady ever since. I did have to endure many months of physiotherapy as I relearned how to walk and write after being left with hemiplegia down my right-hand-side. It was a tough couple of years and I never got full use back. I have very little sensation in my right foot because I have little communication between it and my brain, but no one’s certain whether that’s to do with my brain tumour or the cervical syrinx I have in my neck, which is a pocket of air that presses on my spinal cord. Obviously, brain tumours have got a very poor survival rate so I was very lucky to survive but I think the most frustrating thing about them is because it’s your brain and your brain affects all your body, if you survive the tumour you can be left with all sorts of disabilities. 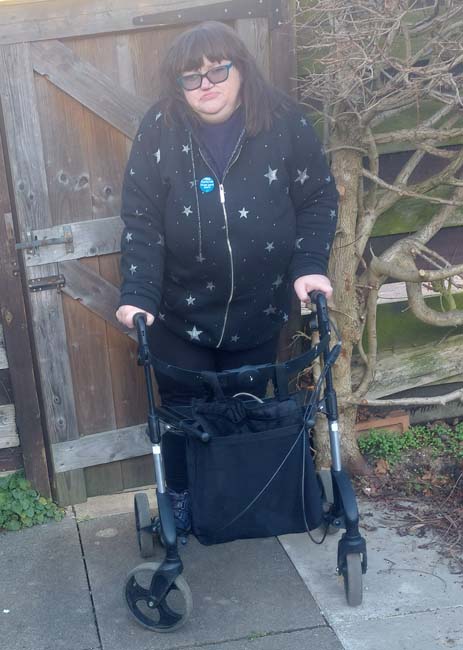 “I continue to suffer with poor balance, for which I use a four-wheeled walker, as well as frequent dizzy spells which I get several times daily for up to five minutes.”

I also suffer from chronic pain from the occipital nerves that were damaged when they fitted my shunt, which I manage with capsaicin patch treatment – I find one hour every 12 weeks very effective – and the use of a neuromodulation system which keeps the pain at an acceptable level most of the time, although I do still occasionally get flare ups if I fall over. 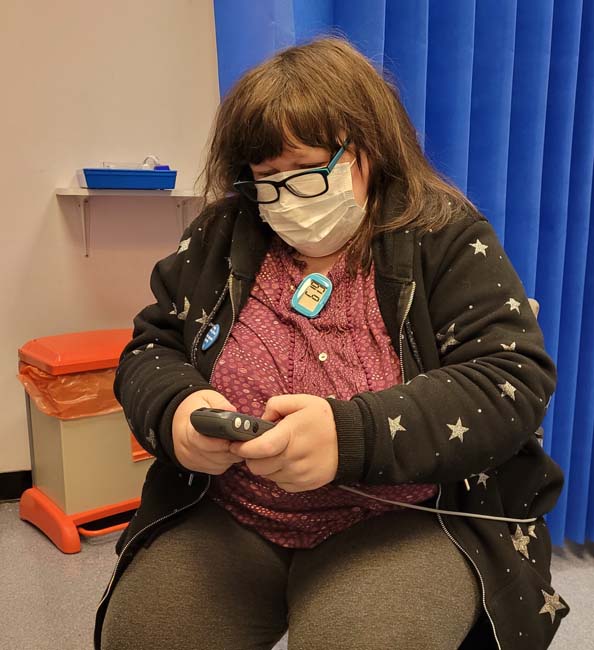 “I had my brain tumour 33 years ago but I still live with the impact of it every day.”

I also lost a friend to a brain tumour so Brain Tumour Research is a cause close to my heart. We went to the same primary school but she was in the year above me. I didn’t know her before I was diagnosed but obviously after I was, we had that connection. She had a fast-growing tumour and passed away when she was 16. I didn’t have many friends at school; my life was quite trying and I tended to keep to myself but I’ve always thought of her and felt guilty for surviving when she didn’t. She had a lovely family and I’m sure she would have had a great life if she’d been able to live it.

My father passed away when I was 20 but I’d moved to Bedford three years earlier to be near friends and hadn’t seen much of him. I worked on a restorative programme within the prison service before going to college to get my A-levels so that I could go to university. I had missed a lot of school because of what happened with my mum and even more after my tumour was diagnosed but I did go on to study cell and molecular biology at Anglia Ruskin University in Cambridge. I think my interest in science stemmed from my and my mum’s medical problems. I remember looking at Mum’s scans and being fascinated by what I saw and, even with my own CT, I think I was more intrigued than scared, which is what made me want to go to university.

“I moved into my bungalow in Putnoe in July 2021, which I absolutely love, but I was housebound for about 18 months before that.”

I was living in a house which had two steps leading to it and my balance deteriorated so much that I couldn’t get my four-wheeled walker in and out. I needed to go down the stairs to get out and back up them to get in and I lost the ability to do both. I became trapped in my house and my depression got very bad as I lost interest in trying to maintain any level of fitness or muscle tone and I put on weight. Moving’s been a really positive thing for me and now I just want to focus on getting fitter. I also love animals; I have four adorable pet rats and I’d really love a hearing dog in the future because I do get quite lonely and isolated, so getting fitter and going for regular walks will help with that. 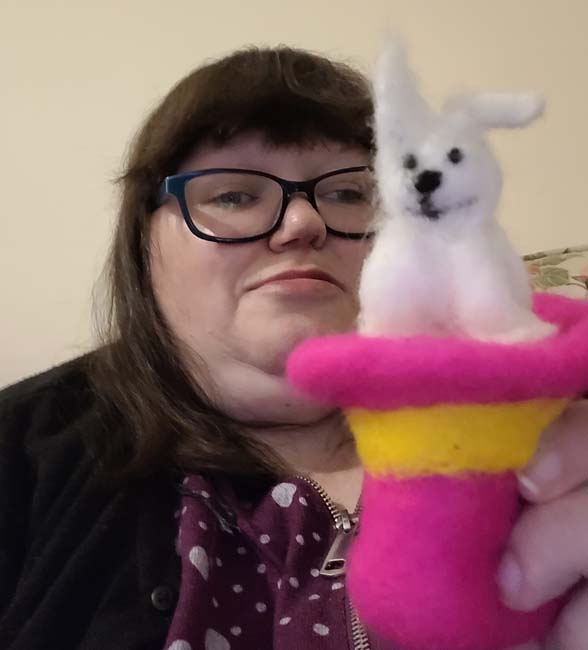 I can’t manage 10,000 steps a day but I decided to sign up to the charity’s 10,000 Steps a Day in February Challenge and adapt it by doing 5,000 steps a day for two months, which will still be a huge challenge for me but I’ll give it my best shot. I love charity work; I help run a charity called FLAG Bedford, which is a social group for people with physical, sensory and/or learning difficulties, so knowing that I needed an incentive to get in shape, when I saw the 10,000 steps challenge, I thought it would be a great opportunity to get fitter whilst supporting a charity I care a lot about. I think the work Brain Tumour Research does is amazing and really wish that brain tumours were better understood and better funded. I would like to raise the £274 needed to get a medal and then just as much as possible after that. I’m feeling quite nervous because I’m seriously out of shape but also quite excited about the prospect of improving my fitness.

“I just hope that my stubbornness and tenacity will help me to succeed.” 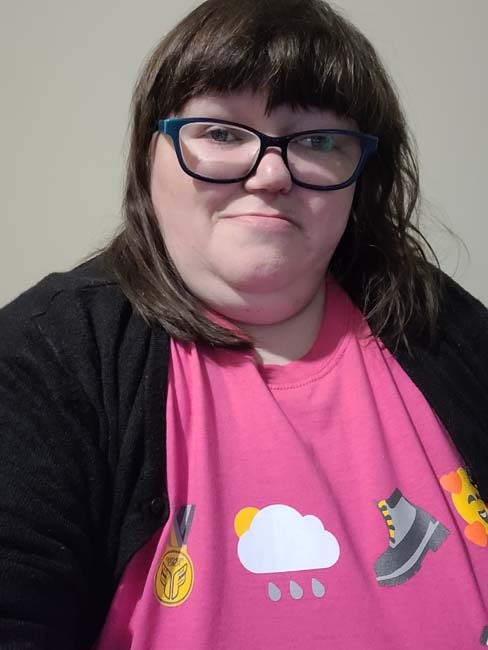