Kay Thomas’ life changed suddenly in September 2020, when she was diagnosed with a brain tumour. The 42-year-old from Grimsby suffered a seizure out of the blue, while she was spending the weekend away in a caravan with her partner and parents-in-law. She was taken to hospital, where she was later diagnosed with a tennis ball-sized meningioma. Having undergone gruelling surgery to remove the tumour, Kay is recovering well and is sharing her story to help raise awareness of the disease.

I had been experiencing the odd headache and migraine for a few months. They came and went and I didn’t think they were anything to trouble a doctor with. I had also been feeling more tired than normal and sometimes my face would seem sort of “wonky” when I woke up. I put it down to sleeping in a funny position or even having a hangover. I would often feel out of sorts in the morning but it wasn’t anything specific, that I thought needed medical attention. With hindsight, there were lots of clues but nothing that would have made me come to the conclusion that I had a brain tumour.

It was around 9.15am on Saturday 26 September, when all the little signs and symptoms I had been having finally began to make sense. My partner Paul and I were spending the weekend with Paul’s parents, Jill and Doug, at their caravan in Saltfleet. Ironically, we had gone away for a nice, relaxing break! I woke at around 8.50am and went to ask Jill and Doug if they wanted a cup of tea. As I wasn’t feeling too good, they kindly suggested I went back to bed and offered to bring me a hot drink instead. 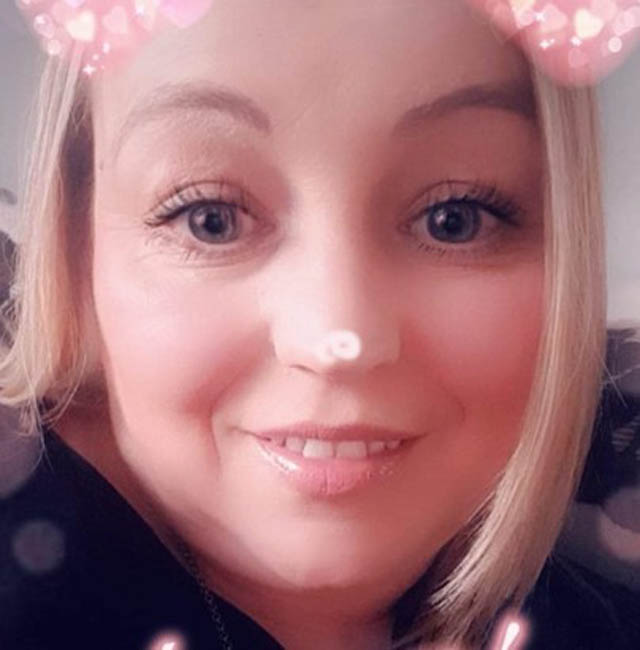 “The next thing I remember after that was feeling like my cheek had gone numb and then, I remember seeing two paramedics standing over my bed asking questions. I had suffered a 15-minute tonic clonic seizure.”

The ambulance workers were amazing; I felt in very safe hands as they transported me from the caravan site to the Princess Diana of Wales Hospital in Grimsby for further tests. I was given a CT Scan, which revealed a mass on my brain and I was told it would need further investigation. I was shocked and upset but I wasn’t really with it. The worst thing was that because of the COVID-19 restrictions, Paul wasn’t allowed to come in with me and I was on my own when I got the news. The doctors, nurses and porters in A&E were also fantastic and helped to put me at ease.

“I was blue-lighted to Hull Royal Infirmary Neurosurgery Department for an MRI Scan, which showed I had a convexity meningioma tumour the size of a tennis ball at the back of my brain, which would need to be removed with surgery.”

Due to the lack of theatre slots available, I was discharged and asked to come back a few days later for my operation. I went home to rest. I felt OK, having been given steroids and anti-epilepsy medication to manage my symptoms. I was readmitted to Hull Royal Infirmary on 8 October 2020. My brilliant neurosurgeon, Mr Chittoor Rajaraman, came to see me on the ward after his shift finished, to explain, from a surgical perspective, what was going to happen. 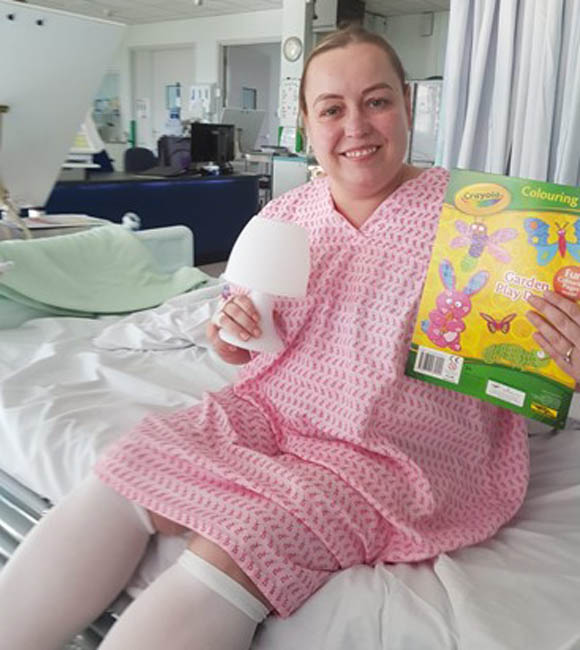 I was to have two operations; the first on Friday 9 October and the second three days later on Monday 12 October. The first operation, a cerebral angiography and glue embolization, took approximately 2.5 hours. It involved entering through my groin area with what was described to me as “glue on wires”. The wires were fed up through my body to cut off the blood supply to as much as the tumour as possible. The procedure went well and I didn’t feel too bad afterwards. I spent the weekend in Hull Royal in preparation for the "big" job and boy, was I frightened! Paul was allowed to visit for just one hour a day. 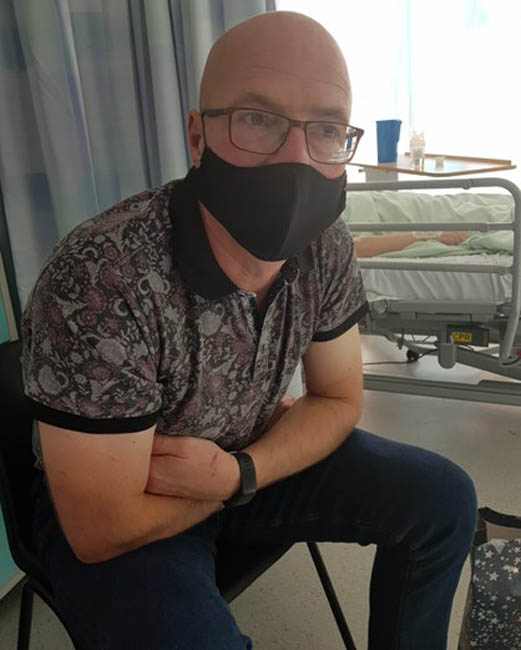 I felt lucky, as non-brain tumour patients on the ward weren’t allowed any visitors at all. When Paul wasn’t there, it was very lonely. It was a very busy ward and I found it hard to rest and get enough sleep. Having said that, the staff were brilliant; they looked after me so well and made me feel much less anxious about my pending operation. 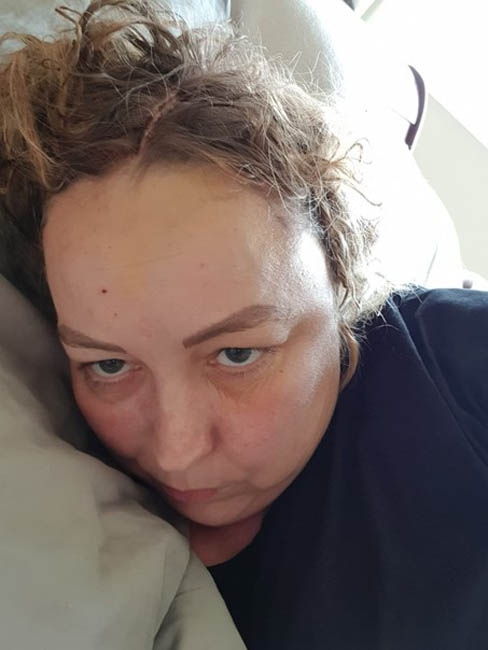 “On the day of my surgery, I went down for a shower and washed my hair. I knew I wasn’t going to be able to wash it properly for some time! I was hungry but I wasn’t allowed any food, as I was nil by mouth.”

I was the first patient in theatre that morning, going under the knife at 8.30am. The operation, a right-sided Brainlab-guided craniotomy and excision, lasted around 5.5 hours. I remember waking up in recovery, with 70 staples in my head, feeling remarkably well. I didn’t feel sick and I was able to get up and walk. I couldn’t believe how well I was. My speech was a little slower and more mumbled than usual but that was to be expected. Crucially, Mr Rajaraman was confident that he had managed to remove all of the tumour and that the operation had been a success. A sample from my tumour was sent away for further investigation, to determine its grade. Just two days later, on 14 October, I convinced the medical team that I was ready to be discharged. I was getting no peace whatsoever on the ward and felt like it was hindering my recovery. I just wanted to get home and rest. Luckily, my team agreed. 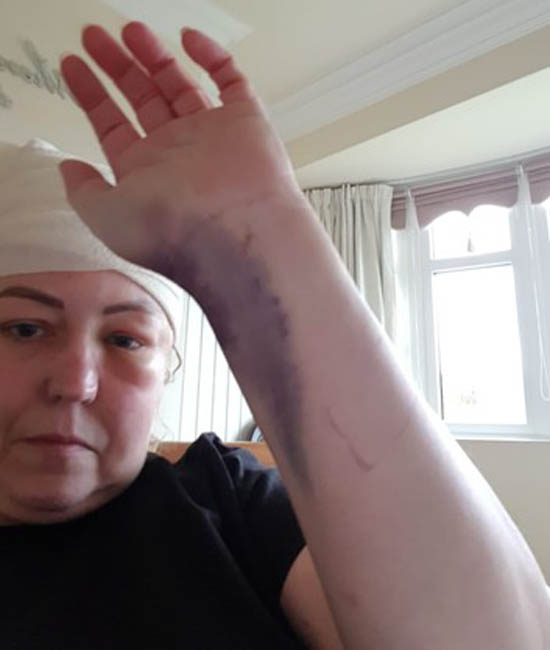 I was elated to receive a phone call on 28 October with the results from the histology, which confirmed the tumour was low-grade. It meant I wouldn’t require any further treatment. I am waiting to have my first post-operative MRI scan on 28 January, to check there is no tumour remaining.

“After that scan, which should hopefully show that things are stable, I will be able to breathe a huge sigh of relief.” 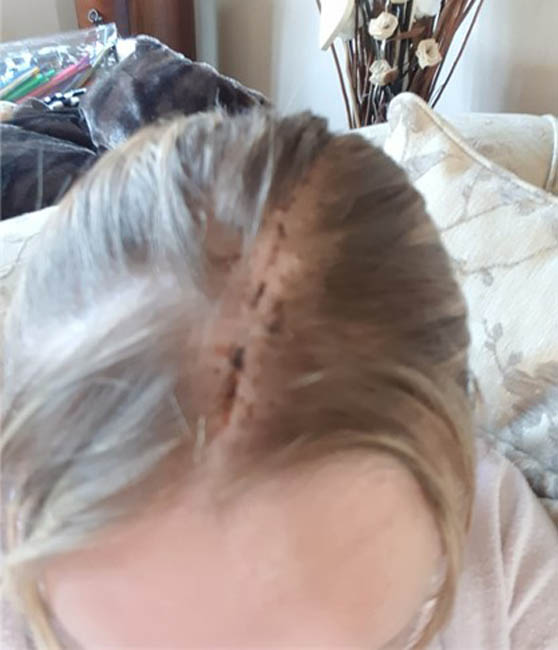 I went back to work on Monday 30 November. I work as a school transport escort for Paul’s business Wheelchair Accessible Transport (W.A.T) in Grimsby. I work two hours in the morning and two hours in the afternoon, so it is manageable. I feel so lucky that after such a major, risky operation, I have come out the other side able and am able to live a normal life without any serious after-effects or complications. I still get tired quite easily but my energy levels are improving each day and my consultant is happy with my progress.

“I have had to be very vigilant with the COVID-19 restrictions. As I was recovering from brain surgery, I was vulnerable and I was adamant that we didn’t have too many visitors, even when the restrictions lifted slightly.”

Paul would take me to my sisters’ houses so I could wave at them through the window, to reassure them that I was OK. 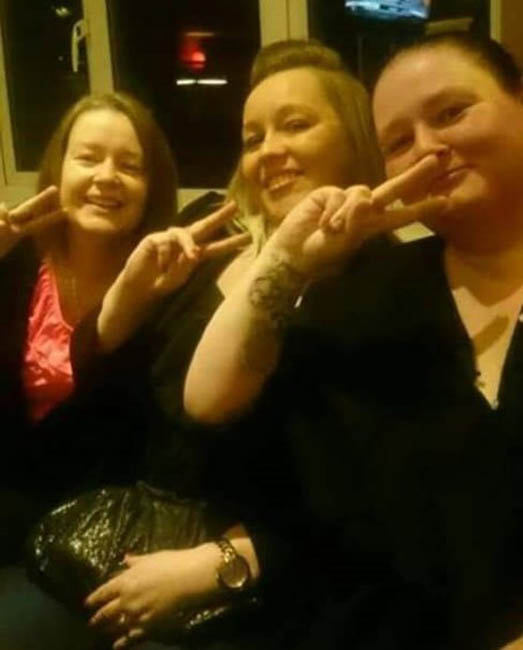 As I reflect on the last few months, I sometimes get upset thinking about what a shock my brain tumour diagnosis was and how different things could have been. I feel eternally grateful for the NHS care I received. I owe my life to them. Each and every staff member throughout my stay in hospital was brilliant. A special mention has to go to my surgeon Mr Rajarman, who was an absolute gentleman. 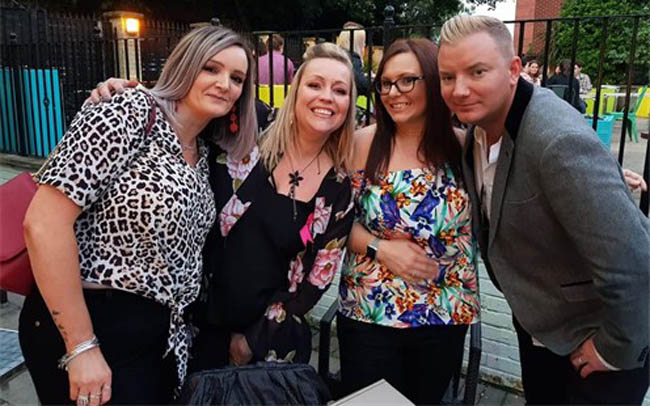 Earlier this month my niece Shelbie took part in Wear a Christmas Hat Day to raise money for Brain Tumour Research. I was so proud of her for paying tribute to me in this way. She’s raised more than £700 for the charity, which is just fantastic. Through my own diagnosis, I was shocked to discover that brain tumours kill more children and adults under the age of 40, yet historically just 1% of the national spend on cancer research has been allocated to this devastating disease. Christmas is going to look very different for lots of people this year, as much of the country is still subject to very tight coronavirus restrictions. I am determined, however, to draw a line under the last few months and to make the most of Christmas and enjoy every moment. 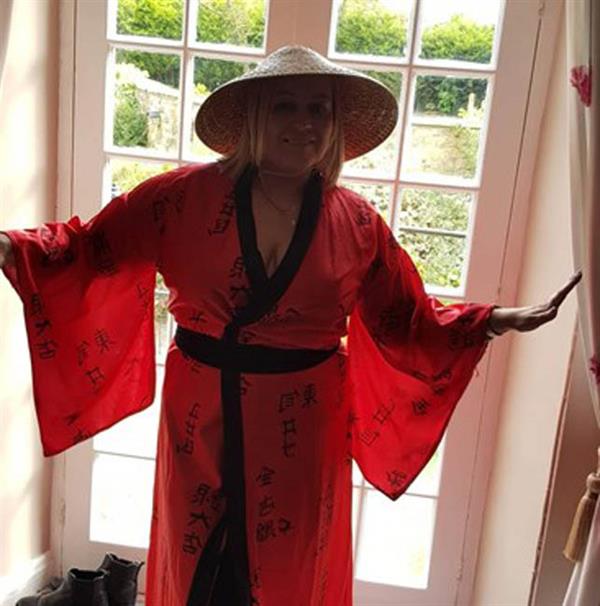