Julie Baker, 50, from Port Askaig on the Isle of Islay, was fit and very active in her community. The mum-of-three showed no signs of anything untoward, so when she had a seizure in November 2021, it came as a big shock. She was taken to hospital but was sent home after three days. Julie was not feeling right and went to see her GP who sent her to a different hospital for an MRI scan which revealed she had three meningioma brain tumours. In February 2022, Julie underwent surgery to have the largest tumour removed. Since then, she has suffered a number of infections, and she has also had temporary paralysis down her left-hand side.

I first realised something was wrong on 8 November 2021 when I suffered a seizure in the middle of the night. I’m fit and very active, and I didn’t have any symptoms or warning signs.

“My husband, Seamus, had a terrible fright and thought it was the end of the line for me. I’d been working that night and I had spoken to my mum on the phone, but I couldn’t remember anything.” 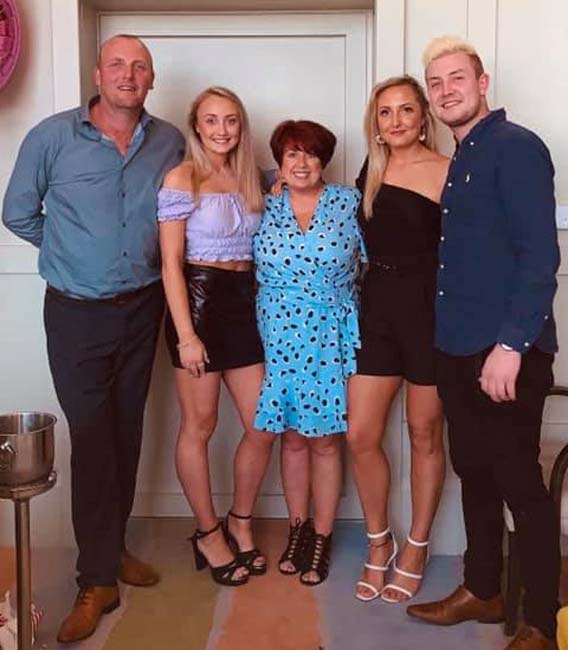 An ambulance took me to Islay Hospital. My blood pressure was through the roof and my whole body felt really sore after the seizure. The doctors were in contact with their colleagues at Queen Elizabeth University Hospital in Glasgow, but I was sent home after three days.

“I still didn’t feel right when I got home. I was really shaky, I was having memory lapses, and my speech was impaired. I just didn’t want to leave the house, which is totally out of character for me.”

I’m usually so active in the community – I’m a home carer with Argyll and Bute Council, I teach hairdressing at Islay High School / Argyll College, and I spend so much time watching my daughters Stacy and Sophie at Highland dancing events. 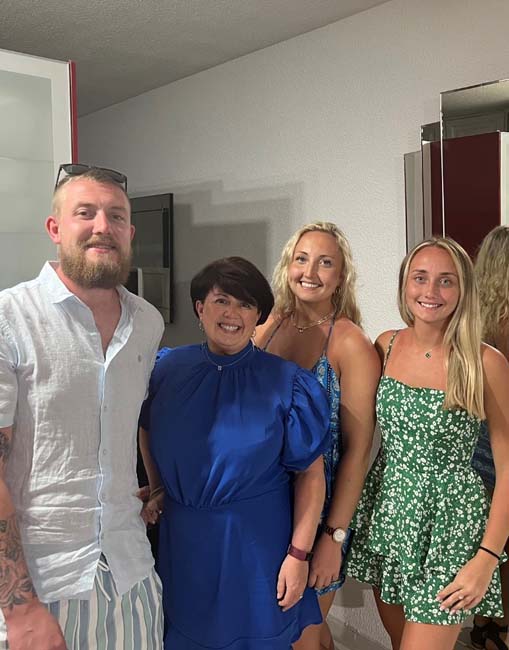 I was signed off from work and I had only been home for a week, but Stacy kept saying that I wasn’t right, and I needed to get a scan.

Not long after that, I was walking up the stairs at home, but I suddenly forgot how to do it. I just didn’t know what to do. After that, I called my mum for a chat but when I asked her how she was, she said that I had just called her five minutes earlier, but I had no recollection of that.

I went to see my GP to explain what had been happening, and I was eventually sent for an MRI scan at Lorn and Islands District General Hospital in Oban. 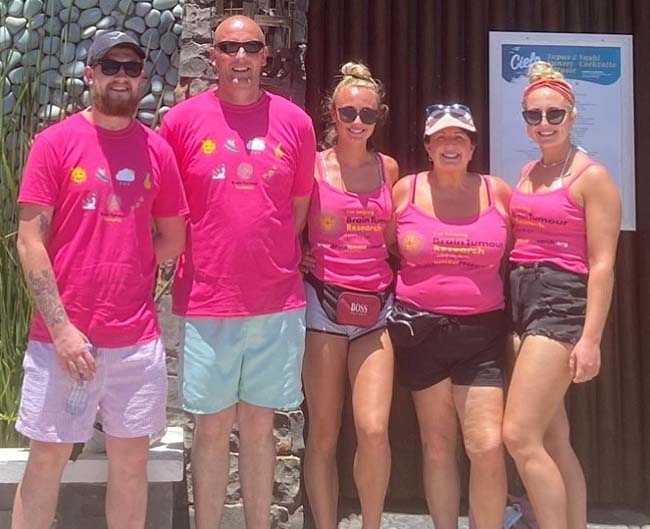 “After the scan, the doctor called and said he had good news and bad news. The good news was that they now knew what caused my seizure, but the bad news was that I had three brain tumours. It was a huge shock. At first, I was very quiet but then I just broke down.”

All three brain tumours were meningiomas. I had a 6.5cm meningioma at the front of my head, and two smaller ones at the rear. Doctors told me that they would remove the large tumour and continue to monitor the other two as they were pressing against a main vessel.

“The only option was surgery which is dangerous and comes with risks such as paralysis, brain disfunction, and even death. The thought of it was really scary.” 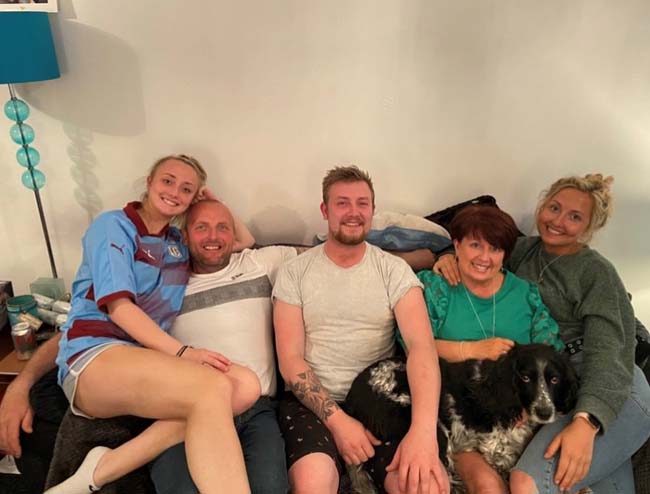 My operation was supposed to be on 3 January 2022, but I got COVID on Christmas Day and had to cancel the procedure. I eventually had the large tumour removed on 18 February at Queen Elizabeth University Hospital in Glasgow.

After the operation, my head was numb for three weeks. I also got infections and had to go to hospital on several occasions. I needed to be treated with steroids and oral antibiotics. Even now, I still get numbness and funny feelings in parts of my head.

Six weeks after my operation, I became paralysed down my left-hand side, which was really scary. I had to be flown by air ambulance to Queen Elizabeth University Hospital. The cause was excessive fluid which was putting pressure on my brain, and it needed to be treated with steroids.

When all this was happening, I took it in my stride but when I think about it now, it upsets me so much. I’ve been floored by this; I can’t work and I can’t drive.

“I’m used to being active and I never anticipated the fatigue that I would experience. Some days I feel so terrible, really low, and I don’t want to go on, but then I think ‘no, let’s carry on’.” 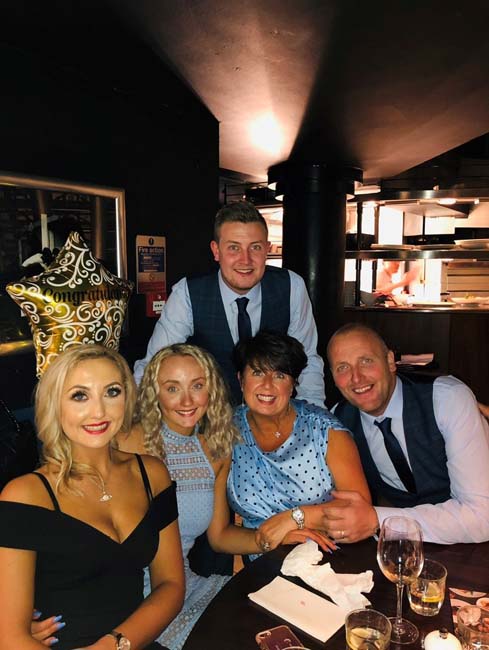 I just want to get back to some sort of normality. Fortunately, I’ve had huge support from my husband, my children Sophie, Stacy and Jamie, family, friends and the dancing world.

I’ve just completed the Jog 26.2 Miles in May challenge and raised over £4,500 for Brain Tumour Research. I was so determined to do this, and I just want to give something back after the wonderful care from my doctors and surgeons. I’m shocked at how little funding brain tumours get compared to other cancers and that needs to change.

I still have two brain tumours so I’m not out of the woods yet, but I just want to raise awareness of this devastating disease. Islay has a fantastic community and so many people have been so kind and donated, I’m totally humbled. 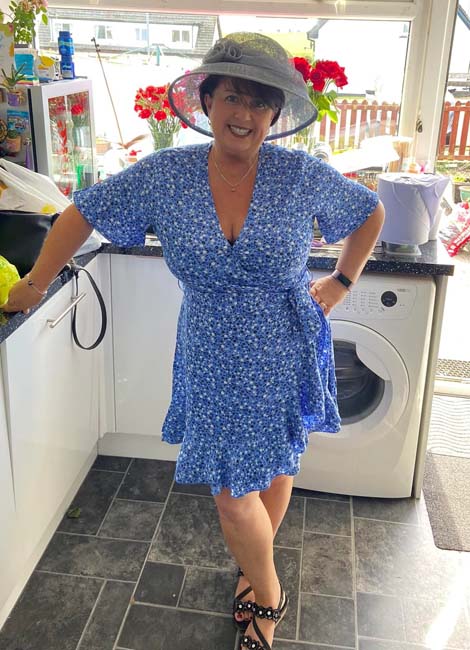