When retired teaching assistant Joy, 59, began suffering from problems with her speech, she never imagined a brain tumour was the cause of her symptoms. Her diagnosis with a grade 2 meningioma in October 2017 came as a devastating blow to Joy, her husband Tony and their sons but fortunately, after surgery and radiotherapy, there is now no sign of the tumour. In February 2019, in recognition of her fundraising, Joy placed a commemorative tile on the Wall of Hope at the Brain Tumour Research charity’s Centre of Excellence in Plymouth, and she hopes that in sharing her story she will inspire other patients.

Hindsight is a strange thing and looking back I can see that I’d not felt entirely myself for a while, but I put it down to symptoms of just getting older.

A week or so before Halloween in October 2017, I remember breaking down in tears in the car to my husband Tony, as I was getting frustrated about not being able to describe something simple that had happened earlier that day. I knew what I wanted to say but just couldn’t get the words out.

My speech worsened throughout the week. I’d have the picture in my mind of what I wanted to say, but couldn’t articulate the words. I’d be at the computer staring at the keyboard trying to work out what I wanted to type; I’d be on the phone to someone, and couldn’t hold a conversation. I’ve since learned this is a condition called dysphasia.
Also, during those past couple of weeks I had also been desperately

needing to go to the toilet, and this was getting worse. I’d be up in the night at least six times and if I was out and about during the day, I’d be nipping to the loo at least every hour. I’d not had any headaches, dizziness or seizures, none of what I understood to be typical symptoms of a tumour.

"All sorts of things went through my mind: dementia; kidney infection; multiple sclerosis (MS), particularly as my mum had died of complications due to MS. I didn’t think my symptoms were any way linked together, and certainly didn’t think I had a brain tumour."

I went along to my GP, who we cannot thank highly enough, on Friday 29 October and after he spoke with me and did a few tests, he sent me straight to A&E at Yeovil District Hospital with a letter requesting an urgent scan. They saw me quickly and did further assessments.

Among the many tests, the most upsetting one was when I was shown a picture of a series of objects, which I had to name. They showed me a picture of a family in a kitchen: a couple of children getting things out of a cupboard, a mum washing up at the sink. I had to describe what was happening, but I couldn’t. It was such a simple picture and it was then I knew something was seriously wrong.

"I had a CT scan which showed ‘a substantial mass’ in my brain and had to wait until the next day for an MRI."

We waited for the scan to be reviewed by the team at Southmead Hospital in Bristol and three days later, we had an appointment with one of the top neurosurgeons. He confirmed it was a tumour, possibly a meningioma, the size of an egg and located in the frontal lobe. I was put on anti-seizure medication and steroids to reduce the swelling and I was booked in for a craniotomy on 11 December 2017.

The surgery took seven hours and thankfully the wonderful surgeons managed to get it all out, and it was indeed a grade 2 meningioma. In March 2018 I had six weeks of radiotherapy to mop up any lingering cells, in the hope that it would reduce the chance of the tumour coming back. 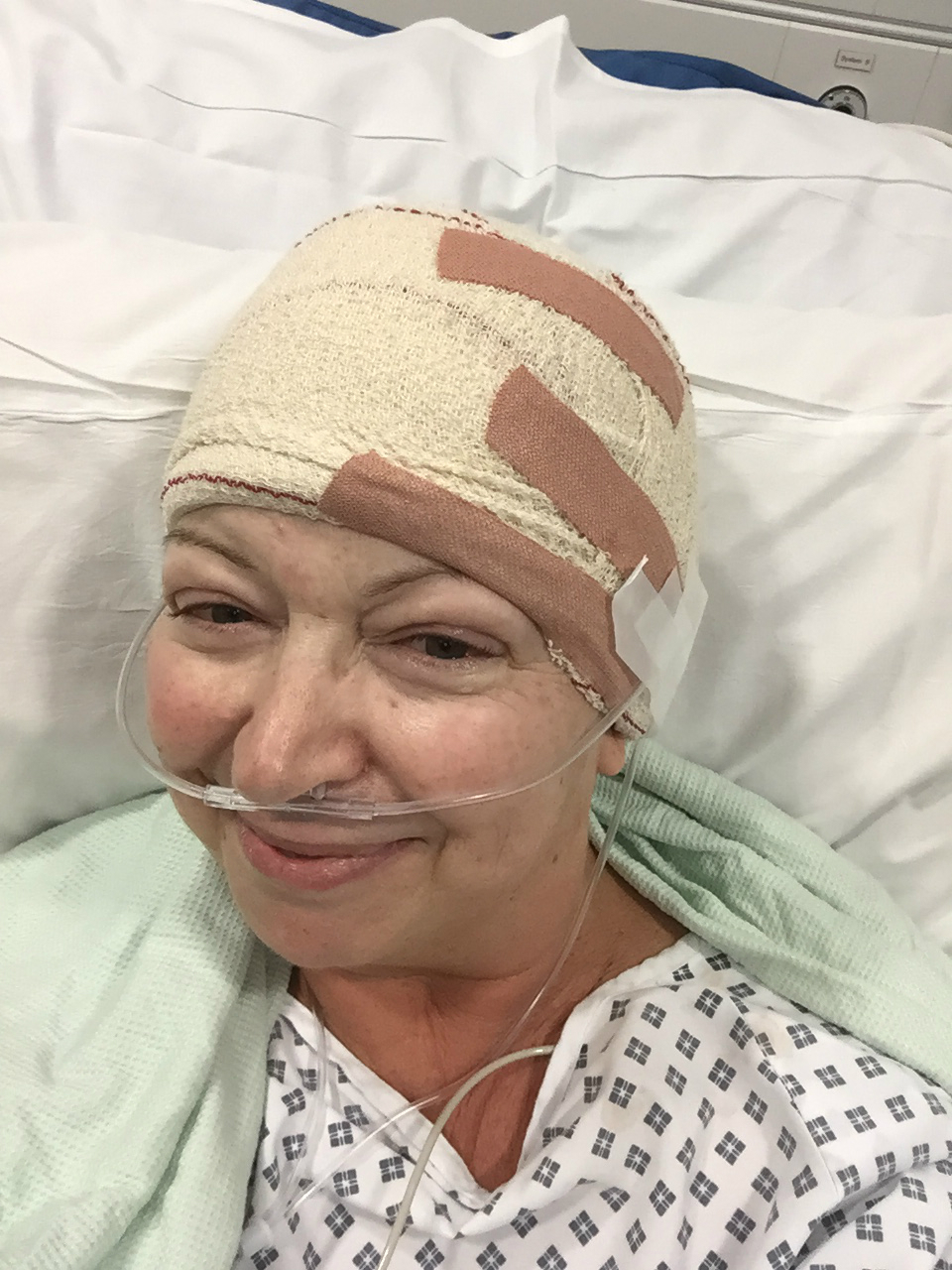 I had my yearly scan in November 2018 which came back all clear. This was a huge relief and now I will have yearly scans. Since being given the all clear, its reaffirmed to me how precious life is and to make each moment count. 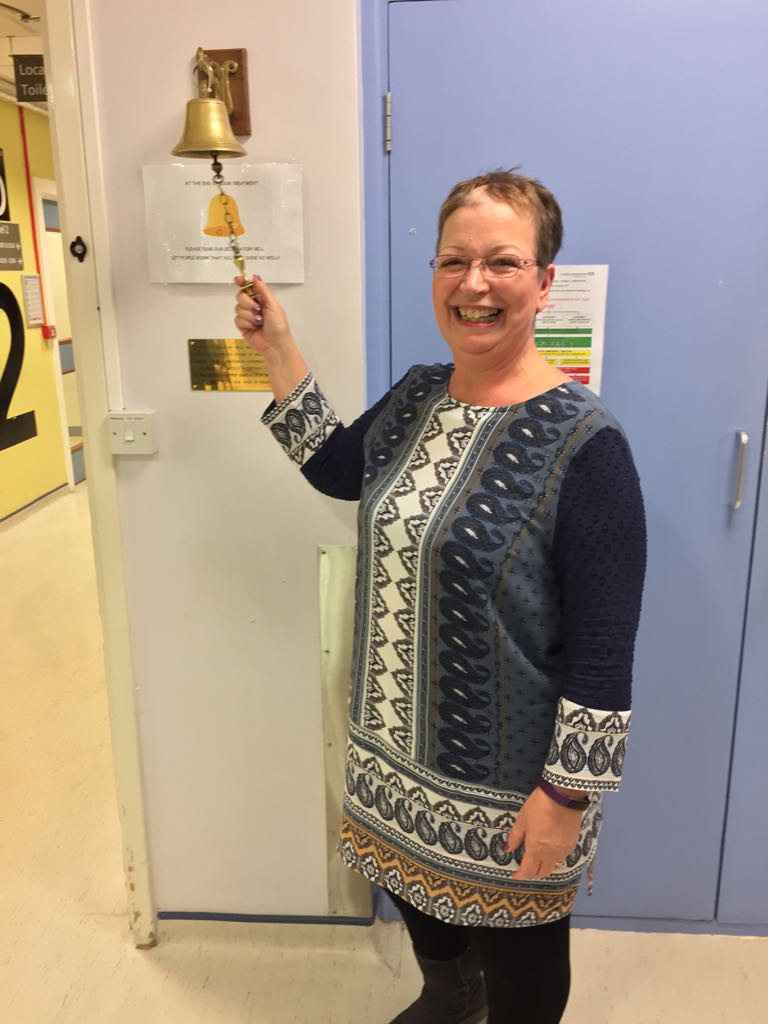 We went through a wave of emotions during my diagnosis and treatment. It was a roller coaster ride. The most terrifying, frightening, worrying time my family and I have ever been through and the hardest part was having to tell my children that I have a brain tumour.

Sponsor a day of research

It was a pleasure to place a commemorative tile on the Wall of Hope at the Brain Tumour Research charity’s Centre of Excellence in Plymouth, in recognition of my fundraising activities throughout the years, such as cake stalls and raffles. I hope that through fundraising and sharing my story, I give hope to those that are still suffering, that together we will find a cure, and remind us all to cherish each and every day and all our loved ones, as you never know what tomorrow may bring. 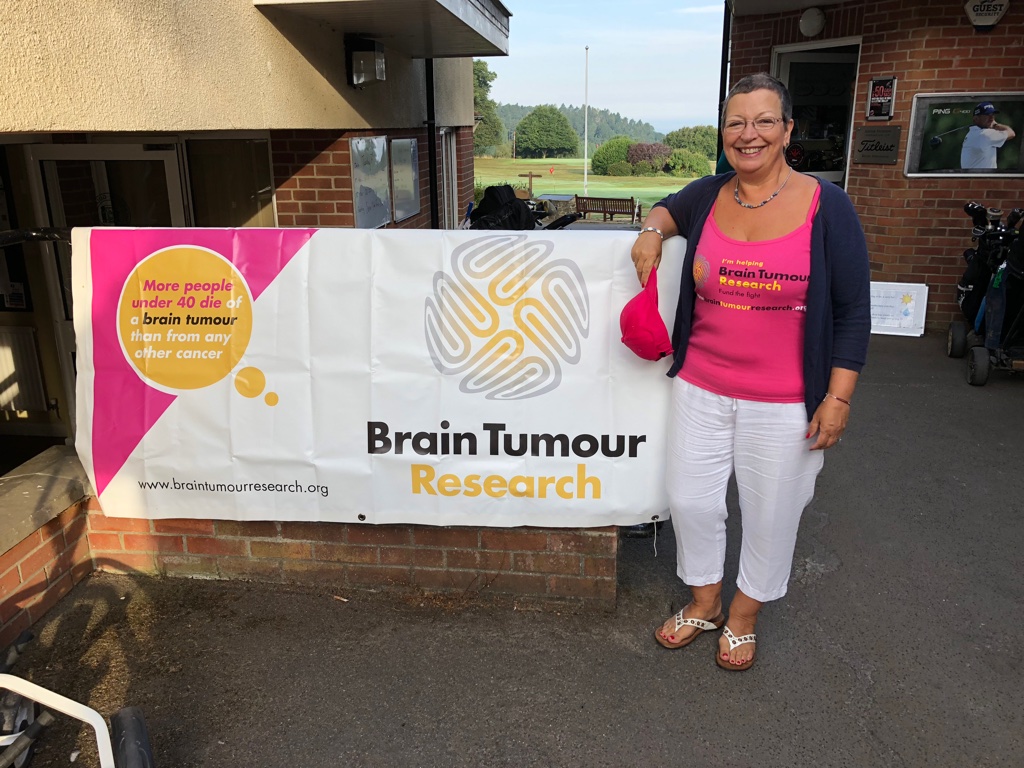 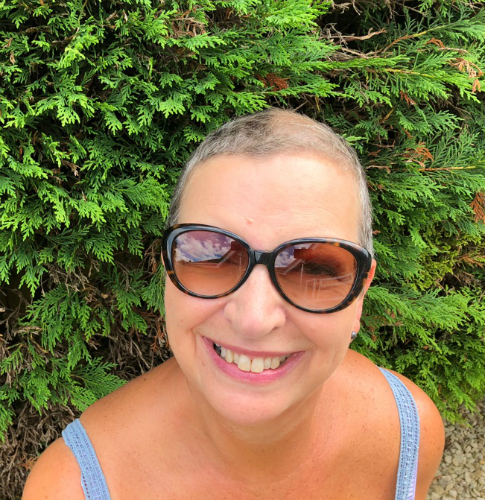