In 2003 and aged 17 Jack Brydon discovered he had a brain tumour. Today he is fit and well and leading a normal life.  He counts himself as one of the few lucky ones.
It happened totally out of the blue in 2003, when I was in the first year of 6th form at school and aged 17.  One minute I was fine, having a great time on a cricket tour in Sri Lanka and then, without any warning, I was having an epileptic fit, arriving at one of the hotels we were staying in.

I just brushed the incident under the carpet unitl I was back in England,
putting it down to the humidity.  But when I went to the Royal Shrewsbury Hospital for a CT scan something showed up as a cause for concern.  It was very difficult to take in and everything happened so quickly.  I was referred to Professor Cruickshank at Queen Elizabeth Hospital, Birmingham where I had a MRI scan which was to confirm that I had a brain tumour.  Later, I discovered that my tumour was a Grade II Astrocytoma which could have been there for a few months.   When I had the surgery a couple of months later, the tumour had grown bigger, but Professor Garth Cruickshank managed to remove most of it.

As soon as I could, after the operation, I was back at school preparing to take my A’levels the following summer.  Nine months after my surgery I cycled from Lands End to John O’ Groats and raised £6,000 which was split between the Neurological departments at the Royal Shrewsbury Hospital and the Queen Elizabeth Hospital, Birmingham.

I really haven’t had any problems since and the worst I had to put up with was not being able to drive for a few years. I am now as fit as a fiddle, working in London and still playing a high level of sport (including representing Shepherds Bush at cricket who play in the Middlesex Premier League) as I am very competitive.  The illness hasn’t stopped me from doing anything, but it has brought everything into perspective.

I feel very lucky because of the nature and position of the tumour and because I had such a wonderful neurosurgeon in Professor Cruickshank. He has done fantastic things for some people and I was fortunate enough to be one of them. 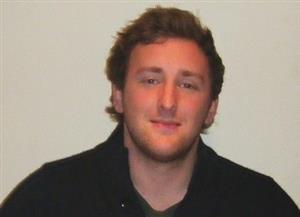