Iona Alford was just 22 when she was diagnosed with a brain tumour, but says that, despite the shock, in many ways it changed her life for the better. Following surgery to remove a rare ganglioglioma her prognosis is good and she is looking forward to a once-in-a-lifetime trip to Australia.

“After my diagnosis, I changed my job and booked a once-in-a- lifetime trip to Australia for six months. Although it’s a big step, I’m so excited to start this adventure and I know my illness inspired me to take that leap. For many people, travelling is about finding yourself but, for me, it’s about putting myself back together.”

The first time I had a nocturnal seizure, in August 2017, it was like something out of a horror movie. I woke up covered in blood, after falling out of bed and breaking my nose. I barely remember anything but felt so sorry for my friend’s young son who woke up to see me like that.

The A&E staff didn’t seem overly concerned, so I tried to put it to the back of my mind. It wasn’t until the following October that things got more serious. Again, I was struck down in the middle of the night and I barely remember anything at all. I was staying at a friend’s in Nottingham and woke up to her in a frantic state, saying she’d rung an ambulance because I’d had a seizure in my sleep. She told me she wouldn’t have wished what had happened on her worst enemy; I was writhing and my muscles were contracted.

I was taken to the Queen’s Medical Centre in Nottingham and then to Peterborough City Hospital the following day. What happened next was a total blur and I don’t think any of it truly sank in. I was told I had a brain tumour. I was only 22 and my own mortality had never crossed my mind, so I couldn’t comprehend the fact that I had been diagnosed with a life-threatening illness. I was numb. My parents were distraught and it affected my best friend Aisha so badly that she had to take an afternoon off work to cope with the news.

All I knew was that I wanted the tumour out as soon as possible. I was transferred to Addenbrooke’s in Cambridge and was told that the growth was in my frontal lobe, close to the areas of my brain that controlled my speech. The staff were very supportive and helped to put my mind at ease. Because of its location, I was advised to have to have an awake craniotomy to ensure there was minimal damage to healthy tissue. My tumour was eventually diagnosed as a ganglioglioma, which is extremely rare. I felt rather special when I had a 3D scan of my brain sent all the way to neurologists in Germany, which reminded me how unusual my diagnosis was.

The doctors were eager to book me in for surgery quickly, so I knew things were serious. I tried to remain positive and I think this was largely due to the great support network I had around me – my doting parents, friends and my neurosurgeon, Mr Morris, who instilled a great deal of optimism in me. The operation took place on 22nd January 2018 and lasted for six hours – I was awake for four of them. I remember having to identify objects on pictures, waxing lyrical about food, of all things, and reminiscing about the Christmas dinner I had eaten just a month beforehand.

Before the operation, I’d asked my neurosurgeon if I was going to come out of it speaking Japanese, though he laughed and told me this would not be the case. Fortunately, I suffered no adverse effects and both the medical staff and my parents, who had expected to find me all tubed up, were amazed at my quick recovery. I was out of hospital within 48 hours.

An MRI scan four days later confirmed that all of the tumour had been removed and a follow-up scan three months later also came back all-clear. While I need routine scans for the next ten years, my prognosis is good and there is no reason that I can’t live to an old age.

In many ways the past year has changed my life for the better and I would like to share my story to help raise awareness about brain tumours. After my diagnosis, I quit my job in accounts as I found dealing with the worry of managing money, while living with a brain tumour, was too much to cope with. Nowadays, I’m enjoying working in a factory and I find this a lot less stressful.

One of the worst parts about being diagnosed was having to surrender my driving licence. I couldn’t go and visit my friends and my employment opportunities were restricted – it was very isolating. I’m currently reapplying for my licence and I’m optimistic that I will behind the wheel again soon.

I’ve learned to live my life in the moment and so I’ve booked a once-in-a-lifetime trip to Australia for six months, in February 2019. I will be travelling by myself and meeting family members in Perth, who I met earlier this year. Although it’s a big step, I’m so excited to start this adventure and I know my illness inspired me to take that leap. I have a working visa so am looking forward to different opportunities and experiences and I’m eager to meet lots of new people. My diagnosis gave me an intense reality check and taught me to just do what makes me happy. For many people, traveling is about finding yourself but, for me, it’s about putting myself back together. 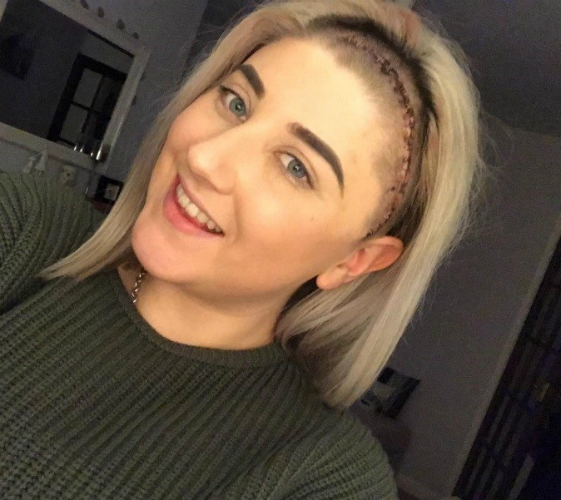