Mum-of-three Imelda Turnock started experiencing severe headaches and personality changes that saw her diagnosed with bipolar 18 years before her grade 1 meningioma was discovered in March 2022. The 54-year-old psychotherapist, of Guildford in Surrey, underwent a nine-hour craniotomy in May and, despite suffering permanent memory loss and anosmia, also known as smell blindness, is excited to be able to enjoy life once more and spend quality time with her family.

I experienced personality changes and was diagnosed with bipolar around the same time that I started having headaches and forgetting things in 2004. I now know there’s a high chance that my tumour caused my extreme highs and lows, the mania and depression that were attributed to bipolar. I also experienced a personality change because the tumour, which measured 5cm x 5.5cm, was pressing on my frontal lobe. I became rude, blunt and aggressive. My symptoms were even attributed to long-Covid after I caught COVID-19 in March 2020, but this too is now in question.

“What I do know is that I’ve had a lot of apologies to make for my behaviour since getting diagnosed with a brain tumour.”

I became a psychotherapist due to my personal experience with mental health issues, but my personality changes became so extreme that, by January 2022, I was made redundant and diagnosed with attention amnestic disorder, which involves problems with memory function. I’d lost all my energy; I couldn’t walk more than half a mile and was sleeping 14 hours a day. I couldn’t remember how to drive to my mum’s house or where my psychiatrist practiced from, and I forgot that my friend had had a double mastectomy and all sorts of other things I should have known. I felt half dead and was oblivious to almost everything going on around me.

“Nothing made much sense, but it still never crossed my mind that I could have a brain tumour.” 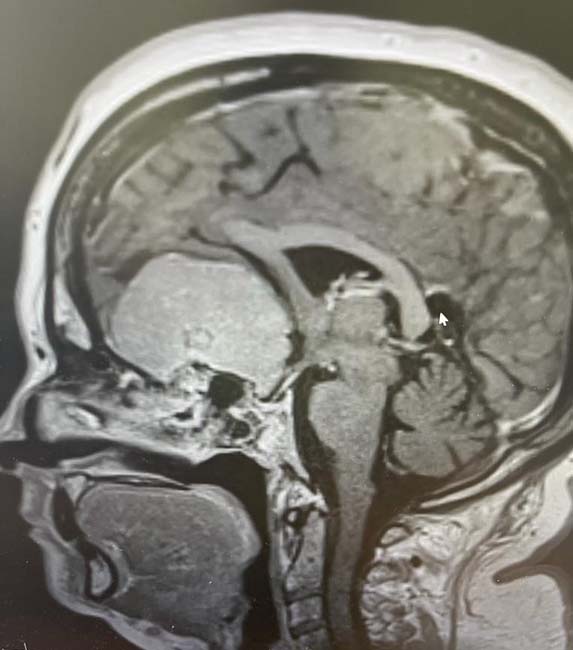 My diagnosis came following concerns from a family member. I told them how much I’d love to see the musician Nick Cave and they, knowing that I’d seen him perform in Bournemouth not long before, felt sure that something was wrong and encouraged me to push for more medical investigations. Finally, in March I had a memory test and was referred to a neurologist at the Royal Surrey County Hospital in Guildford, where I had an MRI scan. I was called back for a second MRI two days later and, even though that was very soon after my first and took place on a Sunday, I didn’t think much of it at the time. 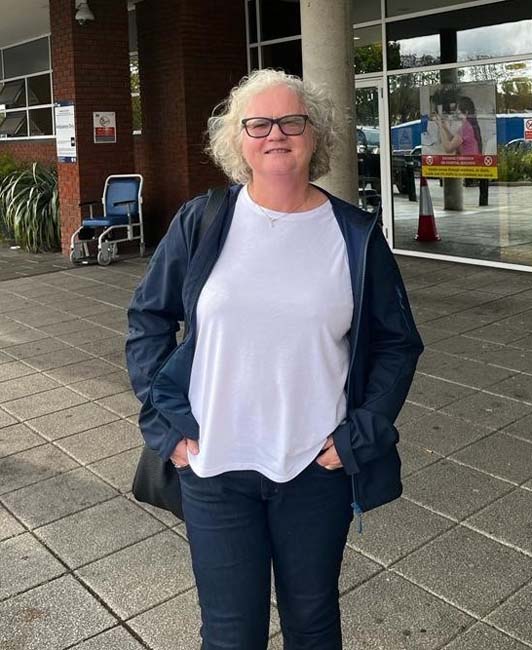 I was in shock when the neurologist gave me my results a couple of days later. He didn’t use the word tumour, which I think was deliberate and very kind, instead saying that he had ‘found something’. He showed me my brain scan, which revealed an enormous meningioma, and said he was going to refer me to St George’s Hospital in London, which is where I was told my tumour had to come out. Doing nothing would have certainly resulted in death, but the operation itself carried a 10% risk of blindness due to my optic nerves being wrapped around the tumour, as well as paralysis or death, which was terrifying to hear.

“I have three children, who were aged 18, 22 and 24 at the time, and sharing my news with them was horrendous.” 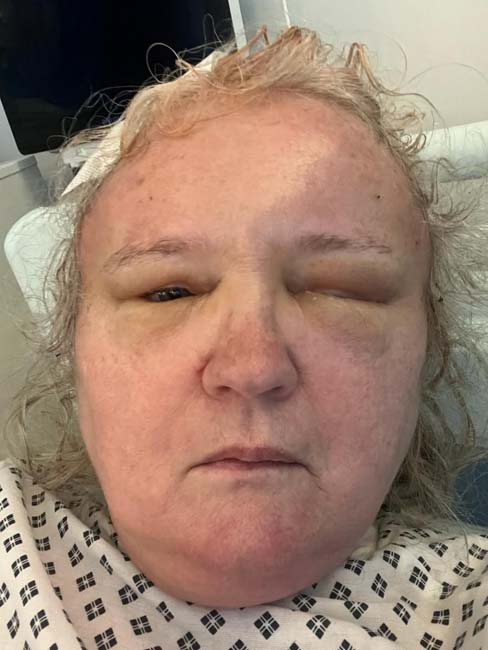 I was admitted to St George’s on 23 May in preparation for having a craniotomy two days later. I wasn’t expecting the call so had no time for long goodbyes; I just packed my bag and my husband Craig drove me in. The operation took about nine hours and involved a team of three surgeons in addition to the usual theatre staff. When I came round after surgery, I had two black eyes but was ecstatic to be alive. It was incredible to be able to see and to know that I wasn’t paralysed. I was discharged seven days later, but before I was, my surgeon noticed I had a swelling indicating a spinal fluid leak.

“When I returned, as planned, after the June bank holiday, my forehead was so big that I looked like ET and had to have 600ml of fluid drained from it.” 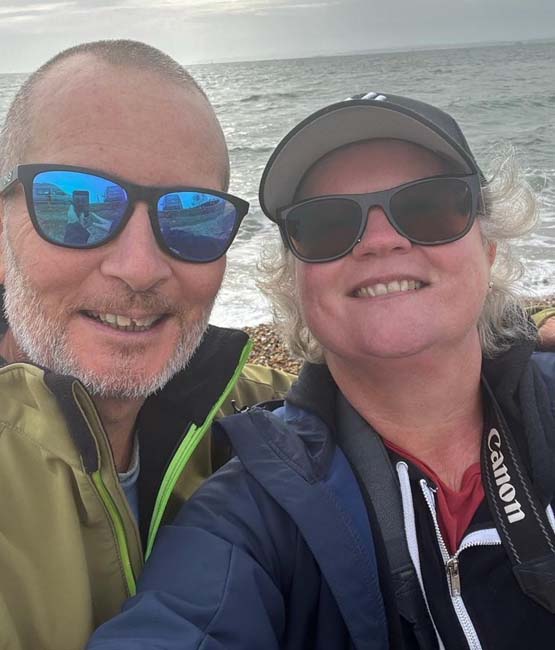 My tumour was low-grade and has been fully removed but I’m still suffering with headaches and my right eye is lower than my left and droops. I actually went to A&E about the headaches because I was worried they could have been caused by pressure from swelling in my brain, but it turns out they’re just something I’ll need to learn to manage and, hopefully, won’t last forever. I now know they’re due to the nerves on the right-hand side of my head and forehead being either dead or damaged. Apparently, some patients have them for up to two years after surgery as a result of their nerves joining together again. As my incision ran from ear to ear across the top of my head, it’s perhaps not too surprising that I have them. I’ve been referred to a neurologist at the Royal Surrey for help with pain management and to a neuropsychologist and neuropsychiatrist at St George’s. 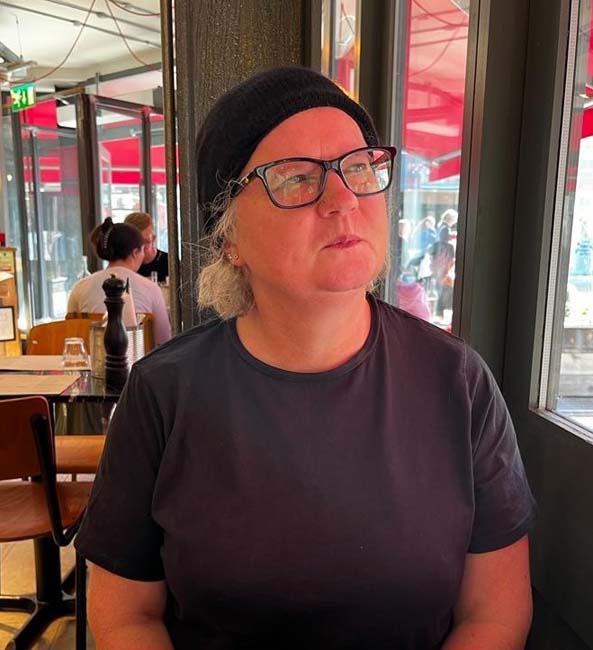 Meningiomas can present on the outside of the brain and push inwards, compacting the brain to make space for them. In my case, my brain was literally squeezed into a ball half the size it should have been. It’s still decompressing even now, five months after surgery, with my last scan showing a hole that my brain should eventually expand to fill. This will be monitored as I continue to have annual scans over the next 10 years. I know I’ll never regain my sense of smell, which I lost 10 years ago, and I have permanent memory problems, but I’m hoping to get help from a memory clinic. 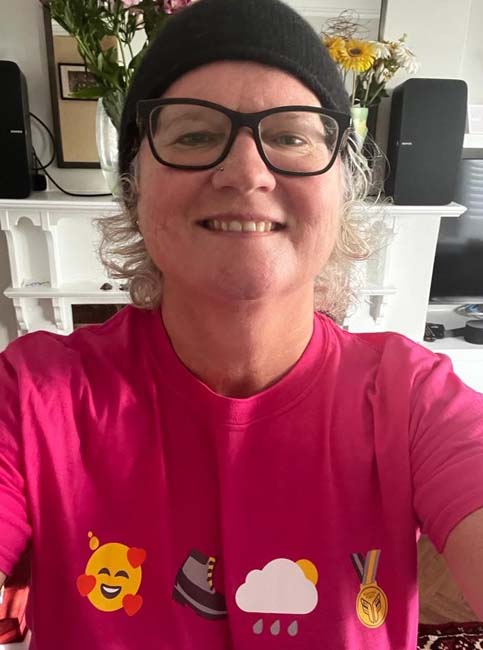 “Losing your memories is scary because they are part of your identity.”

I can’t feel too bitter about the problems I’m left with though because I’m so grateful my tumour was found and that I was operated on and kept alive. I do know that if it had been found earlier, I might not have the memory problems I do now. In retrospect, I would like to know why all this happened but more research is needed for that, which is why I support the work of Brain Tumour Research and will be taking part in its 100 Squats or Star Jumps a Day in November Challenge. It’s a big deal for me because I’m still recovering but I’ve already raised more than £600 and every time I get another sponsor, it gives me a boost. 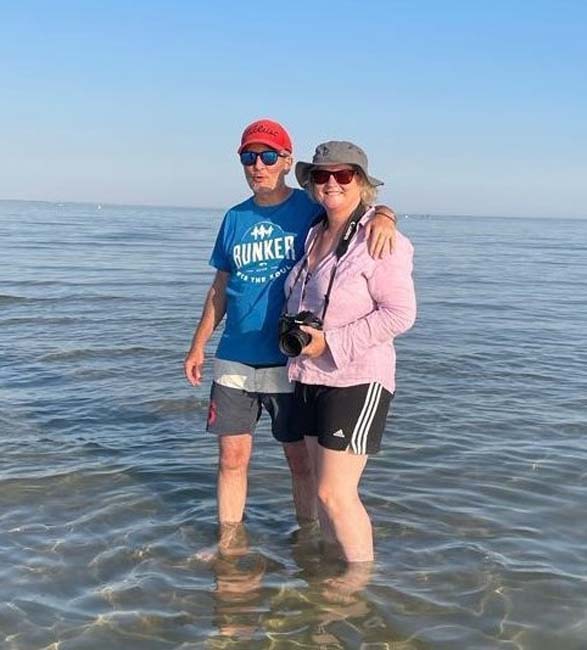 “The most positive thing to come from all this is that I’m now able to be there for my husband and children again.”

They’ve seen me lying on the sofa for far too long and have had years of me not participating in their lives, but now I’m back and able to do things with them. I’m enjoying my life once more and I’m able to spend quality time with my family and friends. I also now have the energy to go swimming and to the gym, so I’m noticing the weight I put on over the last few years – which I believe was caused by the tumour feeding on my sugar intake – drop off. I want to give something back to those who have helped me get to where I am today and I’m keen to support further research to help future brain tumour patients like myself. I also don’t want people to have their brain tumour symptoms dismissed, like mine were.

“It took 18 years for an MRI to be suggested to me, so I want others to be aware of the symptoms of brain tumours so they can push for them to be investigated sooner.” 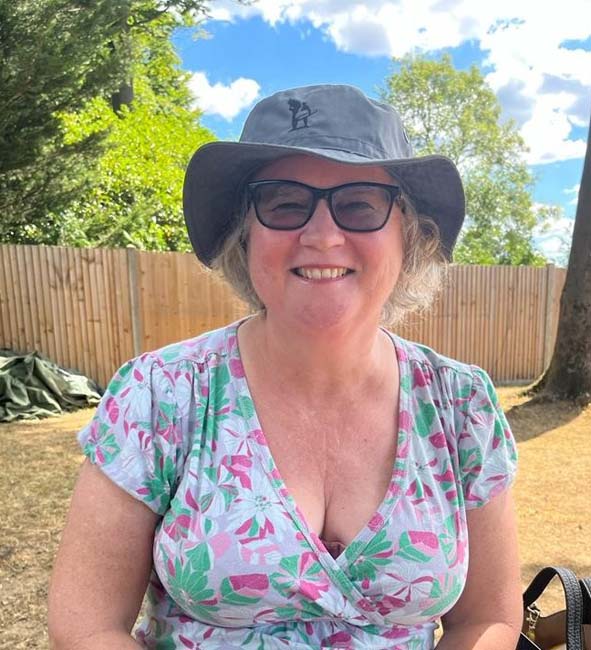