Mother-of-two Gemma Gliddon is awaiting surgery for a schwannoma brain tumour which has regrown after a previous operation. Determined to remain positive, Gemma, 32, is training to become a nurse and is helping to raise awareness and funds for research by taking part Wear A Hat Day 2015 just four days after her latest operation.
It was in 2007 when I started having headaches that I realised something was wrong. I had several visits to my GP over a period of about three months but didn’t feel I was being taken seriously. In addition to having a sensation as if I was going cross-eyed, I started being sick in the mornings. I also felt very tired but the doctors just put my symptoms down to stress, saying that I was depressed and suffering from tension headaches.

But I knew things weren’t right and eventually got a referral to a neurological centre in Eastbourne. There they discovered some haemorrhaging behind my eye. They found me a bed and there were various tests. These included a CT scan which showed there was something on my brain. Then I had an MRI scan. My husband Wayne wasn’t with me at the time but a friend was visiting and she was there when they broke the news. It was a brain tumour. In a way I felt relieved to hear it as I had began to doubt myself as so many people had dismissed my physical symptoms. I felt numb. Our son Jayke was so little and all I remember feeling was that I wanted to go home and be with him.
The first thing I asked was: “Am I doing to die?” The doctor couldn’t answer that. There is a lot I don’t remember from that time and I think that’s partly due to the shock but also I wasn’t functioning properly because of the tumour.

My family came to the hospital so we could say our goodbyes. I was transferred to ITU and then went into surgery on 2nd August 2007, Jayke’s third birthday.

It was a dreadful time. I should have been at home celebrating with our son but instead I was going into surgery for an operation which would last between six and eight hours and no-one really knew how things would turn out for me.

I count myself very fortunate that my tumour was not cancerous. The doctors later told me I had two benign schwannoma tumours on my brain stem. Part of my skull was taken away in order to remove them and the operation was a success. No further treatment was required, I recovered well and went for follow-up scans every two years.

I began to get my life back on track again and started at Brighton University in September 2012, studying to become a nurse. The following August I began to have headaches once more, the pains were back in my head, my eyes and neck. Investigations were inconclusive and put down to nerve damage from previous surgery but things really escalated in August 2014 when another mass was spotted in one of my two-year follow up scans. This requires further surgery although in a way I am lucky as the tumour is slow-growing.

This whole experience has made me a stronger person. I look at people now and think: “Why are you taking your life for granted?” None of us knows what is around the corner and this has taught me to make the most of every day. We have two children now. Luke is six and too young to understand what is happening to me. I do talk to Jayke who is 10 and tell him he can ask me anything he wants.

He lost his grandfather to lung cancer a few years ago and said to me: “Are you going to die like granddad?” I tell him not to worry. As a mum I don’t worry about myself, all I am concerned about is looking after my children. Brain tumours kill more children and adults under the age of 40 than any other cancer ... yet just 1% of the national spend on cancer research is allocated to this devastating disease. This is unacceptable! 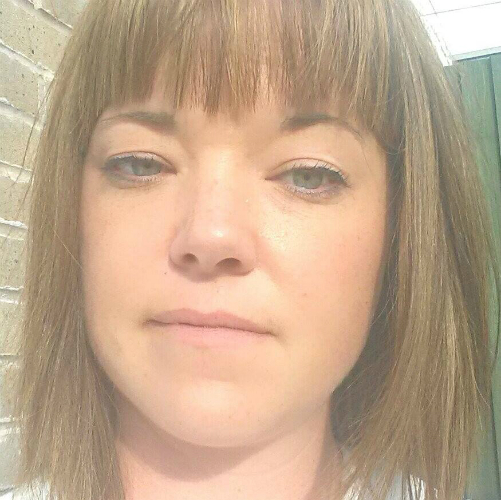