Gavin had recently become a father and had been married for just six weeks when he was diagnosed with cancer of the spine which had metastasised to his brain. His new wife and baby daughter had to move temporarily from Cornwall to Bristol to be with him as he underwent surgery and radiotherapy treatment.

When I met Gavin four years ago, he was really healthy and active, enjoying body-boarding and water sports generally. We met through our mutual love of karate – I was already teaching classes and he was on a training programme to be able to teach. He still trains now which is very helpful for his rehabilitation and helping him regain the strength in his legs.

Gavin had problems with back pain for around 10 years, but never thought it was anything serious that needed investigating. Around the beginning of 2019, Gavin started experiencing excruciating pains in his back which got worse and worse. On our wedding day, 9 February 2019, as well as the awful back pain, he also had pins and needles in his left leg.

Then, on the morning of 29 March 2019, Gavin woke and struggled to get out of bed. He ended up on the floor in the foetal position, unable to move. I gave him ibuprofen and paracetamol and hoped that would do the trick.

Because I had to shoot off to judge a karate competition, I asked my mum and dad to come over to be with Gavin. When he found he was unable to urinate, they called me to come home and also called 111 because it was a Sunday. A doctor advised us to take him to A&E at Treliske Hospital in Truro where Gavin had an MRI scan.

“I knew that we weren’t going to be given good news when a doctor, accompanied by a nurse, took us to a private room with a handy box of tissues. I remember experiencing a real feeling of fear in the pit of my stomach.”

The doctor explained that he had been liaising with a specialist in another hospital and that Gavin had a tumour in his spine and what looked like further spread along the whole of the spinal column and in the brain. 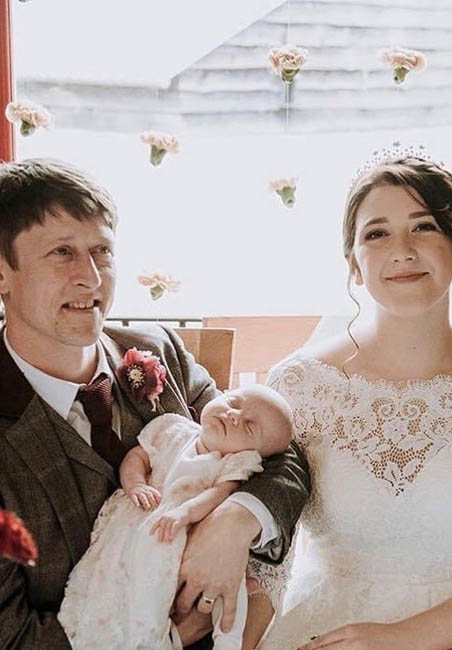 “I couldn’t believe what I was hearing. Gavin and I had a three-month-old daughter, Evelyn, and we had only been married for six weeks.”

Over the next few days, Gavin had further blood tests and scans and then was transferred to Derriford Hospital in Plymouth where a biopsy was taken and the primary tumour in his spine was debulked. Two weeks later we met with a neuro-oncologist who told us the diagnosis was a metatastic ependymoma and that the cancer was incurable.

She couldn’t give us any indication as to whether it was going to grow again, but told us that Gavin would have be to regularly scanned and monitored.

Gavin noticed a big improvement after the surgery in his back pain as well as with the pins and needles in his legs.

On 21 April, Gavin went to the Bristol Royal Infirmary where he started radiotherapy treatment the following day.

Evelyn and I found accommodation in Bristol so we could be with Gavin and support him through his six weeks of radiotherapy. It was a hugely difficult time for all of us. I was a new mum with a clingy baby who cried a lot. It was very hard to get her settled because there is always some commotion or other going on in the hospital and I remember a couple of times crying myself. Normally with a new baby, the couple share the load of changing nappies, feeding and settling the baby, but I was having to do all this on my own while living in a big city, far away from our semi-rural life in Cornwall.

I was also trying to look after my husband, so felt I was being split in two directions. It was very difficult. 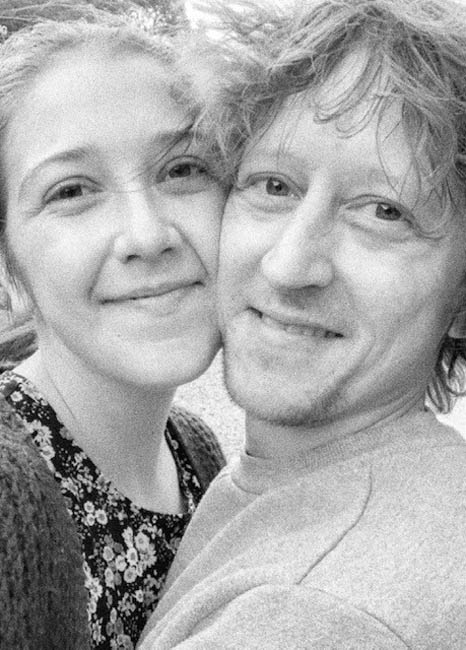 Around week three, we found ourselves without accommodation for a few days, so Evelyn and I went home for a week.

“Meanwhile Gavin’s hair started falling out and his scalp felt like it was on fire. He went to a hairdresser and asked them to shave his hair off as he was finding it quite distressing waking up to so much hair on his pillow.”

It was a great day when Gavin finally completed his treatment and our little family could return home to Cornwall together.

We were really happy that a scan showed the cancer remained stable and all subsequent scans have shown no further growth. 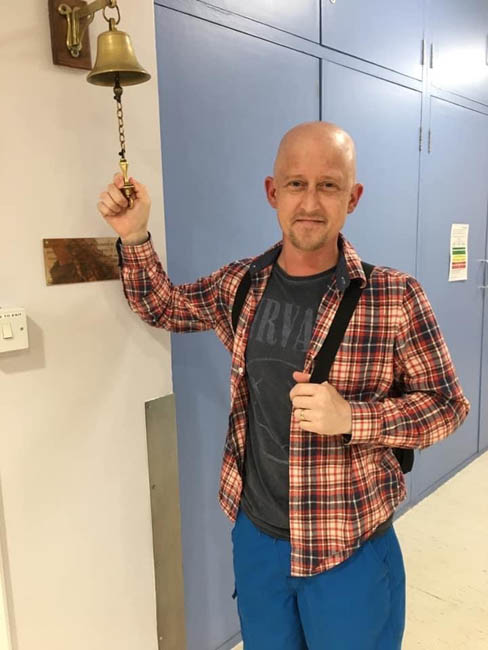 Gavin has suffered with memory problems since his radiotherapy and we don’t know whether this will ever improve. He also regularly gets dull pain in his back and sometimes pins and needles in his legs, as well as suffering with chronic fatigue and headaches. Gavin can’t walk very far before the pain gets really bad and he needs to rest. We are hoping that the exercises he does, including for karate, will help give him better strength in his legs and core muscles.

“It is difficult when people look at Gavin because he seems so healthy, yet he is living with the life-changing effects of radiotherapy and the battles he has to face on a daily basis.”

There is a lot of judgement directed at people with a blue disability badge, yet often their disability is not immediately apparent.

Gavin and I are keen to add to our little family and have been told we should probably think about this sooner rather than later. He has had a fertility test and we are waiting to hear the results. We did think about sperm-freezing before his radiotherapy treatment, but we weren’t eligible for NHS funding because we had Evelyn already and we were also having to self-fund our accommodation in Bristol. 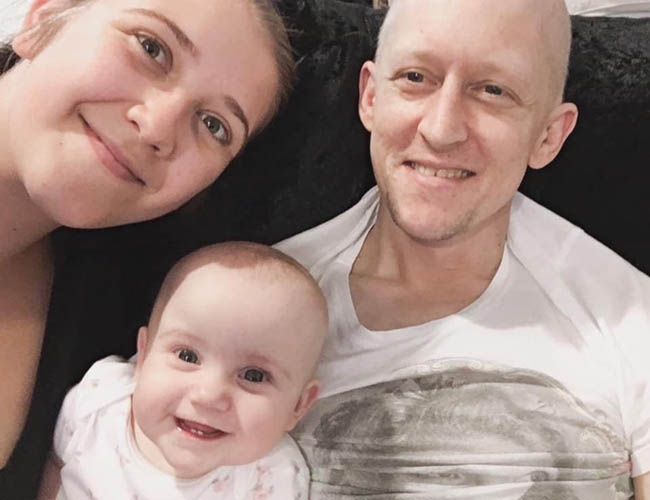 “If there has been one good thing which has come out of Gavin’s cancer, it’s that it made me determined to go to university to study medicine myself. I am currently working in operating theatres as a healthcare assistant, but I now know I want to become a doctor specialising in neurosurgery or neuro-oncology.”

Gavin and I are keen to raise awareness. We know how shockingly underfunded research into brain tumours is, yet brain tumours kill more children and adults under the age of 40 than any other cancer. Gavin will have to live with cancer and its debilitating side-effects for the rest of his life. 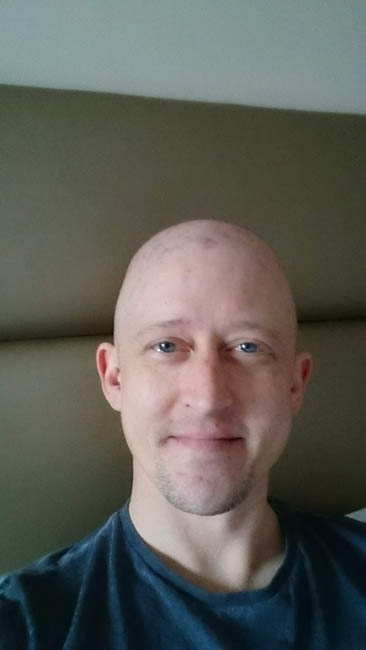